Get the daily forecast and severe weather alerts in your inbox!

Above the equator, winter officially begins in December. But in many areas, January is when it really takes hold. Atmospheric scientist Deanna Hence explains the weather and climate factors that combine to produce wintry conditions at the turn of the year.

How does the Earth’s orbit influence our daylight and temperatures?

As the Earth orbits the sun, it spins around an axis — picture a stick going through the Earth, from the North Pole to the South Pole. During the 24 hours that it takes for the Earth to rotate once around its axis, every point on its surface faces toward the sun for part of the time and away from it for part of the time. This is what causes daily changes in sunlight and temperature.

There are two other important factors: First, the Earth is round, although it’s not a perfect sphere. Second, its axis is tilted about 23.5 degrees relative to its path around the sun. As a result, light falls directly on its equator but strikes the North and South poles at angles.

Seasonal changes are the most dramatic at the poles, where the changes in light are most extreme. During the summer, a pole receives 24 hours of sunlight and the sun never sets. In the winter, the sun never rises at all.

At the equator, which gets consistent direct sunlight, there’s very little change in day length or temperature year-round. People who live in high and middle latitudes, closer to the poles, can have very different ideas about seasons from those who live in the tropics.

As the Earth orbits the sun, sunlight strikes the surface at varying angles because of the planet’s tilt. This creates seasons.

There’s an old saying, “As the days lengthen, the cold strengthens.” Why does it often get colder in January even though we’re gaining daylight?

It depends on where you are in the world and where your air is coming from.

Earth’s surface constantly absorbs energy from the sun and stores it as heat. It also emits heat back into space. Whether the surface is warming or cooling depends on the balance between how much solar radiation the planet is absorbing and how much it is radiating away.

But Earth’s surface isn’t uniform. Land typically heats up and cools off much faster than water. Water requires more energy to raise and lower its temperature, so it warms and cools more slowly. Because of this difference, water is a better heat reservoir than land — especially big bodies of water, like oceans. That’s why we tend to see bigger swings between warm and cold inland than in coastal areas.

The farther north you live, the longer it takes for the amount and intensity of daylight to start significantly increasing in midwinter, since your location is tilting away from the sun. In the meantime, those areas that are getting little sunlight keep radiating heat out to space. As long as they receive less sunlight than the heat they emit, they will keep getting colder. This is especially true over land, which loses heat much more easily than water.

As the Earth rotates, air circulates around it in the atmosphere. If air moving into your area comes largely from places like the Arctic that don’t get much sun in winter, you may be on the receiving end of bitterly cold air for a long time. That happens in the Great Plains and Midwest when cold air swoops down from Canada.

But if your air comes across a body of water that keeps a more even temperature through the year, these swings can be significantly evened out. Seattle is downwind from an ocean, which is why it is many degrees warmer than Boston in the winter even though it’s farther north than Boston.

How quickly do we lose daylight before the solstice and gain it back afterward?

This depends strongly on your location. The closer you are to one of the poles, the faster the rate of change in daylight is. That’s why Alaska can go from having hardly any daylight in the winter to hardly any darkness in the summer.

Even for a particular location, the change is not constant through the year. The rate of change in daylight is slowest at the solstices — December in winter, June in summer — and fastest at the equinoxes, in mid-March and mid-September. This change occurs as the area on Earth receiving direct sunlight swings from 23.5 N latitude – about as far north of the equator as Miami – to 23.5 S latitude, about as far south of the equator as Asunción, Paraguay.

This satellite view captures the four changes of seasons. On the equinoxes, March 20 and Sept. 20, the line between night and day is a straight north-south line, and the sun appears to sit directly above the equator. Earth’s axis is tilted away from the sun at the December solstice and toward the sun at the June solstice, spreading more and less light on each hemisphere. At the equinoxes, the tilt is at a right angle to the sun and the light is spread evenly.

What’s happening on the opposite side of the planet right now?

In terms of daylight, folks on the other side of the planet are seeing the exact opposite of what we’re seeing. Right now, they’re at the peak of their summer and are enjoying the largest amounts of daylight that they’re going to get for the year. I do research on Argentinian hailstorms and Indian Ocean tropical cyclones, and both of those warm-weather storm seasons are well into their peaks right now.

[Over 140,000 readers rely on The Conversation’s newsletters to understand the world. Sign up today.]

So even though a spot on the opposite side of the planet from your location may receive exactly as much sunlight now as your area does in summer, the weather there may be different from the summer conditions you are used to. But it still can be fun to imagine a warm summer breeze on the far side of the Earth — especially in a snowy January.

Deanna Hence receives funding from NASA, the National Science Foundation, and the Illinois Campus Research Board.

This article is republished from The Conversation under a Creative Commons license.

20 of the best movies set in winter weather

20 of the best movies set in winter weather

Eternal Sunshine of the Spotless Mind (2004)

Get the daily forecast and severe weather alerts in your inbox!

Here is today's weather outlook for Jan. 19, 2022 in Charlottesville, VA

Charlottesville residents should expect temperatures in the 40s. The forecast calls for it to be a crisp 48 degrees. Today's forecasted low te…

Here is today's weather outlook for Jan. 20, 2022 in Charlottesville, VA

Cool temperatures will blanket the Charlottesville area Thursday. It looks like it will be a cold 41 degrees. A 18-degree low is forecasted. Y…

Here is today's weather outlook for Jan. 22, 2022 in Charlottesville, VA

Charlottesville people should be prepared for temperatures just above freezing. The forecast calls for it to be a nippy 36 degrees. Today's fo…

For the drive home in Charlottesville: Rain showers in the evening will evolve into a more steady rain overnight. Low 37F. Winds SSW at 5 to 1…

Here is today's weather outlook for Jan. 18, 2022 in Charlottesville, VA

Cool, 40 degree weather is predicted for Charlottesville today. It looks to reach a nippy 41 degrees. A 24-degree low is forecasted. Today's c…

Here is today's weather outlook for Jan. 23, 2022 in Charlottesville, VA

Cool temperatures will blanket the Charlottesville area Sunday. The forecast calls for it to be a cold 44 degrees. A 25-degree low is forecast…

Here is today's weather outlook for Jan. 21, 2022 in Charlottesville, VA

It might be a good day to spend time indoors, with temperatures barely hitting 30 though it will feel even colder at 29. Today's forecasted lo…

Power outages are likely during winter weather, especially when large amounts of snow or ice are involved. Here's how to be prepared. 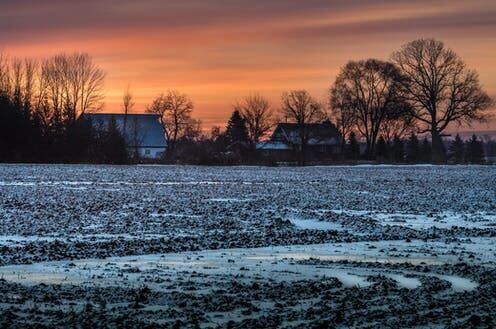 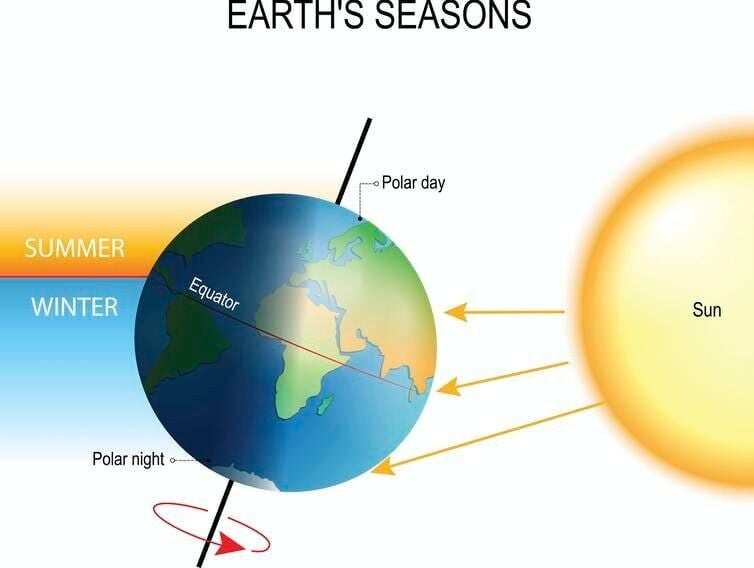 Earth’s tilt as it orbits around the sun puts that one part of the planet more directly exposed to the sun’s rays. iStock via Getty Images