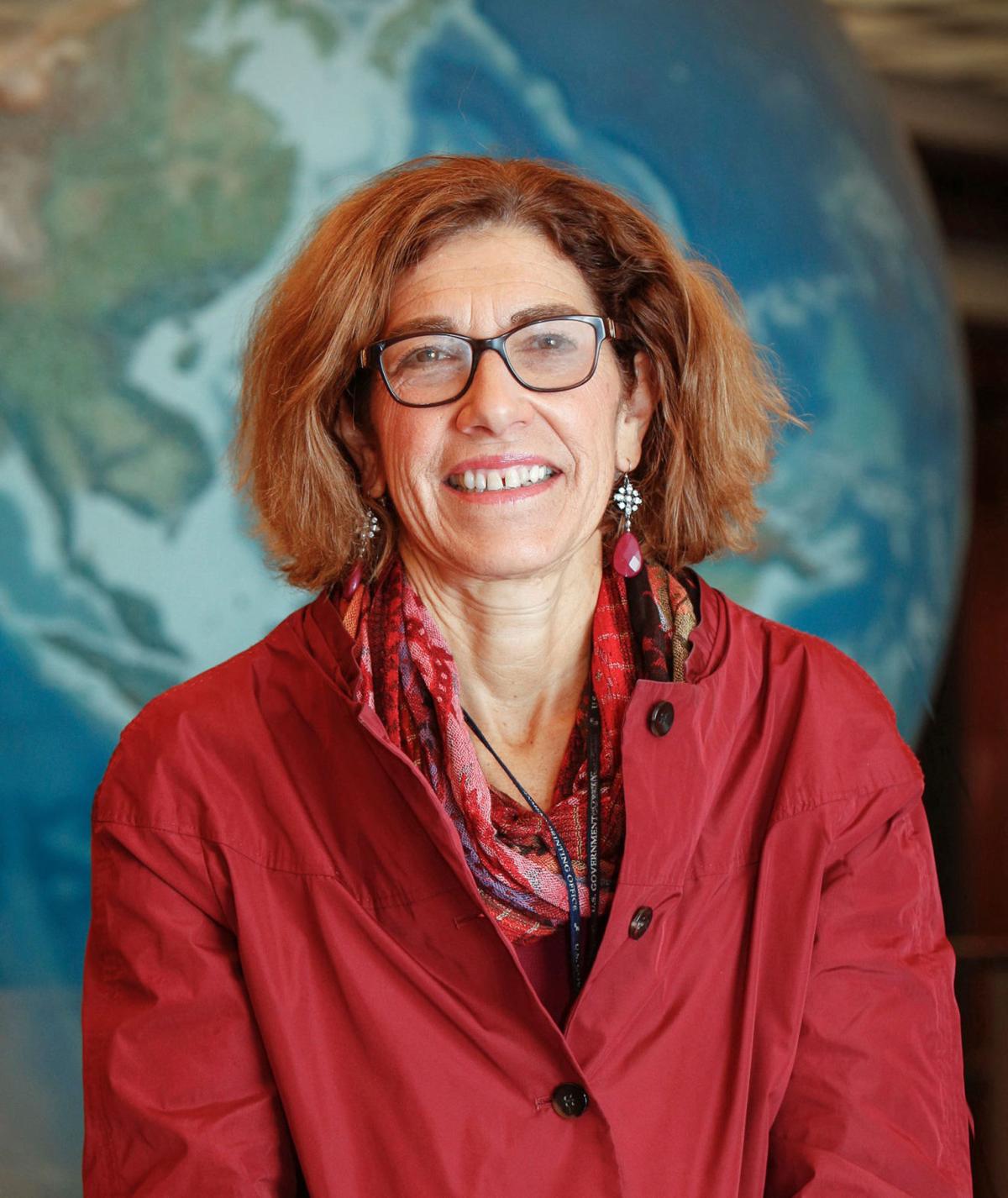 Roberta Shaffer is the Law Librarian of Congress. She introduced a special presentation, "A History of Law in Film," this week at the Library of Congress Packard Campus in Culpeper.

This story has been edited from its original version.

“They’re taking over all other form of rational thought,” she said. “When we have a dash cam, we lose that critical capacity” to otherwise interpret events that occurred.

Silbey is considered an expert on the use of film to communicate law, a timely topic on which she spoke last week during a special presentation in the Library of Congress Packard Campus Theater in Culpeper.

The Law Library of Congress in Washington, D.C. sponsored the event as part of its ongoing commemoration of the 50th anniversary of the U.S. Supreme Court decision, Miranda v. Arizona, leading to the requirement that law enforcement advise suspects of their right to remain silent.

Silbey covered “A History of Law in Film” in her informative presentation and offered her opinion on current events, including cameras in courtrooms. The law professor said she used to think it was a good thing, but has since changed her view.

“I am scared about the power of visuals to over-define” the facts of a case and the people involved, Silbey said. “I am not in favor of cameras in all courtrooms. Anyone can walk into a courtroom and hear the testimony,” she said, but it’s different when portions are digitally reproduced and broadcast.

Silbey said court proceedings need to be about protecting the interests of all parties involved.

Law Librarian of Congress Roberta Shaffer introduced last week’s program in Culpeper with remarks about the Miranda decision from 1966 that discouraged self-incrimination, she said. The concept of not being a witness against oneself dates to the 13th century, she said.

The Miranda case also addressed police interrogations and how confessions—sometime coerced—are not the always the best way to prove guilt or innocence, the law librarian said.

“Some TV shows barely allude to Miranda rights while in others you heard it every week,” Stone said, showing a clip from “Dragnet.” In the very first episode of the L.A. Police show in 1966, actor Jack Webb insisted that he wanted to see the reading of the rights verbatim on screen, Stone said. It was also done on the police drama “Adam-12,” he said.

As the years passed, television shows recited the whole spiel less and less “because quickly people knew what they were going to say,” Stone said. “Then they went to saying, ‘Read them their rights’ to shows just assuming they had been read their rights, that they had been ‘Mirandized.’”

Silbey further touched upon the shaping of culture and the law and how legal conclusions were being shaped by popular film and vice versa. At the forefront of dramatic depictions was the trial, based on witness testimony and the judging of that testimony, similar to movie watching, Silbey said.

She compared a jury to an audience in that both are “isolated and apart, yet acutely aware of the significance of their participation in the spectacle before them.”

D.W. Griffin’s “Falsely Accused” from 1907 was an early trial film about a murder caught on film, Silbey said, mentioning other famous trial movies like “To Kill A Mockingbird” and “12 Angry Men.”

In 1936’s “Fury,” Spencer Tracy’s character is wrongfully accused of kidnapping and nearly killed in his jail cell. “This was the beginning of films criticizing the law’s capacity of justice,” Silbey said.

Modern-day movies like “Erin Brokovich” and “Philadelphia” borrowed from true stories in creating the docu-drama genre, highlighting a legal hero prevailing in a tainted legal system, the law professor said.

TV shows about law include Netflix’s recent smash hit, “Making a Murderer,” a multi-part web documentary about a man who was exonerated after spending 20 years in prison only to be jailed again shortly thereafter, accused of murder.

“I had to watch it because it’s hard to believe—can police be so corrupt?” she said. “Is reality on TV or is TV making reality? The truth is not easy to see and it’s rarely seen on film or TV.”

Silbey addressed the prominence of police videos in attempting to determine justification for use of force. Yet those films don’t answer the question, for example, if police are motivated by race, she said.

Police videos “don’t tell us what really happened, but they are good at persuading us to a point of view,” Silbey said. “The film is not the whole truth.”

Like all other forms of communication, it needs to be scrutinized, examined and cross-examined to understand what it means to a case at hand, she said.

“Film can tell very potent stories, but we need much more to fulfill equal justice under the law.”

Roberta Shaffer is the Law Librarian of Congress. She introduced a special presentation, "A History of Law in Film," this week at the Library of Congress Packard Campus in Culpeper.