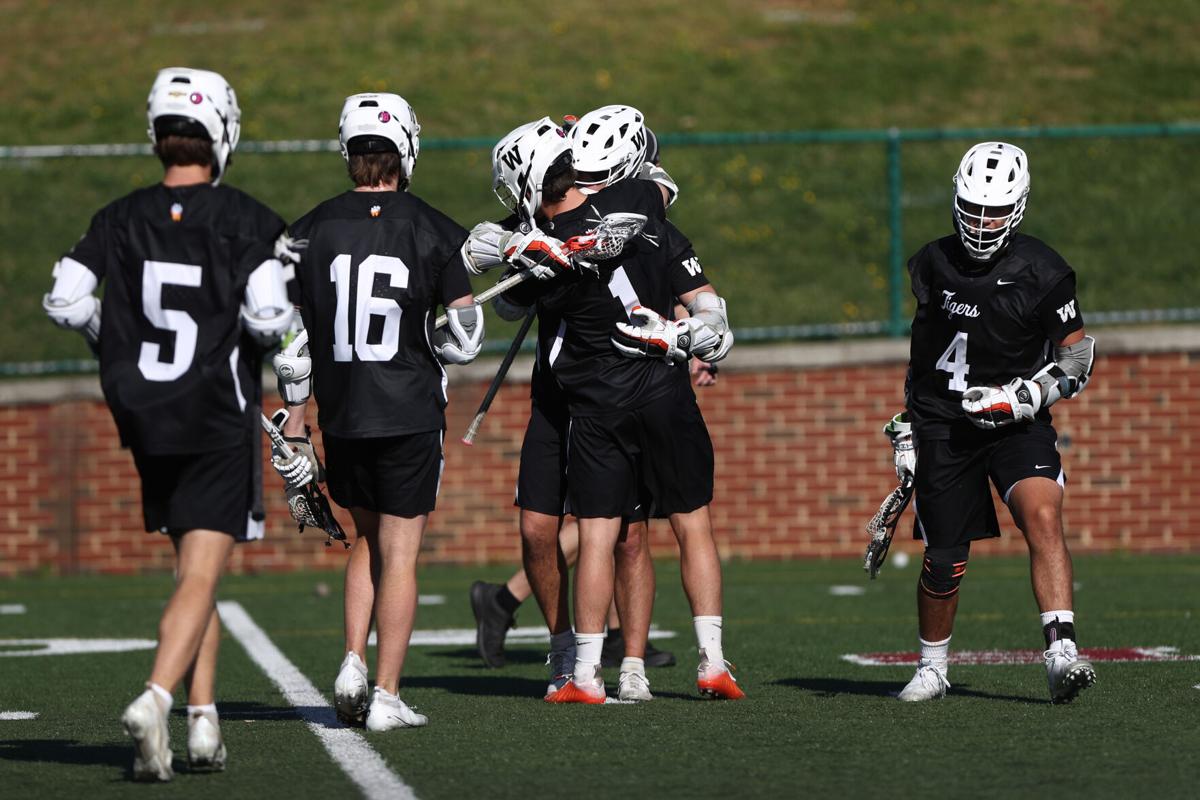 Woodberry Forest players celebrate a goal during their win over St. Anne’s-Belfield on Friday. See more photos at DailyProgress.com. 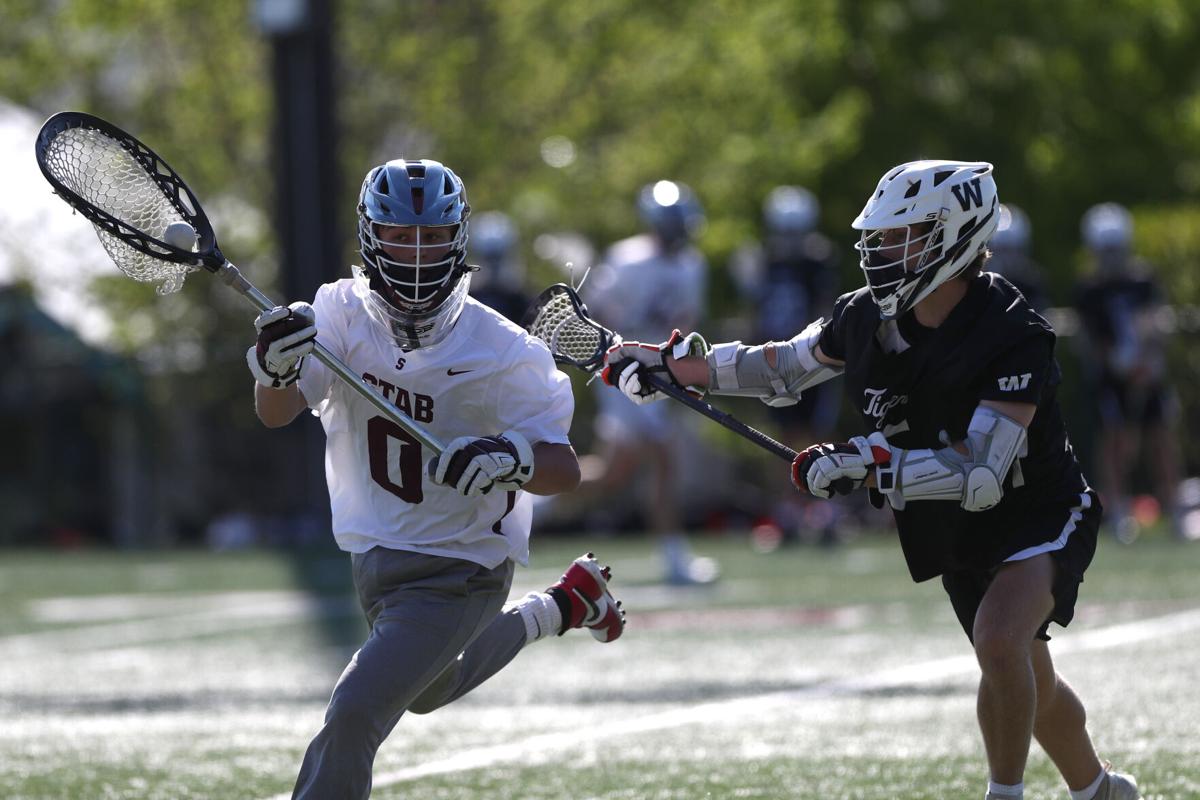 “We all knew that we hadn’t beaten STAB in a long time, just like St. Chris, and it felt really good to get out there,” Callaghan said. “This is such a family and it was really great to get out there and give it to them.”

Woodberry Forest (7-3) set the tone early on with a pair of quick goals. Chitwood scored from the right side on the Tigers’ first possession of the game to give his team a 1-0 lead.

Later in the quarter, Woodberry turned defense into offense when Callaghan scored from the left wing after the Tigers defense forced a turnover deep in their own end with 4:59 left in the first quarter.

STAB (1-5) regrouped in the second quarter thanks to a highlight reel play of its own. Jackson Harry forced a ground ball, then hit Liam Hurley in stride going to goal for a 2-on-1 opportunity. The junior attackman went to goal and then dished it off to Whitt Shilling on the left wing for the easy finish to trim the lead to 2-1 with 1:40 left in the first half.

Woodberry Forest regained the momentum just before intermission when Nick Reynolds ripped a shot from the top of the diamond past Saints keeper Jago Gould for a 3-1 lead at halftime.

The momentum carried over into the third quarter when Callaghan scored his second goal of the game on a bouncer from the right side to give the Tigers a 4-1 lead with 7:41 left in the stanza.

Not to be outdone, STAB continued to battle and was rewarded with two goals over a 30-second span. Hurley notched his first tally of the game from the top of the diamond to make it a 4-2 game with 3:31 left. Dax DiMuzio then got free on the backside of the Woodberry defense for an easy marker to make it a 4-3 game with 3:02 remaining in the third.

Woodberry Forest stopped the bleeding a minute later when Ben Monroe scored a terrific weak-side goal with 2:21 left to extend the lead to 5-3. The Tigers tacked on another goal in the waning seconds of the third when Chitwood got loose in front of the goal and tucked one past the keeper for a 6-3 WFS lead with one quarter to play.

Callaghan said that late flurry in the third quarter was indicative of Woodberry’s commitment to one another this season.

“I think we’re a big momentum team,” Callaghan said. “Once we start getting things going in our favor, we’ve got a really good goalie, a really good defense and our offense is getting hot. It’s just really important for us to get on top and keep that going. Once we start doing that, it’s hard to stop us.”

The Saints continued to battle in the fourth quarter. DiMuzio scored his second goal of the game with 6:13 left to make it a 6-4 game.

That would be as close as STAB would get. Woodberry’s defense, led by Conner Lessane, Bryce Reid, John Meeks and Jay O’Keefe did a great job of neutralizing the Saints’ attack in front of keeper Wyatt Martin.

STAB mounted one final push in the final minute. Hunley tried to bull his way into the circle for a diving goal. The junior collided with Martin on the play and, despite the contact, Martin made the stop to preserve the win.

Martin finished the game with five saves in goal for the Tigers. Gould registered six saves between the pipes for the Saints.

For Woodberry, Friday’s win is one they won’t soon forget.

“I’m a new guy here and honestly it’s been an amazing thing for me,” Callaghan said. “I love the family here; I’ve loved the environment. It’s been so good to come out here and play against the top notch talent and bring it to them.”

Woodberry Forest players celebrate a goal during their win over St. Anne’s-Belfield on Friday. See more photos at DailyProgress.com.