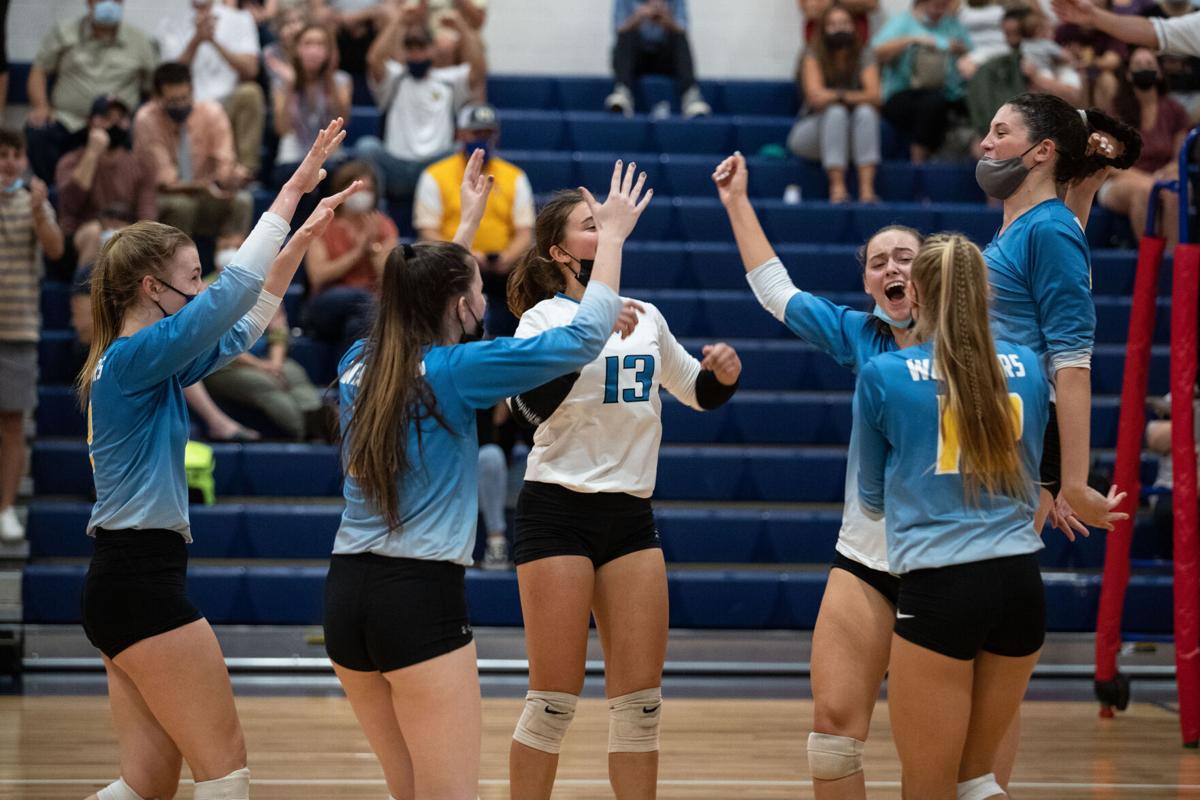 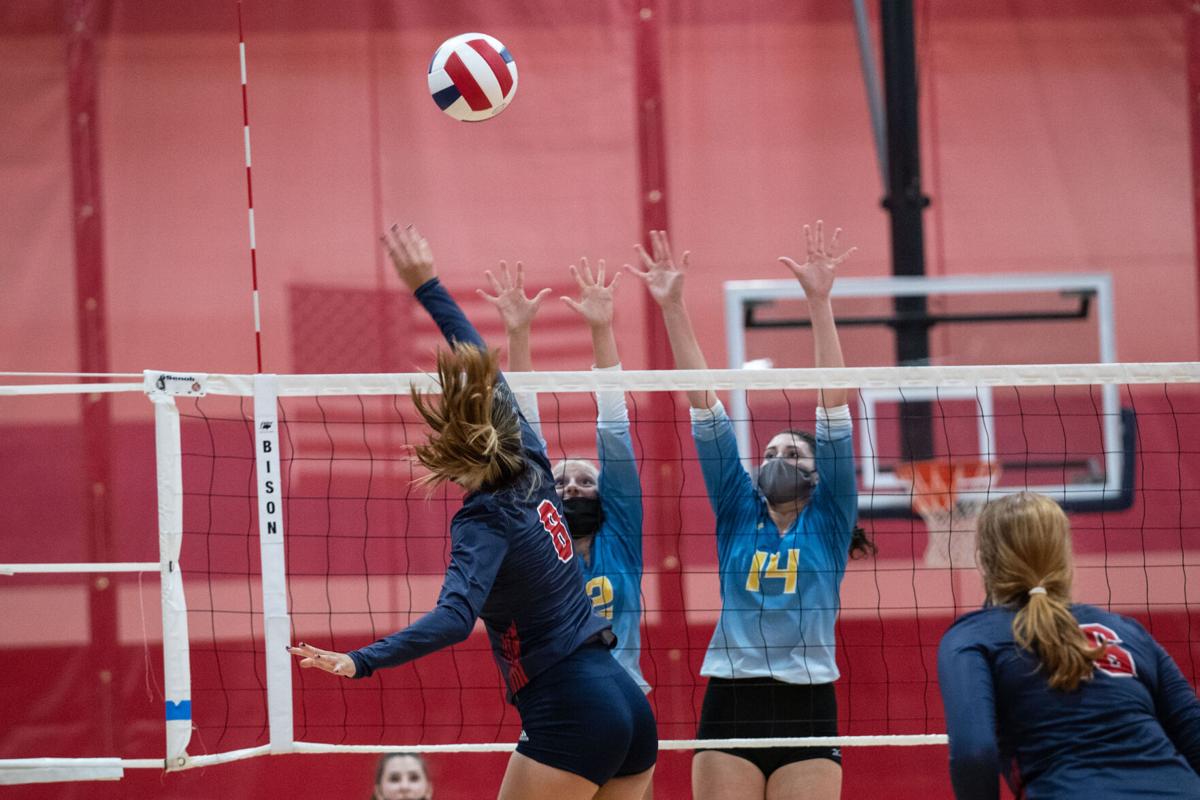 Brooke Chavez and Emma Shifflett are part of a senior class at Western Albemarle that entered this season having never beaten Albemarle in their high school careers.

Chavez and Shifflett both had big performances as they led the Warriors to an emotional 25-20, 25-20, 25-20 road victory over the Patriots.

Chavez, who sat out most of her junior season with a knee injury, tallied 16 kills and Shifflett chipped in nine points, six kills and a block as Western Albemarle (8-4, 3-0 Jefferson District) knocked off the reigning four-time Jefferson District champions.

For Chavez, the journey to get back on the court was worth it.

“It was so hard,” Chavez said. “But I also think it was one of the most rewarding things ever, being able to come back.”

It was a spirited match from the get-go with both teams showcasing their firepower. Chavez had four kills and Sofia Beard added four points and two kills to give Western Albemarle a 20-16 lead in the first set.

Albemarle’s Maya Winterhoff responded with three points and a back-row kill to tie the match at 20-20. The Warriors countered with Chavez registering two big kills and Natalie Rocco recording a key block to give Western the opening stanza, 25-20.

The Warriors carried the momentum into the second set. Shifflett had three kills and two points to give her team an 18-15 lead and force a Patriots’ timeout. After exchanging side outs. Beard added three service points, while Rocco and Chavez added back-to-back kills to win the set 25-20 and take a commanding 2-0 lead in the match.

“I think we’ve been really working on in practice, being able to switch off of everything, no matter what the set,” Chavez said. “Being able to get everything off the floor and to be able to have a good offensive attack and that just really helped us tonight.”

Led by its senior leader, Albemarle (2-4, 1-1) tried to generate a comeback. Winterhoff opened the set with three kills to give the Patriots a 6-4 advantage.

Western Coach Julie Radlinski turned to her veterans to answer, and they delivered. Grace Boitnott countered with a six-point run from the service line and Chavez added four kills to give Western Albemarle an 11-6 lead.

The Patriots closed the gap to three (23-20) later in the set, but Shifflett closed the door with back-to-back kills as Western Albemarle snapped Albemarle’s 46-game district winning streak.

Winterhoff finished the game with 18 kills and a pair of blocks. Maddie Ott added six kills and two blocks in the loss for the Patriots.

For Chavez and her team, it was definitely a night to remember.

“It is amazing,” Chavez said. “Obviously we’re all friends and everything, and Albemarle has an amazing team and it’s such an amazing honor just to be able to play with them. We’re so excited to finally be able to beat them.”