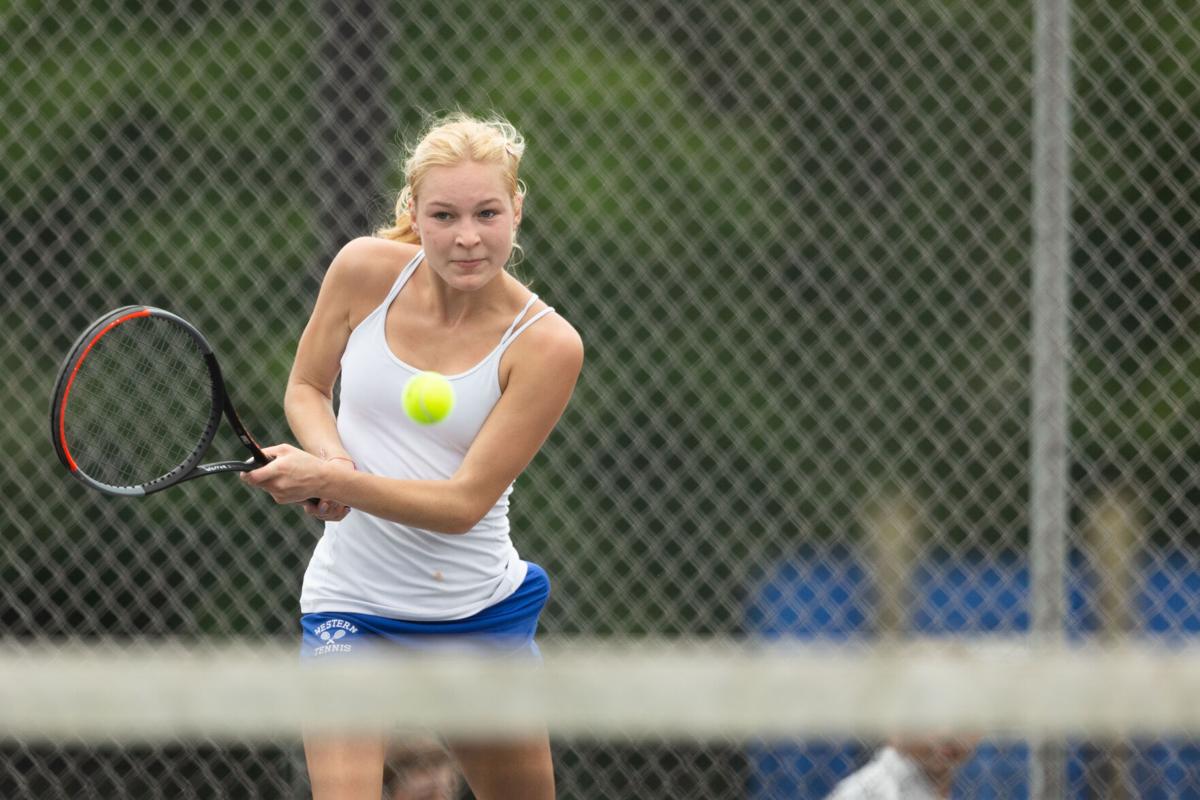 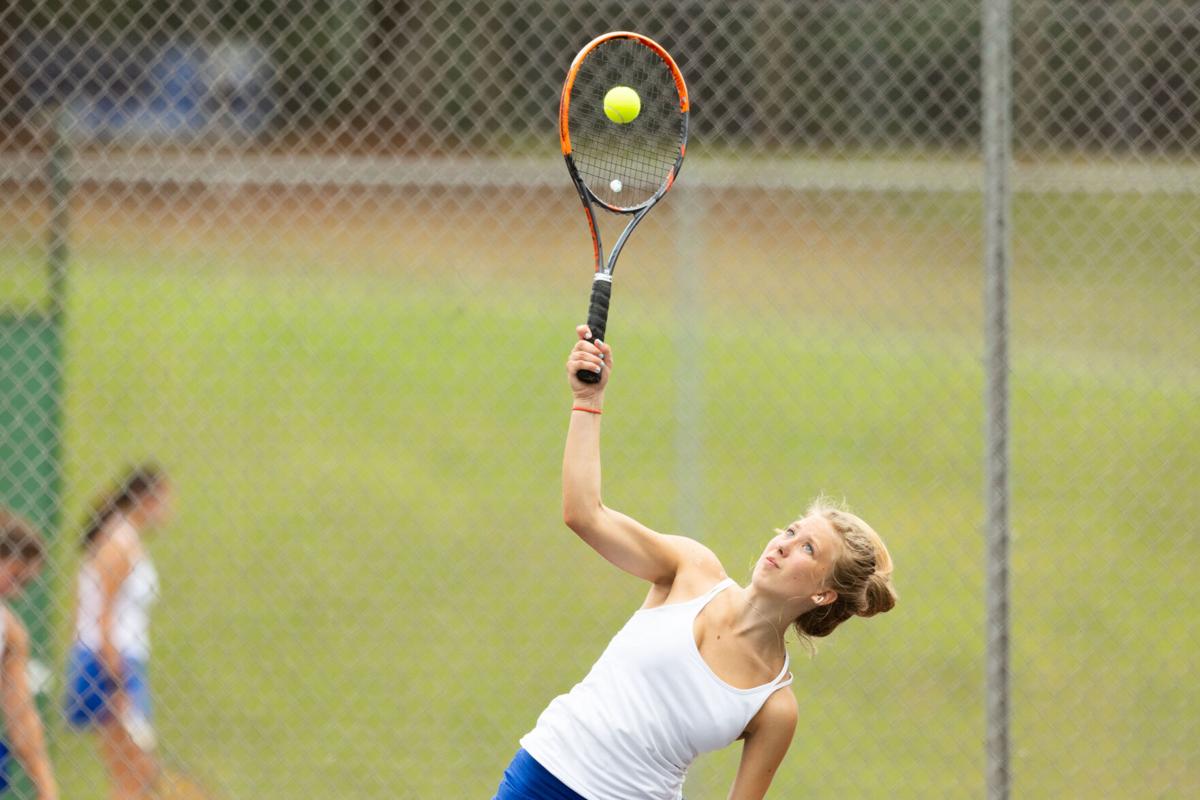 Western Albemarle's Maddie Farmer hits a shot against Abingdon during the VHSL Class 3 state semifinals on Monday in Crozet.

The senior played a much more prominent role Monday as she clinched the deciding point in the Warriors’ 5-0 victory over Abingdon in the VHSL Class 3 state semifinals in Crozet.

On a day where the heat and humidity left temperatures hovering around the 90 degree mark, Western Albemarle tried to remain focused on the task at hand.

“The heat was definitely a challenge,” Kelly said, “but obviously [we stayed focused] point by point and looking at the goal of states, that’s what the goal is.”

The Warriors were strong early on, with Sarah Randolph Warren defeating Haley Lunsford 6-0, 6-0 at No. 4 singles to start the match. Maddie Farmer also didn’t surrender a game to Harmony Webb at No. 5 singles as Western took an early 2-0 lead.

Alison Selverstone posted a 6-1, 6-1 victory over Katelyn Creasey at No. 3 singles and Grace Nolasco followed suit with an impressive 6-3, 6-3 win over Lauren Goodman at No. 4 singles.

With top-seeded Austin Winslow down a set, Kelly’s match became all the more important for Western to close out the match without going to doubles. The senior showcased her razor-sharp focus until she finally sealed the win.

Lauren Wimmer won the first set 6-1 over Winslow and was ahead 4-3 in the second set when the match was called. They will meet again Friday in Blacksburg in the VHSL Class 3 state singles semifinals.

Western Albemarle advanced to Thursday’s state championship match at the Burrows-Burleson Tennis Center in Blacksburg. The Warriors will face either Maggie Walker or Tabb for the championship.

The Warriors, who won state titles in 2014 and 2019, are excited for an opportunity to repeat as champions.

“it’s definitely bittersweet,” Kelly said. “It’s my last match and my last event as a high schooler, but I couldn’t be more excited.”

Western Albemarle's Maddie Farmer hits a shot against Abingdon during the VHSL Class 3 state semifinals on Monday in Crozet.