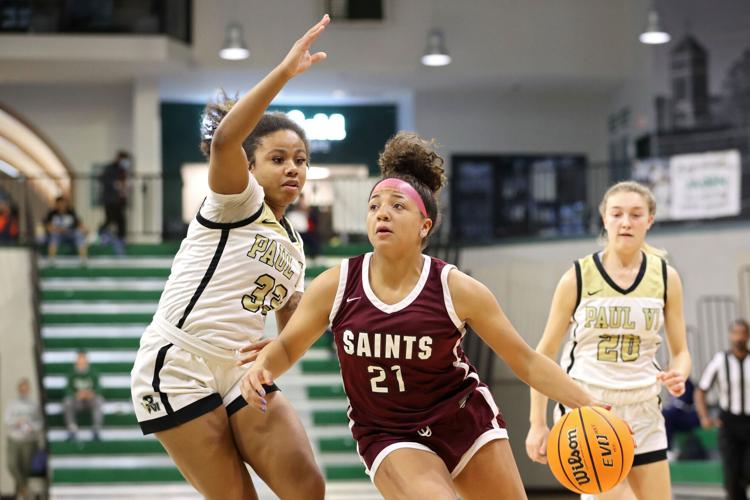 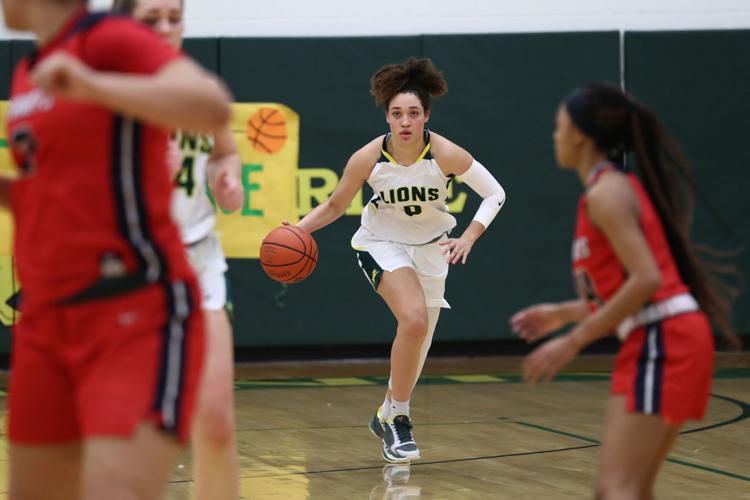 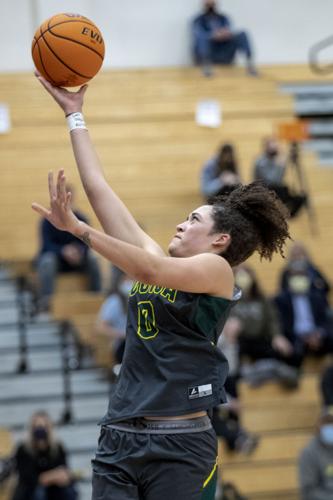 Louisa’s Olivia McGhee goes up for a shot during the Daily Progress Holiday Hoops Classic semifinals against the Albemarle Patriots on Wednesday at Western Albemarle High School.

The Virginia women’s basketball team’s recruiting class is ranked as one of the best in the country, and it’s comprised solely of local players.

On Wednesday, the Cavaliers announced that they have signed Louisa native Olivia McGhee and Charlottesville’s Kymora Johnson to National Letters of Intent. The two local standouts will join the Cavaliers for the 2023-24 season.

The two-person recruiting class was ranked No. 13 nationally by ESPN.com as of Wednesday afternoon.

“I’m ecstatic about our 2023 recruiting class!” first-year Virginia coach Amaka Agugua-Hamilton said. “Both of these talented young ladies understand what it means to have Virginia on their chest and will take great pride in that. They are coming to UVa to write their own individual stories and to be a part of something special! They understand the great heights this storied program has been to, as well as where it is currently in transit back to. The icing on the cake is that they will be able to do what they love in front of all their families and friends.”

McGhee, a 6-2 guard, is a four-star recruit who is ranked No. 45 in the 2023 espnW HoopGurlz recruiting rankings. She played for three years at Louisa County High School before transferring to IMG Academy in Florida for her senior season.

McGhee led the Lions to the program’s first VHSL Class 4 state championship during her sophomore season, averaging 22.8 points and 11. 5 rebounds per game and was named the Central Virginia Girls Basketball Player of the Year. As a freshman, she led the Jefferson District in scoring and was named second-team all-state.

“I couldn’t be more thrilled to officially welcome ‘O’ home,” Agugua-Hamilton said. “O is a high-character, kind-hearted student-athlete whose talents will shine on and off the floor here at UVa. She fits our culture and already feels comfortable in it. She is selfless by nature, putting her teammates first, but her game is rare. She’s a 6’3 guard that can pass and score at all three levels, including a phenomenal three-point shot. I’m so excited to work with her as I know the sky is the limit for this kid!”

Johnson, a 5-7 point guard, is a five-star recruit ranked No. 24 in the 2023 espnW HoopGurlz recruiting rankings. The St. Anne’s-Belfield standout was the 2022 Gatorade Virginia Player of the Year after averaging 21.3 points, 7.7 rebounds, 6.7 assists and 4.5 steals per game last year as the Saints advanced to the state championship game.

“I’m super excited to officially welcome ‘Mo’ home,” Agugua-Hamilton said. “She is another high-character kid who is a giver. Her grind and dedication to her craft are impressive! She leads by example, especially from the point guard spot but always remains a team player. She is a crafty athlete who can score, facilitate, and defend at an elite level. Her pace and motor are unmatched. Dynamic point guards like Mo are hard to find! She will impact our team and our culture on and off the court. I can’t wait to work with her. The future is extremely bright for her!”

No. 3 UVa acted like one of the country’s most-seasoned and skilled teams, who had experienced moments and environments of magnitude and hostility before, in its 70-68 win over Michigan.

Owner Robert Kraft paid for the Virginia team’s flights to and from South Florida.

Teel: Tony Bennett isn't sure there's an elite college basketball team this season, but he may have one at Virginia

Tony Bennett isn't sure there's an elite team in men's college basketball this season, but the numbers show that he may have one at Virginia, writes David Teel.

Kihei Clark scored 18 points to help No. 3 Virginia hold on for a win over Florida State in its ACC opener on Saturday at John Paul Jones Arena.

ACC men's basketball primer: A look at each team as conference play tips off

With ACC play set to start, here’s a look how teams stack up — in record order — heading into the conference’s opening weekend.

Maggie Johnson scored 13 of her game-high 25 points in the first half and Olivia Sciabbarrasi added 13 points to lead Orange County past Madison County.

People can't get over Jude Bellingham’s performance against Senegal

People can't get over Jude Bellingham’s performance against Senegal

Louisa’s Olivia McGhee goes up for a shot during the Daily Progress Holiday Hoops Classic semifinals against the Albemarle Patriots on Wednesday at Western Albemarle High School.