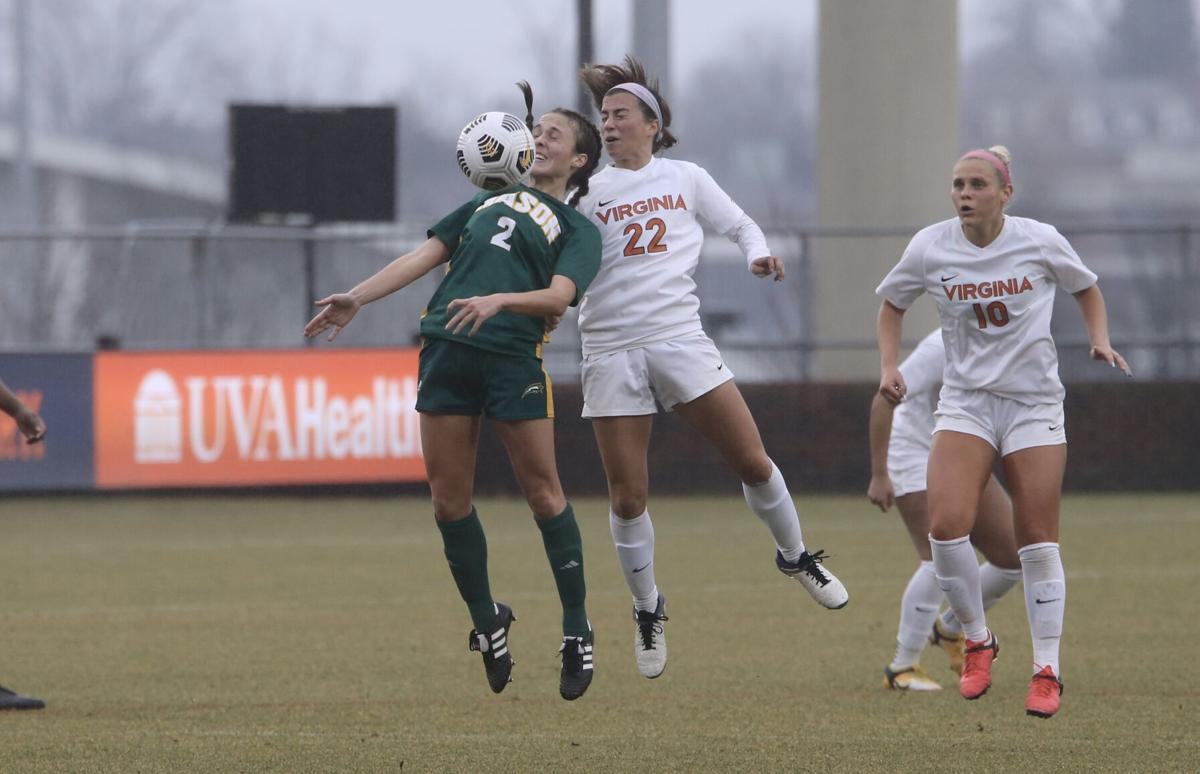 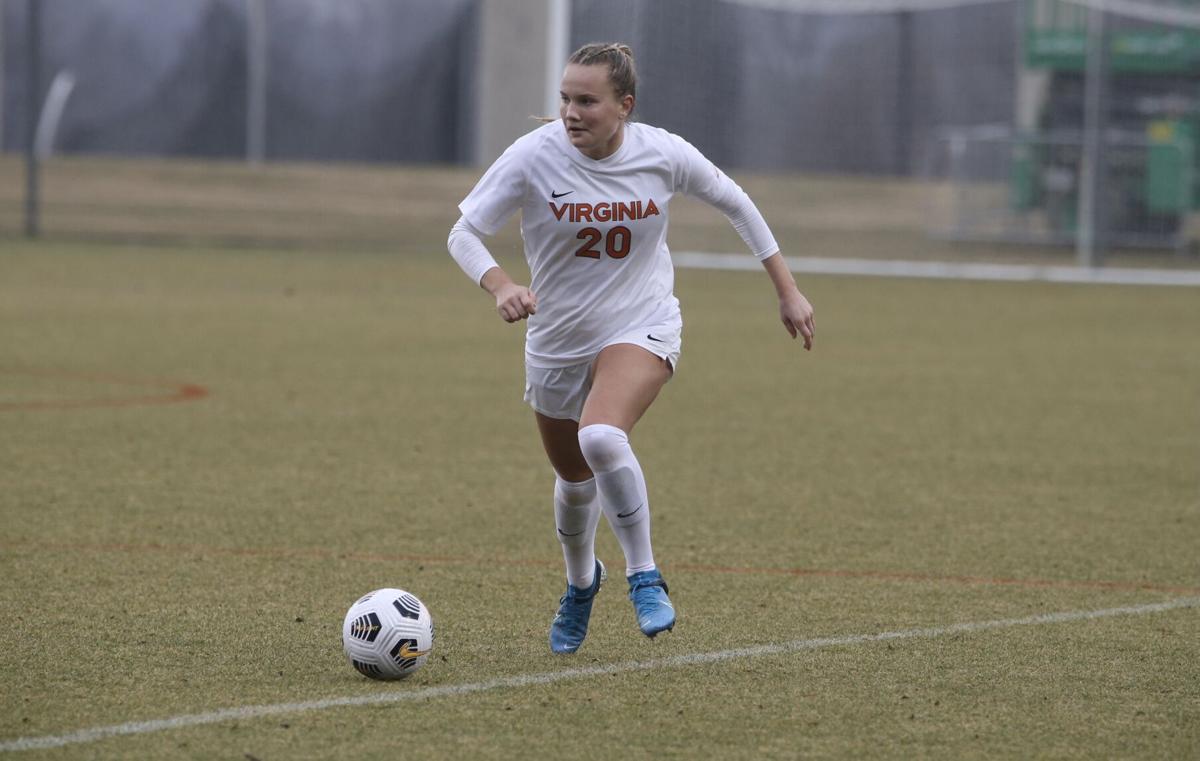 It was a stressful afternoon for Louisa Moser.

George Mason’s senior goalkeeper spent much of Sunday’s game trying to turn away chances by the Virginia women’s soccer team, which was relentless offensively in its first spring game of the season.

The Cavaliers controlled possession, but had some trouble turning possession into goals thanks in part to Moser. They finally broke through with a goal in the 76th minute off the foot of freshman Lia Godfrey.

Junior Rebecca Jarrett added another goal in the final 10 minutes to help UVa beat George Mason 2-0. The victory moved Virginia to 9-3-1 overall dating back to the start of the fall season.

“It’s early,” Virginia head coach Steve Swanson said. “Felt like a year since we’ve been back out here. It was a difficult challenge for us because obviously they put a lot of numbers behind the ball.”

While Moser was busy Sunday, she performed well, especially in the first 75 minutes. She was able to save a few quality chances, and her defense played well in front of her to thwart potential scoring threats.

Ultimately, Godfrey was able to score on a set piece from the top of the box after a George Mason foul. Godfrey beat Moser to the goalkeeper’s left, scoring on the right half of the goal.

After pressuring George Mason all game, Virginia’s players celebrated excitedly about finally breaking through on the scoreboard.

While Moser’s Sunday was stressful, Virginia senior goalkepper Laurel Ivory enjoyed a relaxing afternoon. She directed traffic from UVa’s side of the field, but was rarely put into important positions. George Mason tallied just one shot the entire game, and it was blocked before reaching Ivory.

“It’s a good start,” Swanson said. “We got a good win, so that was important, and we got a lot of players who played some minutes today which was good, but we just gotta keep progressing.”

Swanson wants better play in future games, even with the positive result.

Jarrett delivered with crisp execution on her late insurance goal a few minutes after Godfrey’s breakthrough. The athletic forward created space on the left side of the box before burying the ball in the right side of the net.

As the Cavaliers attacked Sunday, the Patriots seemed content to sit back and play defense. They did well to swarm players with the ball. At other times, George Mason players sank back in the middle of the field, giving UVa plenty of open space outside the box. When the Wahoos came close to the box, they were met by aggressive defenders.

The result was a game controlled by Virginia, but the teams went into the locker room at halftime tied at 0. After bending for much of the game, George Mason’s defense broke in the final 15 minutes.

Virginia’s spring schedule continues Saturday when it plays at VCU. Swanson says the team has been fighting the weather and COVID issues in recent weeks to find time to train as a full team, which led to some inconsistency against the Patriots.

Even with some inconsistency, Virginia still used its talent and athleticism to overwhelm George Mason.

“Hopefully we can get back to the level that we were playing at, at the end of the fall because that was quite good,” Swanson said. “That’s the goal, but I think there are still a lot of kinks to work out.”