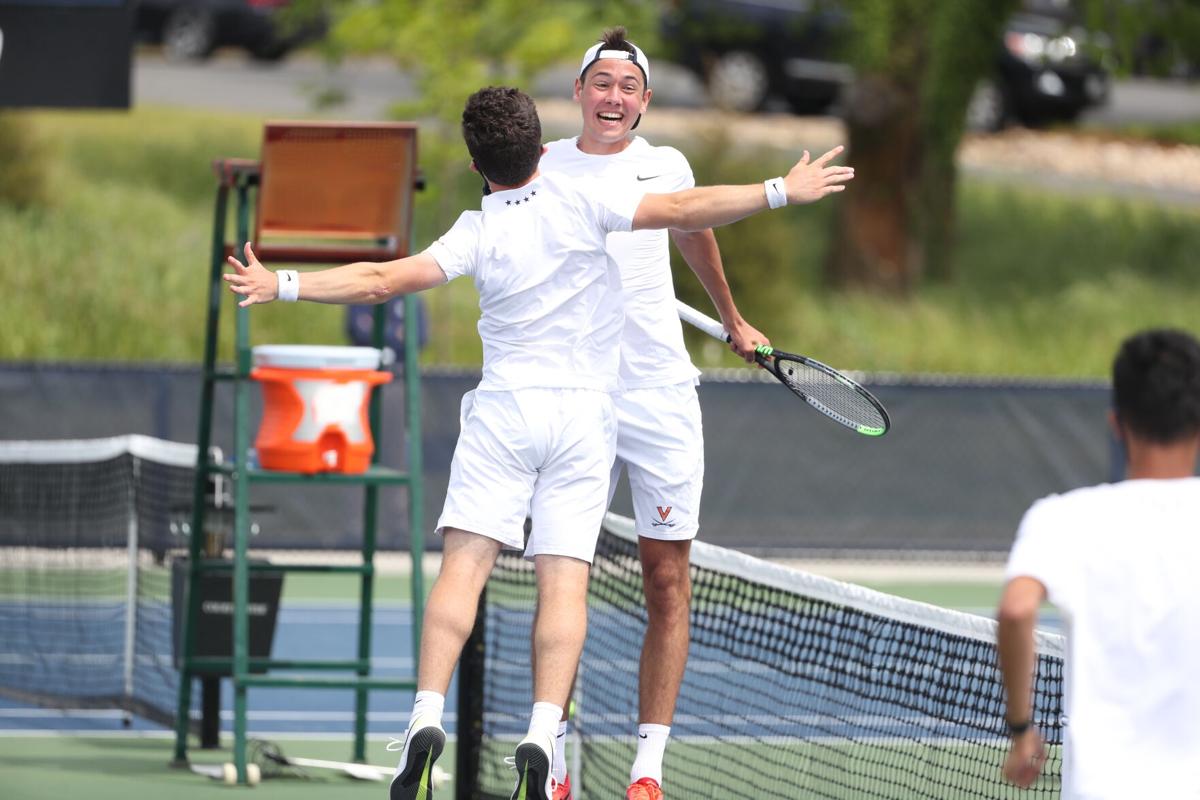 Virginia players celebrate during their victory over Stanford in the NCAA Tournament on Sunday at Boar’s Head Sports Club. 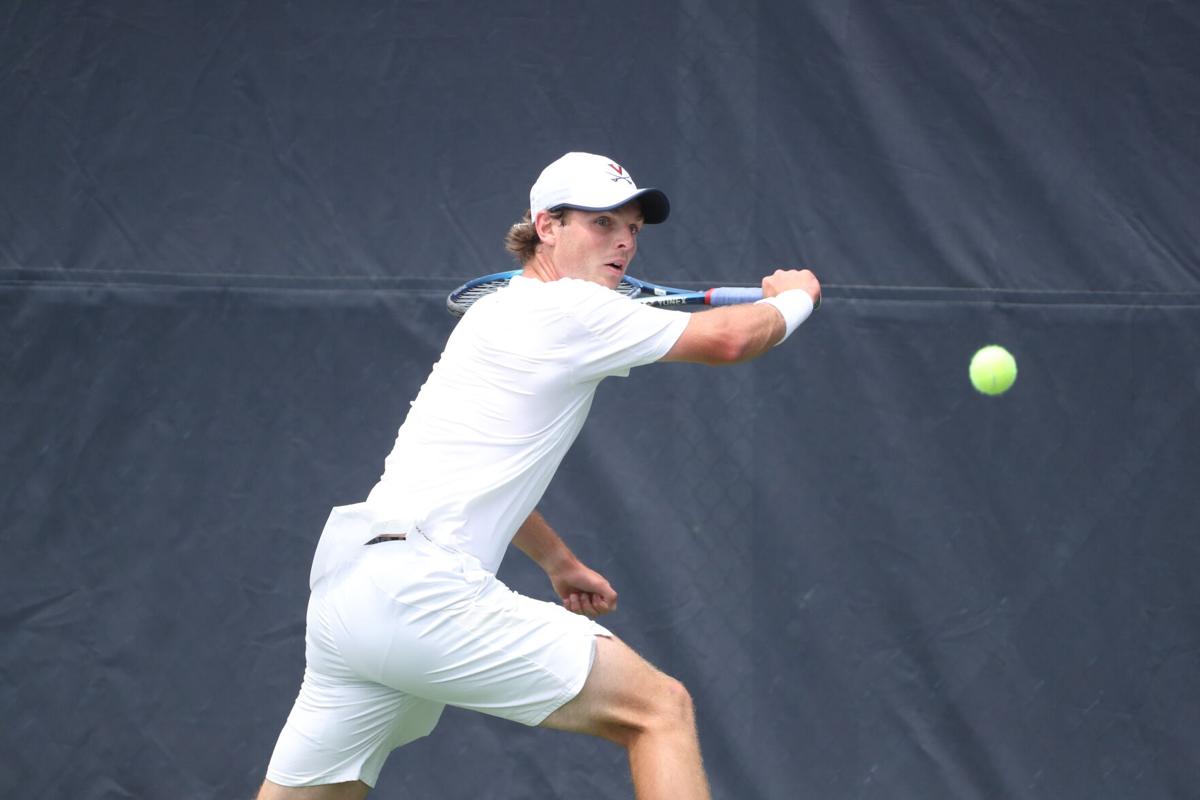 Virginia’s Ryan Goetz looks to return a shot during the Cavaliers’ win over Stanford on Sunday at Boar’s Head Sports Club.

Andres Pedroso thought Stanford was one of the best men’s tennis teams in the country. He was right, but his team was still better Sunday.

“I knew it was gonna be a war,” Virginia’s head coach said.

Despite being unseeded and having to visit UVa for the second round of the NCAA Tournament, Stanford put a scare into the Cavaliers. The Cardinal, who won the Pac-12 regular-season title, won the doubles point and nearly did enough to advance.

Virginia rallied in singles and ultimately pulled away for a 4-2 victory. Like the UVa women’s team, the fifth-seeded Cavaliers are headed to the Sweet 16. Virginia will face another Pac-12 team, USC, in Orlando on May 17 at 4 p.m.

“I knew all along that Stanford was really good, and they didn’t belong here in the second round against us,” Pedroso said. “They’re a top-10 team, in my opinion.”

With the Cardinal grabbing the doubles point, the Cavaliers needed to dig deep to earn four points. Nobody dug deeper than freshman Chris Rodesch.

Rodesch dropped the first set of his match against freshman Tristan Boyer, who played exceptional tennis in the opening set. Boyer capitalized on Rodesch’s mistakes and hit the ball with pace. He kept UVa’s freshman off balance and out of rhythm.

In the second set, Rodesch found another gear as dozens of fans in attendance cheered him on. He rallied behind the home crowd, getting fired up after points and taking the second set 6-4.

While he flipped the momentum, Boyer quickly took control in the third set. Stanford’s No. 3 singles player went up 5-1 in the third and final set, and Boyer seemed like he would cruise to a final set victory.

“I just said to myself, ‘Now I don’t have anything to lose,’” Rodesch said.

Feeling free, Rodesch fought back. He got back to 5-3 down, but faced three match points down 15-40 on Boyer’s serve. He won all three points to pull within 5-4.

The two players went back and forth in the remaining games, setting up a tiebreaker with the score knotted at 6-6. Rodesch took control of the tiebreaker but needed a Boyer double fault to win the tiebreak 7-5.

Stanford picked up a singles win from freshman Arthur Fery, who picked up a competitive three-set win over UVa freshman Jeffrey von der Schulenburg. While the No. 1 singles match didn’t finish, it was a phenomenal match between graduate student Carl Söderlund and Stanford senior Axel Geller.

Geller battled a leg injury, limping noticeably throughout, but the duo went to the third set in a highly competitive showdown. Söderlund held a commanding 3-0 lead in the final set that didn’t conclude.

It was Rodesch who earned UVa’s last win, becoming the unlikely clinching point. While fans migrated away from his match as it seemed all but over at 5-1 in the third set, the freshman’s belief never wavered.

He finished the match in front of nearly the entire crowd, as people gathered around to witness the final moments of an unbelievable turnaround.

“That’s Chris Rodesch in a nutshell,” Pedroso said. “The guy is always in an unbelievable mood. He’s just a positive guy. Nothing gets him down … he just keeps fighting, and that’s how he lives his life.”

Virginia players celebrate during their victory over Stanford in the NCAA Tournament on Sunday at Boar’s Head Sports Club.

Virginia’s Ryan Goetz looks to return a shot during the Cavaliers’ win over Stanford on Sunday at Boar’s Head Sports Club.