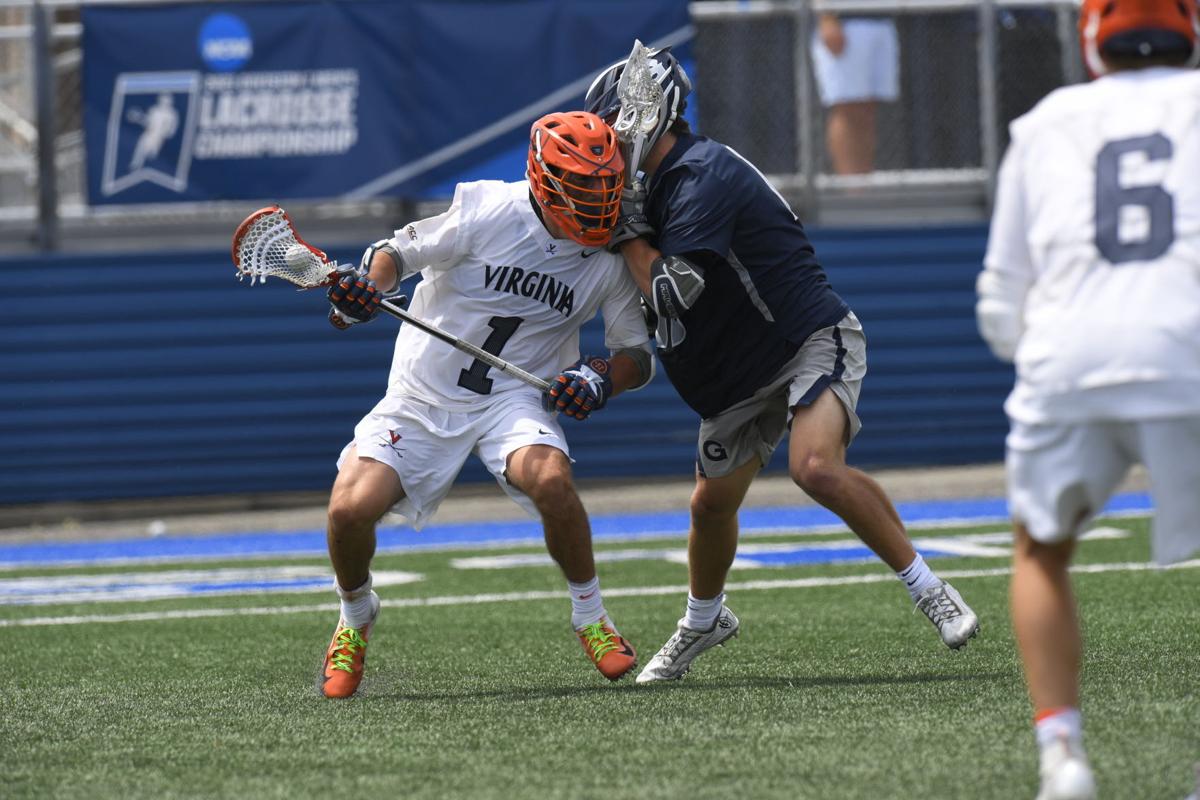 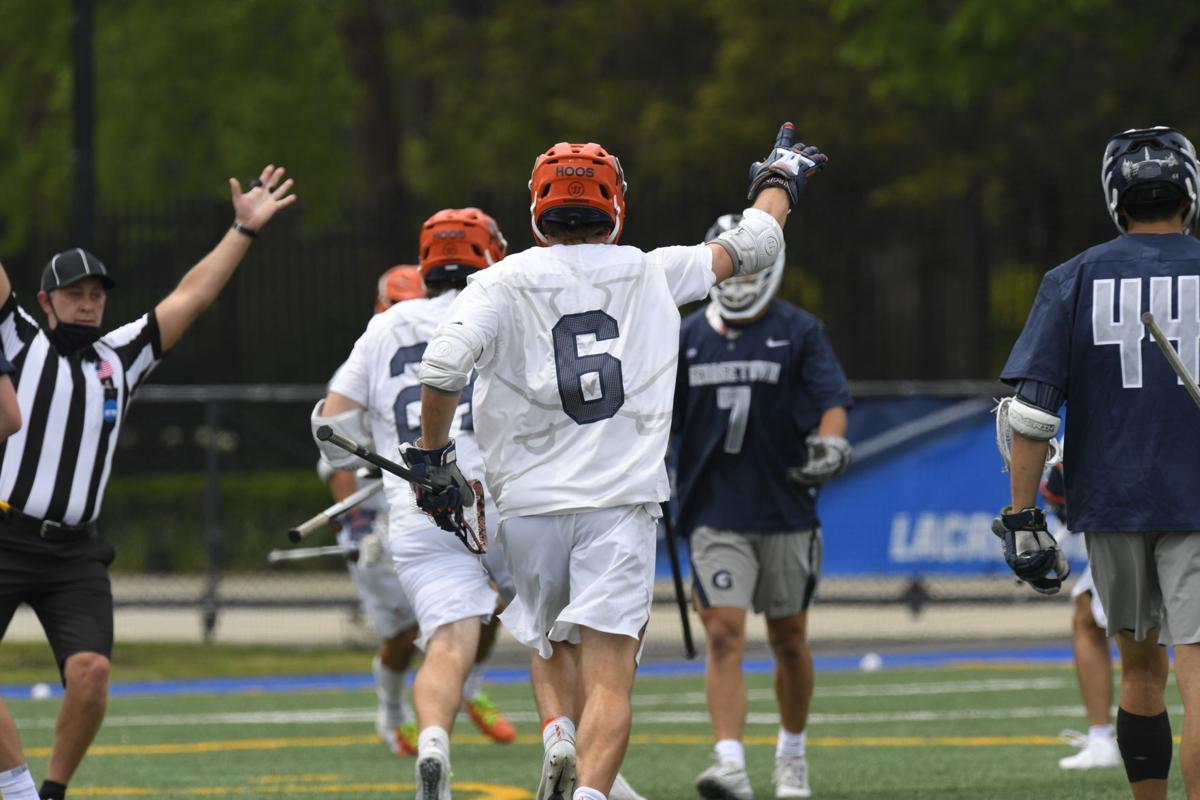 Virginia senior Dox Aitken celebrates during the Cavaliers’ win over Georgetown on Saturday.

The year after Virginia won the 2019 NCAA men's lacrosse championship, coach Lars Tiffany talked to his players about how rare it was for a team to repeat.

After Saturday, the Cavaliers are going to have the chance to do just that.

“It definitely lives up to everything you dream of,” said Shellenberger, who starred at St. Anne's-Belfield before joining the Cavaliers. “It was just cool to have the opportunity to be here and the opportunity next week to go to the final four.”

Virginia (12-4), the last team to win an NCAA title since the 2020 season was canceled due to COVID-19, will play North Carolina next weekend in East Hartford, Conn., with a spot in the national championship game on the line. The Tar Heels beat Rutgers 12-11 in overtime on Saturday to advance.

Things did not start out well for the Hoyas (13-3). Coach Kevin Warne was hit in the head by an errant pass during pre-game warmups, felling him to the turf and foreshadowing a long afternoon for the Big East champions.

“That was a sign of things to come,” said Warne. “It certainly wasn’t a great start.”

Georgetown faceoff specialist James Reilly was injured in the first 30 seconds of the game, and the Hoyas failed to capitalize on an early two-man advantage.

Add in an early goal from senior Ian Laviano, off an assist from Shellenberger, and a big hit by senior Dox Aitken, and Virginia wasted no time seizing control of the game.

Georgetown, the nation’s top defense, was no match for Shellenberger. The No. 1 recruit in the country as a senior at St. Anne’s-Belfield in 2019, Shellenberger scorched the Hoyas’ defense right from the start, with his assist to Laviano 1:47 into the game, and scored five of his goals in the first half as the Cavaliers built a 10-1 edge at the break.

“Connor was fantastic today,” said Tiffany. “We know he can be this aggressive and go to the goal, but it’s sort of in Connor’s nature not to be this aggressive. Georgetown’s defense was challenging us. They were saying, ‘You’ve got to run by us.’”

The game was tied 1-1 early before Shellenberger found the back of the cage for the first time. That score started a run of nine straight goals for Virginia.

After struggling in his past two outings, Lasalla won 15 of the 19 faceoffs he took against Georgetown, taking one straight to the cage for a goal. Laviano scored twice, the only other multiple goal scorer for the Cavaliers.

As impressive as the offense was, it was the defense that really controlled the game, with senior Jared Conners, sophomores Cade Saustad and Quintin Matsui and freshman Cole Kastner leading a stifling effort on Georgetown stars Jake Carraway and T.J. Haley, neither of whom scored.

“They were really good defensively,” said Warne. “They out-athleted us a lot all over the field. We just couldn’t get any leverage on either end of the field.”

As it did in Virginia’s 2019 title run, the defense — a blend of veterans, like Conners and Kyle Kology, and young talent — appears to be rounding into form in May.

“This is why you come back,” said Conners. “This is where it all pays off, all the extra work. I’m really excited for next weekend. It’s unbelievable that we get this opportunity again.”

Virginia senior Dox Aitken celebrates during the Cavaliers’ win over Georgetown on Saturday.