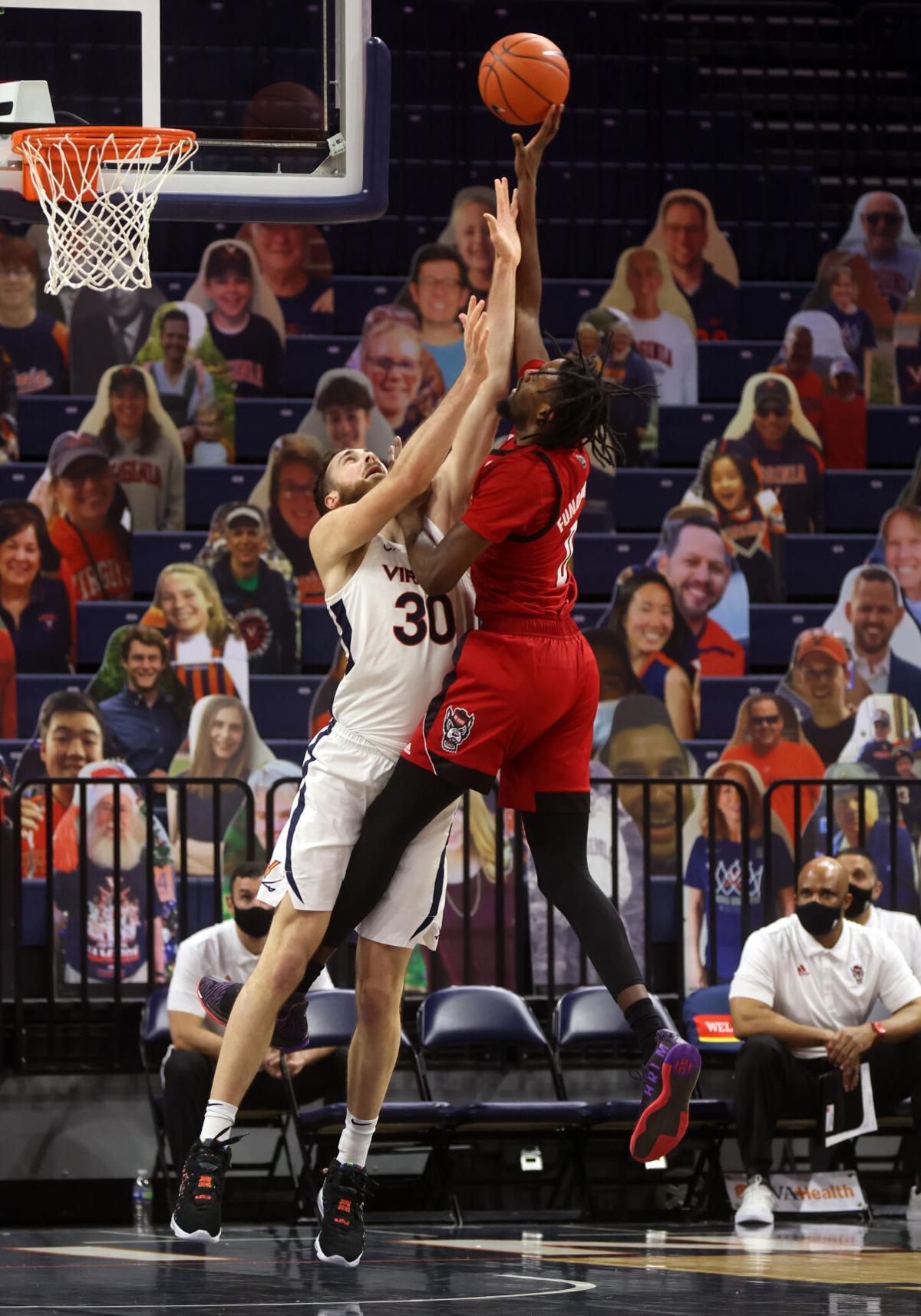 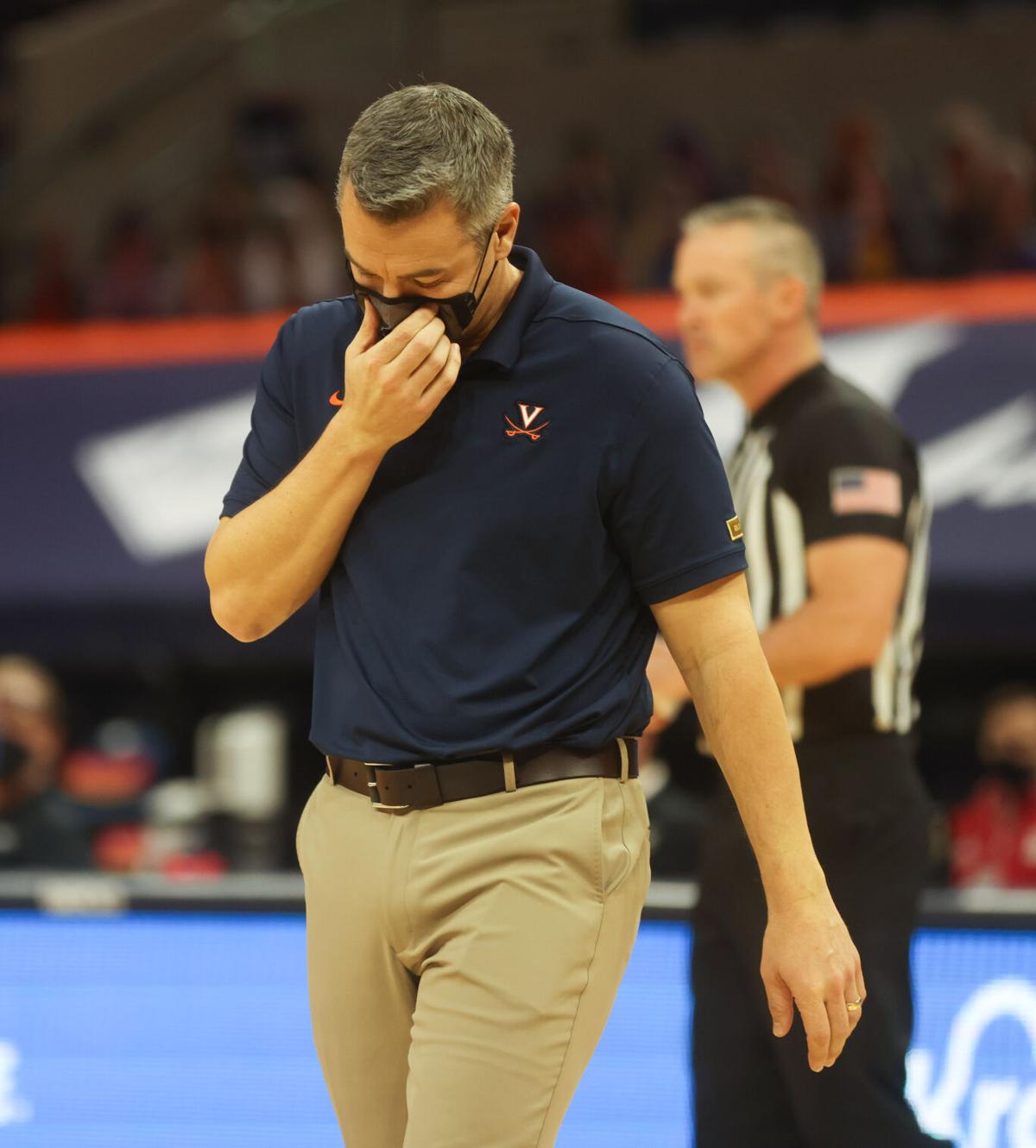 As N.C. State strung together consistent offensive possessions, Tony Bennett dipped his head. His palms faced the rafters as he turned to his assistants, wondering why the Wolfpack were scoring with such ease.

“We haven’t become gritty enough or tough enough to lean on our defense to hold us in there,” Bennett said after the team’s 68-61 loss to N.C. State on Wednesday. “We did it a couple times this year, but not consistently enough.”

UVa held Georgia Tech and North Carolina under 50 points in consecutive games earlier this month. On Wednesday, the Cavaliers surrendered 68 points to N.C. State as they extended their losing streak to three games. Virginia has allowed at least 66 points and 45% shooting in all three losses.

As he has multiple times this season, Bennett clamored for more toughness in his postgame comments. He’s without guys like Braxton Key and Mamadi Diakite, who played exceptional defense a season ago.

After the game, Bennett encouraged his team, but made another message clear after telling them to keep their heads up.

“One thing you must do is look in the mirror and say, ‘Am I being as physically tough and mentally sound and tough as I absolutely can be to give ourselves the best chance to be as good as we can be?’” Bennett said.

Bennett believes his team is leaving plays on the floor. They’ve shown at stretches they can play good defense, but the consistency lacks.

“I think we’ve had some of the same type of lapses happen throughout the year in our losses, and they seem to keep coming up and repeating themselves,” redshirt senior forward Sam Hauser said. “I think we do have to get physically tougher, but I think a lot of it starts with the mental side, and we just got to keep working at it.”

Some of the recent defensive lapses have come in the post.

N.C. State scored 30 of its 68 points in the paint Wednesday, with another 23 coming at the free-throw line. Virginia Tech found success against UVa down low earlier this season. Duke, found some success in the paint as well, in many cases using transition opportunities to get easy looks near the rim.

Typically, Virginia’s interior defense is stout. KenPom.com lists UVa as one of the 30 best 2-point field-goal percentage defenses in the country in each of the previous four seasons. The Cavaliers sit at No. 80 in the category this year. If that mark stands, it’ll be Virginia’s worst ranking since 2010-11.

Even with defensive mistakes, UVa has held four ACC opponents to 50 points or fewer. The Cavaliers aren’t terrible defensively, but they’re just not meeting their usual standard of excellence.

“I mean, we’ve shown we can play really good defense,” Hauser said. “It’s just a matter of our consistency on that end. I think in every game that we’ve lost we’ve had really good stretches of defense, but then there’s also been stretches where our mental lapses, our physical toughness is lacking.”

“The physical kind of follows the mental with that,” Huff said. “Toughness isn’t just lifting something really big or something like that. It is all mental and it’s just getting stops down the stretch.”

Wednesday, the team seemed to lack the defensive fire and grit needed to win. The game felt similar to other losses this season, where the Cavaliers almost looked like they were going through the motions. Like the San Francisco loss nearly three months ago, UVa was the superior team on paper. On the court, the execution didn’t match the team’s talent level.

As a result, the Cavaliers aim to regroup amid a three-game losing streak. Just two games remain in the regular season, but they feel there’s plenty of time left to turn things around.

“I told the team after the game that my redshirt year –—that was however many years ago, 20 years ago — we lost four in a row early on in the season and we ended up winning the ACC Tournament,” Huff said. “So nothing has changed in terms of our goals.”

While the goals might not have altered, the Cavaliers’ chances of an ACC regular-season title are diminished. The team’s NCAA seeding projection seems to be sliding after three consecutive defeats. Virginia’s best wins are against Clemson and North Carolina. Both teams are unranked.

Goals remain for UVa, and the belief in the locker room doesn’t seem shaken. The reality, however, shows a season nearing its end. The Cavaliers need improvement because soon losses will end team’s seasons.

“I think it comes down to offense comes and goes — we keep working on that — but I think defensively you can’t allow the lapses that we have,” Bennett said. “That’s been kind of a thing all year, but there are things that are in our control that we’re letting slip and unless we fix those it’ll be tough to win.”