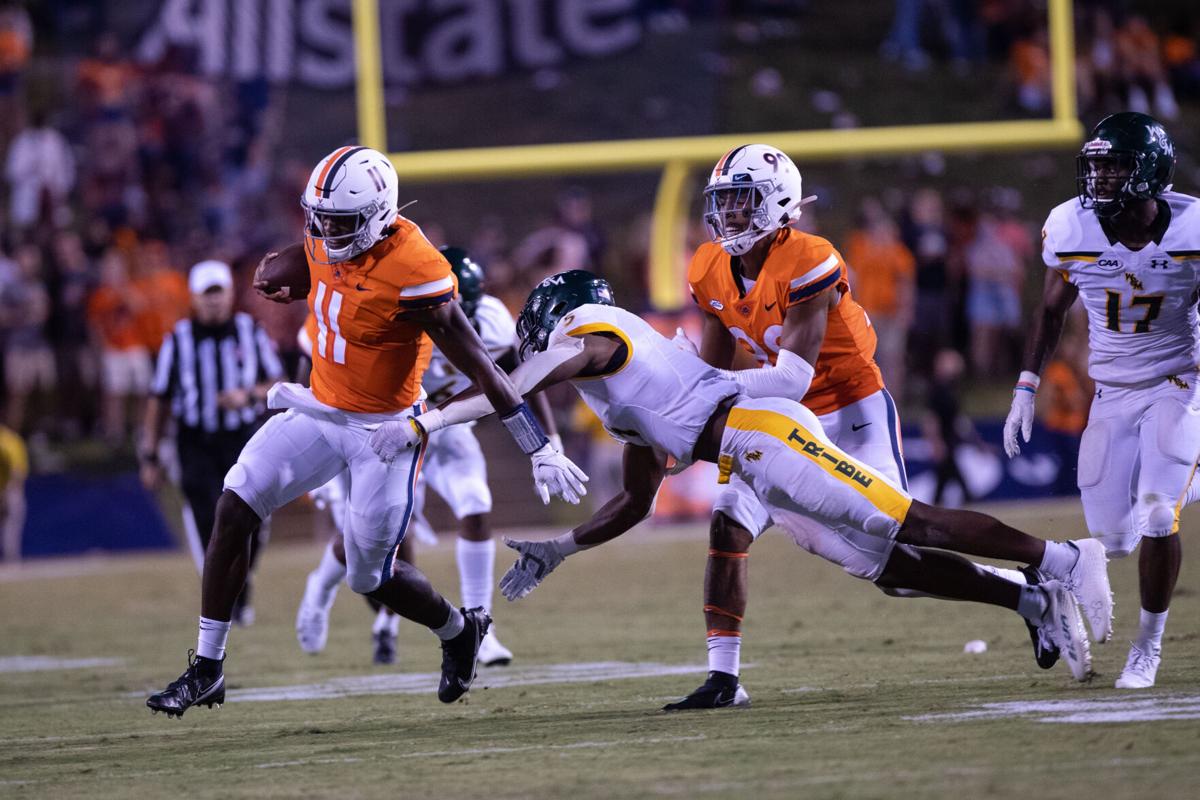 Virginia quarterback Iraken Armstead runs the ball during a game against William & Mary on Saturday at Scott Stadium. 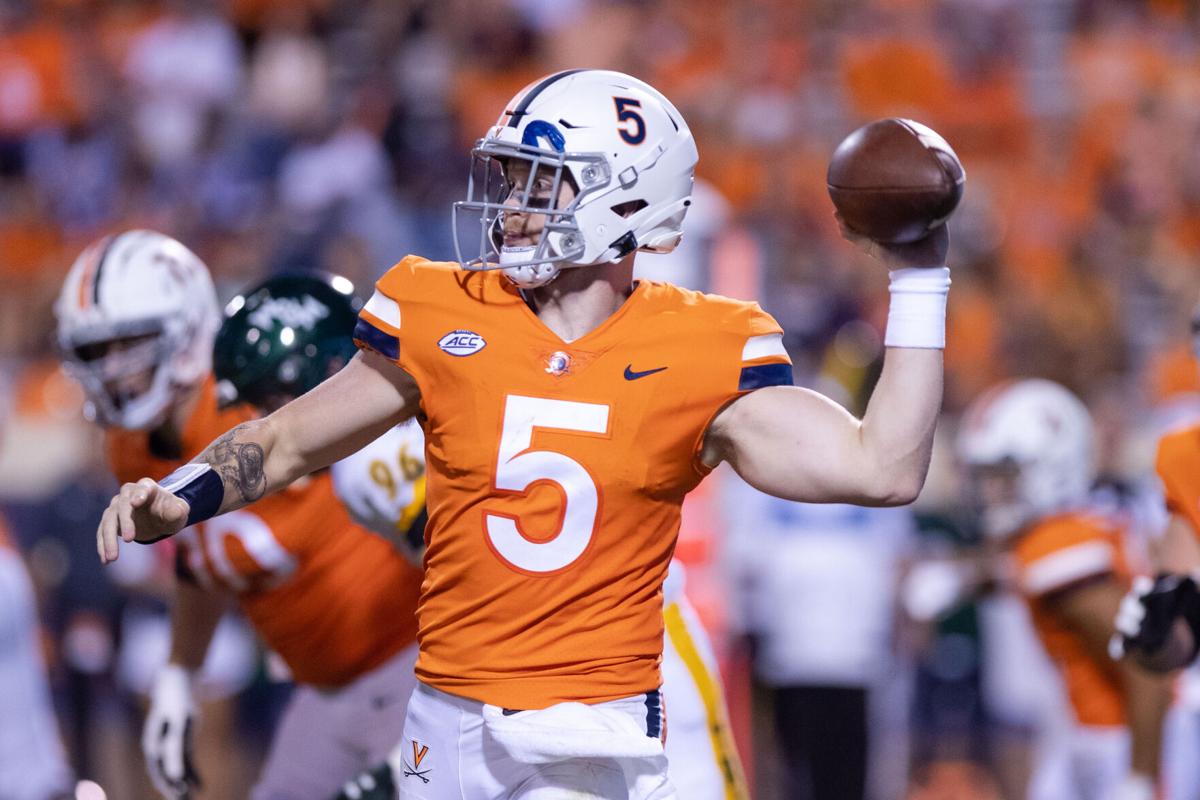 Virginia quarterback Brennan Armstrong throws a pass during a game against William & Mary on Saturday at Scott Stadium.

“Is that all?” head coach Bronco Mendenhall said.

Brennan Armstrong is the team’s undisputed starting quarterback, and Keytaon Thompson spends much of his time at wide receiver. The team’s usage of backups Ira Armstead and Jacob Rodriguez surprised.

Armstead, a redshirt freshman, and Rodriguez, a true freshman, were both active in the first half. They each lined up at wide receiver at times, being utilized on jet sweeps.

Armstead finished the game with 54 rushing yards on five carries, including a 20-yard scamper. Rodriguez ran for 31 yards on four attempts, including a 24-yard rush. The duo found more success as the game wore on, with a few clunky early plays.

At one point early in the second quarter, UVa went to Rodriguez three consecutive times. He dropped a quick pass on second-and-five. On third down, he ran for four yards. On fourth-and-one, he was stuffed.

Eventually, Rodriguez and Armstead made a few noteworthy rushing plays.

Thompson led the team with five receptions. He tallied more than 100 total yards Saturday night on only nine touches. Mendenhall credited Thompson’s 40-yard rush on third-and-one with just a few minutes before halftime as a catalyst for the offense. Of Virginia’s 43 points, 40 came in the final three quarters.

After an offseason talking about running back depth, UVa instead decided to showcase its quarterback depth in a 43-0 triumph over the Tribe.

Quarterbacks handled much of the rushing load Saturday, although no player carried the ball more than seven times. Wayne Taulapapa led the running backs with five carries, averaging 9.6 yards per attempt.

The packages with multiple quarterbacks seemed cute at times, arguably being unnecessary against an FCS foe. But Mendenhall trusts the group of quarterbacks, which also includes freshman Jay Woolfolk. He expects Armstead and Rodriguez to be options in the running game this fall.

“It’s gonna be a lot like tonight,” Mendenhall said.

As for Armstrong, the team’s top option, he was only credited with seven rushes including sacks. He finished with zero rushing yards, but did add a pair of touchdowns on the ground. He did most of his damage through the air, throwing for 339 yards and two touchdowns.

After the game, he seemed content with UVa’s offensive plan. Armstrong said lining up at wide receiver often throughout the first half didn’t throw off his rhythm or timing.

“I know that the reason we have those types of plays is because they’re designed for success with what we’re doing,” Armstrong said. “I just do what we’re doing, and I just kind of go along. If I can get a block down the field … I’ll try to get one of those.”

Moving forward, the Cavaliers understandably expect Armstrong and Thompson to be two of the team’s most important players. They may also use a trio of underclassmen backup quarterbacks in future games, even giving them looks at wide receiver.

Mendenhall and company believe it makes the offense tougher to defend. Armstrong trusts the judgment of his coaches.

“I’m cool with whatever,” Armstrong said.

Virginia quarterback Iraken Armstead runs the ball during a game against William & Mary on Saturday at Scott Stadium.

Virginia quarterback Brennan Armstrong throws a pass during a game against William & Mary on Saturday at Scott Stadium.