Virginia football notebook: Cavaliers spread the wealth on offense
0 comments
Share this
1 of 2 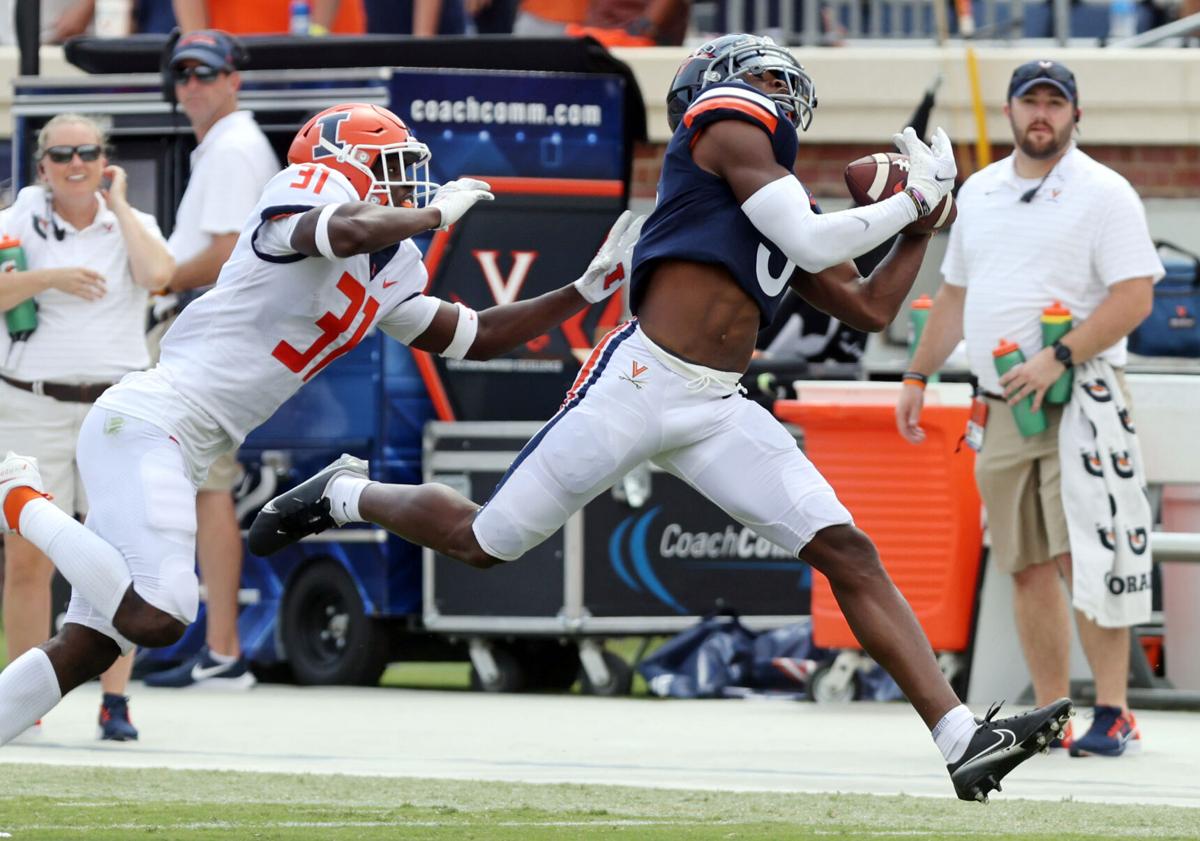 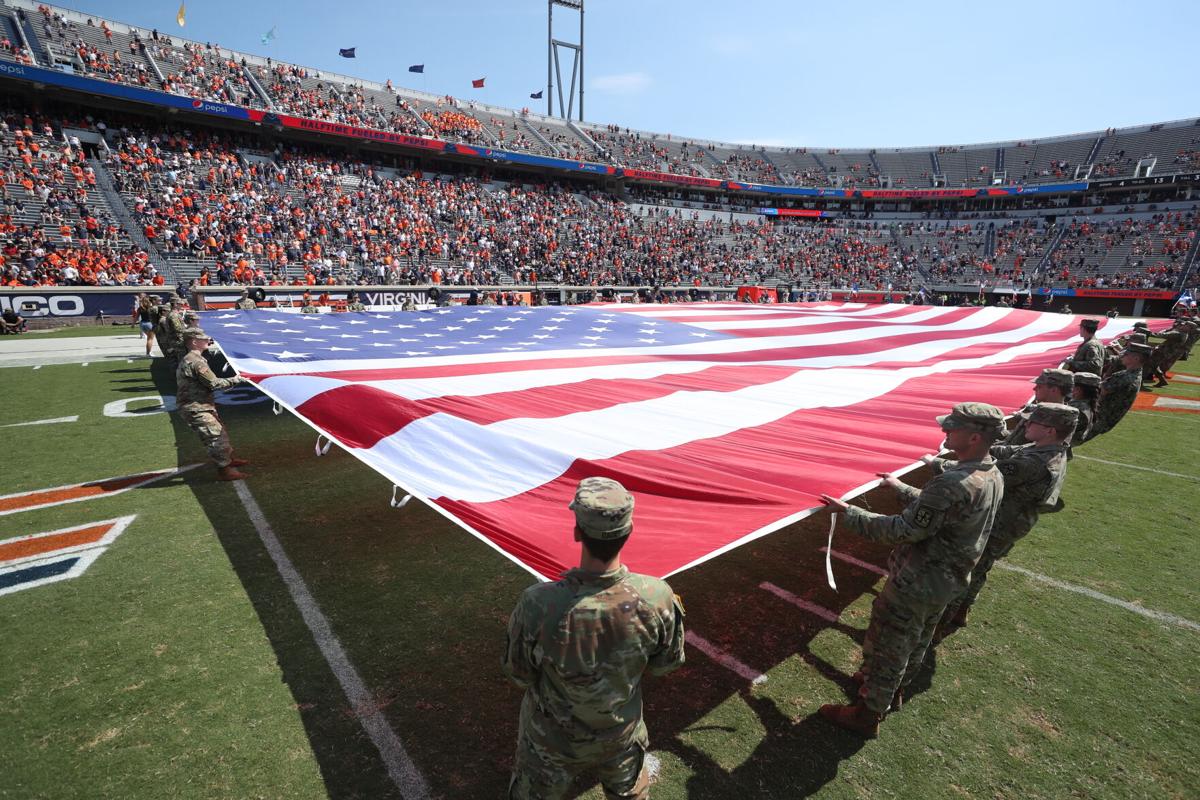 Military personnel carry a large American flag during halftime of Virginia’s game against Illinois on Saturday at Scott Stadium.

When Virginia’s offense works, it’s fun for everyone.

The Cavaliers racked up 556 yards of offense against Illinois in a dominant 42-14 victory Saturday. In the win, seven players carried the football and 10 receivers made catches. Five players, including Dontayvion Wicks, threw passes.

Wicks completed a pass to fellow-left handed thrower Brennan Armstrong for an 18-yard gain in the third quarter.

Armstrong made a nice play on the football, coming back for the catch and avoiding a defender.

Head coach Bronco Mendenhall likes what he saw from his offense. In particular, he likes the variety of weapons used to keep the defense guessing. The players feel the same way, believing the team’s offense still has room for growth in coming weeks.

The group also is having fun, as a collection of players made sizable impacts in the first two games of the season.

“I think we can be one of the most explosive offenses in the country,” offensive weapon Keytaon Thompson said.

While the Cavaliers beat Illinois by 28 points, plenty of the post-game interview sessions with players were spent discussing mistakes. Virginia believes it could’ve opened the game up more early, preventing Illinois from pulling within a touchdown early in the second half.

Virginia missed a pair of field goals Saturday, the first misses of Justin Duenkel’s career. Virginia also went 4-for-10 on third downs, a number Armstrong wanted to see improve in future games. A pair of turnovers on Illinois’ side of the field also prevented Virginia from taking on additional points.

After a two-penalty showing in Week 1, Virginia committed eight penalties for 74 yards against the Fighting Illini.

The Cavaliers were undoubtedly the better team Saturday. Areas to improve remain, though, and the players were quick to point out their own mistakes. They felt they could’ve won the game by well over 30 points.

“We really want to drive them into the ground, take their will from them,” safety Joey Blount said.

Saturday’s game took place on the 20th anniversary of the Sept. 11 terrorist attacks. The football program remembered the day with a series of gestures, including a stadium-wide moment of silence prior to kickoff.

Also ahead of kickoff, an F-22 flyover led to a loud chorus of cheers. The flyover was conducted by U.S. Air Force captains Chelsea Bailey and Nate Jewell. Both Bailey and Jewell are UVa alumni, with Bailey graduating in 2012 and Jewell in 2016.

Other noticeable tributes included an unfurling of the American flag during the halftime show and in-game recognitions of UVa undergraduate veterans.

Armstrong was momentarily hobbled after taking a hit on a pass in the third quarter. He wore a brace on his right knee for the rest of the game. He says he’ll be fine for next week’s game.

Adeeb Atariwa, the team’s starting defensive end, missed the game. He recently suffered an injury in practice. His timetable to return is unclear.

The preseason ACC Coastal Division favorite, North Carolina, welcomes Virginia to Chapel Hill next Saturday night. The game opens conference play for the Cavaliers, while the Tar Heels suffered a defeat to Virginia Tech in Week 1.

The South’s Oldest Rivalry has been defined by lengthy winning streaks, especially in recent seasons. Virginia has won four consecutive games against North Carolina, including the past two in Chapel Hill. Prior to UVa’s four-game winning streak in the series, UNC won seven consecutive matchups.

Military personnel carry a large American flag during halftime of Virginia’s game against Illinois on Saturday at Scott Stadium.