Back to homepage
Subscriber Login
Please subscribe to keep reading. You can cancel at any time.
Loading&hellp
You are the owner of this article.
Edit Article Add New Article
You have permission to edit this article.
Edit
In honor of Independence Day, The Daily Progress is providing unlimited access to all of our content from June 28th-July 4th! Presented by an anonymous donor that values the importance of journalism 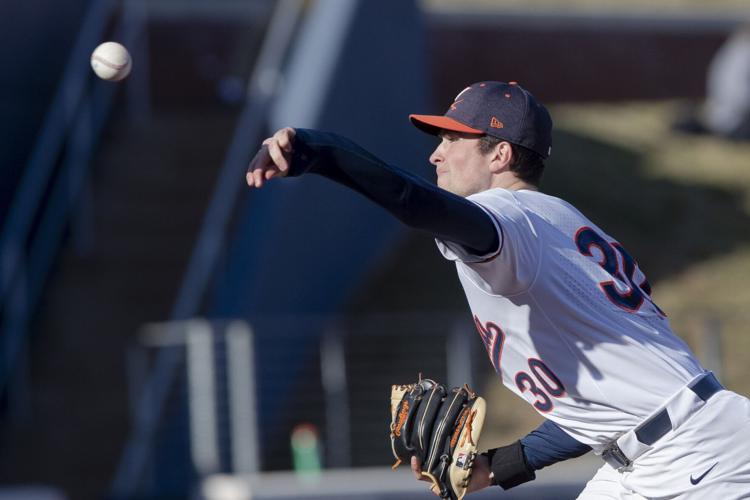 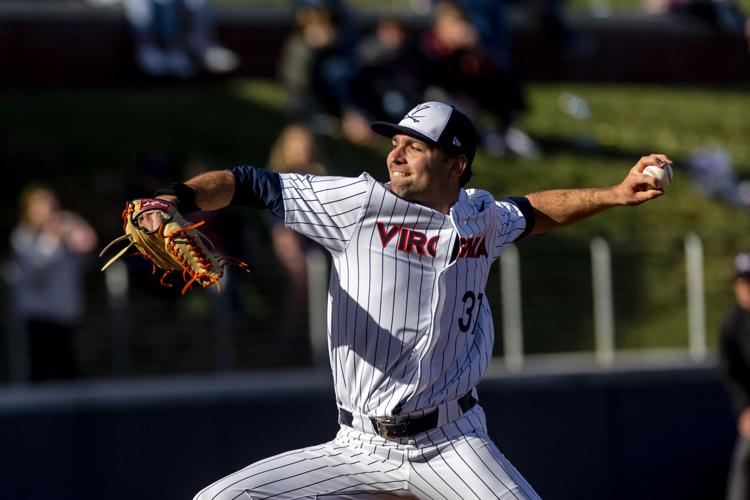 GREENVILLE, N.C. — They understand Virginia’s ability to advance through this weekend’s Greenville Regional varies depending on how well each of them throws.

But the chance to greatly impact the length of the Hoos’ postseason stay is embraced by left-handed starters Nate Savino and Brian Gursky, who have anchored the Cavaliers’ rotation all season long.

“I’m very excited,” Savino said. “We’re going to take it one game at a time and we’re just going to give it everything we’ve got.”

Said Gursky: “The first two games are super important. And of course, I haven’t been in a regional before, but if you win your first two, you’re in a good place and you’re not playing from behind. It’s vital.”

Savino will start for second-seeded UVa (38-17) in its regional opener on Friday at 6 p.m. against No. 3 seed Coastal Carolina (36-18-1) at Clark-LeClair Stadium. Gursky’s start could come Saturday, but will be determined based on Friday’s results and potential matchups on Saturday or Sunday. He said he has skimmed lineups for the three potential opponents in the pod.

Of the two, Savino (5-6, 4.02) is coming off the better outing after 4.2 innings of two-run ball against Notre Dame in the Atlantic Coast Conference Tournament to follow up a strong effort in which he picked up a victory at Louisville after a string of six consecutive starts without earning a win. And he said he’s feeling confident he can build on those recent appearances to pitch well against the Chanticleers, a squad that has tallied double-digit run totals in eight of their last 13 games.

His catcher, Kyle Teel, said Savino has improved since his tough stretch in the middle of the season.

“He’s just learning as he goes,” Teel said. “And he’s just been putting in hard work every day and maturing as a pitcher, and I think it’s really exciting to see him do that.”

Savino said he’s become conscious of the importance of keeping his delivery directionally straight down the mound. When he closes himself off, he said, he loses velocity on his fastball.

The junior, who threw nine innings in the postseason last year during the Cavaliers’ run to the College World Series, said he’d draw from those experiences in this start, too.

“It’s definitely helpful to have that in my arsenal,” Savino said. “It’s knowing how teams come out and just how prepared you need to be to face these teams, because they’re going to give their all, and it’s do or die now. So, it comes down to executing your pitches and knowing what’s going on in the game and not letting it speed up.”

Cavaliers skipper Brian O’Connor said he trusts Savino to get the job done.

“He’s pitched in a lot of big games for us,” O’Connor said. “He pitched in Omaha last year and he pitched in some big games throughout the year last year, so we knew coming in that Nate Savino had the most experience on our pitching staff of anybody we had. So, when you’re playing a terrific opponent like Coastal and you’re in the NCAA Tournament, then you want to go with a guy that has a tremendous amount of experience.”

Gursky, whenever he starts whether it’s against top-seeded East Carolina, No. 4-seed Coppin State or in another potential matchup with Coastal, won’t carry with him the past successes in a regional since he’ll be pitching in one for the first time. The graduate transfer from Southern California was an All-ACC second-team selection this spring and he hopes that form shows itself as he tries to shake off his shortest start of the year after lasting only 2.1 innings against Florida State last week in Charlotte.

“It was a couple of pitches here and there,” Gursky said. “I think I could’ve done a lot better. I was filling it up in the zone and a couple of two-strike pitches were too good to middle-of-the-order guys and I should’ve thrown put-away pitches, and then things kind of snowballed for the first time this year.”

He said he should’ve been smarter in those situations and plans this weekend to back off his aggressiveness in particular situations, such as when he’s ahead in the count.

Both Gursky and Savino said they’d continue to root on and encourage the other throughout the regional as well. The southpaws have consulted each other frequently during the season.

“It’s great having him,” Savino said. “We both go back and forth about things to work on. He’s very good with his changeup and that’s something I’ll take from him and he’ll come up to me and help me with that. I’ll give him stuff, too, and it’s cool having both of us as lefties and it works well, honestly, because I think we’re completely different pitchers.”

Savino relies more on his fastball and slider, while Gursky leans on his changeup.

“He’s a younger guy,” Gursky said. “I’m an older, experienced guy, and we complement each other in those ways, and we talk to each other here and there. We don’t try to mold each other based on what we’re not, but we’ll talk pointers and try to better ourselves.”

Throughout the regional, the Hoos will need Savino and Gursky on top of their game.

Said O’Connor: “To win this time of year and advance out of a regional, you got to get quality starts. I’m not saying every guy has to pitch into the seventh and eighth inning, but they’ve got to be competitive in the first half of the game.”

U.S. swimmer rescued by coach after fainting at world championships