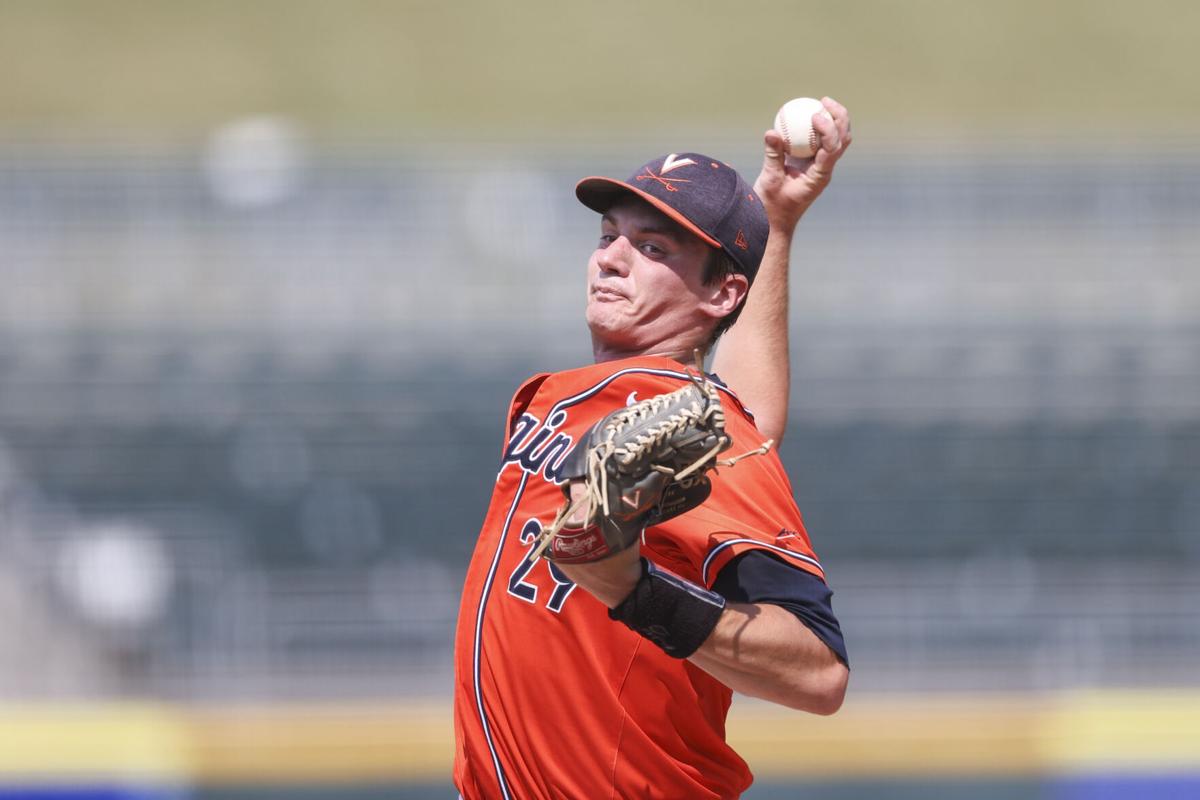 Virginia pitcher Zach Messinger delivers against Virginia Tech in the ACC Tournament on Tuesday in Charlotte. 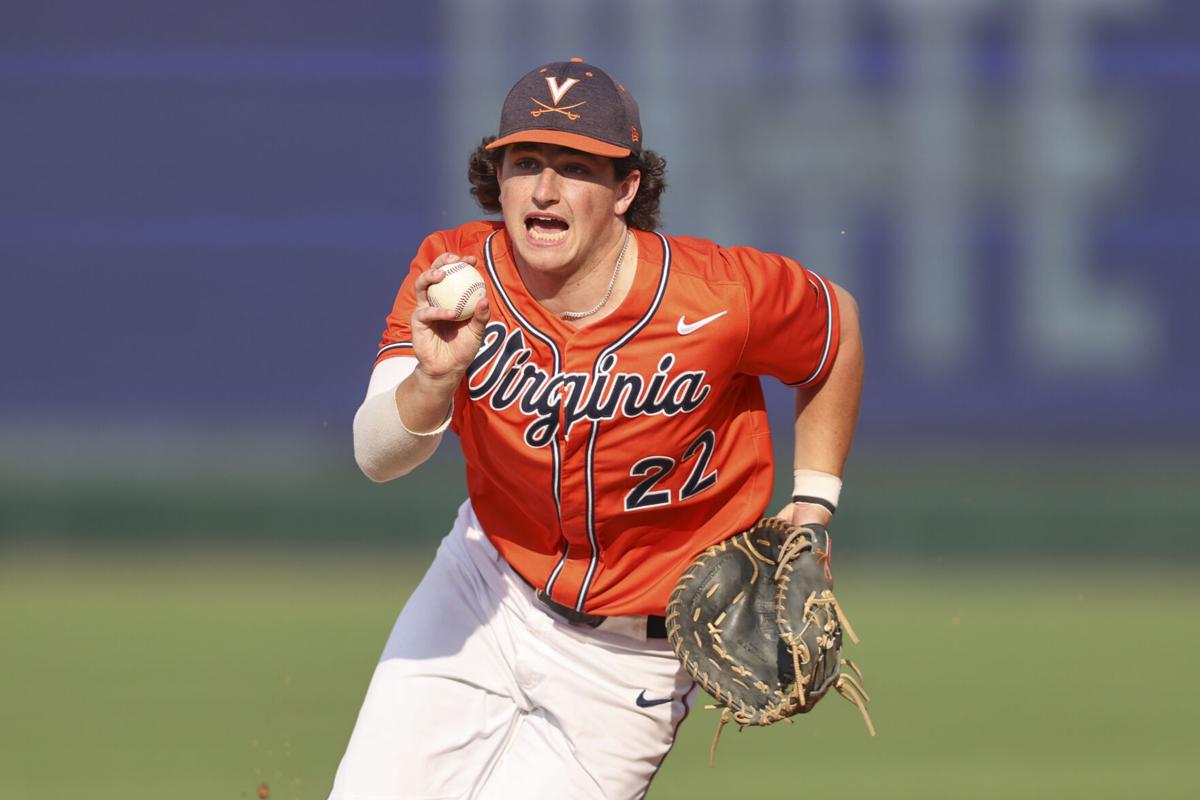 The junior had never pitched in the conference tournament, and he knew the team needed a win over the Hokies to have any shot of advancing into the ACC semifinals.

“Obviously I was excited,” Messinger said. “I knew that I worked all year for this opportunity.”

Messinger delivered arguably his best outing of the spring, tossing 5 1/3 innings and allowing just two runs. He earned the win and his bullpen backed him up with 3 2/3 scoreless frames as the No. 8 seed Cavaliers defeated No. 12 seed Virginia Tech 3-2 to set up a crucial Friday morning game with top-seeded Notre Dame. The winner will advance to the ACC semifinals.

The goal for Messinger entering the day was to treat the game like a typical midweek start. That’s hard to do when facing a rival in an important game.

“It being Tech has a little added value,” Messinger said. “That was pretty sweet. Not gonna lie.”

It was a solid team effort for UVa on Tuesday, as the Cavaliers scored quickly and held on late for the victory.

Senior catcher Logan Michaels drew a walk in the second inning before a delayed steal attempt. The stolen base threw off the defense, which didn’t properly cover second base. The throw toward second base bounced into the outfield, allowing Michaels to advance to third.

Freshman Jake Gelof delivered with a sacrifice fly to right field to put Virginia up 1-0 after two.

Fellow freshman Kyle Teel added to UVa’s lead in the third, launching a no-doubt home run over the right field fence. The home run was a two-run shot, giving UVa a 3-0 edge. It’s Teel’s eighth home run of the season and his third against the Hokies.

“I just tried to do what I always do and hit the ball hard,” Teel said, “and that’s what happened.”

As the offense put a few runs on the board, Messinger and the defense helped keep Virginia Tech’s bats silent. Messinger was in command for much of his start, and his defense made a handful of nice plays. The Gelof brothers, with Jake at first and Zack at third, were both steady in the infield and turned a couple potential hits into outs.

“There’s no question that he was the right guy to start today,” head coach Brian O’Connor said of Messinger. “He was in complete control of the game, made good pitches when we needed to and really got us off to a great start.”

A two-run home run to left field from freshman Tanner Schobel in the top of the sixth put the Hokies on the board. They threatened later in the inning, putting runners on first and second with junior reliever Brandon Neeck in the game for UVa. The left-handed pitcher induced a double play, and Virginia Tech didn’t put in a runner in scoring position for the rest of the game.

O’Connor said Tuesday would have been a heavy practice workload for Abbott if he didn’t play in the game, so they supplemented a practice session for an inning of work against the Hokies. It worked out nicely, as he kept the Hokies from tying the game. Abbott will be available Friday against Notre Dame, and he’s expected to start.

Senior Kyle Whitten shut the door in the ninth, earning his first save of the spring. On a day when the offense only scored three runs, the bullpen and Messinger did enough for UVa to open the conference tournament with a victory.

After the win, O’Connor doubled down on remarks from Sunday, believing his team should be in the NCAA Tournament field regardless of what happens the rest of the week in Charlotte.

“There’s absolutely no question that our team deserves to be playing next weekend,” O’Connor said.

Fresh off its run to the College World Series, the Virginia baseball team kicks off fall practice.

'Lots exposed, lots to work on': Virginia tasked with bouncing back quickly for Friday night game after UNC loss

“Lots exposed, lots to work on. But wow, what a huge opportunity for us to see it, have it right out there in the open and get to work on it.”

Virginia pitcher Zach Messinger delivers against Virginia Tech in the ACC Tournament on Tuesday in Charlotte.