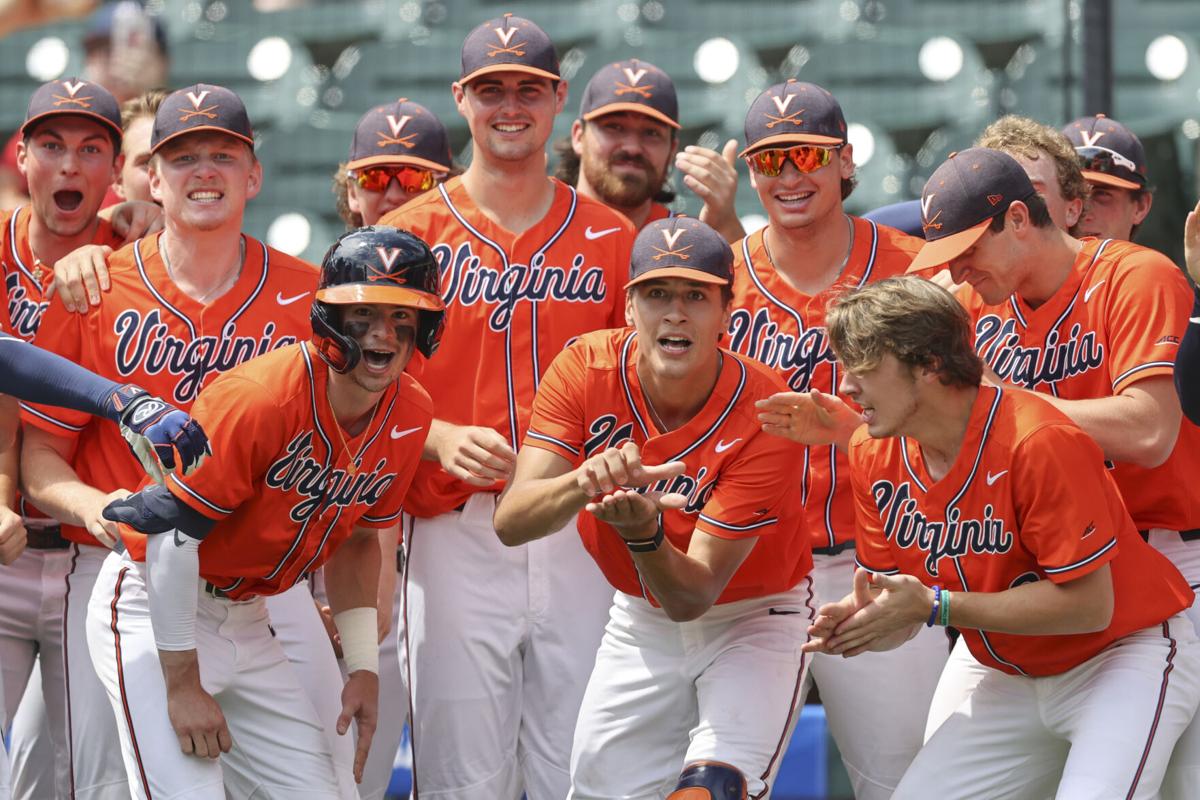 Virginia baseball players celebrate during their win over Notre Dame in the ACC Tournament in Charlotte. 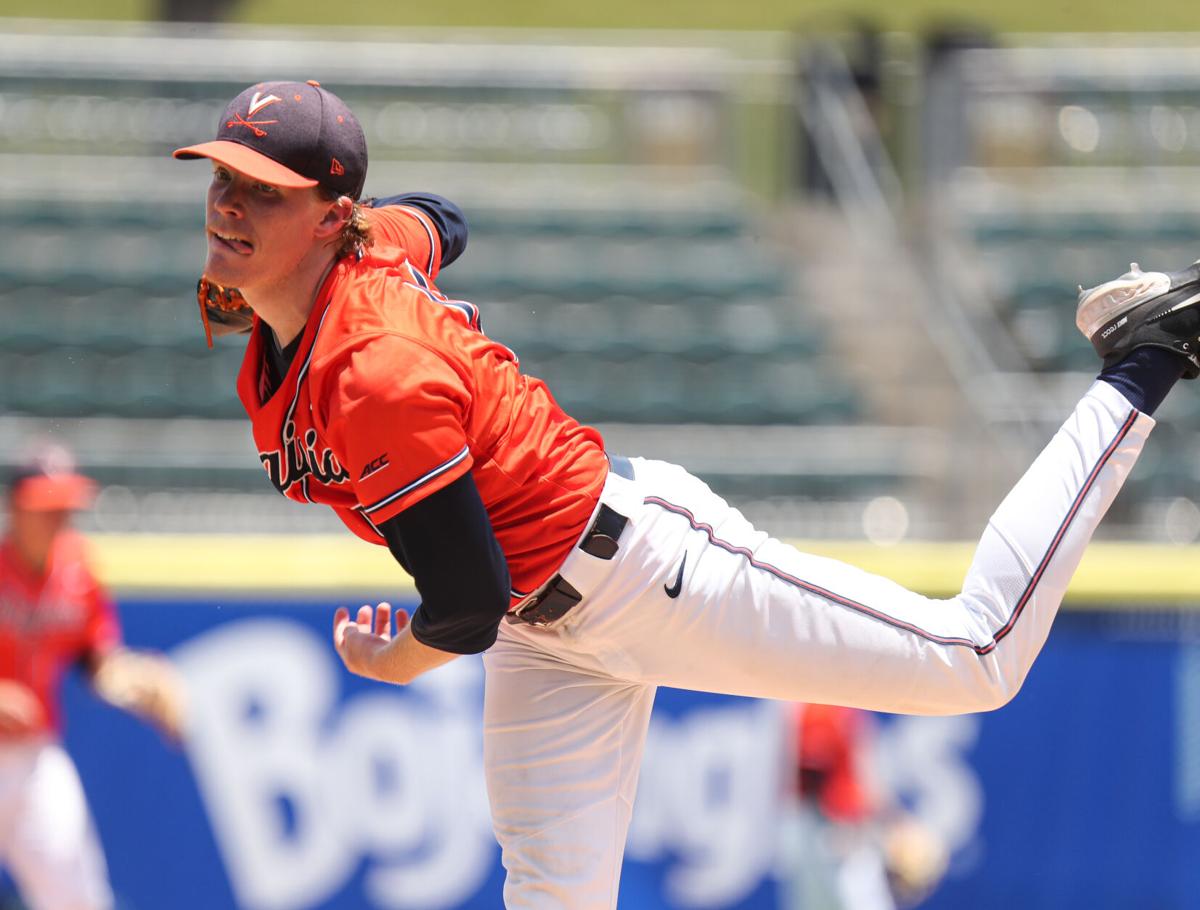 Friday, the team starts NCAA Regional play for the first time since 2017. Everything rides on this weekend, which is exactly what the program wants.

“This is where winners emerge,” head coach Brian O’Connor said. “If you win, your season continues on. If you don’t, it doesn’t.”

There’s pressure on every remaining team as the Cavaliers embark on the Columbia Regional. Play begins Friday at noon on ESPN2 against South Carolina, the host school and the second seed in the Regional.

Hoping to start the series off on a strong note, O’Connor’s club will use senior ace Andrew Abbott in the game against the Gamecocks. Abbott has been stellar of late, not allowing an earned run in any of his last four starts.

“You really find out what people are made of at this time of year, and I got no doubt that Andrew Abbott will be at his best,” O’Connor said.

Abbott will square off on the mound with South Carolina’s Brett Kerry. The do-it-all pitcher is tied for the team lead in saves with four, but he’s also shown the potential to be a dominant starter. The Gamecocks will hand him the ball to start against UVa.

Kerry has tossed at least six innings in each of his last three outings, giving up just three earned runs over 22 innings. He’s struck out 24 during that span. The right-handed pitcher tallied 83 strikeouts across 52 innings this spring, only walking nine.

The top-tier pitching battle starts off what figures to be a competitive Regional. Jacksonville put together an improbable conference tournament run to make it to Columbia, and they’re hoping to play spoiler. No. 11 seed Old Dominion is a special team. The Monarchs are elite at the plate, hitting 101 home runs this season. It’s a tight-knit club with talent.

Advancing will be a challenge for UVa, especially on the road. South Carolina will host the Regional, and the Gamecocks have played elite competition all spring. They’re used to facing top-flight pitching and hitting thanks to an SEC slate.

Eyster added that South Carolina, like every team in the Regional, will need to play its best baseball to have any shot to make a Super Regional.

“There’s no question it’s a huge advantage not only to win the first one, but it’s winning the first two,” O’Connor said. “It really doesn’t matter if you win the first one if you don’t win the second one as well.”

For UVa to win both games it’ll need a strong showing from Abbott on Friday and a good outing from junior Mike Vasil, who figures to start Saturday’s game. Vasil has been steady all season, although he’s had a couple rocky outings by his standards in the second half of the season. He allowed four runs in 4 1/3 innings in an ACC Tournament loss to Duke.

“Everybody goes through lulls, Andrew went through a lull as well,” Virginia pitching coach Drew Dickinson said. “Now I’m hoping Mike has come out of his lull and we get that good 1-2 punch back with our bullpen and everything.”

The pitching is strong, and the offense performed well over the last two months. O’Connor wants to see a few batters rise up with big games. He thinks that could be the difference between advancing and falling short.

As the Cavaliers prepare for Friday’s high-pressure game, they’re confident. They dug a hole early in the season with a 4-12 start in conference play. Making the NCAA Tournament feels like mission accomplished in some respects.

Now, they plan to play freely.

“We had pressure on us the whole back half of the year, and now I’d argue that we almost have zero pressure,” junior Zack Gelof said. “I think the pressure is on the other teams and now we can just go out there and build off what we’ve been doing as a team. Go out there and have fun.”

Virginia baseball players celebrate during their win over Notre Dame in the ACC Tournament in Charlotte.