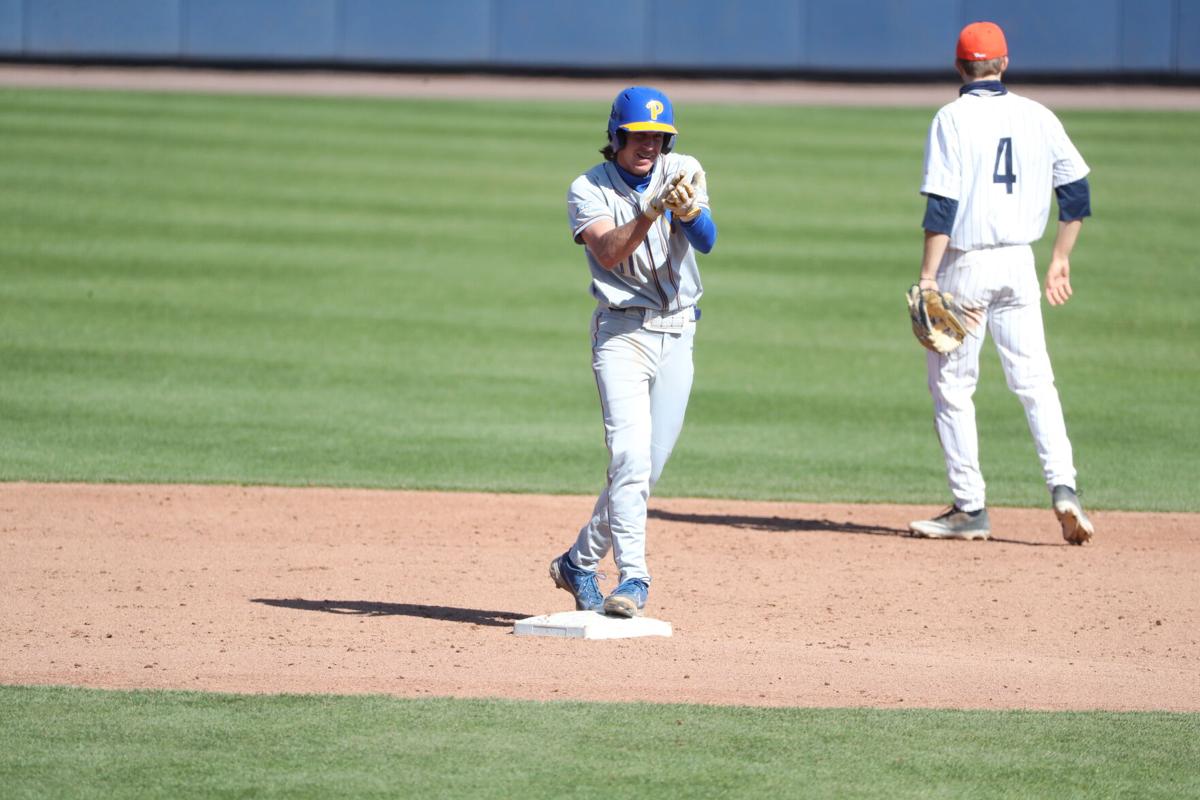 A Pittsburgh player celebrates on second base during the Panthers’ win over Virginia on Sunday at Disharoon Park. 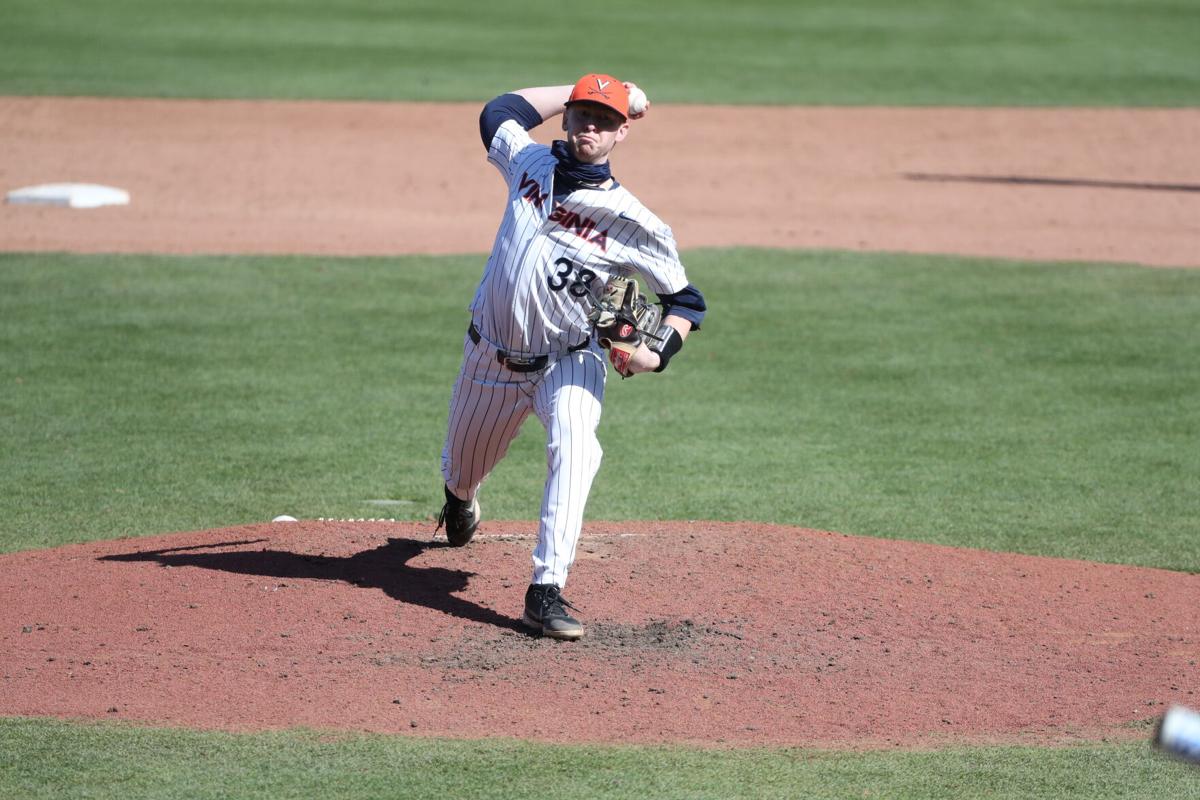 It’s not surprising when ACC baseball teams head into the third game of a series after splitting the first two matchups. The talent in the league is exceptional, and it’s tough to beat the same team two days in a row.

The competition and parity within the league, especially this spring, makes Virginia’s start all the more perplexing.

The Cavaliers fell to No. 18 Pittsburgh 6-2 on Sunday afternoon, handing the team its fourth consecutive ACC series loss. Virginia (8-10, 2-9 ACC) has yet to win the first or second game of an ACC series this spring.

UVa junior infielder Nic Kent opened the game with a single. The hit seemed like a sign of good things to come for a struggling offense. Instead, the offense reverted to its sputtering self.

While Gilbertson controlled the Cavaliers’ bats, Pitt opened up a lead.

The Panthers pushed two runs across the plate in the third. They strung together three consecutive singles followed by a double to plate two runs against UVa starter Griff McGarry.

With the offense floundering, every run delivered a significant blow to UVa’s chances of winning.

In fairness, the pitching Sunday wasn’t perfect either. The Cavaliers issued seven walks and the defense made a pair of errors to help the Panthers.

“You can look at offensive execution all you want, but if you really break it down and look at our pitcher execution, there [are] a few miscues on us as pitchers as well,” Messinger said. “Giving up six runs, we walked a lot of guys today, myself included. I’ve got all the confidence in the world in our offense.”

UVa put its second runner on the bases in the sixth inning. Senior outfielder Marc Lebreux singled through the right side of the infield. He stole second and scored when freshman designated hitter Kyle Teel singled up the middle.

Unfortunately for UVa, the offense didn’t do enough to win Sunday.

Popa hurt the Wahoos again in the eighth inning, when he drove in his third run of the day with an RBI single up the middle. He went 3-for-5 with three RBI and a pair of runs scored. He was the only Pitt player with multiple hits. A sacrifice fly later in the frame gave the Panthers a 6-1 advantage.

UVa senior infielder Devin Ortiz ripped a line-drive home run to left field in the bottom half of the frame to cut the lead to 6-2. UVa stranded runners on first and third base to end the eighth inning.

O’Connor liked his team’s energy Sunday, but the execution lacked, especially at the plate.

“I think our enthusiasm is good, but enthusiasm can only take you so far,” O’Connor said.

Jordan McCrum, a senior pitcher, came into the game in the ninth for Pitt. He came in for Gilbertson, who tossed eight innings without allowing a walk. Gilbertson gave up the two runs and picked up his third win of the season with a stellar showing. McCrum, a Monmouth transfer, shut the door on UVa in the final inning.

Junior right-handed pitcher Mike Vasil, who left last Sunday’s game early with a back injury, will start for UVa on Monday afternoon. First pitch is set for 2 p.m.

“We’ve just got to be a whole lot better,” O’Connor said.

A Pittsburgh player celebrates on second base during the Panthers’ win over Virginia on Sunday at Disharoon Park.