Virginia’s Nic Kent was selected by the Colorado Rockies in the 11th round of the MLB Draft. 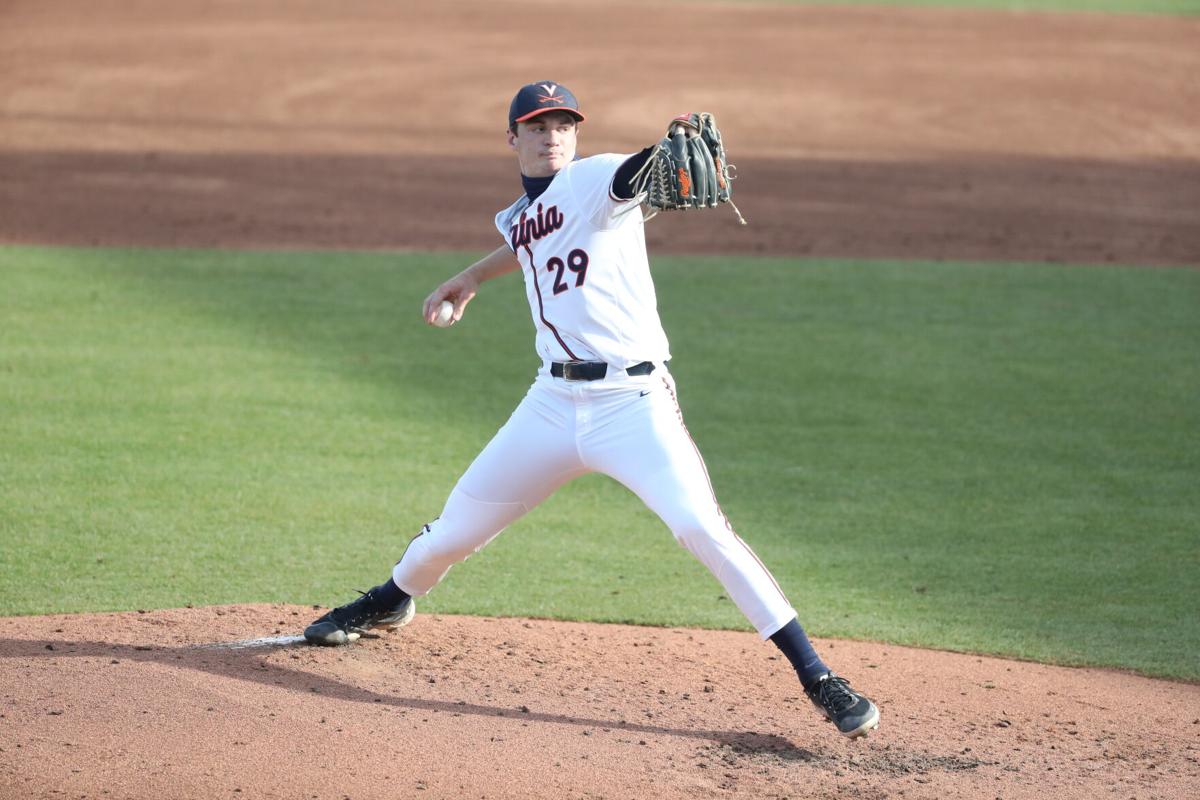 Virginia pitcher Zach Messinger was chosen by the New York Yankees in the 13th round of the MLB Draft.

Two juniors on the Virginia baseball team were selected in Tuesday’s portion of the MLB Draft.

Shortstop Nic Kent and pitcher Zach Messinger have decisions ahead of them. They could opt to return to Charlottesville for a final collegiate season or instead turn professional.

Kent, a Charlottesville native who played his high school baseball at St. Anne’s-Belfield, was drafted by the Colorado Rockies in the 11th round of the 2021 MLB Draft. The shortstop went 320th overall.

Kent, a junior, may still opt to return to Virginia for his senior season in hopes of returning to Omaha and boosting his draft stock. Kent struggled at times for the Wahoos this season, hitting just .239. He did, however, hit eight home runs to go with 45 RBI.

In his first two collegiate seasons, Kent hit four combined home runs and batted at least .328 in both seasons. Kent stole 17 bases as a freshman, six in his shortened sophomore season and 15 this season. His blend of speed and power make him an intriguing MLB prospect.

He also showcased defensive excellence at times this season, including a dazzling performance against Texas in the College World Series when he made a couple of web gems.

Messinger, a junior pitcher, was picked in the 13th round by the New York Yankees. Much like Kent, Messinger has a decision to make after being drafted 393rd overall. A return to Charlottesville could allow him to showcase improved consistency, which could lead to a better draft slot in 2022.

Messinger posted a 4.89 ERA across 57 innings this season. He struck out 64 batters..

At 6-foot-6 and 225 pounds, Messinger is a powerful right-handed thrower with good velocity. He showed the ability to start or come out of the bullpen for the Wahoos this season.

With Kent and Messinger being selected, six UVa players were selected in total in this year’s 20-round MLB Draft. Four were pitchers, with Andrew Abbott, Griff McGarry and Mike Vasil joining Messinger. Zack Gelof, a junior third baseman, joined Kent as a position player drafted.

Redshirt senior catcher Logan Michaels was not drafted, but shared on social media after the draft that he has signed a deal with the Baltimore Orioles organization.

Virginia’s Nic Kent was selected by the Colorado Rockies in the 11th round of the MLB Draft.

Virginia pitcher Zach Messinger was chosen by the New York Yankees in the 13th round of the MLB Draft.