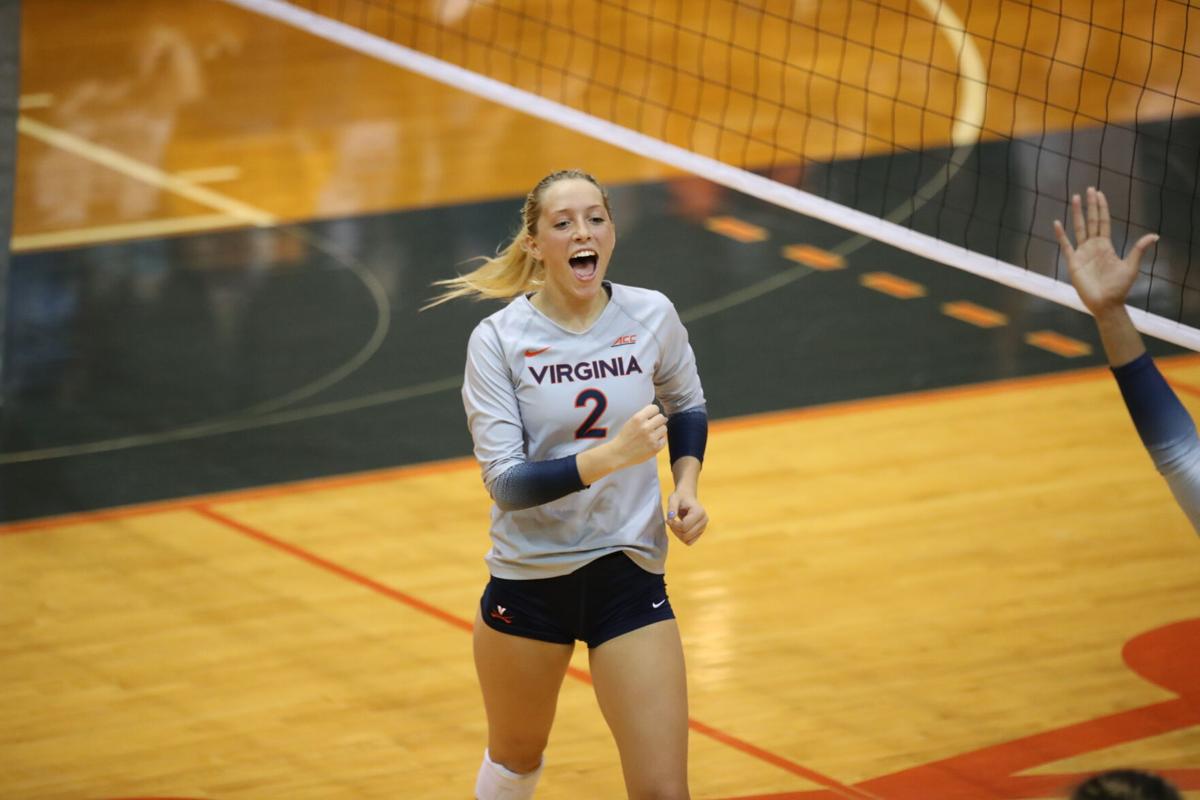 Virginia's Brooklyn Borum celebrates during the Cavaliers' match against Akron on Friday at Memorial Gymnasium. 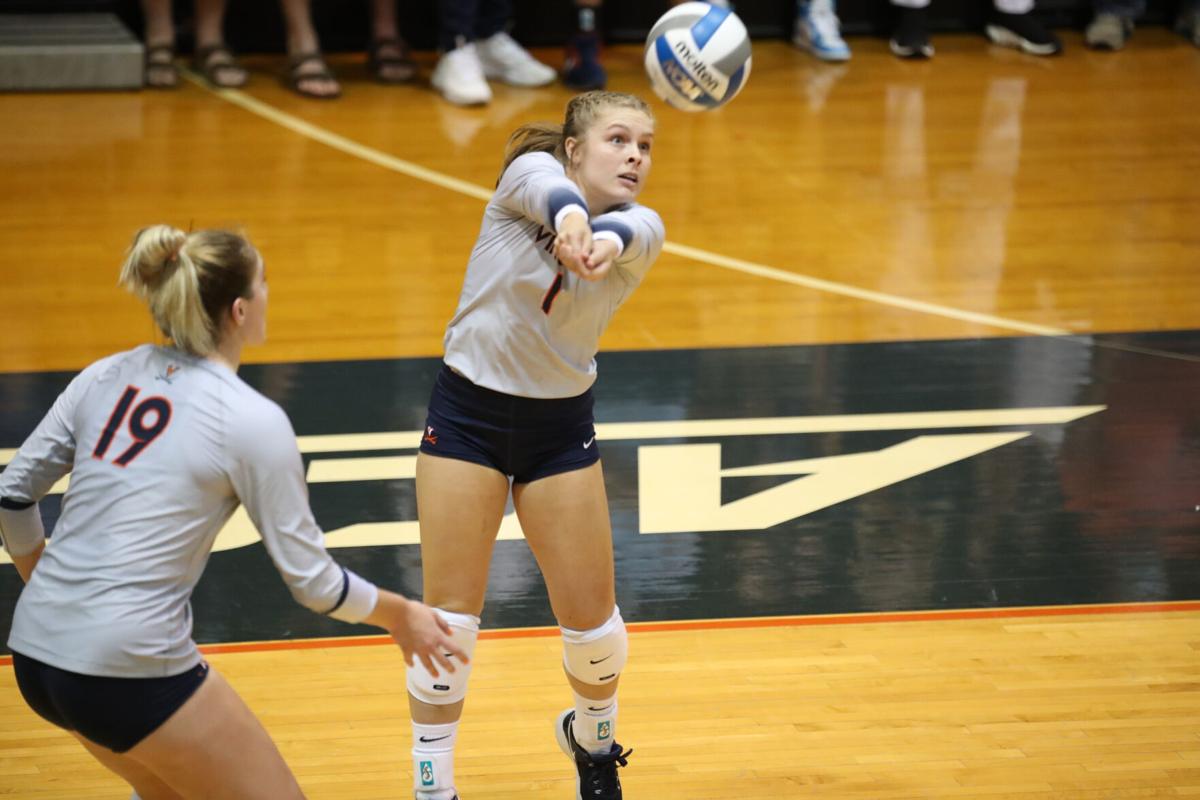 “They’re resilient,” Wells said. “That’s something we’ve really been working on is just continuing to stay tough and ignoring the score.”

Here are three takeaways from the Cavaliers’ Friday night victory.

There’s reason for fans to be excited about the Cavaliers as they enter a new era of their program’s history. Wells comes to Virginia with a strong coaching background, finding tremendous success as an assistant coach at Florida. She’s hoping to build a stronger culture at Virginia, a program that fired its coaching staff a season ago and hasn’t made the NCAA Tournament in the last 20 years.

While maybe a small detail, Wells seemed to have complete command of her team’s huddle Friday. After a first-set defeat, Wells joined the huddle, asking her squad to “listen up.” Everyone fixed their attention on Wells for the next minute, locked in on their coach’s command.

They rallied to win the second set, showing improved execution from the opening set. UVa showed impressive resilience all night, eventually prevailing in five sets. It was a gritty effort from a team that went through a challenging 2020-21 season.

There’s a long way for UVa’s program to go as it hopes to become relevant in the ACC, but the relatively youthful team responded to Wells’ coaching style and demeanor Friday.

Sophomore outside hitter Mary Shaffer didn’t see the court much as a freshman, but she’s making an early impact in her second collegiate season. The team looked significantly better with Shaffer on the court.

“She’s been ready to have a breakout year,” Wells said.

Grace Turner, a senior, also impressed. Turner carried the team on a run early in the third set, energizing the crowd as UVa turned a 9-4 deficit to a 10-10 tie. The Cavaliers seemed poised to win the third set, but the Zips won the final five points to take the third set, 25-22.

UVa did well to close the match strong in the final two sets, leaning on Turner, Shaffer and Walker.

A sizeable contingent of UVa students attended the first home match of Wells’ Virginia coaching tenure. Memorial Gym was rocking in the early stages of the match, particularly in the second set.

After dropping the opening set 25-16, the Cavaliers used energy from the crowd to help propel them to a second-set win. Most portions of the bleachers were packed to the brim, and at times it appeared to be standing room only.

“This place is awesome,” Wells said. “The athletes continue to warn me of what it feels like to play in [Memorial Gym]. We got a little bit of a taste of it.”

Some of the students headed out after the second set and even more left the facility after the third set, but the overall atmosphere was strong for much of the match. The fans that stayed throughout were lively and engaged, giving Virginia a noticeable home-court advantage.

“The athletes are working really hard, and they deserve a great fan base like this,” Wells said.

UVa faces Winthrop on Saturday at 2 p.m., looking to secure its second home win of the season.

Key stat: Virginia trailed 8-3 in the final set before rallying to win.

Virginia guard Chris Glaser, who has started 17 straight games and 39 total in his UVa career, missed the second half of Saturday’s 48-0 win over Duke after suffering vision problems due to ocular migraines in the second quarter.

Martin Hehir, the sixth-place finisher at the 2020 U.S. Olympic Marathon Trials, outlegged a stellar field over the hilly grass paths of Foxfield to win the Charlottesville Men’s Four Miler.

Virginia's Brooklyn Borum celebrates during the Cavaliers' match against Akron on Friday at Memorial Gymnasium.