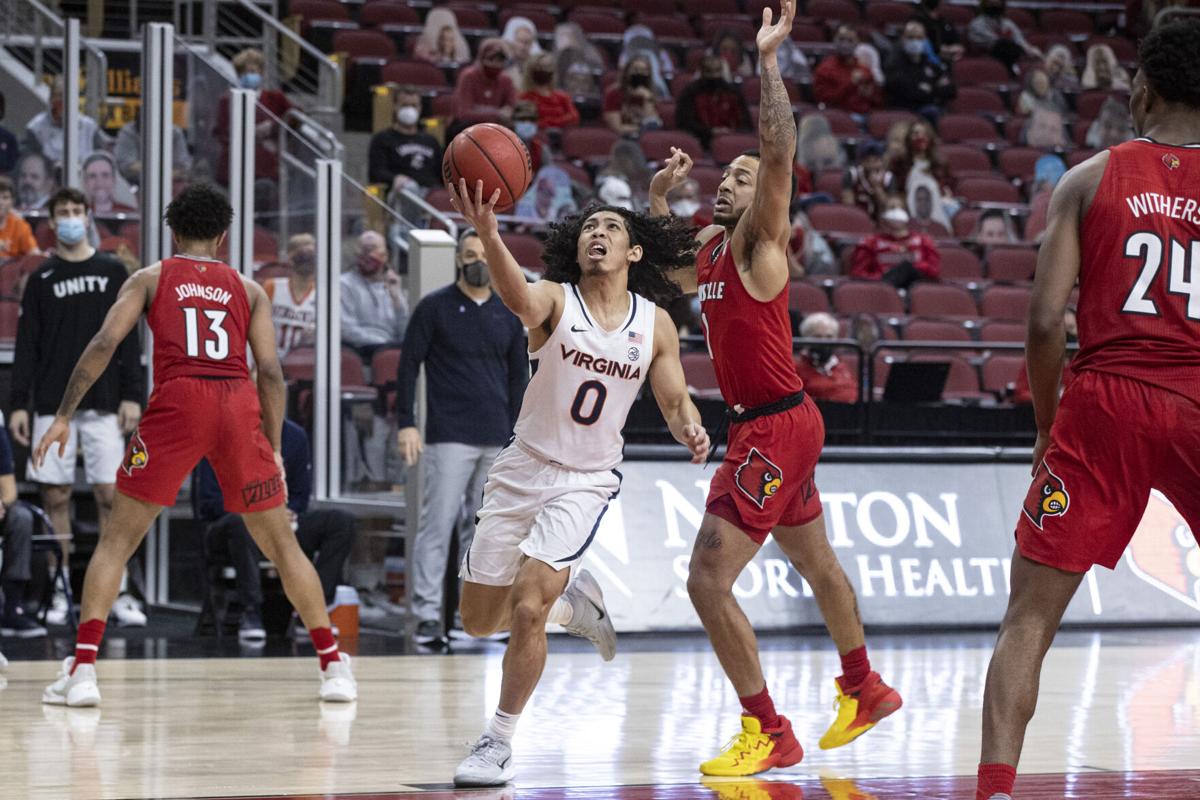 Virginia’s Kihei Clark drives to the basket during the second half against Louisville on Saturday at the KFC Yum! Center in Louisville, Ky. 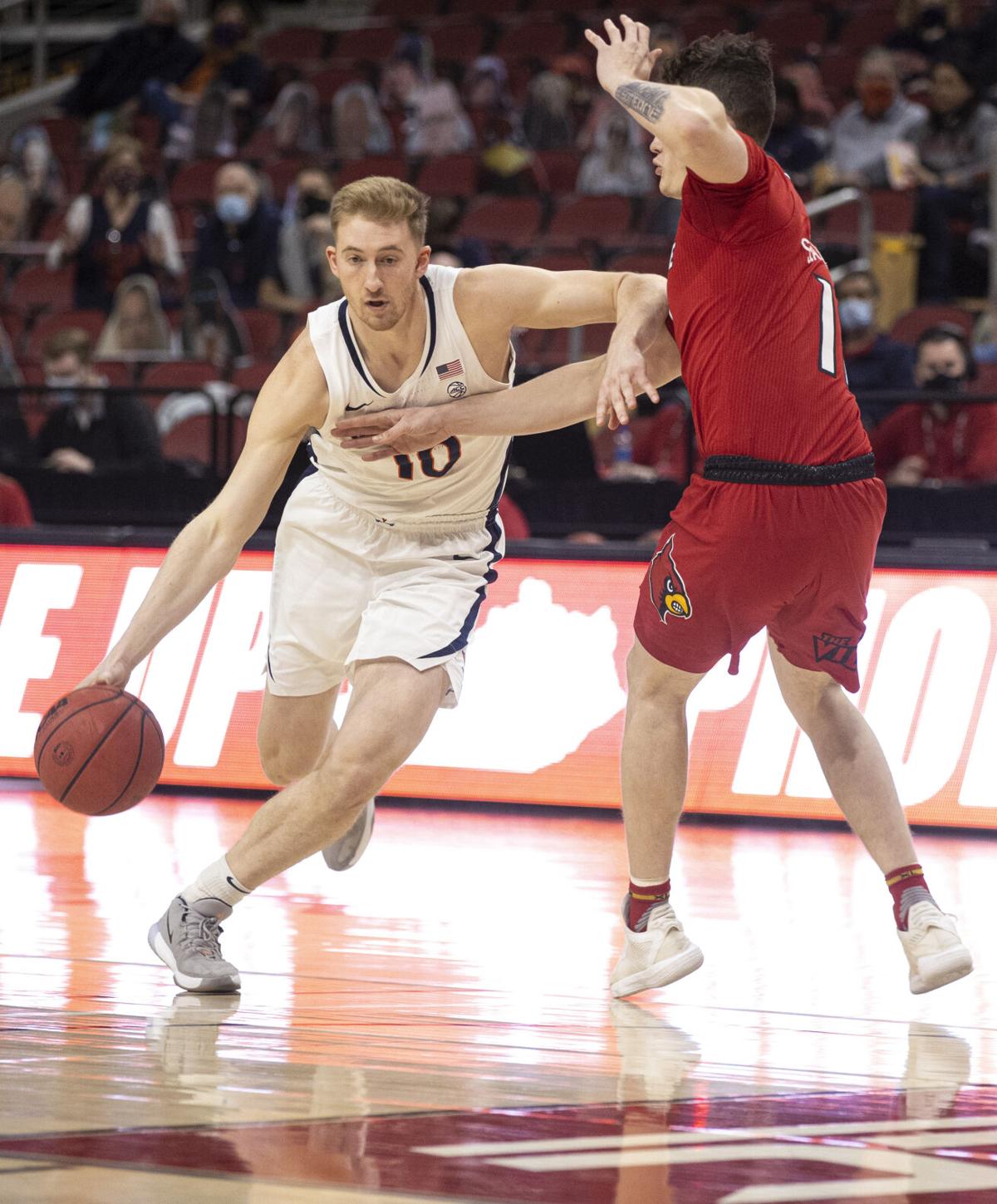 Virginia's Sam Hauser drives to the basket during the first half against Louisville on Saturday at the KFC Yum! Center in Louisville, Ky.

In the final game of the regular season, the Virginia men’s basketball team showed why it was the ACC preseason favorite.

When asked, the bench stepped up.

Here are three takeaways from the Cavaliers’ impressive road win.

UVa entered Saturday with what seemed like a hope and a prayer to win the ACC regular-season crown. The Wahoos needed Notre Dame, which came into the weekend on a four-game losing streak, to upset No. 11 Florida State. Then, Virginia needed to win at Louisville, which was 26-2 at home over the last two seasons.

Somehow, some way, everything came together.

The Cavaliers, who were picked before the season to finish first in the league, end the regular season atop the ACC standings. They took down Louisville on the road, and the Fighting Irish played arguably their best game of the season to hand the Seminoles an unexpected loss.

Tony Bennett’s squad enters next week’s ACC Tournament as the No. 1 seed. It’s an impressive accomplishment that deserves recognition. The Cavaliers won a Power 5 league while dealing with the challenges presented by competing during a pandemic.

UVa also heads into the postseason with plenty to prove. The Cavaliers fell to top-tier ACC teams Florida State and Virginia Tech. The conference tournament is wide open this season. The Cavaliers will certainly be in the mix.

Radford transfer Carlik Jones sits among a select group of ACC Player of the Year contenders. He’s an elite scorer at the guard position, but UVa’s guards more than held their own when matched up with Jones.

Jones went scoreless in the first half, missing all eight of his shots from the floor as he was hounded by Virginia’s defense.

He found some success passing, finishing with six assists and zero turnovers. In terms of scoring, Jones struggled mightily. He scored six points on 2-of-15 shooting.

UVa shut down one of the ACC’s most gifted scorers.

Dating back to his days at Radford, Jones had scored at least 10 points in 40 consecutive games. UVa’s backcourt broke that streak. Kihei Clark and Reece Beekman deserve credit for playing exceptional on-ball defense throughout the game when matched up on Louisville’s guards.

UVa’s redshirt senior forward put on a shooting display against Louisville. He operated well in the mid-range, taking advantage of small glimpses at the basket. He also made a few shots from beyond the 3-point line.

When UVa needed a basket, it turned to Hauser. Almost every time, he delivered.

The Marquette transfer finished with 24 points on 9-of-14 shooting. He added eight rebounds and two blocks in a stellar all-around performance. He was clutch, and UVa needed his shooting in a hostile road environment.

He shined Saturday when UVa needed a win to secure the ACC regular-season title. It was the type of performance that could leave a lasting impression on ACC Player of the Year voters.

It certainly left a mark on the ACC standings.

Virginia’s Kihei Clark drives to the basket during the second half against Louisville on Saturday at the KFC Yum! Center in Louisville, Ky.

Virginia's Sam Hauser drives to the basket during the first half against Louisville on Saturday at the KFC Yum! Center in Louisville, Ky.