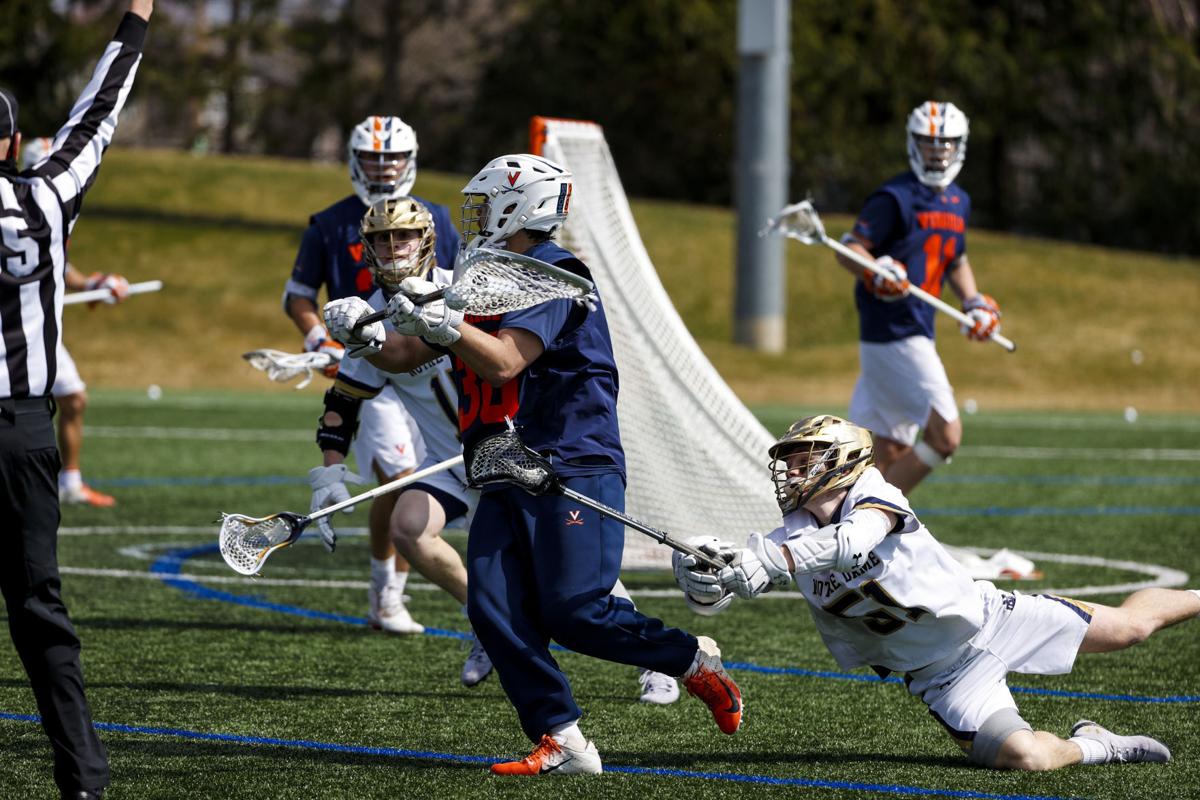 Virginia goalie Alex Rode looks to clear the ball against Notre Dame during the Cavaliers’ first ACC win of 2021. 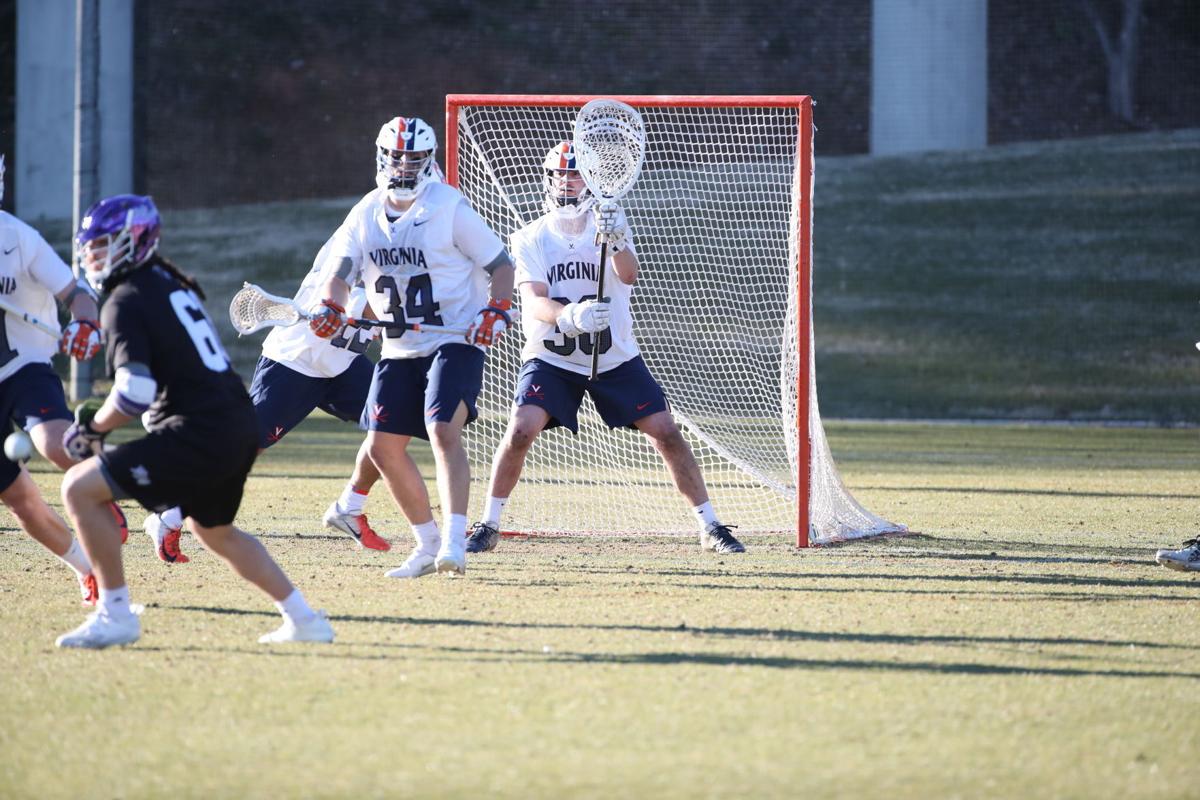 When Virginia senior goaltender Alex Rode had to miss a pair of early season games while in COVID-19 related quarantine, the Cavaliers weren’t just without one of the nation’s most experienced and established cage-minders.

They were also down arguably the team’s most unusual personality.

“He’s as quirky as they come, off the field,” UVa coach Lars Tiffany said this week, as his fifth-ranked team prepared to host No. 13 Richmond on Saturday. “He’s the stereotype of what you’d think a goalie in lacrosse would be like. He fits that stereotype and exaggerates it by five.”

But as odd and outspoken as the 6-foot-1, 200-pound Maryland native might be off the field, on the turf, he’s locked in, “razor focused,” said Tiffany.

Rode missed the team’s wins over Army and Loyola. Freshman Bobby Gavin filled in for those dates. Rode was “dormant” during his quarantine, unable to practice or even work out.

“It was hard, but it’s all relative,” said Rode. “These are hard times for everyone in this country, and missing a couple lacrosse games isn’t the end of the world in the grand scheme of things.”

But beginning with the second half of that game, Rode has started to regain the form he showed in the abbreviated 2020 season, when he led the ACC averaging 13.2 saves per game and ranked second in the conference with a .552 save percentage.

Rode is the fourth-winningest goalie in UVa program history with 32 career victories. He hopes to add to that total Saturday.

“I think he’s the hardest charging attackman we’ve seen this year,” said Tiffany. “He is going to the rack and with as much steam as we’ve seen.”

Richmond’s offense comes in on a roll, averaging 19 goals per game its last three outings, wins over VMI, Bellarmine and High Point that came by a combined tally of 57-21. Of course, the Spiders’ attack has been less potent in its two previous ACC matches.

They lost 14-9 to North Carolina in February and 13-6 to Duke in March, both times at home at Robins Stadium in Richmond.

Tiffany called Richmond the ACC’s unofficial sixth team and said the emergence of the Spiders program has been both “a thorn in our side” and a “wonderful” source of regional competition.

“They make you sharper as a defensive coach, because of the multiple ways they attack you,” said Tiffany. “They really challenge the way you do your business.”

That’s why Tiffany is glad Rode is all business on the field – even if he’s a bit quirky off it.

Virginia goalie Alex Rode looks to clear the ball against Notre Dame during the Cavaliers’ first ACC win of 2021.