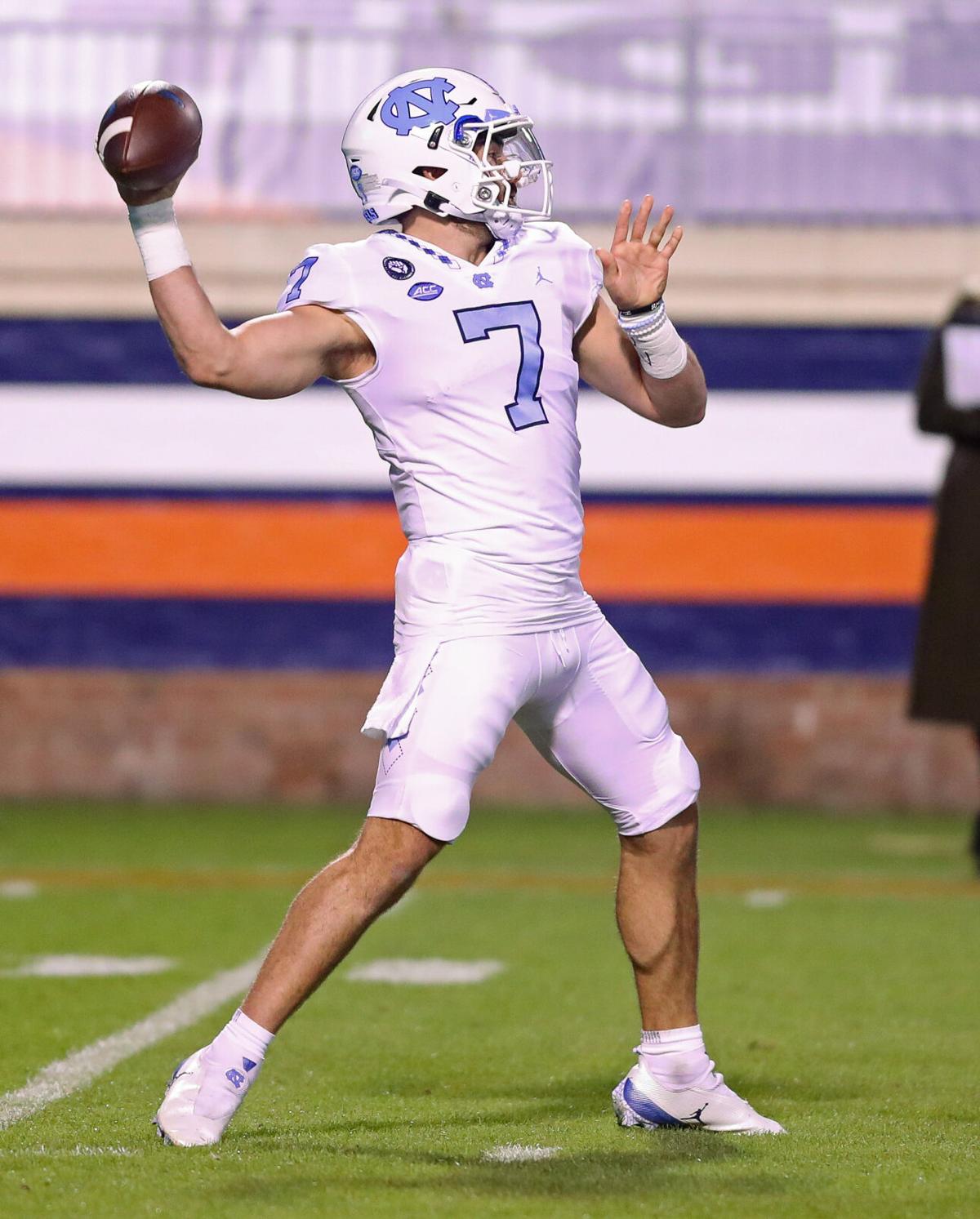 North Carolina quarterback Sam Howell throws a pass during a game against Virginia at Scott Stadium.

The end of the ACC Kickoff signaled a due date for a media homework assignment. The All-ACC team and projected order of finish in each ACC division were due by Friday at noon.

While I won’t dive into detail on my All-ACC squad (I’ll tweet that out for interested fans), I will take you through my thought process for each division’s projected order of finish. Take note of the picks now, and feel free to write me at the end of the season when my projections turn out completely wrong.

The official ACC projected order of finish will be revealed Monday morning. The preseason All-ACC team will be shared Tuesday.

1. Clemson: This shouldn’t come as a surprise. The Tigers are the best program in the ACC until a conference peer proves otherwise. While Trevor Lawrence is gone at quarterback, expectations are high for DJ Uiagalelei under center.

Defensively, the Tigers should be stout. The defensive line should control the line of scrimmage in most games. Xavier Thomas, Bryan Bresee and Tyler Davis are just a few of the names to watch along the defensive front. Dabo Swinney’s group expects to contend for a national title, and it’s hard to expect anything less.

2. N.C. State: Despite injuries and COVID-19 challenges, the Wolfpack went 8-4 in 2020. Quarterback Devin Leary, who is back after missing the second half of the season with a broken leg, is an underrated star in the league.

The offense should perform admirably, but it’s the defense that should really have N.C. State fans excited. Payton Wilson, a linebacker, is one of the best defenders in the conference. The group returns most of its starters and should be a formidable unit. The Wolfpack have a chance to be one of the top teams in the league on both sides of the ball.

3. Boston College: I’m sold on head coach Jeff Hafley. He led the Eagles to a 6-5 record last season, which was his first in the role. The Eagles were competitive in losses to Clemson and North Carolina, and almost finished with an even better record than the one they posted.

Led by quarterback Phil Jurkovec, the Eagles are expected to have a strong passing attack again this season. Boston College passed for 284.2 yards per game last fall, the third-best mark in the conference. Zay Flowers is one of the top wide receivers in the ACC, and he’s expected to be dynamic again this year after securing nine touchdowns last season.

Hafley is a defensive mind, and I’m banking on the unit improving in Year No. 2.

4. Louisville: The Cardinals went 8-5 in 2019, but fell short of expectations last season. They went 4-7 overall and 3-7 in the ACC, but four of the defeats came by one possession.

Scott Satterfield’s bunch struggled in 2020, but he is a quality coach. Look for Satterfield to put 2020 in the past and lead a Louisville team that threatens for second in the Atlantic Division.

5. Wake Forest: Sam Hartman returns at quarterback and Jaquarii Roberson at wide receiver. The Demon Deacons should be able to score, but can they defend well enough to slow down opposing offenses? A lack of consistency on both sides of the ball might hold Wake Forest back.

6. Florida State: The Seminoles went just 3-6 in Mike Norvell’s first season in Tallahassee, but they showcased some talent and promise in a win over North Carolina. This offseason is more traditional than the last due to loosened COVID-19 restrictions.

A longer, traditional offseason and the addition of veteran quarterback McKenzie Milton, a UCF transfer, should make for improved performances. The Seminoles may surprise some people this season, but their division features a handful of competitive squads.

1. North Carolina: Sam Howell enters the season as arguably the best player in the ACC, a top NFL prospect and Heisman Trophy candidate. Mack Brown has rejuvenated the program since he returned in 2019, and the Tar Heels seem poised for a special season.

Could UNC make a run at the College Football Playoff?

2. Miami: If quarterback D’Eriq King truly is 100% healthy like he says, the Hurricanes are a threat to win the Coastal. He’s about as athletic as any quarterback in the league and an elite leader.

Bubba Bolden returns at safety for the Hurricanes, who ranked fourth in scoring defense in the league last season. Miami and Clemson were the only two ACC teams to finish in the top four in the conference in scoring offense and defense last season.

3. Virginia: Brennan Armstrong is an underrated quarterback within the league, especially given the experience along the offensive line and his weapons at wide receiver and tight end. Transfer tight end Jelani Woods is flying under the radar ahead of the season.

Defensively, the pass defense is a concern after last season, but a healthy Joey Blount at safety makes Virginia a better team. Added depth through the transfer portal should improve a porous secondary. UVa can finish in the top three of the division if Armstrong stays healthy and the defense steps up.

4. Virginia Tech: The Hokies, assuming they stay healthy, can make a run at the Coastal crown. Braxton Burmeister remains a bit of a wild card at quarterback, but the team has a good offensive line and pieces at wide receiver.

The defense could be fearsome and having a healthy team after a season of COVID-19 challenges puts the Hokies in a better position for success than last season. Justin Fuente’s job security figures to be a key discussion topic if Virginia Tech doesn’t finish in the top few spots in the Coastal.

5. Pittsburgh: Kenny Pickett comes back at quarterback to lead what could be a dangerous offense attack. New contributors will need to replace a few hefty losses from the 2020 defense, however.

On paper, Pitt seems like it could threaten for a spot in the top three of the division. UVa and Virginia Tech hold a slight edge in my rankings, but the Panthers are worthy of a top-three pick. A strong season from Pitt would make for entertaining Coastal chaos.

Collins came in with the lofty task of transitioning the team away from a triple-option offense. COVID-19 made the 2020 season a challenge for everyone. It’s expected to be a more normal third season for Collins, which could lead to improved results.

7. Duke: The Blue Devils had the third-worst turnover margin in all of college football in 2020. That needs to change if Duke wants any shot of punching above its weight in the Coastal this fall. Running back Mataeo Durant is among the more underrated offensive talents in the league.

North Carolina quarterback Sam Howell throws a pass during a game against Virginia at Scott Stadium.