The Washington Football Team’s head trainer, Ryan Vermillion, has been placed on administrative leave by the team after becoming the subject of a federal investigation.

“Ryan Vermillion has been placed on administrative leave due to an ongoing criminal investigation that is unrelated to the team,” a team spokesman said in response to an inquiry from The Times-Dispatch.

Vermillion arrived after Rivera parted ways with the team’s previous head trainer, Larry Hess, who was investigated after sensitive medical information for hundreds of NFL players was stolen from his car in 2016.

DEA officials did not immediately respond to a request for comment. Rivera directed inquiries to the statement from the team.

“All I can tell you is we’ve made a statement,” he said.

During Rivera’s Monday night appearance on NBC Washington, the coach noted that Vermillion was in charge of his care while Rivera had cancer last year.

Rivera said: “The only thing I can say about Ryan is I know who Ryan is, and last year I trusted Ryan with my health, and I would do it again.”

The DEA has previously investigated NFL teams as part of the opioid crisis, and in 2014 conducted surprise inspections of several teams’ medical files, but the Panthers, who employed Vermillion at the time, were not one of those teams.

Grant Paulsen, of 106.7 The Fan in Washington, reported that the investigation into Vermillion has been ongoing for at least several months, and was told by a player on the team that he was questioned about Vermillion by a federal agent this spring.

Taylor Heinicke's heroics save Washington in dramatic victory over Atlanta

After growing alarm over her safety, Chinese tennis player Peng Shuai took part in a video call with IOC officials, telling them she's safe and well.

The Washington Football Team announced Friday to season ticket holders a multi-million dollar investment in upgrading the fan experience at FedEx Field. The initiative includes tearing up long-term contracts for Club and Dream seats at FedEx Field, the team’s premium options, and replacing them with new market-rate options. 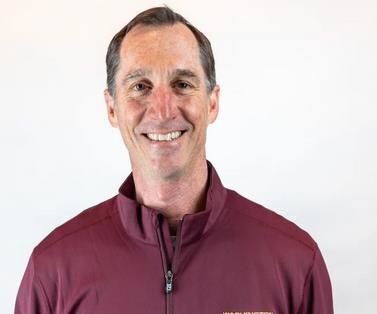