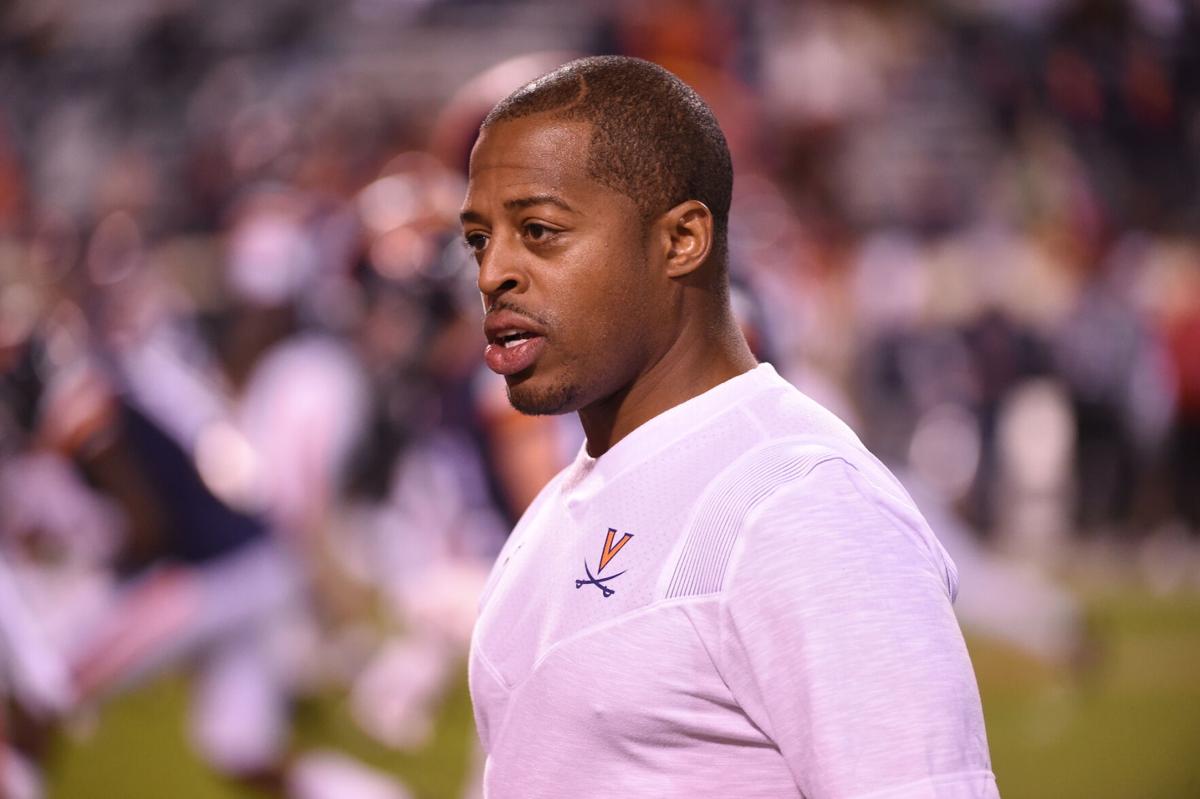 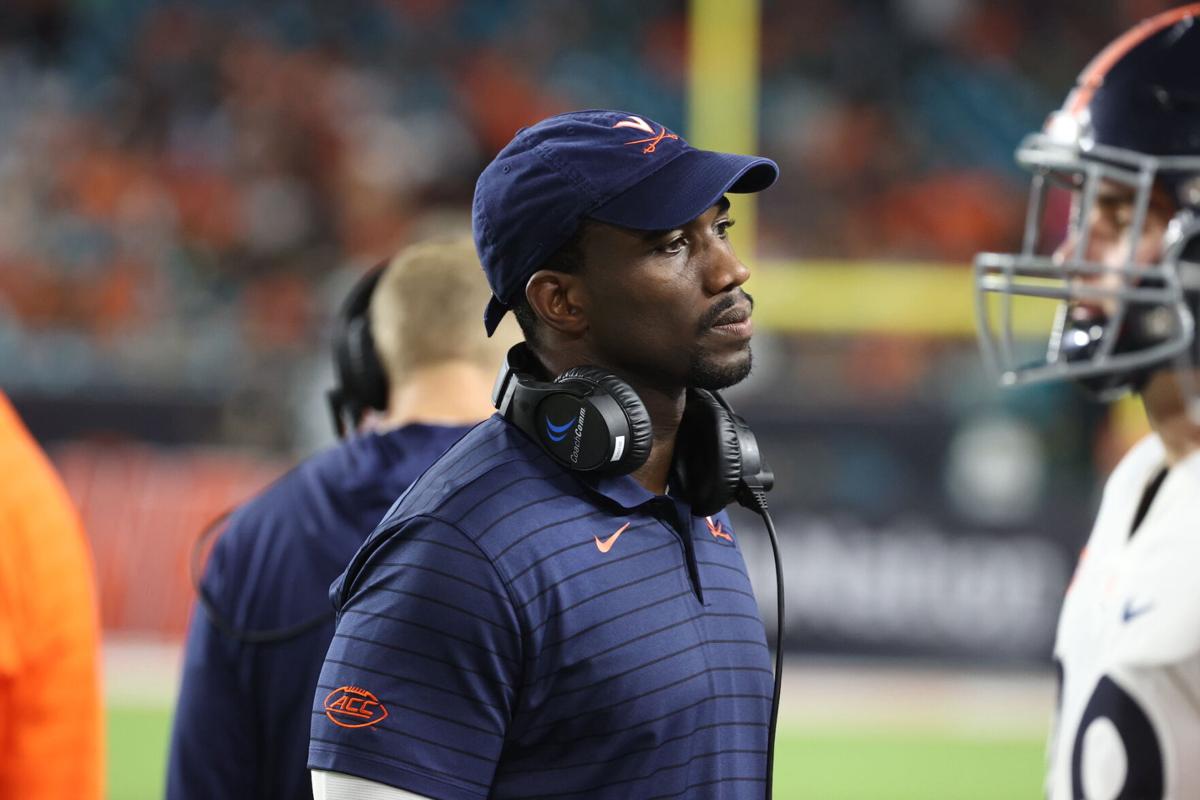 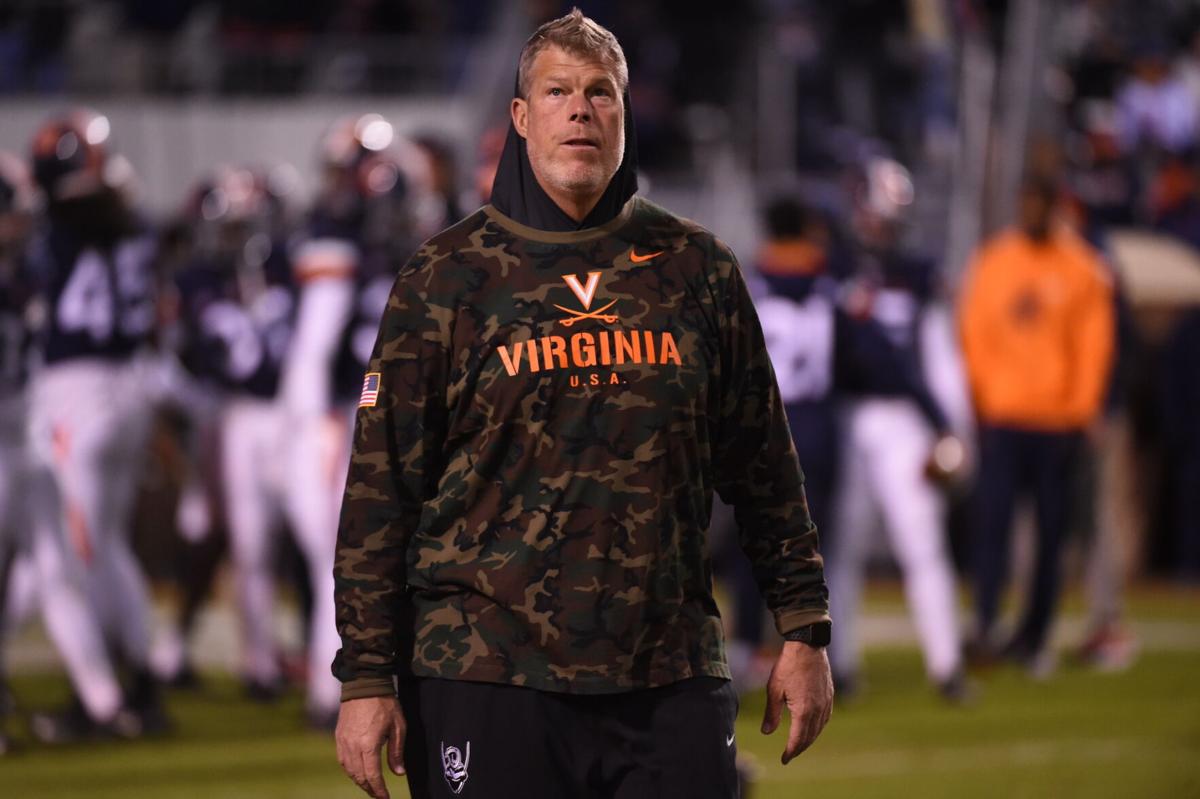 Tony Elliott’s first staff at Virginia will include some familiar faces.

He’s keeping three of former coach Bronco Mendenhall’s assistants in place, according to an official announcement from UVa on Monday.

Wide receivers coach Marques Hagans, defensive line coach Clint Sintim and offensive line coach Garett Tujague will be retained, per the release, though their roles are subject to change as Elliott fills out his team of assistants.

Hagans, a former player for the Cavaliers, worked in the same capacity for the last nine seasons — dating back to ex-coach Mike London’s time at the helm of the Hoos — tutoring the team’s wide receivers. Under Hagans’ watch, UVa has developed top-notch pass-catchers consistently.

This past season, four wide receivers for the Cavaliers had at least 600 receiving yards and standout Dontayvion Wicks earned All-Atlantic Coast Conference first-team honors for his 1,203 receiving yards and nine touchdowns. Additionally, football player and former quarterback Keytaon Thompson turned himself into a reliable receiver in 2021 while hauling in 78 catches for 990 yards.

Last month, he credited Hagans partly for guiding him through the successful transition.

“Coach Hagans. He’s helped me a lot as far as receiving stuff specifically,” Thompson said then. “Coming from the quarterback position, I knew the assignments and knew what the [receivers] positions are supposed to do, but I would say learning how to do them and technicalities was more of the learning curve for me.”

In November, Wicks, too, said Hagans’ teaching and mentoring was a big reason why he was in the midst of putting together a breakout campaign.

Sintim, another UVa alum, joined Mendenhall’s staff before the 2020 season after working the three previous years as linebackers and defensive ends coach at FCS Delaware.

Tujague followed Mendenhall from BYU to UVa. This past fall was Tujague’s sixth in Charlottesville and he coached senior center Olu Oluwatimi, a finalist for the Rimington Award, to All-American honors.

Last week, Mendenhall said he was excited for all of his staff members who found jobs on the heels of his announcement earlier this month that he’d step down from his six-year stay in charge at UVa.

Especially, those like Tujague who trekked across the country with Mendenhall. And now, Tujague, Sintim and Hagans will have a chance to continue building with Elliott at UVa on what they started to accomplish with Mendenhall.

“I love the thought of here goes our way to influence college football with families and people who are completely prepared,” Mendenhall said. “They’re not perfect, but they’re ready. And it might sound condescending but [Mendenhall’s wife] Holly and I remember when our kids were little and pushing the back of the bike and then letting go, and that’s not a perfect analogy — I hope it comes out better than that — but here they go. I’m not worried. Holly and I have hugged for more phone calls about where staff is going than I don’t know what … and we’re cheering wildly when we know where they’re ending up.”

On top of that trio staying put in the navy blue and orange, Elliott named Adam Smotherman as the program’s head strength coach. Smotherman was previously with Elliott at Clemson, where he was on the Tigers’ strength staff for the last nine seasons. Elliott spent the past 11 seasons, including the last seven, as offensive coordinator for Clemson.

Additionally, Nate Pototschnik, a full-time member of UVa’s strength staff since 2017, was promoted by Elliott to associate strength and conditioning coach.

Transfer Mir McLean, who was making her UVa debut, was the lone bright spot in Cavaliers' blowout loss to Virginia Tech.