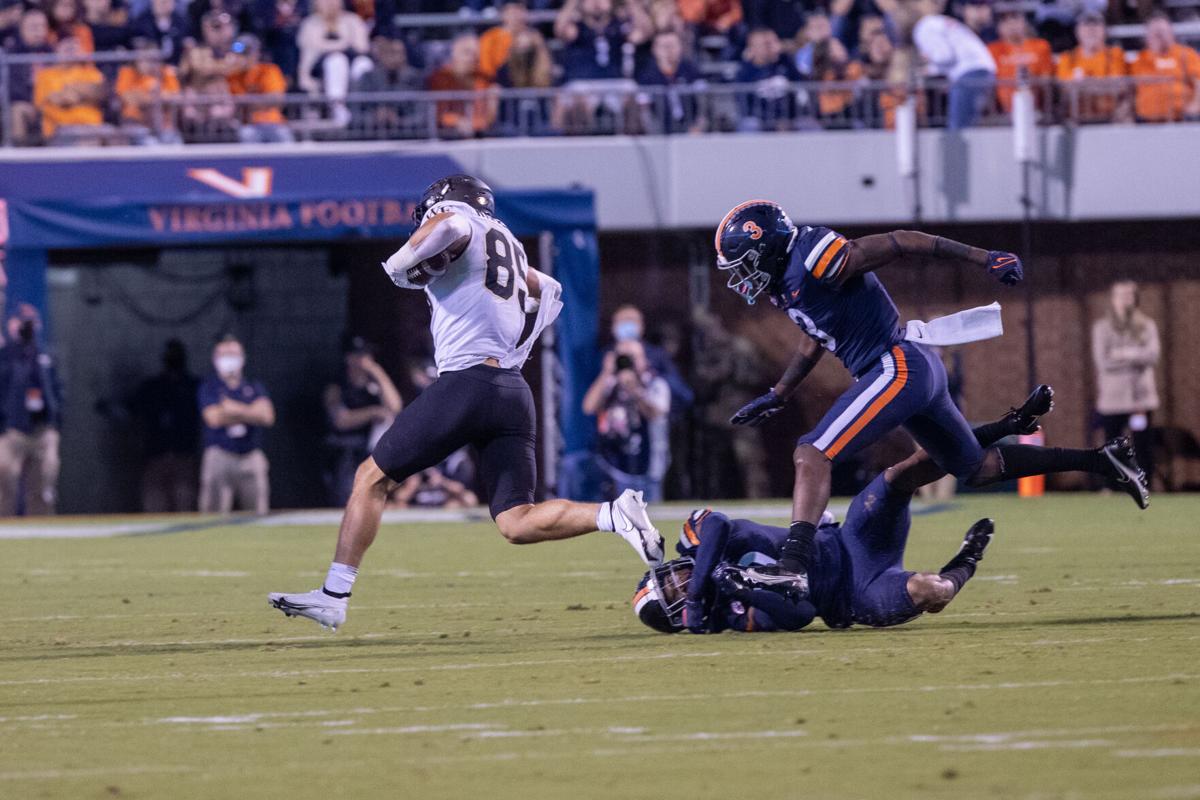 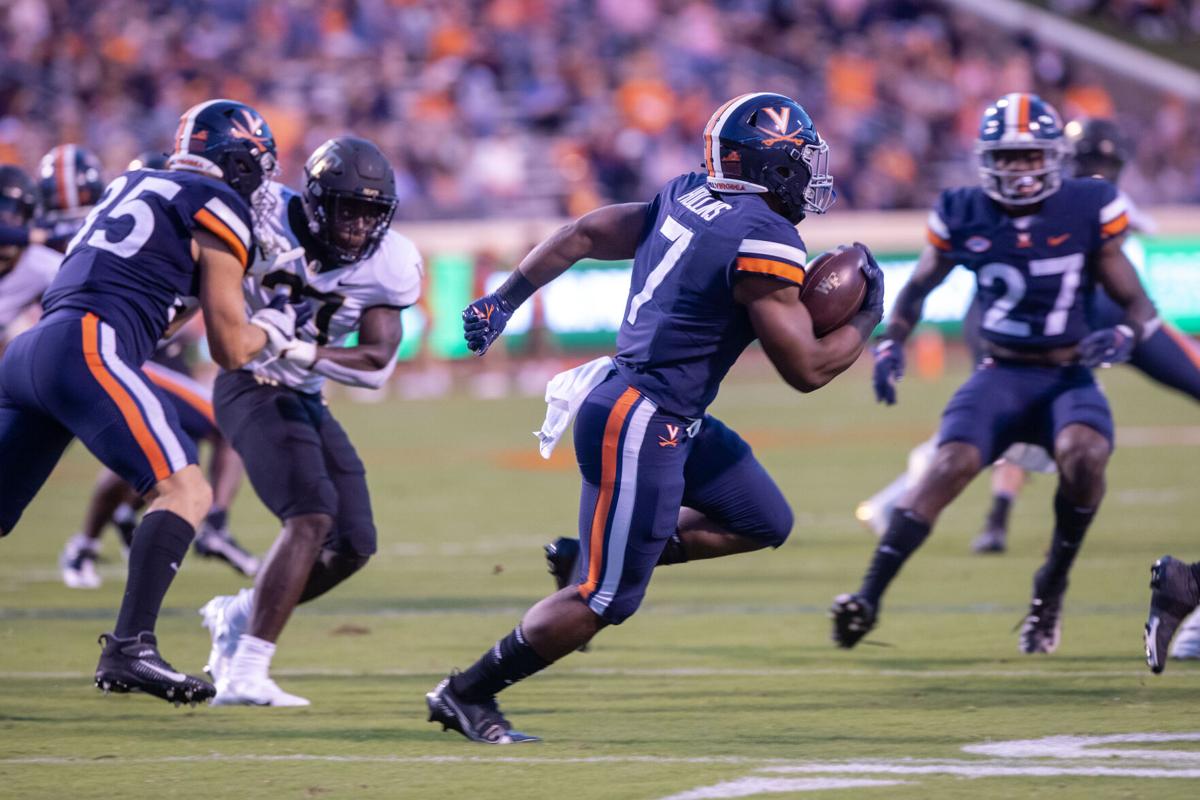 Virginia  running back Mike Hollins (7) runs the ball during Friday's loss to Wake Forest on Friday at Scott Stadium.

It quickly became clear Mendenhall’s defense needs more than a few days to fix its issues.

On the opening possession, Wake Forest quarterback Sam Hartman sat untouched in the pocket for seconds, scanning UVa’s secondary. When Hartman finally decided to release the ball, he floated a perfect 39-yard touchdown pass to an uncovered Taylor Morin.

The Demon Deacons didn’t slow down in their 37-17 win.

Hartman led Wake Forest (4-0, 2-0 ACC) to seven consecutive scoring drives to open the game, continuing a stretch of struggles for UVa’s defense, which went 12 consecutive drives without recording a stop dating back to last week’s performance at North Carolina.

A Nick Sciba 46-yard field goal put Wake Forest up 10-0 with 2:34 left in the first quarter. UVa responded with a 21-yard Justin Duenkel field goal, but field goals wouldn’t be nearly enough to keep UVa close in this one.

Wake Forest answered a one-yard rushing touchdown from Justice Ellison and a 23-yard Sciba field goal to take a 20-3 advantage into the locker room.

Virginia left the field to a chorus of boos from fans after its two-minute drill featured two sacks allowed.

The Cavaliers opened the second half with an inspired touchdown drive, marching 85 yards in seven plays. Brennan Armstrong found Jelani Woods for a 17-yard touchdown pass, as Woods barreled over a safety at the goal line to score. The touchdown wouldn’t end up mattering much because the defense failed to hold up.

Wake Forest traveled 83 yards in nine plays to take a 27-10 lead on its next possession. The touchdown came on a trick-play pass to tight end Blake Whiteheart, who was wide open on the well-designed gadget play, which began with a direct snap to running back Christian Beal-Smith.

The offense, while hardly the team’s main issue, had some miscues. Armstrong threw for 407 yards and the team was 8-for-16 on third downs, showcasing impressive moments. The unit also went 0-for-3 on fourth down and 2-for-4 in the red zone, leaving points on the board on a couple occasions.

Armstrong also was sacked six times, and the Cavaliers lost the turnover battle 2-0.

A fourth quarter field goal put Wake Forest up 37-17. Finally, with 8:36 left in the fourth quarter, UVa forced a punt. The fans that remained in Scott Stadium — the building emptied out dramatically from its official attendance of 38,699 — sarcastically cheered.

It was an abysmal defensive performance from UVa, which suffered its first 20-point home loss since a 41-10 defeat to Boston College on Oct. 21, 2017.

UVa needs a competent defense to win ACC games. In the last two games, the Cavaliers have modeled incompetence.

Virginia  running back Mike Hollins (7) runs the ball during Friday's loss to Wake Forest on Friday at Scott Stadium.