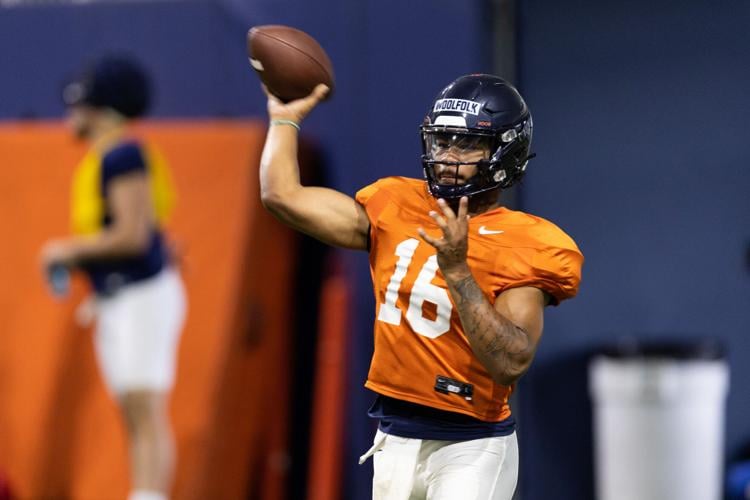 Jay Woolfolk will be in contention to be Virginia’s starting quarterback going into next season. 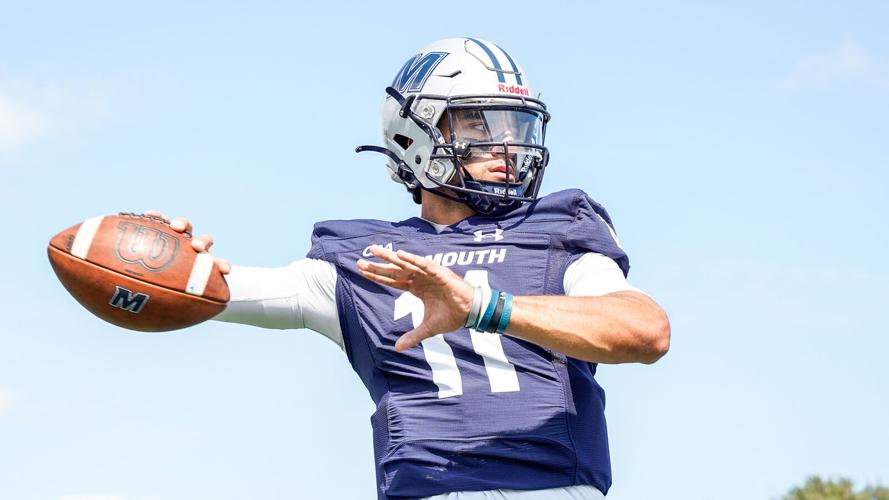 With Monday’s Rose Bowl having served as the penultimate contest of the college football season — only the CFP national title bout between No. 1 Georgia and No. 3 TCU remains — the three-week onslaught of postseason action, which more than adequately filled the time between family gatherings and holiday celebration, led me down a path of research while pondering Virginia’s 2023 campaign.

A total of 41 FBS bowl tilts were played since the Cure Bowl and the Bahamas Bowl kicked off everything on Dec. 16, and that meant 82 different quarterbacks started a postseason contest in this go-around.

The Cavaliers’ most notable, obvious offseason issue to solve — on the heels of their 3-7 finish this past fall — is their signal-caller spot.

Former starting quarterback Brennan Armstrong is in the transfer portal and reportedly considering a move to N.C. State, Oklahoma State or Auburn, so second-year UVa coach Tony Elliott must begin to identify and ready his next QB as soon as the Hoos embark on workouts when they return to Grounds this month and all the way through spring practice.

And what bowl season revealed is no incumbent starter is necessary for success (and as Armstrong’s down 2022 demonstrated, with seven touchdown passes compared to 12 interceptions, is that an incumbent starter doesn’t guarantee success either).

Of the 82 quarterbacks to start bowl games, 40 stayed put at the same school for multiple seasons and never transferred.

Thirty of the 82 began their careers at another FBS program while two were FCS transfers, one was a Division II transfer and three — including Georgia’s Stetson Bennett — had at least one junior college stop.

Finally, six of the quarterbacks, including Clemson’s Cade Klubnik who started the Orange Bowl for the ACC champion Tigers, were true freshmen.

The point is, the quarterback can have any backstory and there is no repeated formula for finding a good one.

Take the two gunslingers from Monday’s down-to-the-wire Cotton Bowl. USC’s Caleb Williams was the highest-profile transfer last offseason, departed Oklahoma and won the Heisman Trophy in his first year with the Trojans. But Tulane developed Michael Pratt within its program for the last three years and his 234 passing yards and two touchdown passes, with the last scoring throw coming in the final seconds to win, was enough to best Williams and USC.

Elliott will have more than a two-deep of quarterbacks to sort through this spring, and they each have their own, unique credentials.

Tony Muskett, a transfer from FCS Monmouth, as well as true freshman Anthony Colandrea are slated to enroll this month and participate in spring drills. Then there are returners like two-sport star Jay Woolfolk, who is expected to balance baseball with football practice, in addition to redshirt freshmen Davis Lane Jr., Delaney Crawford and Grady Brosterhous.

“I’m excited about the competition,” Elliott said last month during his national signing day press conference. “I think the competition is just going to make the cream of the crop rise to the top and give us not only competition, but it’ll give us some competitive depth there, too.”

Muskett threw for 5,687 yards and 51 touchdowns over 23 games with the Hawks, and there’s precedent for lower-level quarterbacks to see their skills translate to the upper echelon of the sport.

Washington State’s Cameron Ward threw for 3,231 yards and 23 touchdowns to help the Cougars earn a bowl berth this past season after starring for FCS Incarnate Word previously. The jump from Division II West Florida to FBS Western Kentucky wasn’t too much for Austin Reed, who racked up 40 touchdown passes for the New Orleans Bowl champion Hilltoppers, either.

Elliott said he planned to talk with Cavaliers baseball coach Brian O’Connor regarding Woolfolk, the primary backup to Armstrong the past two seasons. Woolfolk appeared in a do-it-all role across four games in 2022 on the gridiron, but did not practice at all with the football team last spring as he emerged as one of the best relief pitchers for O’Connor.

“We’re gonna have to put together a schedule for him because he’s legitimately in contention to be a weekend starter [for the baseball team],” Elliott said, “and I don’t want to hinder that progress, but at the same time, too, if he wants to be a starting quarterback at the University of Virginia, he’s going to have to be present in practice.

“And so, Coach O’Connor and I are going to meet in detail … and really put together a plan of what that looks like.”

Woolfolk saw some action at receiver and as a running back in games against Miami and North Carolina in November, and he wasn’t the only quarterback to train elsewhere. Crawford did the same, but Elliott said Crawford will return to behind center and have the chance to prove himself as a QB over the next few months.

“Just to address Delaney,” Elliott said, “… it was a situation [this past season] where you felt really good about the depth with Brennan, with Jay, with Grady and then also with [Jared] Rayman.

“So, with Delaney it was like, ‘Man, this athlete needs to get on the field,’” Elliott continued. “He’s very dynamic, and you watch him over there on the scout team, and when he had the ball in his hand, nobody was touching him. So, I’m like, ‘We got to figure out something to do with him,’ and it was like ‘Okay, Delaney since we know you came in the summer, there’s a long line [at quarterback] and you’re gonna get another opportunity in the spring to go back to quarterback and compete, but can we just try to get you on the field and get you to be able to contribute somehow?’

Lane, a 6-foot-1 Lynchburg native, was rated as the Commonwealth’s best quarterback prospect in 2021 by 247Sports.com and led Liberty Christian to its first state championship game during his senior year. Brosterhous, a former pledge to FCS Davidson, opted to join the Cavaliers as a walk-on ahead of last season instead.

Colandrea threw for 3,137 yards for Lakewood High School in St. Petersburg, Fla. this past fall, and he’ll have an advantage not every first-year freshman gets — the chance to learn the offense during March and April in advance of his first season with the team.

Whoever can separate from the group of quarterbacks, whether that’s this spring or in August closer to the Cavaliers’ Sept. 2 season-opening game against Tennessee, will have certainly taken his own route to the top job.

Just like the Volunteers’ potential starter for next season, veteran Joe Milton, who began his career at Michigan and sat behind Hendon Hooker the past two years in Knoxville only to step in for the injured Hooker, start last week’s Orange Bowl against Clemson and throw for 251 yards and three touchdowns to earn the game’s MVP honors.

Greg Madia can be reached at gmadia@dailyprogress.com.

Jay Woolfolk will be in contention to be Virginia’s starting quarterback going into next season.