Olympics live: Simone Biles pulls out and other updates from Tokyo

CDC expected to backpedal on some masking guidelines 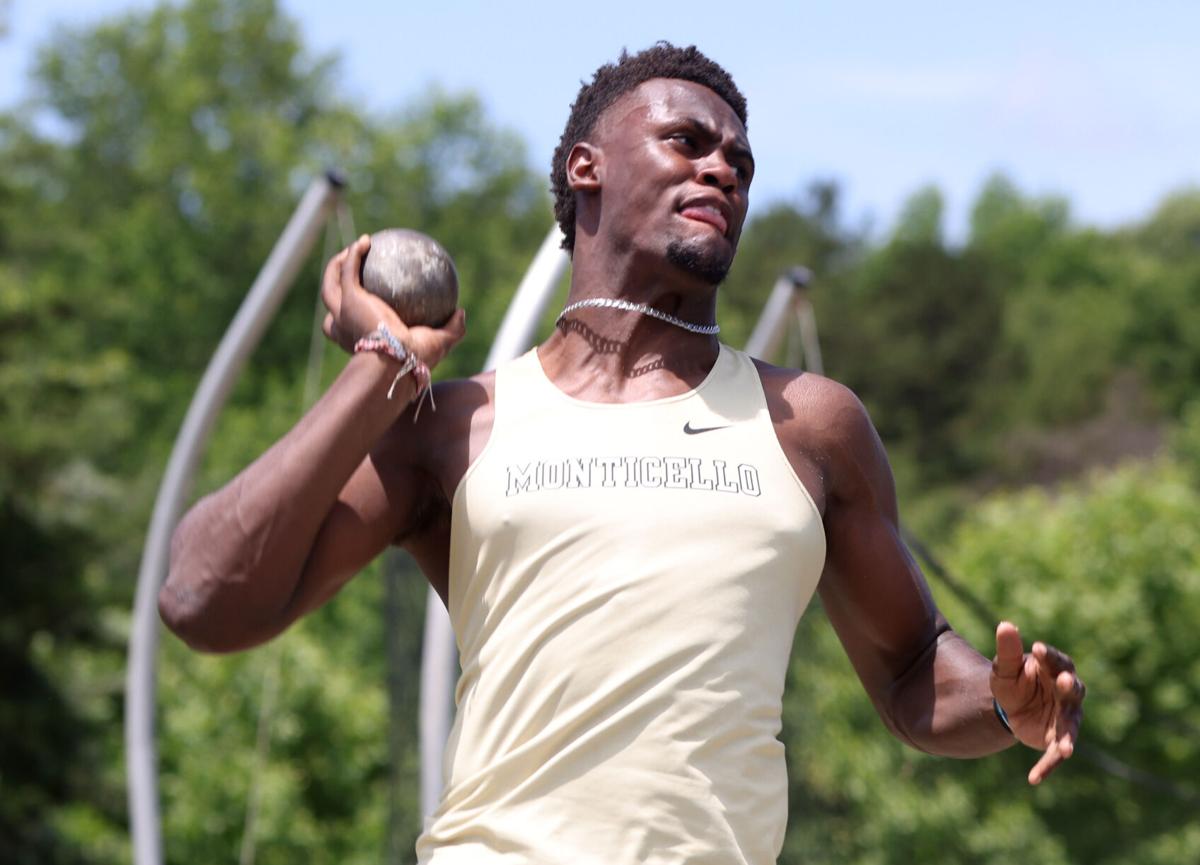 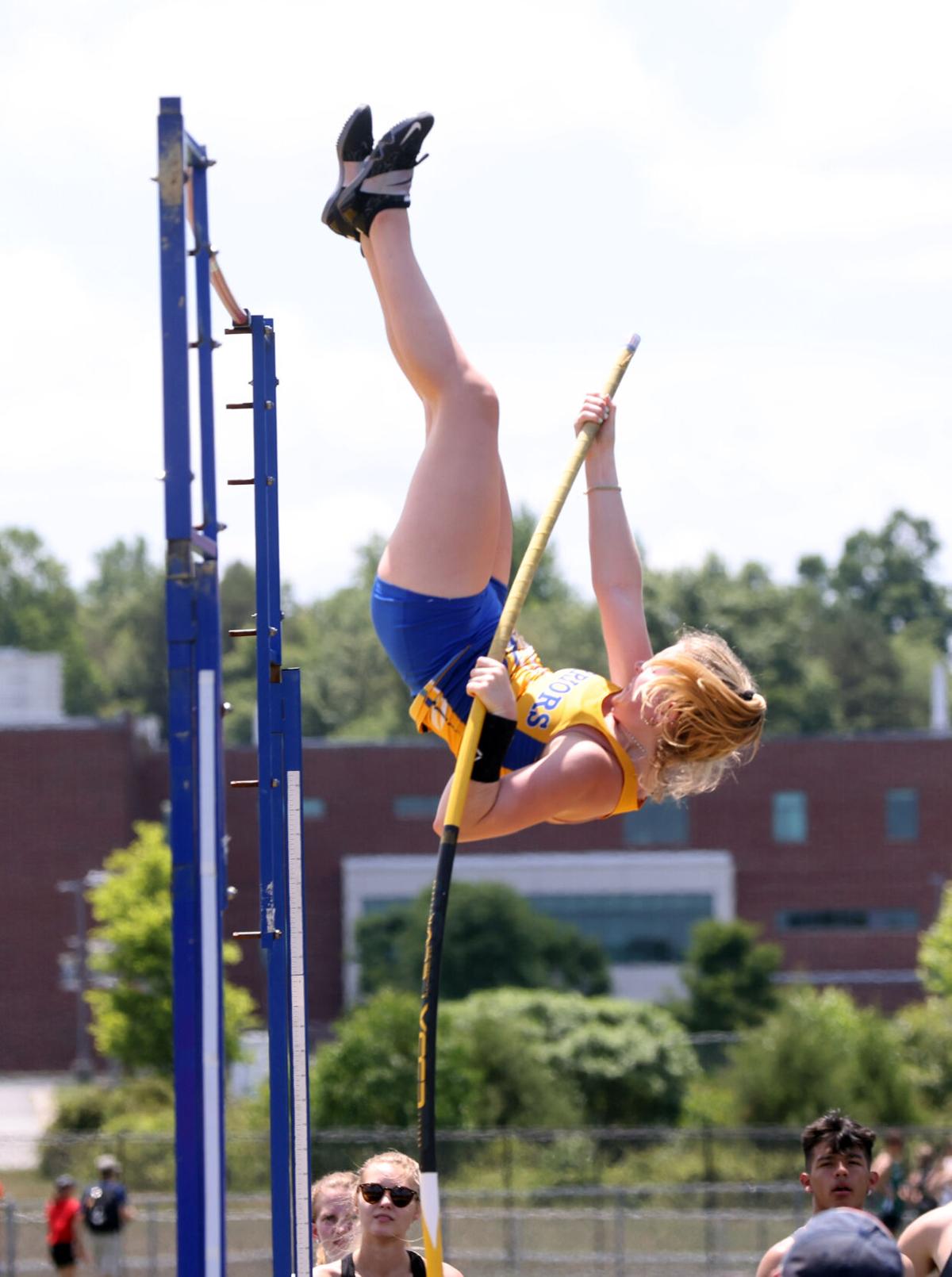 PALMYRA – Back in March, the Western Albemarle boys track and field team finished just a few points behind of Monticello in the race for the VHSL Class 3 state indoor track and field championship.

Three months later, junior standout Henry Sullivan helped the Warriors return to the top of the podium on Tuesday at the Region 3C outdoor track and field championships at Fluvanna County High School.

Sullivan won two individual events and capped the meet by running a leg of the Warriors’ winning 4x400-meter relay that sealed the team victory for Western.

“It feels great,” he said. “It’s everything we’ve been working for over the past year. We came up a couple points short to Monticello in indoor, so hopefully we’re on our way to getting this regional win as a team and hopefully states as well.”

Sullivan dominated the hurdle events. The junior set the standard early on with a big victory in the 110-meter hurdles with personal best time of 14.87 seconds.

“I’m very excited about my performance,” Sullivan said. “I got out hard. I had a great start. I was coming over from high jump, so I didn’t really have a great warm-up, but I just got the adrenaline flowing. I had a PR, so I was happy with that.”

The junior followed that up with another victory in the 300 intermediate hurdles (40.36). He also was fifth in the high jump with leap of 5 feet, 10 inches.

Sullivan then teamed with Matthew Burch, Bridger Clarke and Ben Nitzsche to win gold in the 4x400 relay (3:33.93).

Donalson cleared the bar at 12 feet to win the pole vault for Western Albemarle. Kumer posted a victory in a talented 800 field (1:59.38)

Malachi Fields was a busy man Tuesday afternoon, shuffling around from event to event for Monticello.

The University of Virginia football signee made the most of his opportunities, placing in six events, including one regional title, to rack up the most points by a male performer at the meet (40).

“It was really just me going all out,” Fields said. “I’m in the final stretch of high school sports and I just wanted to be able to do well in all my events so I just went all out.”

Fields had a busy first two hours as he floated through the field events. He jumped 21-11 in his first trip down the triple jump runway.

After a short time to dust off the dirt, the senior shifted to the shot put. On his second throw, Fields hurled the shot nearly out of the pit to win the event with a toss of 49-2.

“The hardest part was dealing with the heat, but once I was out there, I knew I was just going to have to deal with it, so I pushed through,” Fields said. “On that last throw, I was honestly just trying to throw over 48 feet. I had been getting 48 all year, so I just pulled one out of me.”

Jaden Ferguson had an eventful day for Fluvanna County on Tuesday, placing in three events in his final home meet of the season.

The sophomore took home runner-up honors in the high jump with a leap of 6-0. He followed that up with fourth-place finishes in the triple jump (42-10¼) and the 200 (22.72) to finish second for most points scored by a male at the regional meet with 24.

Nicholas Pederson made the most of his final regional track meet, leading Charlottesville to a top-five finish.

The senior garnered second-place honors in the 110-meter hurdles (15.75) and followed that up with a third-place effort in the 300 intermediate hurdles (42.53).

Fluvanna’s Shea Hart was a busy athlete Tuesday as she rotated from event to event in the near-90-degree heat at the Region 3C track and field championships.

She was unfazed by the conditions, posting two wins and placing in two other events to rank third among female point producers for the Region 3C track and field championships.

“I saw my competition and I got more hyped for it,” Hart said. “I started losing momentum, but I quickly regained it. It was a pretty strong race and I was really happy with my times.”

“It feels amazing,” Hart said. “I worked so hard for this and it’s amazing to be here. My mom has been coaching me, so it’s been really cool just watching my progress, and the rest of the team’s progress.”

Amy Glowatch captured her first regional title in the discus with a throw of 94-11½.

“Today was actually kind of rough and stared really slow,” Glowatch said. “I was having trouble with my back and really getting my chest up to aim where I needed to go, but my coaches told me to just keep my feet down, no ‘ballerina moves’ as they call it, and really focus on where I’m aiming to get that disc out there to 94 feet.”

The senior will make her first state meet appearance and couldn’t be happier.

Evelyn Brantley took home runner-up honors in the 300 intermediate hurdles (48.57) and was fourth in the 100-meter hurdles (17.26) to lead Charlottesville.

The duo also teamed with Sahana Gupta and Kenzie MacDonald to place second in the 4x100 relay (51.80).