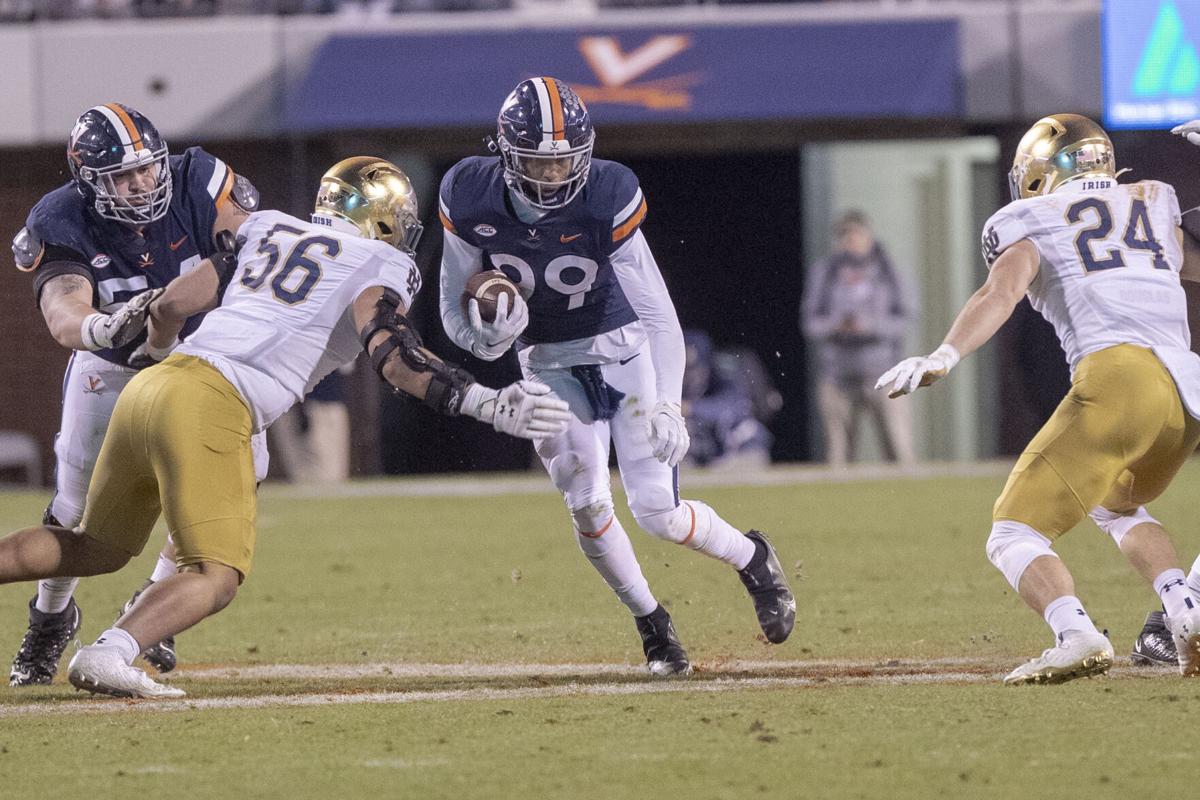 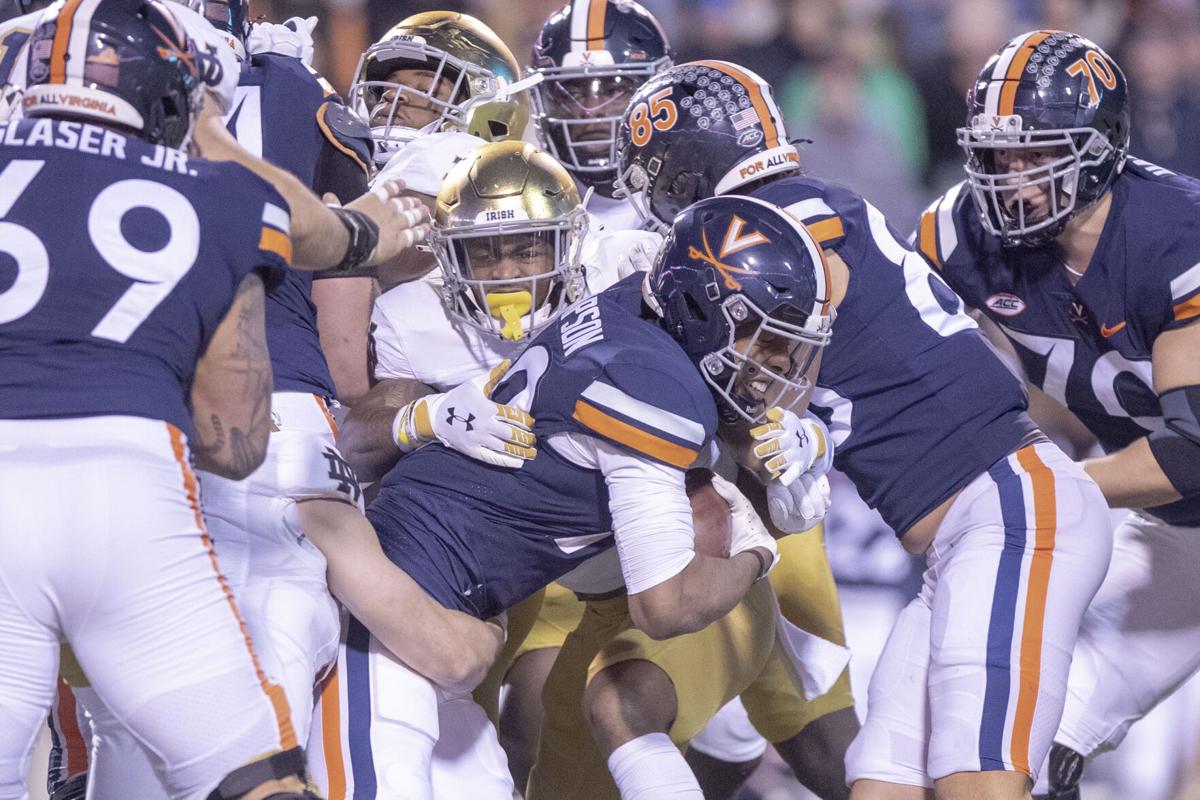 If anyone could relate to the thoughts, emotions and responsibility Virginia freshman quarterback Jay Woolfolk probably felt on Saturday night, it was his top target and Cavaliers veteran football player Keytaon Thompson.

“You have to go through it as a quarterback,” Thompson said. “It’s all about circumstances that are different and Jay just happened to be going up against a top-10 team. And for the most part, I thought he did well.”

With No. 7 Notre Dame on the other side, Woolfolk became the first true freshman to start behind center for Virginia since 1977. He finished 18-of-33 for 196 yards with two interceptions in the Cavaliers’ 28-3 loss.

Four years ago, when Thompson was a freshman signal-caller at Mississippi State, he was thrust into his first career start for the Bulldogs in their TaxSlayer Bowl matchup with Louisville, which was led by Heisman Trophy-winning quarterback Lamar Jackson.

Thompson’s quarterbacking debut went well. He threw for 127 yards, rushed for 147 yards and scored three touchdowns in a win for Mississippi State over Jackson’s Cardinals. So, Thompson, appropriately as the only player for UVa’s offense on the field who knew what Woolfolk would go through, spent time leading into Saturday providing encouragement for Woolfolk.

“‘Man, just go out and have fun and be comfortable,’” is what Thompson said of the advice he gave Woolfolk. “And, ‘We’ve been playing football a long time, and it might be your first college game, but it’s not your first game.’ So, I wanted him to go out there, be comfortable, have fun and sling it around, and he’s a very talented kid. He can make a lot of plays and I just wanted him to have fun.”

Thompson’s support didn’t stop there, though.

While Woolfolk displayed athleticism to escape some of the onslaught of pressure Notre Dame delivered from one snap to the next, he often searched for the 6-foot-4, now pass-catching Thompson.

“I talked to all the receivers at halftime,” UVa coach Bronco Mendenhall said. “‘More separation, clearer windows, more openings and make it easier,’ and Keytaon took that right to heart. And that chemistry started to emerge as you watched the game.”

Woolfolk completed half of his throws to Thompson, who netted nine catches for 110 yards on a night UVa managed only 278 total yards — its fewest in any game this fall. It was Thompson’s second 100-yard receiving performance of the campaign.

Mendenhall said the offense needed more efforts, like the one Thompson, had to help Woolfolk on Saturday.

“When that happens with more than one player,” Mendenhall said, “then Jay starts to be able to distribute the ball elsewhere rather than one guy he’s trusting more, which is kind of where it went toward the end.”

In the final minute, the connection between Woolfolk and Thompson nearly got the Cavaliers in the end zone. But Woolfolk’s pass down the seam to Thompson was a tad high and when Thompson tried to corral beyond the goal line, the ball deflected off the tip of his fingers and into the hands of Notre Dame’s DJ Brown.

“I think that you saw Jay relying on him more and more,” Mendenhall said.