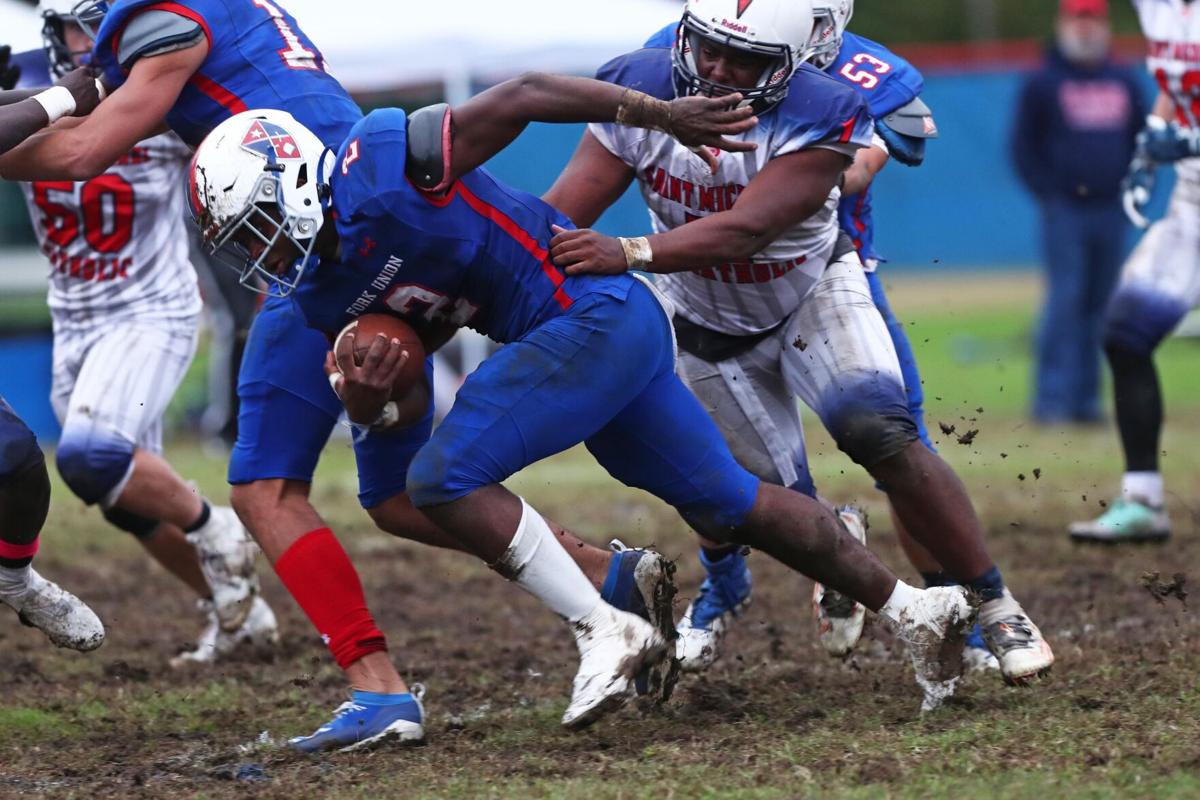 Fork Union running back V’Jon Hampton (2) carries the ball against St. Michael the Archangel on Friday in Fork Union. 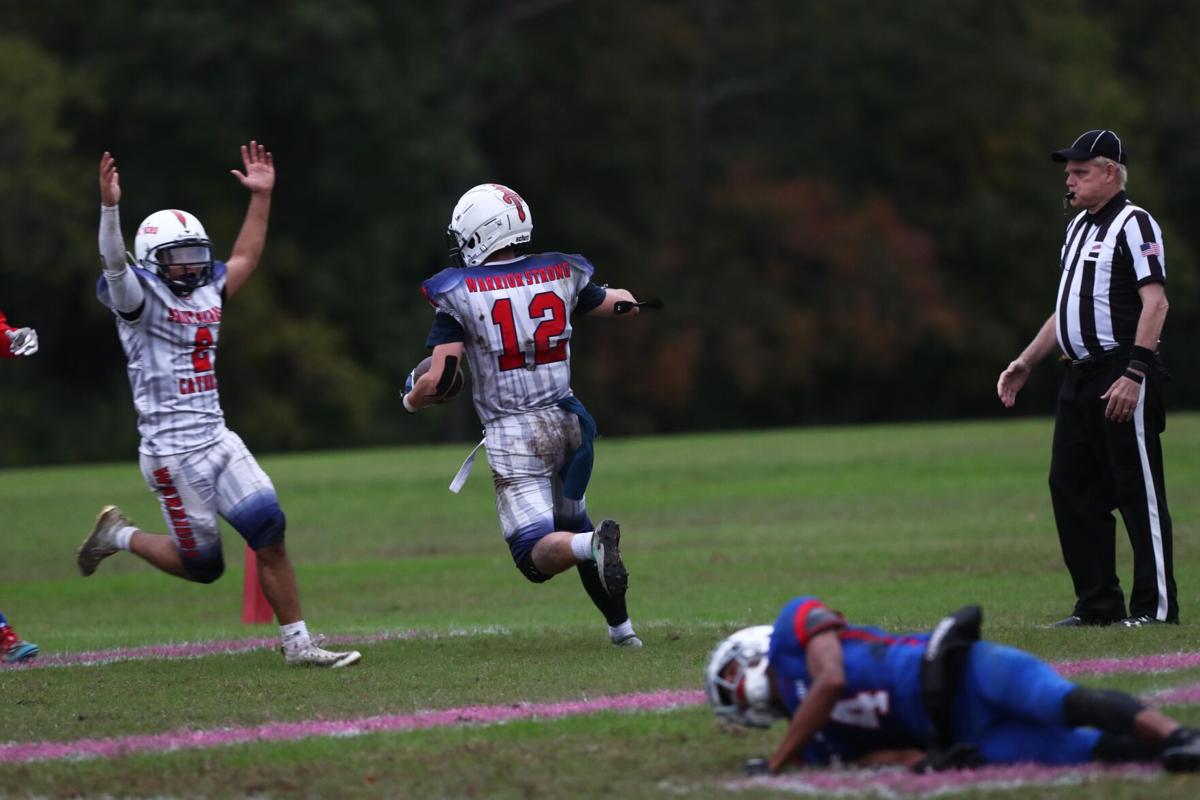 FORK UNION — Four weeks ago, the Fork Union Military Academy football team used a second-half surge to secure a 32-21 road victory against St. Michael the Archangel in Fredericksburg in the season opener for both teams.

Coach Mark Shuman’s team tried to recreate that magic Friday afternoon in its home opener, but the Blue Devils came up just short as the Warriors secured a 14-9 road win.

“They got us out of our game,” Shuman said. “They stopped the run, forced us to pass and we made some mistakes, they made some plays and they won.”

FUMA (1-3) opened the game with two strong drives, including one that gave the Blue Devils a first and goal from the St. Michael 2. The Blue Devils were unable to capitalize on the scoring chance. A penalty and two straight incompletions forced Fork Union to settle for a 25-yard field goal from Matthew Ware with 8:38 left in the first half.

St. Michael’s offense finally got on track on its third possession thanks to some timely throws from quarterback Hunter Showers. The senior hit Melvin Spriggs on a 45-yard completion on a third and long to extend a drive. One play later, he found Melvin Spriggs on a 31-yard touchdown to give the Warriors a 6-3 lead with 6:07 left in the half.

The second half belonged to Wright.

On St. Michael’s second possession, the senior running back rumbled 35 yards down the sideline, breaking three tackles along the way before strolling into the end zone. Showers found Colton Burbar on a slant pattern on the 2-point conversion to extend the Warriors' lead to 14-3 with 6:07 left in the third quarter.

Fork Union struggled offensively for most of the game, with untimely penalties and an ineffective running game making the Blue Devils one dimensional. V’Jon Hampton, who rushed for more than 120 yards in the opener, was limited to just 32 yards on 11 carries. The Blue Devils amassed just 44 yards on the ground for the game.

“I think they just clogged up our middle,” Shuman said. “They knew we were going to run, they clogged up the running lanes, we had to piece together an offensive line because we had some injuries, but it comes down to execution.”

Despite the struggles, FUMA continued to battle and made a game of it in the fourth quarter.

Junior quarterback Kieran Meyer found Blake Bolt behind the defense and the senior raced untouched for a 69-yard touchdown strike. The two-point conversion failed, leaving the Blue Devils trailing 14-9 with 7:07 left in the game.

The defense came up with a big stop as Alex Washington made a big sack on third down to get the ball back for the FUMA with less than three minutes to go with the ball at the St. Michael 48-yard line.

Fork Union’s offense was unable to capitalize on the great field position. St. Michael cornerback Jaquan Jones intercepted a pass at the 25-yard line to end the rally.

Wright put the finishing touches on the victory with a 50-yard run to help run out the clock and secure the win.

Friday's loss extended Fork Union's losing streak to three games as the Blue Devils head into the final three games of the season.

For Shuman, there’s plenty to learn from.

Fork Union running back V’Jon Hampton (2) carries the ball against St. Michael the Archangel on Friday in Fork Union.