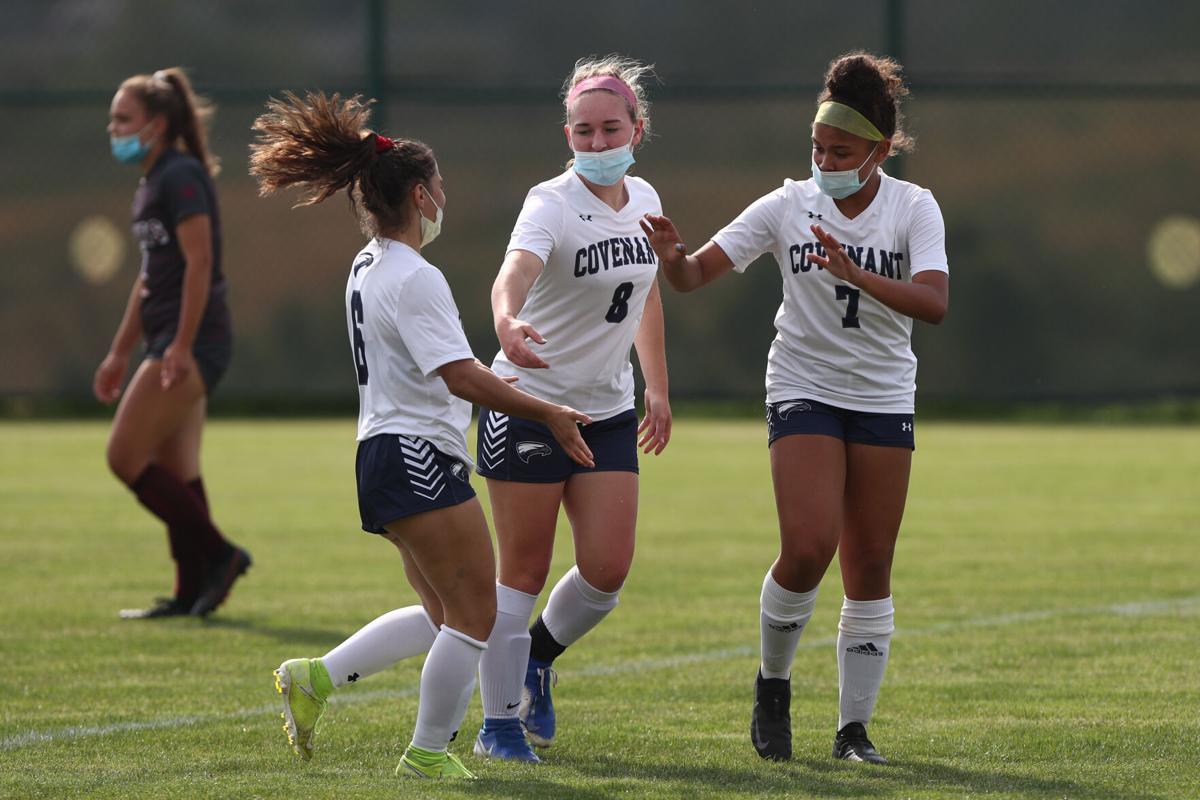 Covenant players celebrate a goal during their win over St. Anne’s-Belfield on Thursday. See more photos at DailyProgress.com. 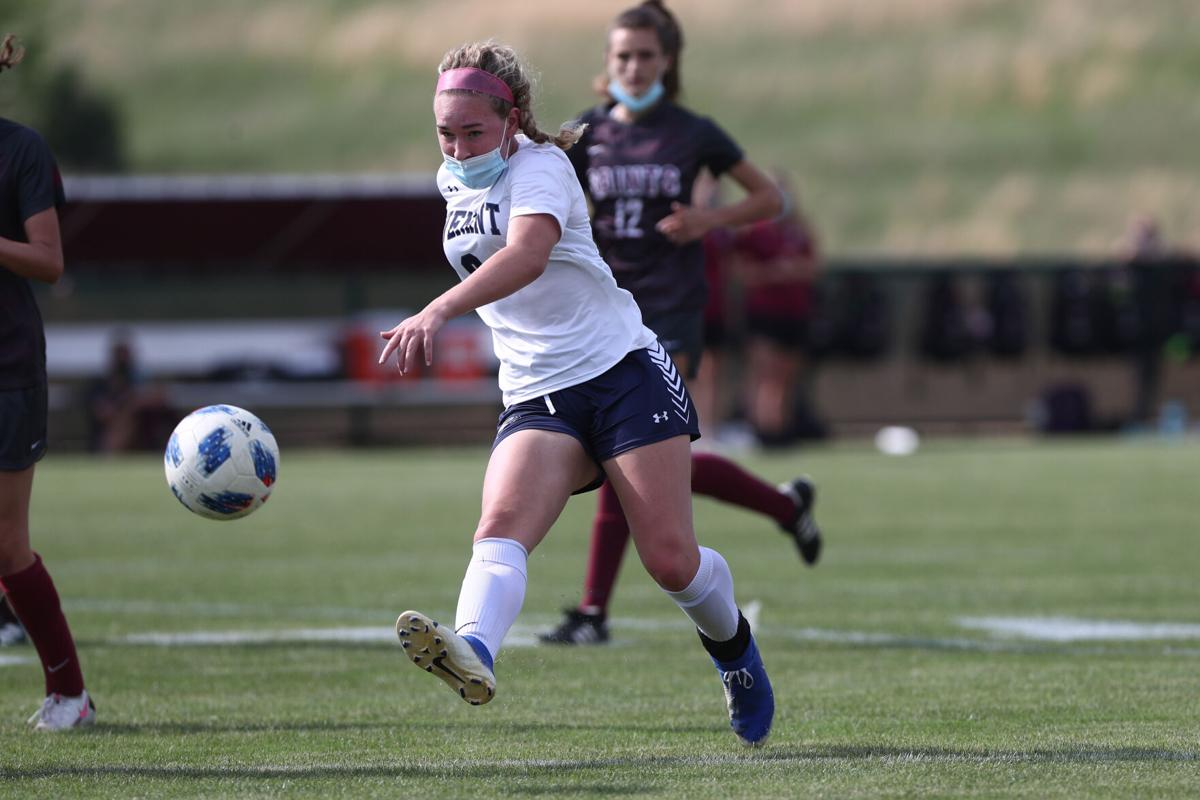 Four years ago, Isabella Conklin and her teammates made it a goal for the Covenant girls soccer team to post a victory over St. Anne’s-Belfield before their high school careers were down.

Behind goals from Conklin and Makayla Hargrove, the Eagles earned a 2-0 road victory over the Saints on Thursday in their cross-town rivalry matchup.

Conklin set up Hargrove’s opening goal in the first half, then put the game away with a goal of her own in the final 20 minutes to secure the victory for the Eagles.

“It’s a huge game, so winning this game as a family was huge,” Conklin said. “It was a huge goal for the seniors now since freshman year and we didn’t get to do it last year.”

Covenant (4-1) set the tone early, scoring in the opening minutes thanks to some great work from its forwards up front. Conklin made a great run from the midfield to put the STAB defense on its heals before getting losing the ball in the box. Hargrove didn’t quit on the play and corralled the loose ball. She then set her sights on the goal.

“All I saw was that open space and I just thought maybe I should take this shot and help my team get this victory,” Hargrove said.

She did just that, firing a shot that snuck inside the right post for a 1-0 Covenant lead five minutes into the game.

“Having Makayla be there and scoring that first goal and capitalizing on that chance was just a huge thing,” Conklin said, “and it gave us that positivity to be able to push through the pressure and do the things that we know how to do.”

The Saints’ best scoring chance came at the end of the half, when Sophie Martin delivered a nice ball from the midfield to Chloe Paget Brown on the left wing, but Covenant keeper Teagan Murrie read the play and came off her line to thwart the scoring chance an preserve the Eagles’ 1-0 lead at intermission.

The Saints (2-6) had plenty of scoring opportunities in the second half, earning four corner kick opportunities, but were unable to capitalize in the final third. STAB’s Mary Holland Mason had a chance at an equalizer from 20 yards out with shot at Murrie’s feet that nearly snuck through, but the senior keeper was able to get her hand on the ball in time to keep it from crossing the line.

Five minutes later, Conklin added an insurance goal for the Eagles. Sinclaire Hart slipped a pass in space to send Conklin in on goal. The University of Lynchburg commit then made a great spin move to get around the defender and tucked the ball past STAB’s Zara Craig for a 2-0 lead with 14 minutes left.

“It was a great ball, and I just ran onto it,” Conklin said of Hart’s pass. “I got really lucky too.”

Despite the two-goal deficit, the Saints continued to battle all the way up to the final whistle. STAB had three shots in final 10 minutes, including two from Paget Brown, but was unable to find the back of the net as Covenant secured the win.

Murrie had four saves to secure a clean sheet for the Eagles. Craig had a strong day in goal for STAB, posting three saves.

Earlier in the day, Covenant midfielder A.J. Hudock signed to play college soccer at Catholic University next season. Several hours later, Hudock and her teammates celebrated a big win on the pitch against their cross-town rivals.

For Covenant, Thursday’s win is a building block for the remainder of the season.

“This was the big game,” Conklin said. “This was the game we really wanted to win before we go into conference and states.

Covenant players celebrate a goal during their win over St. Anne’s-Belfield on Thursday. See more photos at DailyProgress.com.