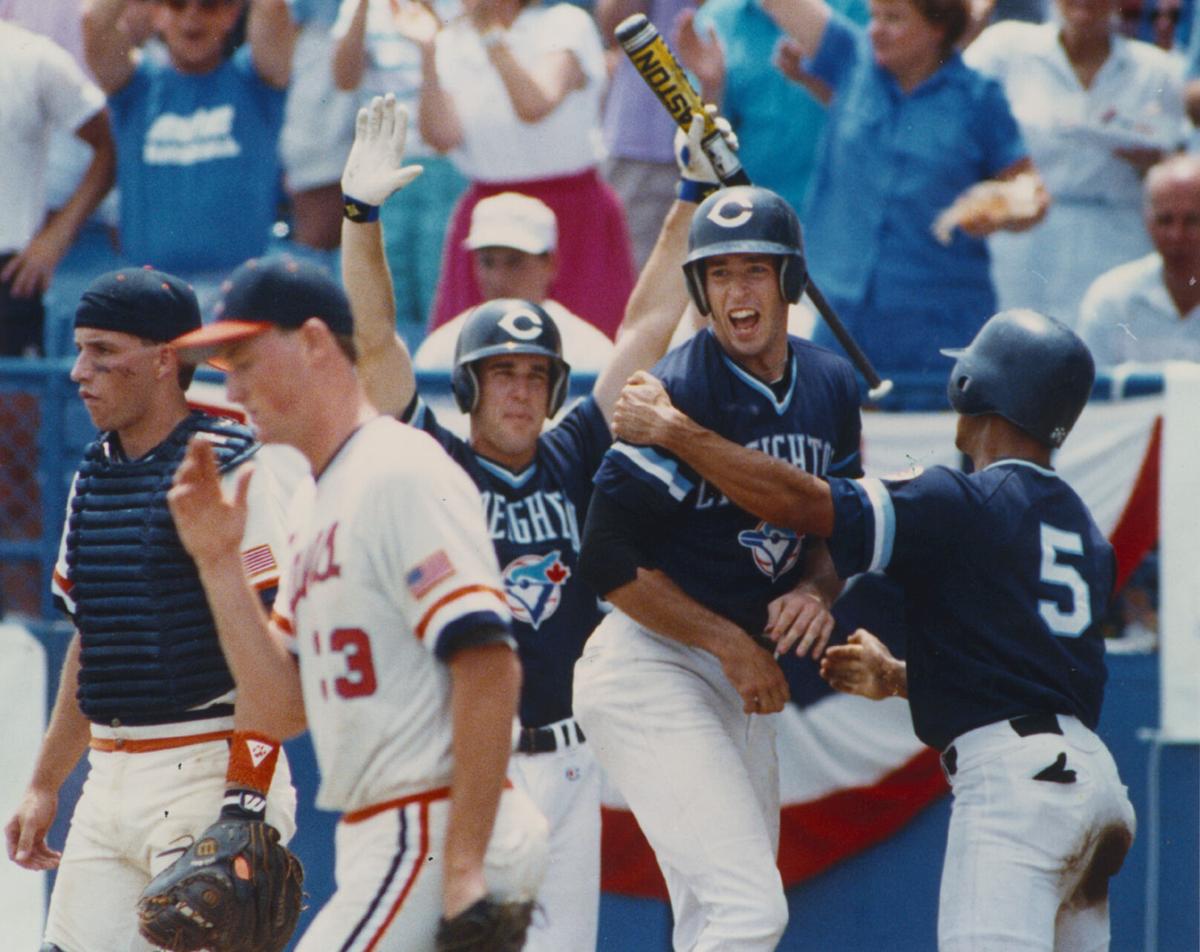 The 1991 Creighton baseball team captivated Omaha with a run to the College World Series. The roster included Brian O’Connor, who went on to become the coach at Virginia. 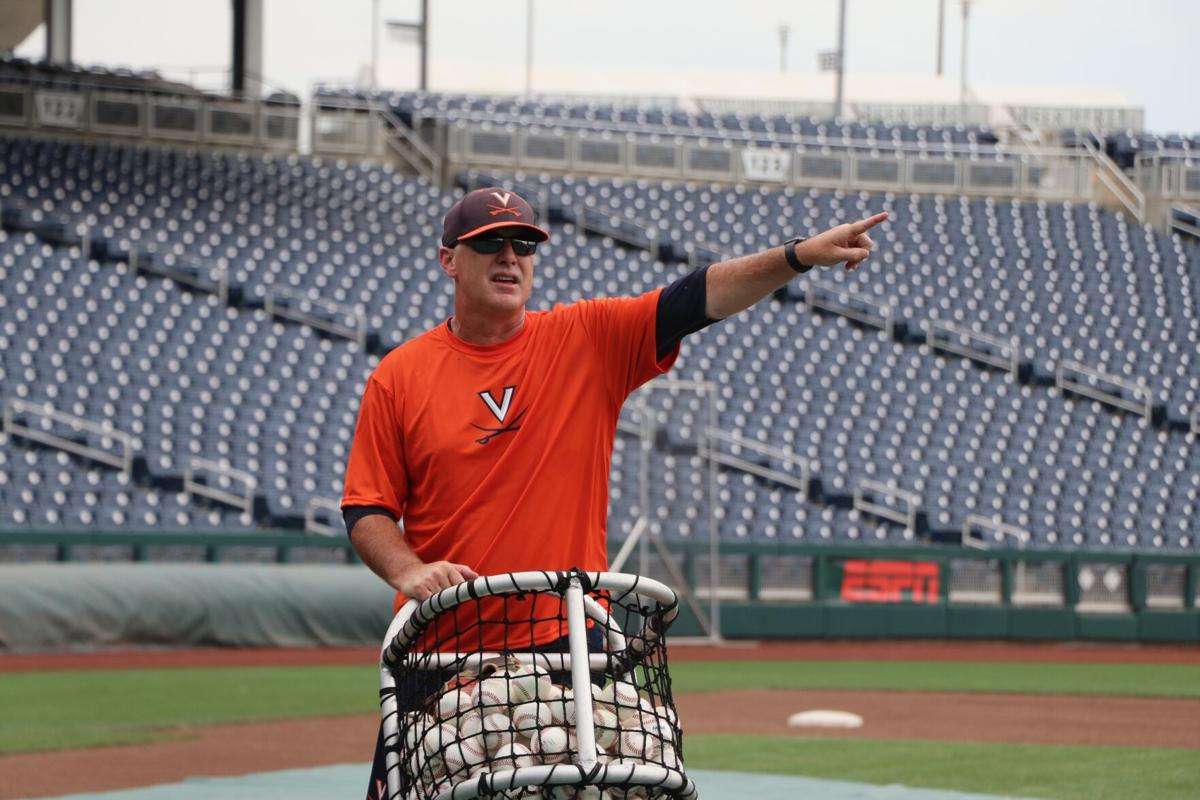 Virginia baseball coach Brian O’Connor, who has led the Cavaliers to Omaha five times, was a member of the 1991 Creighton baseball team that reached the College World Series.

When Brian O’Connor coaches Virginia in an important game, his college teammates from 30 years prior watch every pitch with bated breath.

“You got guys who are running businesses, serious operations and they’re watching noon baseball games on a Monday and hoping to God that O’Connor can steer the team to victory,” Mike McCafferty said.

McCafferty, who played second base on Creighton’s 1991 team that made the College World Series, is among those who closely follow what “Boy Oak” and the Virginia Cavaliers are doing. McCafferty, the CEO of Sheridan Memorial Hospital in Sheridan, Wyoming, admits he’s among those watching UVa’s every move this postseason, even if he’s juggling work responsibilities when the games take place.

He watched as Kyle Teel’s grand slam pushed UVa into the College World Series last Monday. He couldn’t help but think of a clutch moment from Creighton’s 1991 regional victory over USC.

“It just took me back to Chad McConnell against USC,” McCafferty said. “We’re down a few runs and Chad McConnell, who is Brian O’Connor’s roommate, hits a three-run home run to put us ahead of USC late in the game and ultimately we win that game and go on to win the regional. It’s moments like that, when your back’s against the wall, that kind of define who you are as a team and really pull you together.”

For the 1991 Creighton team, the connection remains strong. Members of the group stay in contact regularly. McCafferty said some of the guys met up over Zoom during the pandemic, and they’ve met up plenty of times over the years, including at anniversary celebrations for the 1991 team.

The connection between O’Connor and his former teammates will be renewed yet again this week.

O’Connor and company thrilled the hometown fans 30 years ago, making a run at a national title.

Creighton opened the CWS with a win over Clemson before playing one of the most memorable games in the history of the event. The Blue Jays fell 3-2 to Wichita State in 12 innings. The Shockers silenced Creighton’s high-powered offense and held on for their seventh win of the season over the Blue Jays.

O’Connor was the losing pitcher.

“That’s the one game we decided not to score a couple more runs,” O’Connor said.

The team bounced back with a 13-4 win over Long Beach State to fend off elimination. Unfortunately, another loss to Wichita State, the team’s eighth that season, ended their run.

Despite falling short of a national championship, the 1991 Creighton team remains one of the most notable in College World Series history, in large part due to the raucous crowds. A then-record crowd of 18,206 showed up to watch Creighton play Wichita State for the 12-inning showdown.

“There’s just people lined up for a mile outside the stadium to get tickets, just so many people that couldn’t get tickets and get into the game and the overflow crowd, just the hysteria,” O’Connor said. “We’d go into restaurants as a group during the World Series, and it’d be a standing ovation and people wouldn’t let you pay your own check. It was pretty awesome.”

Even 30 years after the event, it’s an emotional memory for players and coaches of the program. They’re excited to spend time together this week, while rooting for one of their own.

“I think that link that he provides through his leadership as a coach for the Virginia team is directly linked to our Creighton team,” McCafferty said. “Everybody’s still so tight, and that loyalty as friends and teammates has never, ever wavered. We’re just so proud of him and happy for his success and the team’s success and UVa’s success.”

O’Connor stresses that this week isn’t about him. It’s about his team and Virginia’s players.

While that’s true, and the Cavaliers will determine their fate with their on-field performance, there’s no denying O’Connor’s role. The veteran leads UVa into its fifth CWS, and all appearances have come with him as the head coach.

He’s from the Omaha area, played in the event for a local college and won a national title as a coach in 2015. O’Connor’s likeness is even on “The Road to Omaha” statue outside TD Ameritrade Park.

“He doesn’t like to boast about it, but we all knew he was a part of it,” senior pitcher Andrew Abbott said of the statue. “We showed up yesterday for pictures, we said a quick little word to him and he laughed. It’s important to be happy and enjoy these moments.”

Despite pushing the spotlight toward others as much as possible, O’Connor doesn’t shy away from discussing his 1991 Creighton team or the memories made from each trip to Omaha. He tries to impart wisdom to his Virginia team when possible, including lessons learned three decades ago.

“I said, ‘Listen, you guys don’t realize it right now, but 30 years from now you all will be getting together and talking about that series against Dallas Baptist and talking about the experience in Omaha and following each other’s careers well after their time at Virginia,’” O’Connor said. “It’s so special when you accomplish something like that, and I know the feeling.”

Will the Houston Texans be the worst team in the NFL at the end of the season?

Stay away from Justin Herbert's passing yards Prop at 4,550.5

Stay away from Justin Herbert's passing yards Prop at 4,550.5

Should Cade Cunningham be the #1 pick in the NBA draft?

Should Cade Cunningham be the #1 pick in the NBA draft?

Hot or Not: USA Basketball proved with win over Iran they will win gold?

Hot or Not: USA Basketball proved with win over Iran they will win gold?

The 1991 Creighton baseball team captivated Omaha with a run to the College World Series. The roster included Brian O’Connor, who went on to become the coach at Virginia.

Virginia baseball coach Brian O’Connor, who has led the Cavaliers to Omaha five times, was a member of the 1991 Creighton baseball team that reached the College World Series.