Brennan Armstrong: The pride of Shelby, Ohio
0 comments
Share this
{{featured_button_text}}
1 of 2 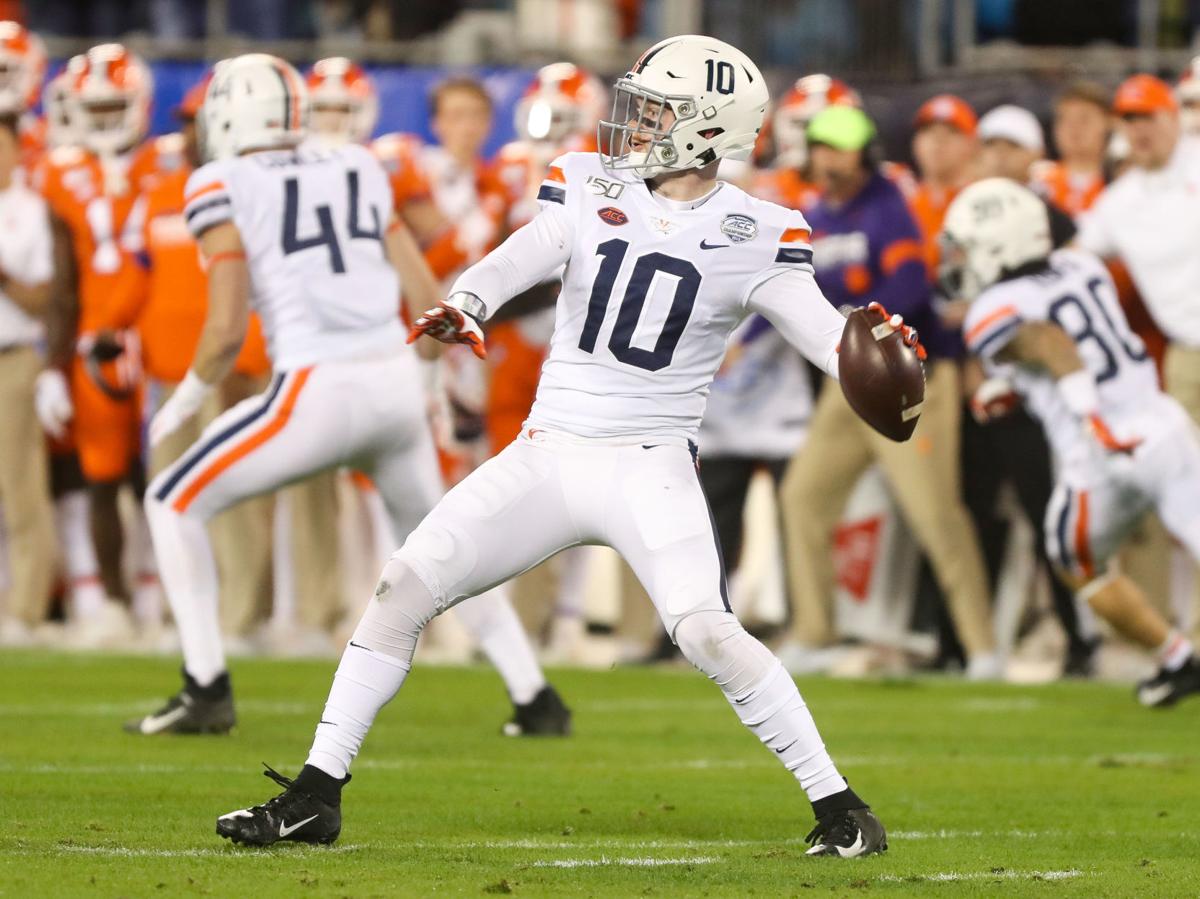 Virginia quarterback Brennan Armstrong will make his first career start for the Cavaliers on Saturday against Duke. 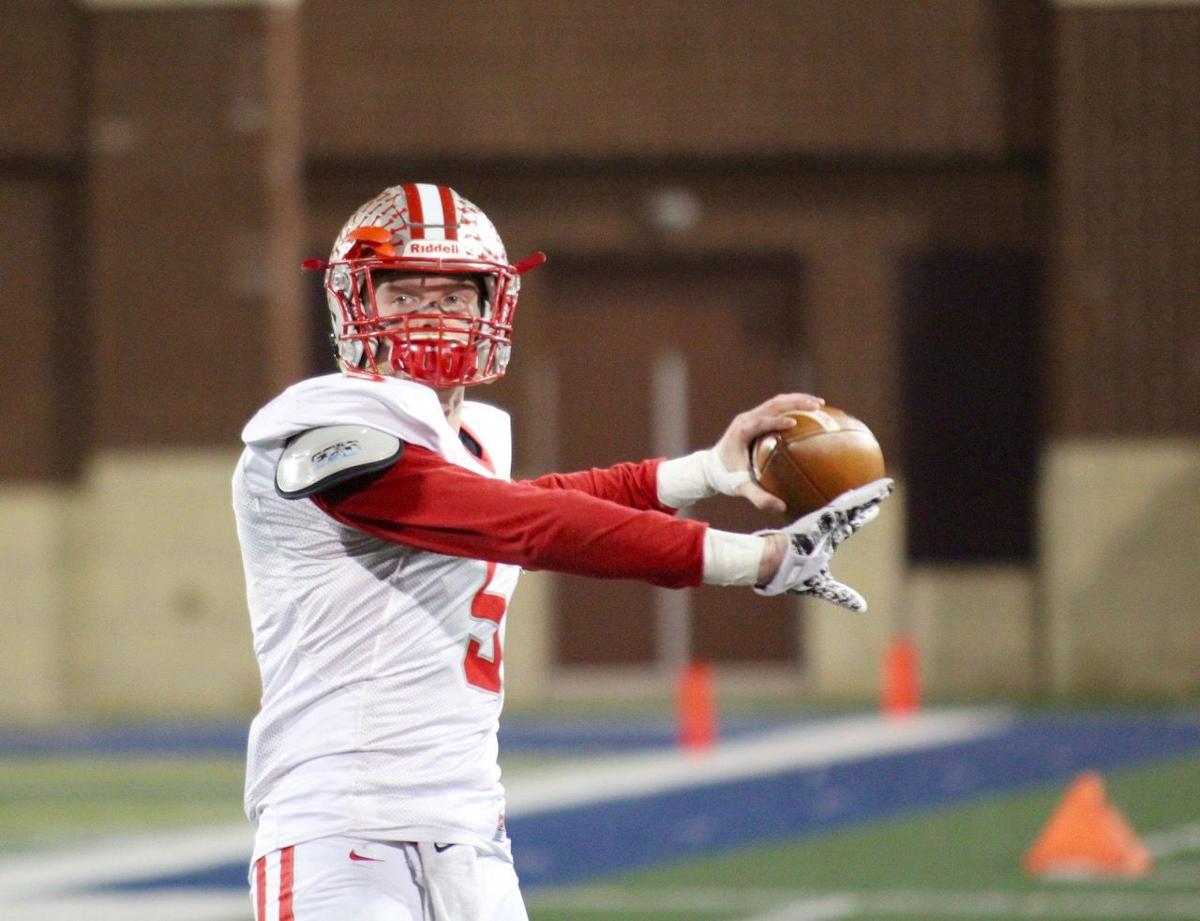 Prior to coming to Virginia, quarterback Brennan Armstrong starred at Shelby High School in Ohio.

Brennan Armstrong walked into his high school football coach’s office with a simple request. He wanted to play defense.

Erik Will, the head coach at Shelby High School during Armstrong’s career, wasn’t sold on putting his star quarterback with collegiate scholarship offers in additional danger.

“No, no, no,” Brent said with a smile in a recent Zoom interview. “No kickoffs. No special teams for the kid.”

UVa’s current starting quarterback never did see the field on special teams, but he got his wish of playing on the other side of the ball.

“We did not run him down on kickoff,” Will laughed, “but he ended up being an all-state caliber safety for us.”

“When he was in eighth grade, I went to an eighth grade football game and I watched him in warmups and I was like, ‘This kid is unbelievable,’” Will said.

Will raves about Shelby’s football tradition, saying the program regularly sends players to FBS programs. Still, Armstrong stood out when he saw the quarterback suit up as an eighth grader.

“I had never coached a kid in the previous 14 years of my coaching experience that looked and functioned like this kid did in middle school,” Will said. “It was ridiculous. Shelby’s a town of about 10,000 people, and I’m walking around and I’m thinking, ‘These people have no idea what they’re getting ready to see for the next few years. This kid’s a freak.’”

It wouldn’t be long before the blue-collar Ohio town learned about Brennan Armstrong.

Within the Armstrong household, however, anxiety surrounded the young quarterback’s future. Brennan earned the starting job his freshman season, meaning the 14-year-old would lead a team onto the field. He’d face 18-year-old seniors soon heading to play college football.

“I’ll never forget because he was 14, and as a mom I’m like, ‘Oh my god, he’s playing against men,’ but he was kind of ahead of his time a little bit maturity wise,” Heather Armstrong, Brennan’s mother, said.

Mature beyond his years, Armstrong broke onto the scene his freshman season, leading his team in one of the best high school games in recent years.

Shelby fell to Tiffin Columbian 83-82 in overtime. An Armstrong touchdown run put Shelby up 82-75 to open overtime, but Tiffin scored a touchdown and decided to go for two points. The attempt worked, handing Shelby the one-point loss.

Despite the loss, Brennan Armstrong was no longer a secret in Shelby.

By that point, Brent Armstrong felt confident with his 14-year-old son taking on whatever Ohio high school defenses had to offer.

“After Week 2 his freshman year, it didn’t bother me,” Brent said.

The pride of Shelby

“This is a football town,” Brent said. “That’s what we pride it on right here. It’s Shelby Whippet football.”

When Brent spoke with The Daily Progress on Thursday, he made sure to mention the other big game this week. The Whippets host the Lucas Cubs on Friday night, with Brennan’s younger brother Camden an offensive lineman on a group that helped pave the way for a running back to record 412 yards on 14 carries earlier this fall.

The small town values loyalty and commitment. Everyone in the town knows each other, and it’s a tight-knit community.

“Shelby is, you’re next to the same kid in the yearbook for 12 years,” Will said.

Growing up in Shelby is part of why Brennan wanted to play defense his final two years of high school. The community loves football, and it’s known for toughness and hard work.

“To me, if I’m the coach, I gotta put the best players I can on the field and being such a small community like this, we don’t have 80 kids,” Brent said. “We’re lucky to get 40-50 kids that go out … when he wanted to play, I think you almost had to give him a shot at it just to see, and it panned out for him. He did well.”

According to Will, Armstrong gave Shelby everything he had athletically.

The left-hander was a three-sport athlete, also competing in basketball and baseball.

“He was one of our best basketball players,” Will said. “He was our best baseball player. You’re talking about a kid that’s a lefty who could throw in the low 90s. I mean, if Brennan wanted to he could probably have been drafted coming out of high school to play baseball.”

As Armstrong progressed as an athlete, his local legend grew.

Even as his football recruiting status rose, Armstrong never wanted fewer athletic opportunities. From playing defense to two other varsity sports, Brennan just wanted to compete. He remained steadfast in his commitment to being a good teammate and helping teams win despite the local media attention thrown his way.

“He’s not a prima donna,” Will said. “That’s probably the best way to describe Brennan.”

Even with offers from North Carolina, Iowa State, Cincinnati and Minnesota, Brennan Armstrong decided to play at Virginia.

Armstrong’s parents did their best to let him make the choice on his own, but deep down, they hoped he’d end up at Bronco Mendenhall’s program.

“We went to watch one of the spring practices, and they kind of ran it, it felt like the military,” Heather said. “I thought, this is perfect for Brennan.”

A lover of structure and routine, Brennan fits well within Virginia’s program.

Armstrong loved the coaches during the recruiting process, taking note of how the staff followed Mendenhall to UVa after years at BYU. The loyalty struck him, and played a role in his decision to join the Wahoos.

Everything was earned for the former high school star this offseason at Virginia. He spent two years backing up Bryce Perkins, learning the system and waiting his turn to become QB1.

“The coaches were really transparent with me when they said, ‘Hey, we’re gonna need to bring another guy in,’” Brennan Armstrong said in early September. “I said, ‘Totally fine.’ Helps me. Helps the team. I’m here to do whatever helps our team, and I was gonna work no matter what, whoever came in. It didn’t bother me at all.”

He embraced the competition, viewing it as a chance to get better. Brennan won the starting job this fall, earning increased respect from his teammates during the process.

“I’m just very grateful,” Brennan said. “That’s what I came here to do, eventually start, and I’m just grateful that my teammates are around me.”

Mendenhall’s program forced the quarterback to work to become the starter. That’s exactly what Armstrong wanted in a college choice.

“He wanted to go to a place that had a lot of the same values and core principles that you get in a small Midwestern town, and he got that with coach,” Will said. “I literally don’t think there’s a day that’s ever gone by that he wishes he went somewhere else. He loves UVa.”

After watching Camden play Friday night, the Armstrongs will wake up Saturday morning for the 7-hour drive to Charlottesville for UVa’s season opener at 4 p.m.

As the Armstrong family watches as some of the select few allowed into Scott Stadium, the town of Shelby will turn its eyes toward the ACC Network. For as much as Brennan Armstrong gave to Shelby on the field, the town more than returns in support.

“He’s a big fish in a little pond here, and everybody’s looking forward to Saturday around here,” Brent said.

Brent laughed, adding that some people have to buy the ACC Network because the local TV provider doesn’t offer it.

Regardless of the logistical challenges, Shelby will turn its collective attention to Charlottesville on Saturday afternoon to support the kid they’ve loved watching since he burned defenses as a 14-year-old freshman.

“When UVa plays on Saturday, there’s gonna be at least 10,000 TVs on, I can tell you that,” Will said. “Everybody back here is a UVa fan. In north central Ohio, there’s gonna be watch parties all over the place. You’re going to be hard pressed to go around anywhere in our town and see a television on at 4 o’clock that’s not UVa-Duke.”

Officiating will be different when VHSL games make their return

With the return of high school sports in Virginia roughly two months away, uncertainty still remains as ways to not only make it safe, but equitable to all those involved.

ARLINGTON, Texas (AP) — The Latest on Game 1 of the World Series (all times local):

The UVa athletics department administered 939 COVID-19 tests from Oct. 12-18, which resulted in four new positive test results. The testing positivity rate last week was below 1% in the results shared by the school on Monday.

Virginia quarterback Brennan Armstrong will make his first career start for the Cavaliers on Saturday against Duke.

Prior to coming to Virginia, quarterback Brennan Armstrong starred at Shelby High School in Ohio.