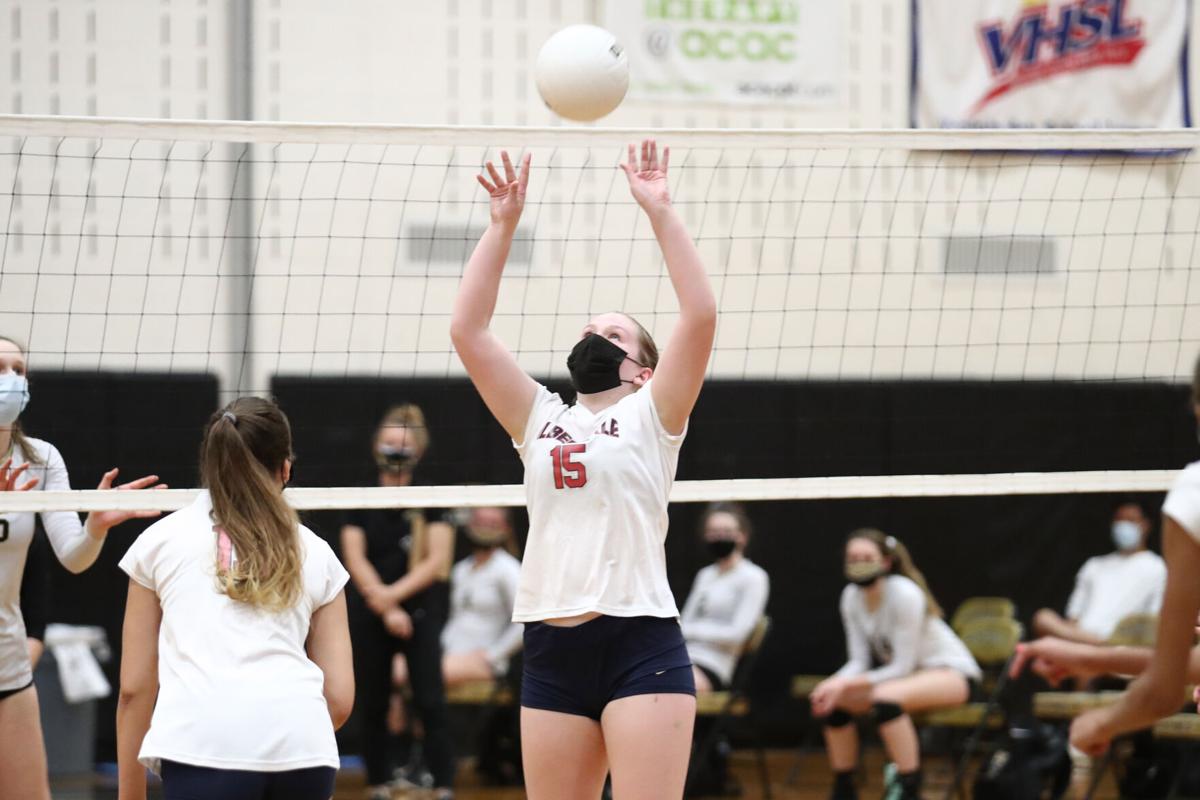 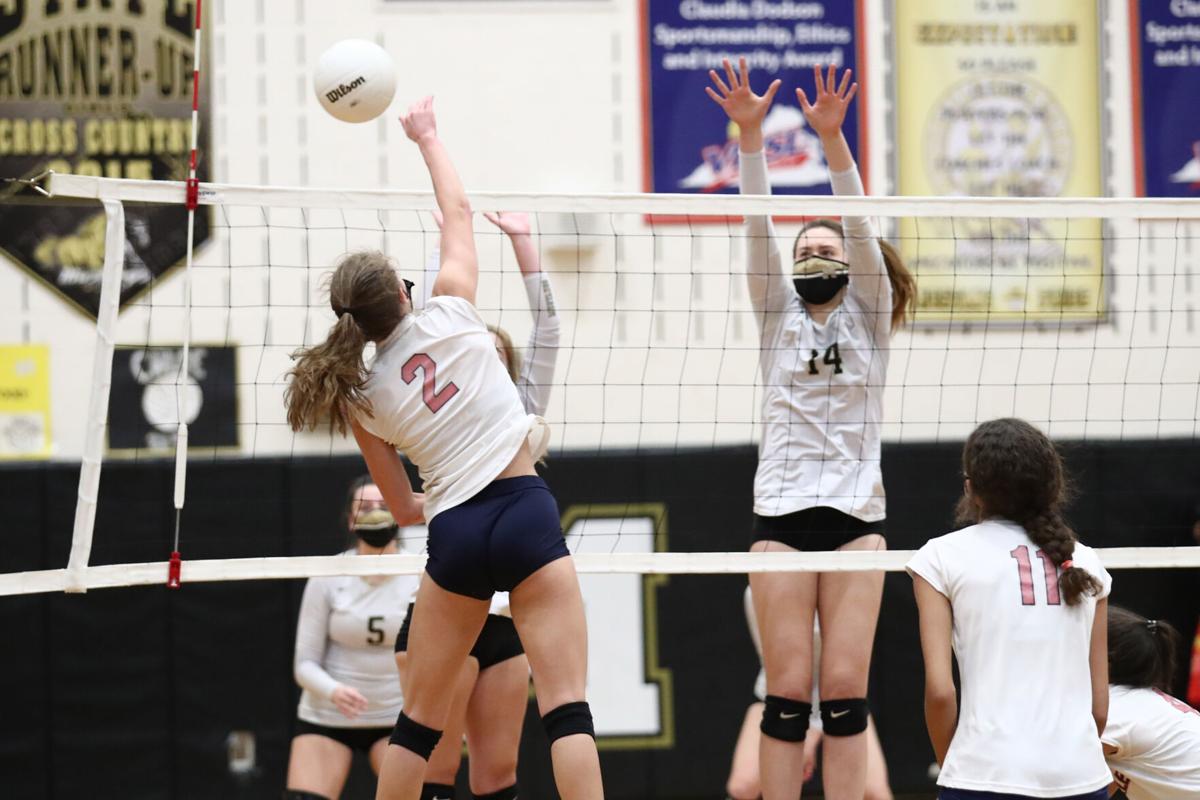 ERIN EDGERTON, THE DAILY PROGRESS Albemarle Patriots outside hitter Sophia Elizabeth Dawson (02) hits the ball over the net during a game on Wednesday at Monticello High School.

Keira Roach has never lost a Jefferson District match in her four years of playing volleyball at Albemarle High School.

The senior setter continued that streak Wednesday night as she led the Patriots to a 27-25, 25-13, 25-20 victory over Monticello to lead her team to its fourth Jefferson District title.

“Monticello always comes out with a lot of energy and we were expecting that tonight,” Roach said. “We really talked as a team to focus on our side of the court and not so much theirs. I think that really helped us out a lot. Obviously, we started slow and struggled a little bit, but I think as a team we regrouped really well.”

Albemarle was solid early on. Maya Winterhoff had four kills and Roach added six points and two kills to help the Patriots build a 23-15 lead in the first set. But Monticello rallied late in the set as Sophie Koch tallied thee kills and two blocks and Adaire Burnsed added a pair of kills as the Mustangs took a 24-23 lead.

On the brink of losing the set, the Patriots settled down. Emma Figler had a kill and an ace to give her team the lead, then Monticello had a mishit on a spike attempt to give Albemarle the first set.

Before the start of the second set, Roach gathered her team for a pep talk.

“I told them ‘Just be confident in yourself,’” Roach said. “We’re a great team. We practice so hard every single day. We’re all confident in one another and we just need to keep that energy up.”

The words seemed to resonate for the Patriots as they built a 16-7 lead. Winterhoff had four kills and Trinity Swartz added two more, while Lainey Haas posted four aces during the early surge. Winterhoff finished the set with five kills, including a big kill that clinched a 2-0 lead in the match.

Monticello (8-3) didn’t go away quietly in the third set. Amelia Koch had an ace and a kill to pull the Mustangs within striking distance, 22-20, but Albemarle regained the momentum, scoring the next three points to seal the straight-set victory.

“It feels great,” Roach said. “I’ve worked really hard the last four years to make that happen. That was the goal for this season. I wasn’t worried about regionals or states, just to win the district and I’m really happy about it.”

Winterhoff led the way with a match-high 16 kills and eight digs for Albemarle. Sophia Dawson chipped in five kills, two aces and a team-high 16 digs in the win. Haas added five aces and four digs, while Franceszca Penaredondo tallied seven kills and a pair of assists.

The win was also a milestone for Albemarle Coach Lance Rogers. The veteran coach won nine straight district regular season titles at Western Albemarle before retiring after the 2010 season. After a decade hiatus, he returned this season to extend the streak to 10 district titles in a row.

Albemarle wraps up the regular season Thursday when it travels to Crozet to take on Western Albemarle. Monticello will close out their regular season at home against Charlottesville on Thursday.

ERIN EDGERTON, THE DAILY PROGRESS Albemarle Patriots outside hitter Sophia Elizabeth Dawson (02) hits the ball over the net during a game on Wednesday at Monticello High School.