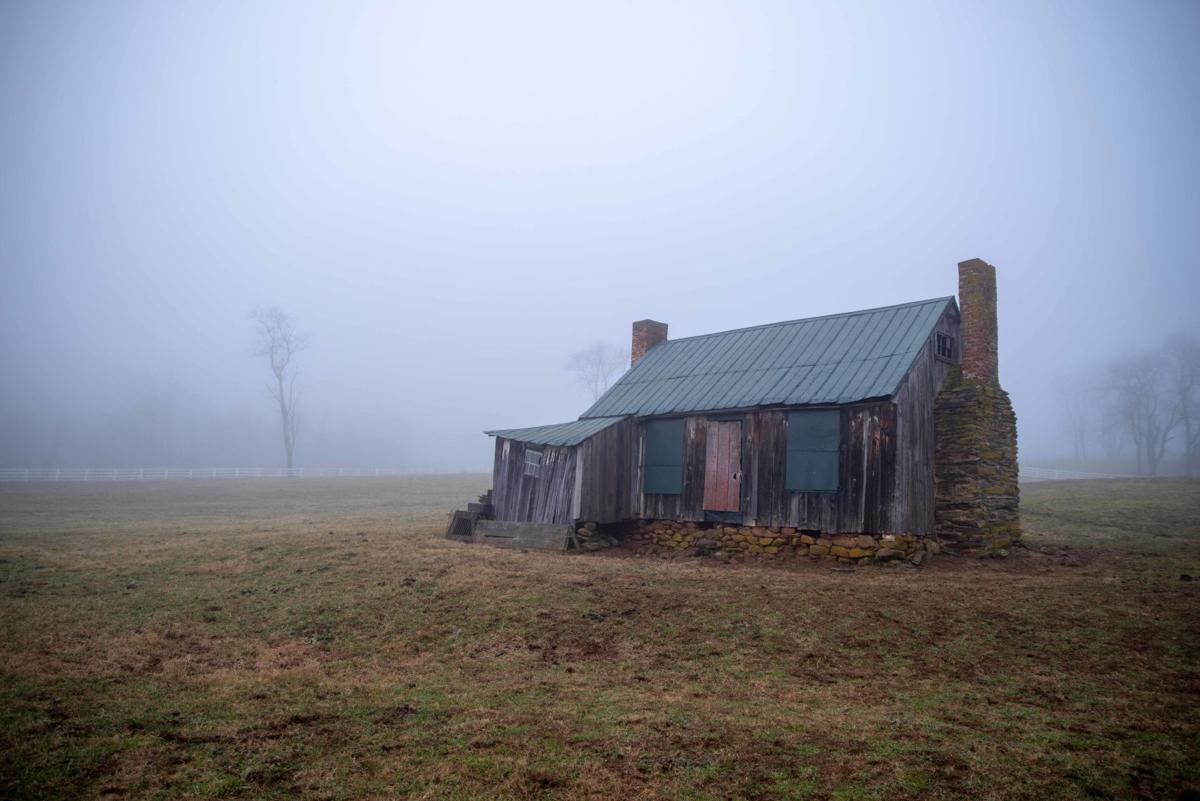 Virginia Humanities identified a dozen former slave dwellings throughout Virginia. This one was found on Pharsalia Plantation in Nelson County and dates back to the early 1800s. 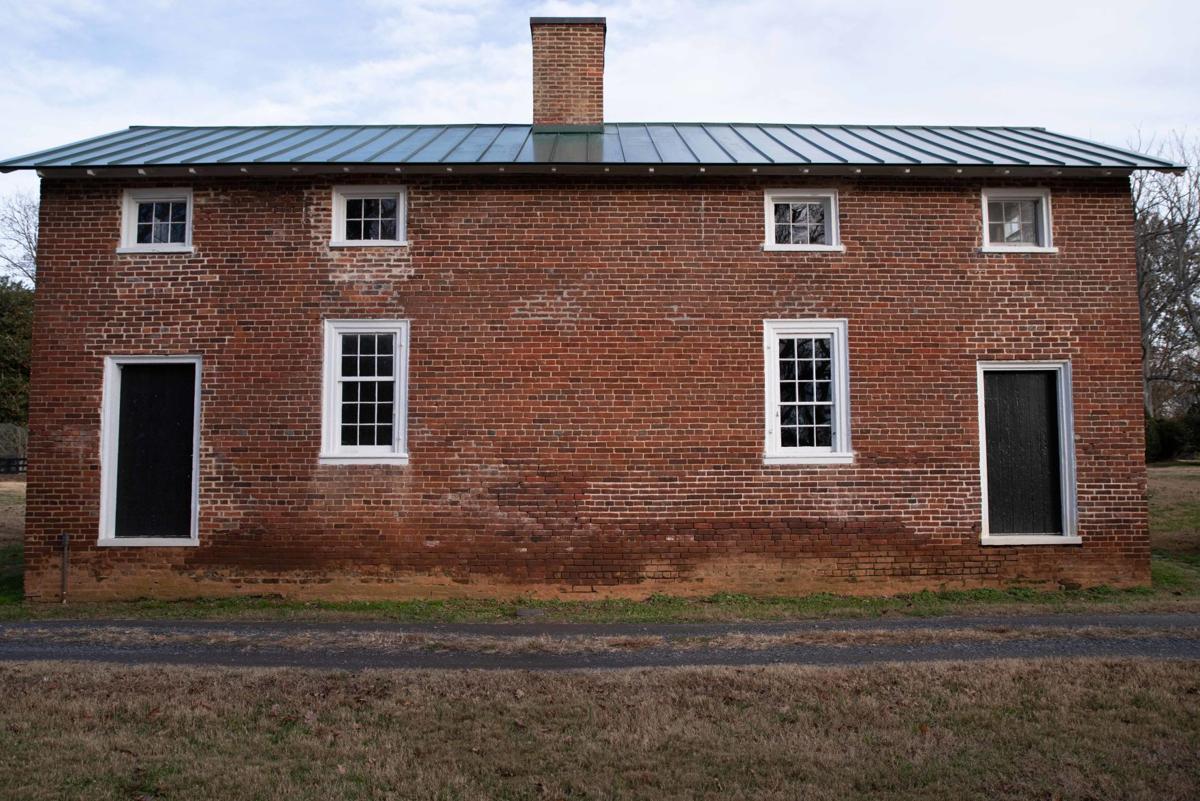 This stone structure on the Ampthill Plantation in Cumberland County is a pre-Civil War slave house and its interior is now available on Google Street View. 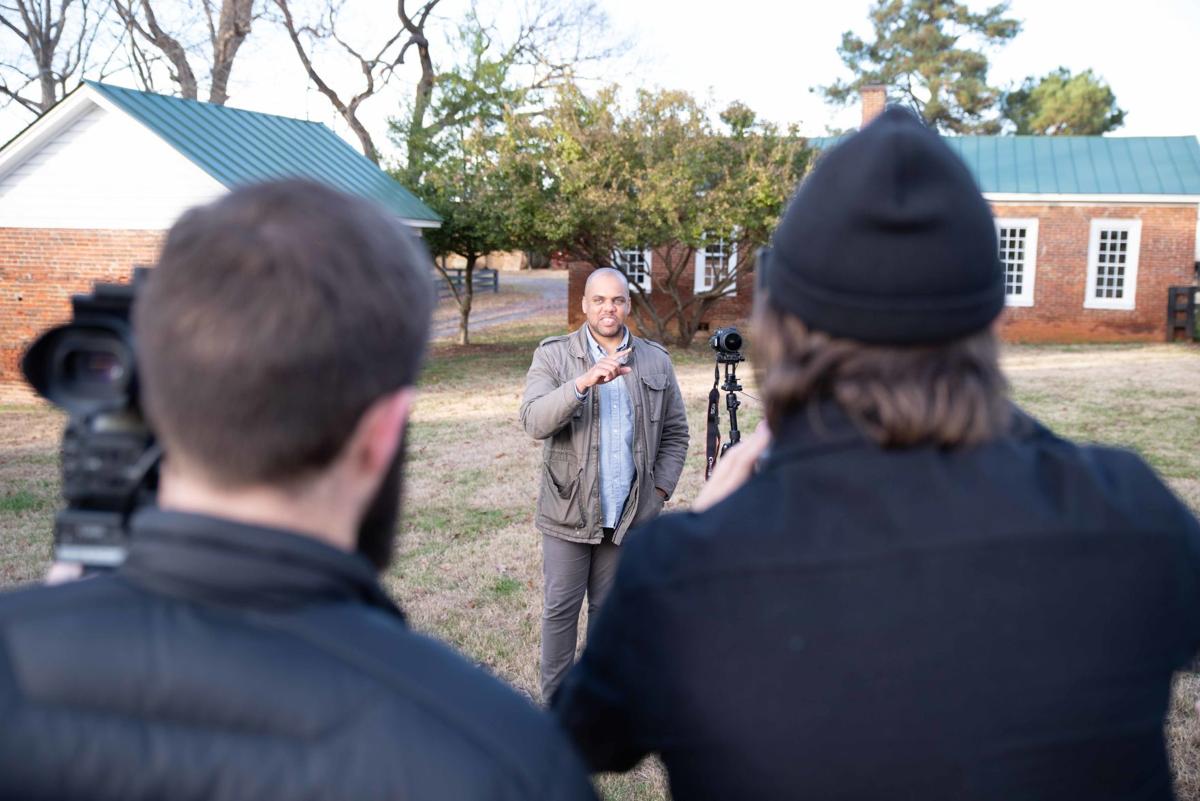 A Google Earth Outreach team traveled to Virginia late last year to shoot a 7-minute documentary about Virginia Humanities’ efforts to create virtual tours of former slave dwellings. Justin Reid, Director of African American Programs at Virginia Humanities is being interviewed at Ampthill Plantation. Reid’s great-grandfather was born into slavery there a few years before emancipation. 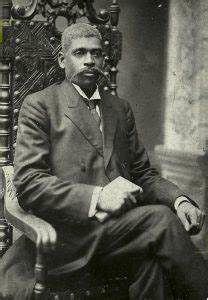 Virginia Humanities identified a dozen former slave dwellings throughout Virginia. This one was found on Pharsalia Plantation in Nelson County and dates back to the early 1800s.

This stone structure on the Ampthill Plantation in Cumberland County is a pre-Civil War slave house and its interior is now available on Google Street View.

A Google Earth Outreach team traveled to Virginia late last year to shoot a 7-minute documentary about Virginia Humanities’ efforts to create virtual tours of former slave dwellings. Justin Reid, Director of African American Programs at Virginia Humanities is being interviewed at Ampthill Plantation. Reid’s great-grandfather was born into slavery there a few years before emancipation.

In an effort to preserve and increase digital access to slave dwellings in Virginia, Charlottesville-based Virginia Humanities has created virtual tours of the living quarters and made them available on Google Street View. The virtual tours were released by Google on June 19, also known as Juneteenth, the date that commemorates the emancipation of the last enslaved African American in 1865, when the Civil War officially ended. The dwellings were built between the late 1700s and mid-1800s.

“It’s our task to document all historical and cultural aspects of the state of Virginia,” Hedlund said. “We have been doing that for many years. Our first collaboration with Google was in 2013, when we made a virtual tour of Poplar Forest, the summer residence of Thomas Jefferson.”

According to Hedlund, the goal is to present a history of Virginia “in its totality.”

“That means slavery as well. You can’t discuss Virginia’s history without talking about slavery. When we started to produce virtual tours of interiors using Google’s platforms, we saw an opportunity to document slave dwellings. We proposed it to Google during a conference in California, and they were on board.”

Work got quickly underway to identify a dozen slave dwellings across the state, with scholars and preservation experts in tow to help.

“The work we are doing is important for several reasons,” Hedlund said.

“Many of the former housing sites for enslaved people are on private property and not open to the public. And a lot of these dwellings are in poor condition, making it dangerous to visit them. By documenting them this way, we provide digital access and we preserve them for the future. Think of it; the slave dwellings that exist today are the ones that were built the best. Most of them don’t even exist anymore, because slave housing was usually of poor quality. The slave dwellings we find now are just a fraction of the slave houses that once existed.”

The Google Earth Outreach team, which supports Virginia Humanities’ effort with equipment and training, was so enamored with the project that a film crew visited Virginia late last year to shoot a mini-documentary about the project. The seven-minute film revolves around Ampthill Plantation in Cumberland County, where Hedlund and his colleagues created a virtual tour of the plantation and a slave dwelling on the property.

Justin Reid, director of African American Programs at Virginia Humanities and another driver of the project, has a personal connection to the Cumberland County plantation. His great-grandfather, Rev. Jacob Randolph Sr., was born into slavery at Ampthill in 1859.

“His mother died when he was fairly young, around 3 or 4 years old,” Reid said. “It does make me sad to think of him being there and not having his mother with him. I think about how much strength it took for him and I’m grateful that in that moment, where he could’ve been completely hopeless, he was able to hold on.”

In 2019, 160 years after his great-grandfather was born on the Cumberland County plantation, Reid was able to document the grounds and preserve them for future generations.

“Right now in our official state record only 1 % of documented historic sites are categorized as having any African American historical significance and we know that is grossly underrepresented,” Reid said.

As the documentary shows, and both Reid and Hedlund emphasize, the Ampthill slave quarters illustrate the challenges of documenting these kind of dwellings. Previous owners thought one of the structures was a post-Civil War weaver’s cottage. But an expert quickly identified it as a pre-Civil War slave dwelling.

“It’s impossible to put a number on it, but I’m sure there are structures out there that were once slave dwellings and the current owners have no idea,” Hedlund said. “Our work doesn’t end with these initial dozen former slave dwellings. If the opportunity arises and we find new ones, we would like to document them as well.”

The project also shows that slave dwellings weren’t limited to rural settings and plantations. Hedlund and his team also documented former slave dwellings in urban environments, such as  Alexandria and Richmond.

Lastly, Hedlund and his colleagues hope that the virtual tours make their way into the classrooms not only in Virginia, but perhaps even beyond the Commonwealth.

“The educational community has always been a primary focus for the work we present.  It’s important to educate. These digital resources hopefully will add to a more inclusive history of Virginia. Up until as recent as the 80s, textbooks in schools would teach our children enslaved people had a good life, that being enslaved was somehow beneficial. This project adds to a truer depiction of Virginia history and with the resources we provide it’s now possible for students to take virtual field trips to these homes.”