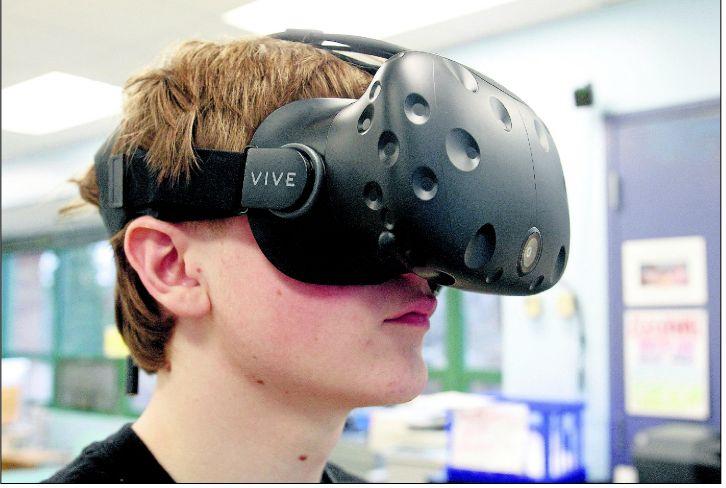 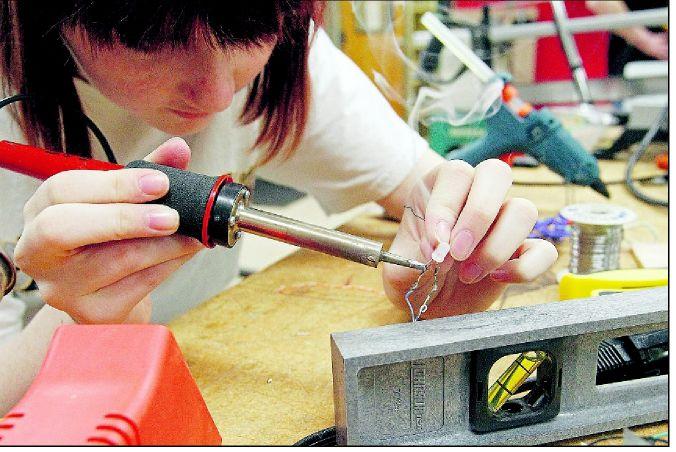 Lilli Shelton works on a piece for the virtual-eality project at Murray High School. Murray is one of 20 schools nationwide participating in a maker curriculum partnership with the Massachusetts Institute of Technology. 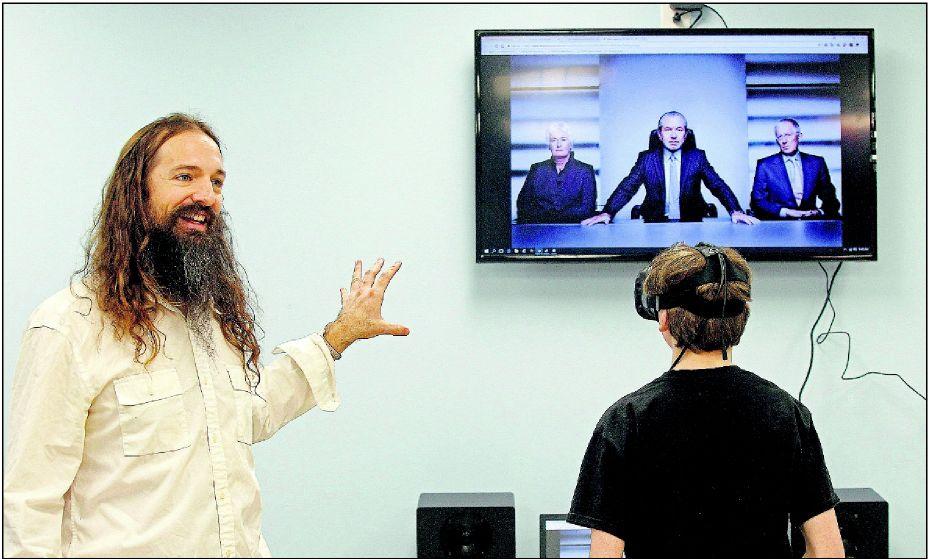 Lilli Shelton works on a piece for the virtual-eality project at Murray High School. Murray is one of 20 schools nationwide participating in a maker curriculum partnership with the Massachusetts Institute of Technology.

The project at Murray High School is part of a Massachusetts Institute of Technology-backed initiative, for which only 20 schools nationwide were selected to find ways to push the maker curriculum further into classrooms.

The overall objective is to develop both curriculum and teaching practices with this project that can be shared not just with schools in the county, but with other divisions nationwide.

Murray High students have been working on a maker project that incorporates the skills and knowledge they need to successfully navigate a job interview.

"It originated with the notion of job interviews and just preparing for the real world," said Chad Ratliff, Murray's principal.

The maker curriculum, or the maker approach, is the ability to access tools, materials, resources and expertise to actualize students' ideas.

Murray High was chosen to be a part of the initiative because of earlier connections between the Albemarle school division and MIT, said Ratliff and Diane Brancazio, an instructor at MIT.

The schools that were selected had to meet certain criteria, including having a maker space in the school and an administration that is committed to implementing the maker model into the core curriculum, Brancazio said.

So far, the students have been researching the most effective job interview tactics and strategies. They'll incorporate that with the virtual reality setting to simulate a job interview.

The maker model aspect of this project taps into areas such as student-led research, creation, critical thinking, creativity and communication.

"We've more or less been trying to simulate the average interview just in terms of what questions would be asked, what the general environment would look like both visually and just sort of mentally, like the kind of mindset you would want to have going in there," said Max AWalpole, a junior at Murray.

While this would not be a practice run for an actual job interview, it would include the basic elements and ideas behind one, said Sally Swope, a junior at Murray.

"And that would give kids at least ideas of how to go into the interview, what to do, what not to do, what to wear, stuff like that," she said. "Just the very basics, so that when you have an actual interview, you're like, 'Oh, I know this and I did my research and I have to do a few other things,' but it's the very basics and I think even that is very helpful for some kids."

One of the reasons the students picked job interviews for this project was because they feel there should be preparation for it before they actually apply and interview for jobs -whether it's in high school or later in life.

"I think a lot of people, probably myself included, had to learn a few things about the job interview the hard way," said Dustin West, a Murray teacher who is helping the students with the projects.

And while the end goal is a finished project, Ratliff said the process itself fulfills most if not all of the ideas behind the maker model.

"The value in maker-centered learning is the process itself, and through that iterative design and the thinking about your own thinking and collaboration and all those things — that's the inherent value," he said. "So, it's not that [virtual reality] is making, it's the way that this class is thinking about it. The students own the experience."

The students will continue to work on their project throughout the school year.

"The value in maker centered learning is the process itself, and through that iterative design and the thinking about your own thinking and collaboration and all those things — that's the inherent value." -Chad Ratliff, Murray High School principal