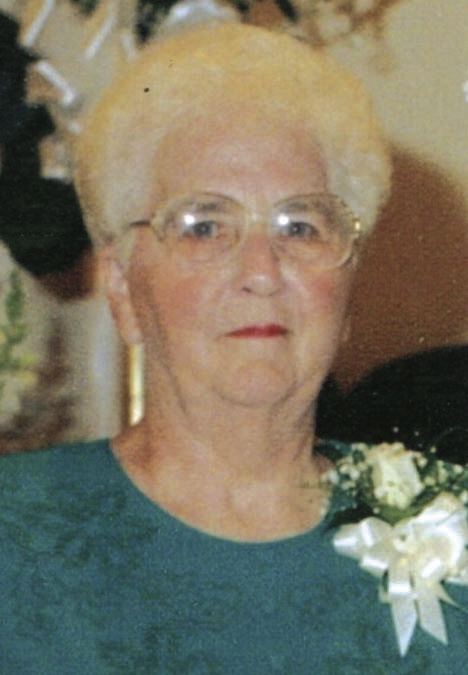 Mary Gipson Harlow, 93, of Spicers Mill Road, Orange, died on Tuesday, October 15, 2019, at the Dogwood Village of Orange. Born on July 10, 1926, in Madison Run, she was the daughter of the late James Robert Gipson and Mabel Hicks Gipson. She was also predeceased by her husband, James D. Harlow; two daughters, Donna Elaine Chewning and Judy Carol Moubray; six brothers, Frank, Walter, James, Edward, Thomas, and Clifton Gipson; and two sisters, Thelma McClendon and Nellie Hall. She is survived by five daughters, Mary Ellen Thurman of Orange, Ann H. Riordan and husband, Bruce, of Orange, Brenda Gayle Thacker of Mineral, Janet Faye Talley and special friend, Lindsay Noel, of Louisa, and Mabel Harlow Twyman and husband, Edwin, of Madison; son-in-law, Warren Chewning of Orange; 13 grandchildren, a number of great-grandchildren, one great great- grandchild; and one sister, Janice Lutz of Orange. A funeral service was held on Sunday, October 20, 2019, at 2 p.m. at the Preddy Funeral Chapel, Orange, interment was held at the Graham Cemetery. The Rev. Alan Miller officiated. The family received friends one hour prior to the funeral at the funeral home. In lieu of flowers, memorial contributions may be made to the Dogwood Village of Orange, 120 Dogwood Lane, Orange, VA 22960. Preddy Funeral Home of Orange is assisting the family.

THE HERITAGE INN OF CHARLOTTESVILLE