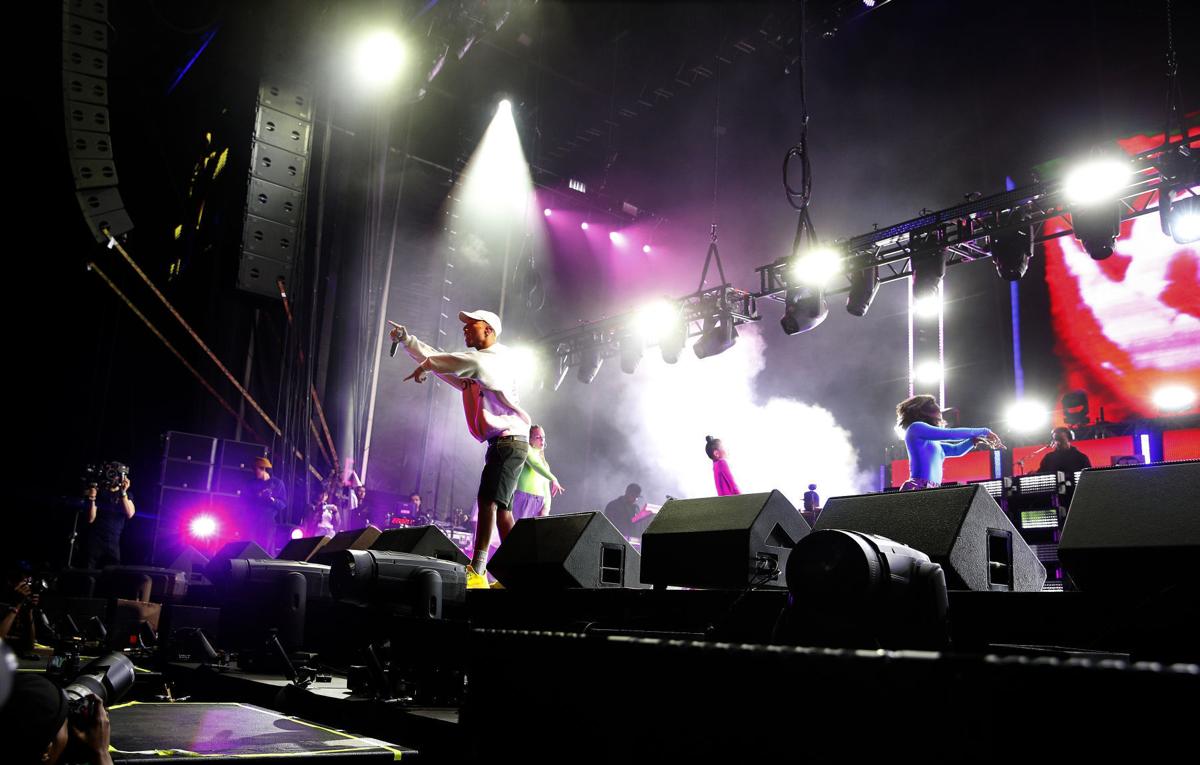 Pharrell Williams performs at Something in the Water. 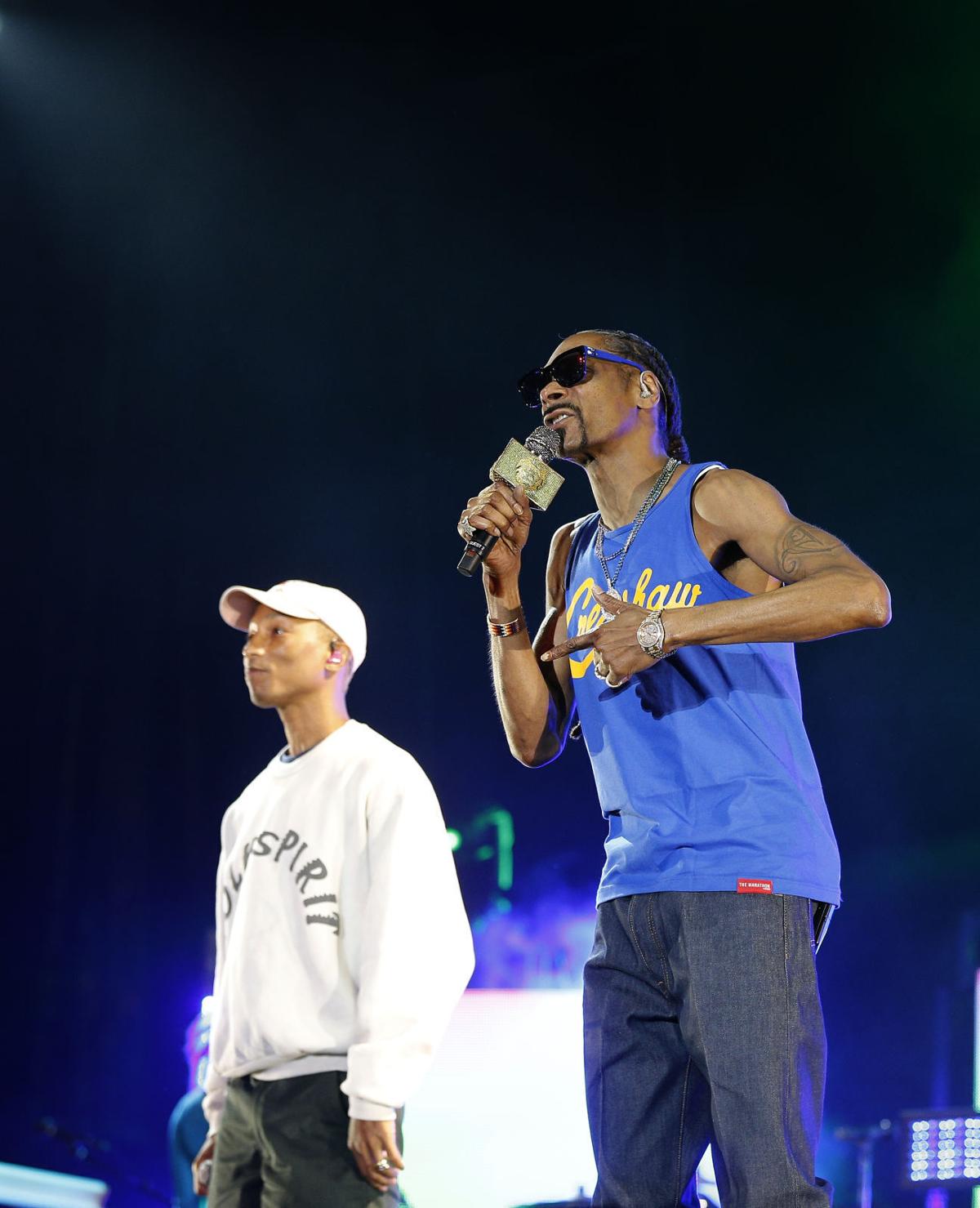 Snoop Dogg performs with Pharrell at Something in the Water.

Pharrell Williams has reeled in a boatload of awards as a recording artist and producer. But the Virginia Beach native’s greatest hit may have been the 2019 Something in the Water music festival on that city’s waterfront.

Thanks to Williams’ star power in attracting a Who’s Who of artists — including Jay-Z, Snoop Dogg, Usher and Tyler the Creator — Something in the Water dulled harsh memories of Virginia Beach’s 1989 Greekfest clash of Black college students, police and National Guard members, and more recent troubles associated with College Beach Weekend.

Williams was lauded as the masterful maestro of a peaceful, profitable endeavor whose goal was to unite the community and celebrate the city’s diversity. Everyone involved prepared to do it all over again when the pandemic permitted.

But last March, Williams’ cousin, 25-year-old Donovon Lynch, was fatally shot by Virginia Beach police during a night of violent unrest. Williams is unhappy with the city leadership’s response. He indicated in an open letter to Virginia Beach City Manager Patrick Duhaney that he is pulling the plug on plans for a 2022 Something in the Water.

“When we did the festival, it was to ease racial tension, to unify the region, bring about economic development opportunities and broaden the horizons of the local business community. We achieved those things!” Williams wrote. “I wish the same energy I’ve felt from Virginia Beach leadership upon losing the festival would have been similarly channeled following the loss of my relative’s life.”

He wrote that the city, for too long, “has been run by and with toxic energy” that “changed the narrative several times around the homicide of my cousin.” He also referenced what he called shifting narratives surrounding the May 31, 2019, mass shooting at a Virginia Beach municipal building.

“I sang about a room without a roof, but I am tired of kindly and politely being shown the door,” he said, adding that the city “hasn’t valued my proposed solutions.”

Something in the Water had an economic impact of more than $24 million, according to The Virginian-Pilot newspaper. So naturally, Virginia Beach officials are scrambling to mend fences.

On Sept. 29, Duhaney asked to meet with Williams ”to explore a path forward,” according to The Pilot. Virginia Beach Mayor Bobby Dyer expressed a similar desire in that newspaper to meet with the artist “and go over his concerns and see what we can do to get things back on track.”

It should never have come to this.

If the leadership of Virginia Beach failed to take seriously one of its most prestigious native sons in his moment of trauma, what odds do ordinary Black folks have of being heard under similar circumstances?

If Virginia Beach officials did not acquire a sense of urgency until they detected the whooshing sound of millions of dollars flying out the window, it reflects the sad extent to which Black people have historically been commodified at the expense of our humanity.

As Something in the Water showed, music not only brings in the cash; it can bring us together. The collaborative spirit and positive vibes of this festival were a platform to build social change upon.

“Shut up and play” has become a mantra for Black athletes and entertainers who attempt to exert influence beyond their prescribed place in America. But the sports and entertainment industry has power.

The National Football League snatched the 1993 Super Bowl from Phoenix because Arizona voters refused to make Martin Luther King Jr. Day a paid holiday. The National Basketball Association moved its 2017 All-Star game out of Charlotte after North Carolina enacted its anti-transgender “bathroom bill.” And Major League Baseball pulled last summer’s All-Star game out of Atlanta in response to Georgia’s voter restriction law and its potential impact on people of color.

There may not be a Something in the Water next year, but something is in the air. It’s as if Virginia Beach officials are realizing, belatedly, that this is an opportunity that they cannot afford to squander.

Williams flexed his muscle, and his hometown leaders blinked. Moving forward, they must listen and learn; Williams, for his part, should establish preconditions to further enhance his beloved hometown.

Michael Paul Williams is a Pulitzer Prize winning columnist with the Richmond Times-Dispatch in Richmond, Va.; read more of his columns on Richmond.com.

Williams: Our democracy is being torched. A survey out of UVA suggests many voters are willing to watch it burn.

A falsehood-fed fire is engulfing American democracy, where more than half of Trump voters  -- and 4 out of 10 Biden voters -- support secession from the union.

If you’ve traveled to the Oceanfront by way of Interstate 264, you were undoubtedly greeted upon arrival by a McDonald’s restaurant that’s become something of a landmark.

The words spell it in a post on the Something In The Water Music Festival’s Facebook group: “We want to be a part of the SOLUTION.”

Williams: Freedman Joseph R. Holmes was murdered on the steps of a Virginia courthouse. A new marker tells why his life mattered.

Michael Paul Williams — a columnist with the Richmond Times-Dispatch in Richmond, Va. — won the 2021 Pulitzer Prize in Commentary "for penetrating and historically insightful columns that guided Richmond, a former capital of the Confederacy, through the painful and complicated process of dismantling the city's monuments to white supremacy."

Pharrell Williams performs at Something in the Water.

Snoop Dogg performs with Pharrell at Something in the Water.