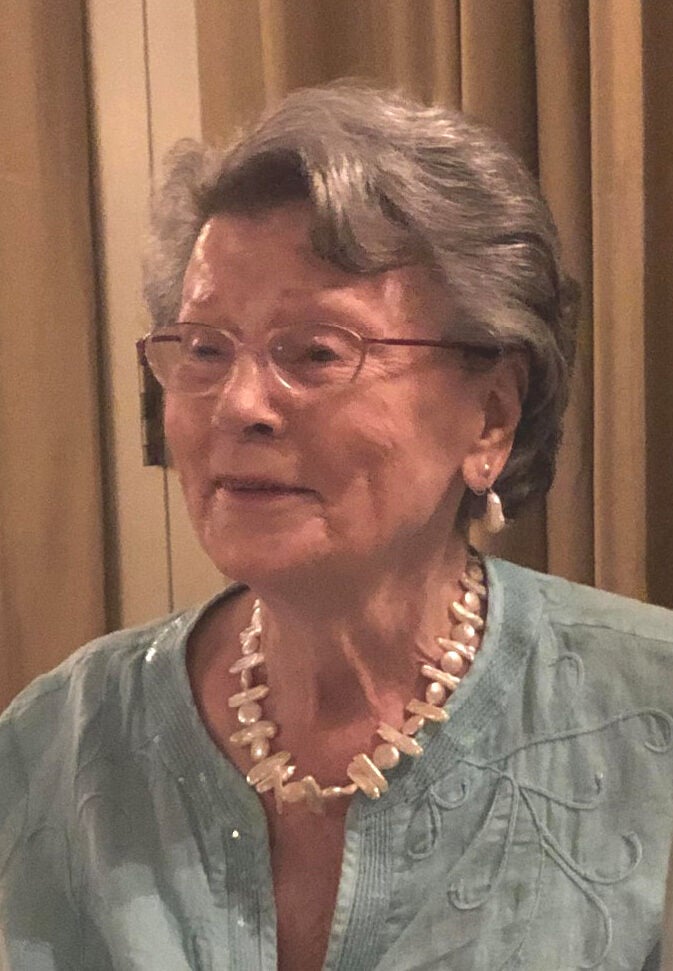 March 1, 1929 - July 18, 2020 Jean Davis Sherman, age 91, died on Saturday, July 18, 2020, at her home in University Village in Charlottesville, Virginia. Mrs. Sherman lived a life of generosity to her family, through her work, and by means of a lifetime of volunteer commitments. She started or led numerous enterprises, including the ongoing Person-to-Person in Fairfield County, Connecticut; a leading nursery school in Darien, Connecticut; and a community nursery school and other church initiatives in Nantucket, Massachusetts. She was devoted to creatively nurturing young children and to helping society's vulnerable populations, while maintaining the highest integrity and standards. Since 2005, when Mrs. Sherman and her husband moved to Charlottesville, she had spent November through May in Virginia and June through October in Nantucket. She had relocated to Nantucket in January, 1982, from Darien. Previously she and her family lived in Houston, Texas from 1957 to 1965; Danbury, Connecticut from 1954 to 1957; and Arlington, Virginia from 1951 to 1953. Born in Piermont, New York on March 1, 1929, she was named Jean Katherine Davis, and her parents were James Porter Davis and Mabel Bott Davis. The family moved to Washington, D.C. in 1933, where she attended John Eaton Elementary School, Alice Deal Junior High, and Woodrow Wilson High School, from which she graduated in 1946. At the start of World War II, her three older brothers enlisted in the Army. In 1944, her oldest brother, James Porter Davis Jr., was killed at St. Malo, France, and the youngest, Ted Davis, was taken prisoner of war by the Germans at the Battle of the Bulge. In her early teens, Mrs. Sherman volunteered at the Red Cross to roll bandages and for airplane spotting in Washington, D.C. When she was old enough, she was employed during summers as a clerk-typist in war agencies of the Government. She attended Wesleyan Conservatory and School of Fine Arts in Macon, Georgia where she majored in Music Education and was editor of the school yearbook and was voted one of the four 'superlatives.' She graduated with a Bachelors degree in 1950. Starting in 1950, she was the Assistant Organist and Director of the St. Cecilia Choir at St. Alban's Church in Washington, D.C. and worked in the Department of the Interior. On June 16, 1951, she married William Robert Sherman. The couple moved to Arlington, Virginia, and their two daughters were born in 1952 and 1953. In 1953, her husband graduated from George Washington University Law School with a Juris Doctor in law and accepted employment as a patent attorney with Schlumberger in Ridgefield, Connecticut. The family moved to Danbury, where their first son was born. Jean also joined the Danbury League of Women Voters and served as President of the local chapter. The family moved again, to Houston, Texas where their youngest son was born in 1957. Mrs. Sherman taught at St. Francis Episcopal Day School and then became Curriculum Development Supervisor at one of the first Headstart programs, with 555 children at five centers in Houston. In 1965, the family moved to Darien, Connecticut. The Sherman family became very active in St. Luke's Episcopal Church, helping with the Sunday school, the Music Program and serving on the Vestry. When Martin Luther King Jr. was assassinated in 1968, the Rector, Dr. Robert Nelson Back, asked Mrs. Sherman to design a local outreach program that would give the parishioners an opportunity to express their concern. After much research in the larger area of southern Connecticut, she designed, named and served as first Director of the Person-to-Person (P2P) program, which has continued to thrive in its many elements of outreach in the area. After resigning as head of P2P, Mrs. Sherman enrolled in the Master of Arts Program in Counseling at Fairfield University and received her Masters' degree in 1975. She then served as Director of Noroton Presbyterian Nursery School until 1982, when her husband retired from Schlumberger and the family moved to Nantucket. In the next 12 years, Mrs. Sherman worked at the Nantucket Counseling Service (NCS) as a licensed Marriage and Family Therapist and also as a licensed Mental Health Counselor. She engaged in and later became Director of the Early Childhood Development Program, which sponsored groups in child development and parenting skills, and guided behavior and individual counseling for parents of young children. She served as Facilitator for caregiving, stress, and life issue groups co-sponsored by NCS. For six years, she taught the Driver Alcohol Education Program funded by the state of Massachusetts. She wrote the curriculum and edited the handbook used in the class, later adopted as a prototype by a Federal agency that recommended it to the 50 states. She resigned from NCS in 1995 and continued in private practice for the next ten years. While in Nantucket, Mrs. Sherman was active in St. Paul's Episcopal Church, serving on the Vestry twice, and on the rectory and the parish house renovation committees. She also founded St. Paul's Cooperative Nursery School and served as Chair of the Music Committee and of the Cottage Committee. In 2005, she and her husband Bill moved to Charlottesville, Virginia, living there in the winter and returning to Nantucket each summer. She is survived by her beloved husband of 69 years; their four children, Susan Sherman Karplus, Nancy Jean Sherman, William Howland Sherman and his wife, Nicole, Thomas Sherman and his wife Lisa; eight grandchildren; and one great-grandchild. Any donations may be sent to St. Paul's Episcopal Church, 20 Fair Street, Nantucket, MA 02554, (508) 228-0916.

To plant a tree in memory of Jean Sherman as a living tribute, please visit Tribute Store.
+1
Plant a tree
+1

Enter a full name, a last name (confirm the spelling) and/or keywords in the search box.

If your search is unsuccessful, try removing the first name. The person's known name may not be the name on record.

Try adding quotation marks to a keyword phrase for an exact match, or simply search by date or date-range for broader results.