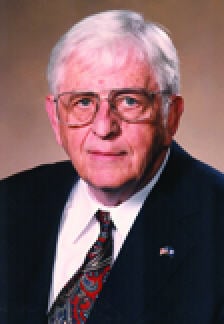 William Seabirt Roudabush William Seabirt Roudabush, 86, of Albemarle County, passed away on Friday August 1, 2014, at his home. Born on May 12, 1928, in Charlottesville, he was the son of the late William Seabirt and Marian Houchens Roudabush. Mr. Roudabush attended Clark Elementary School and graduated from Lane High School in 1946. After serving in the United States Army on a tour of duty in Japan, he enrolled in the University of Virginia, and graduated in 1954 with a degree in Civil Engineering. While at UVA he was a member of the Delta Upsilon Fraternity and the Trigon Engineering Society. In 1956, as a licensed land surveyor Mr. Roudabush began the land surveying and engineering firm of W.S. Roudabush Jr., Inc. which is now known as Roudabush, Gale and Assoc., Inc. He was a past member of the Albemarle County Electoral Board, County Board of Zoning Appeals, County Planning Commission, served on the Albemarle County Board of Supervisors from 1976 until 1980 and served as the Culpeper District member of the Commonwealth Transportation Board from 1994 to 1998. Mr. Roudabush was a charter member of the Monticello Chapter of the Virginia Association of Surveyors. He was Past Master of Charlottesville Masonic Lodge No. 55, Past President of the Piedmont Shrine Club, Exalted Ruler and Trustee of Elks Lodge 389, and a member of the Fraternal Order of Police and the Veterans of Foreign Wars. He is survived by his wife, Helen Dickens Roudabush; his daughter and son-in-law, Marilynn and Tom Gale; daughters, Joyce and Karen Largen; sons and daughters-in-law, John and Jackie Largen, David and Gabriela Largen; grandchildren, Duncan Gale, Kelly and Amy Van Deusen, Scott and Emilia Largen, and Seth Stephen. Visitation will be held on Tuesday, August 5, 2014, from 7 until 8 p.m. at Hill and Wood Funeral Home. A funeral service will be held at 1:30 p.m. on Wednesday, Wednesday, August 6, 2014, at Elks Lodge 389 with interment to follow at Monticello Memory Gardens. Memorial contributions may be made to the Elks Youth Camp, c/o BPO Elks Lodge 389, 389 Elk Drive, Charlottesville, VA 22911 or to the Charlottesville SPCA, 3355 Berkmar Drive, Charlottesville, VA 22901. Friends may send condolences to his family at www.hillandwood.com

I am so sorry to hear of your loss Helen. It was just a couple of weeks ago that we had dinner together at the Elks. My thoughts and prayers are with you.

Thanks for Your Military Service to Our Country.