Diane Worth Marks, known by all as "Missie" died peacefully on September 8, 2019, in Charlottesville, Virginia. She was born in White Plains, New York, on March 11, 1933, adoring daughter of Robert Donald Worth and Phyllis Hartmann Worth and sister to Rosemary Worth Collins, all deceased. She was a devoted wife for six decades to Neal Davidson Marks and loving Mother to Heather Marks Smith of Charlotte, Rosemary Marks DiMonte (Riccardo) of Chicago, Russell Preston Marks (Kim) of Charlotte, and Diane Neal Marks "Nealy"(Al) of Charlottesville; and Grandmother to Courtney Smith, Andrew Smith, Will Smith, Michael Charny, Ethan Charny, Giancarlo DiMonte, Margarita DiMonte, Ryan Marks, Jacqueline Marks, Dehn Rogan and Arleigh Rogan. Missie attended St. Anne's Belfield in Charlottesville and graduated high school from Dobbs now called The Masters School in Dobbs Ferry (N.Y.), attended Colby Junior College, now Colby-Sawyer College (N.H.). Her family moved from New York to Virginia in 1940 to Marsh Run in Somerset, Virginia. One of the first women to step into the ranks of leadership in Sales, Marketing and Public Relations for the Hospitality Industry, Missie was in management at The Boar's Head Inn in Charlottesville for 20 plus years. She went on to assume a similar role for Wintergreen Resort and retired in 1997. Missie played a key role in initiating and supporting state tourism activities throughout her career. She served on the Governor's Board of Travel of Virginia 1974 -78, was the President of the Hotel Sales Management Association Chapter of the Virginias 1974-75, served on the Virginia Travel Advisory Committee from 1982-86, was a member of the Board of Trustees, Virginia Museum of Natural History from 1988-92 and a long-term member of the Public Relations Society of America, Richmond Chapter Association for which she served as President for several terms in the 1970s. As a member of the Virginia Board of Travel, Missie attended the grand opening of the Charlottesville Bicentennial Center in 1976 and was presented with other members to Her Royal Majesty Queen Elizabeth II, a visiting honored guest. Prior to her career in the hospitality industry, she was a grade schoolteacher at Grymes Memorial School in Orange Virginia where she taught kindergarten and athletics in the early '60s. Beyond her professional career, her family is proud of her many accomplishments and talents to include Master of the Hunt of the Somerset Bassets, hunter/jumper competitor, hound handler and an able bodied seawoman who sailed with her father in the Atlantic throughout her youth and young adult years. Missie's notable hobbies and interests included raising basset hounds and rescuing stray dogs (of which she had many), set design through college (which she always wished she'd pursued further), playing bridge, tennis, creating magnificent flower arrangements and grand scale holiday decorations at the Boar's Head Inn. The family will have a private memorial service for Missie in the Spring to celebrate her life. In lieu of flowers, the family asks that donations be made in her honor to the Charlottesville Albemarle SPCA and the American Diabetes Association. 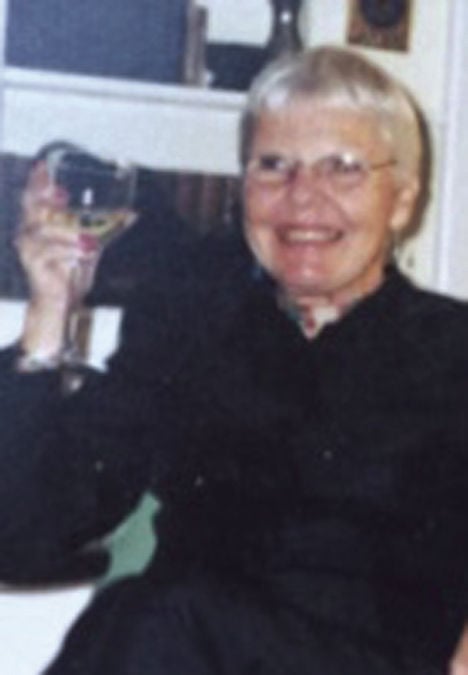