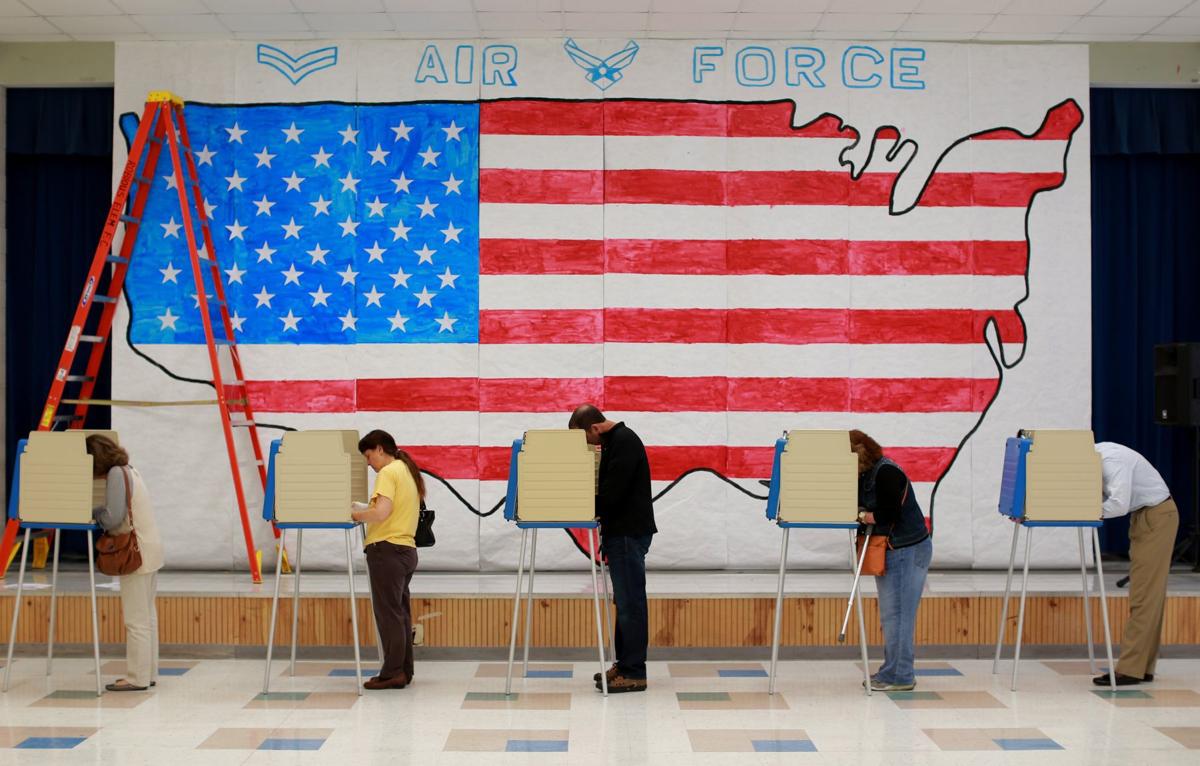 Voters cast their ballots in front of the stage decoration for a Veterans Day event at Robious Elementary School in Chesterfield County in November 2014. 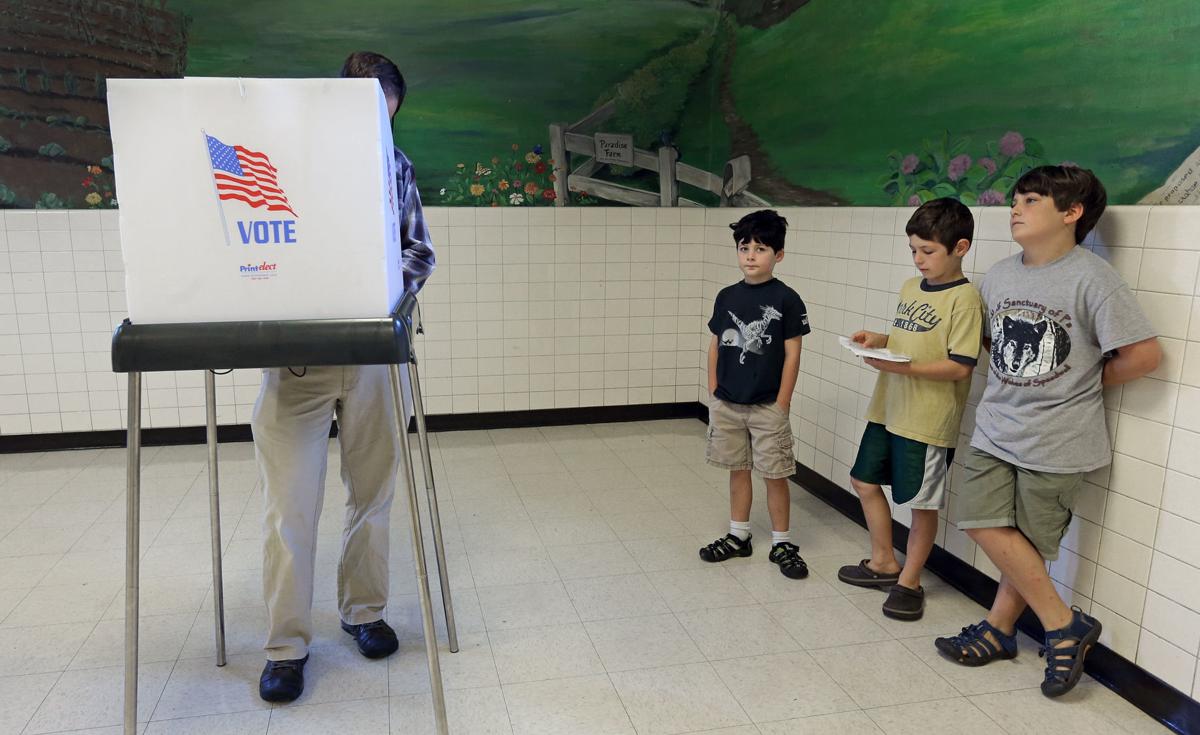 Brothers Kiel (from right), Baker and Mac waited for their father, Matthew Mahoney, to vote at the Tuckahoe Elementary School precinct in November 2015. The boys had the day off but ended up at school so their dad could vote.

The Virginia House of Delegates voted Tuesday to require all public schools to treat Election Day as a school holiday.

The bill, pitched as a school safety measure that would prevent interactions between voters and children, was approved on a 97-1 vote.

“It’s impossible for the schools to properly screen each individual entering the building without slowing down the voting lines,” said Del. Paul Krizek, D-Fairfax, patron of House Bill 1752. “This creates a security concern because it potentially allows strangers unwarranted access to the school building.”

The bill — a recommendation from the school safety committee that House Speaker Kirk Cox, R-Colonial Heights, established after last year’s school shooting in Parkland, Fla. — had wide support as it made its way through the House. The Virginia Education Association backed the idea during a committee hearing last week, saying it also would protect teachers.

“It helps give them more opportunities for different spaces within the schools and less problems with traffic and parking and all that stuff,” said Del. Steve Landes, R-Augusta, the chairman of the House Education Committee.

The Virginia School Boards Association raised concerns that the bill might be too broad. “The bill shuts down every school in the commonwealth. And not every school in the commonwealth is used as a polling place,” said Stacy Haney, a lobbyist for the School Boards Association. “So you might be going a little farther than you need to go.”

Del. Mark Cole, R-Spotsylvania, the chairman of the House Privileges and Elections Committee, was the only delegate who voted against the bill. In an interview, he said it needed more fine-tuning to cover more types of elections. “I don’t object to the intent of the bill,” Cole said. “I just thought that it wasn’t ready for prime time yet.”

The bill that passed Tuesday only applied to general elections in November, which attract the most voters.

Separate legislation filed for a similar school safety purpose would move back the dates of June primaries until after schools let out for summer. That bill, which has not come up for a vote, would move the primary date from the second Tuesday in June to the third Tuesday in June.

The Senate has shown less willingness to tinker with schedules to keep students and voters separate, voting 22-18 on Monday to reject its version of the bill — Senate Bill 1243, sponsored by Sen. Bryce Reeves, R-Spotsylvania — to push the June primaries back a week

Sen. Scott Surovell, D-Fairfax, said he was concerned about pushing primaries further into the summer, noting that many parents take their families on vacation as soon as school’s over.

“If you want to have a primary where only the elderly are participating, this is your bill,” Surovell said. “If you want an incumbent protection act, this is your bill. Because the only thing we’re doing is getting the vote turnout down to where nobody’s going to vote except for really, really old people.”

Some lawmakers asked if the school-closing rule could be applied to local elections held in May. That idea was set aside due to possible complications, such as a May election in a town requiring all schools in a county to close.

The bill doesn’t require schools to shut down altogether, giving localities the ability to hold teacher work days during an election.

The House also voted Tuesday to approve several other school safety measures intended to beef up security plans, training and relationships with law enforcement. Another bill that passed would require school counselors to spend 80 percent of their time during school hours interacting directly with students.

Voters cast their ballots in front of the stage decoration for a Veterans Day event at Robious Elementary School in Chesterfield County in November 2014.

Brothers Kiel (from right), Baker and Mac waited for their father, Matthew Mahoney, to vote at the Tuckahoe Elementary School precinct in November 2015. The boys had the day off but ended up at school so their dad could vote.