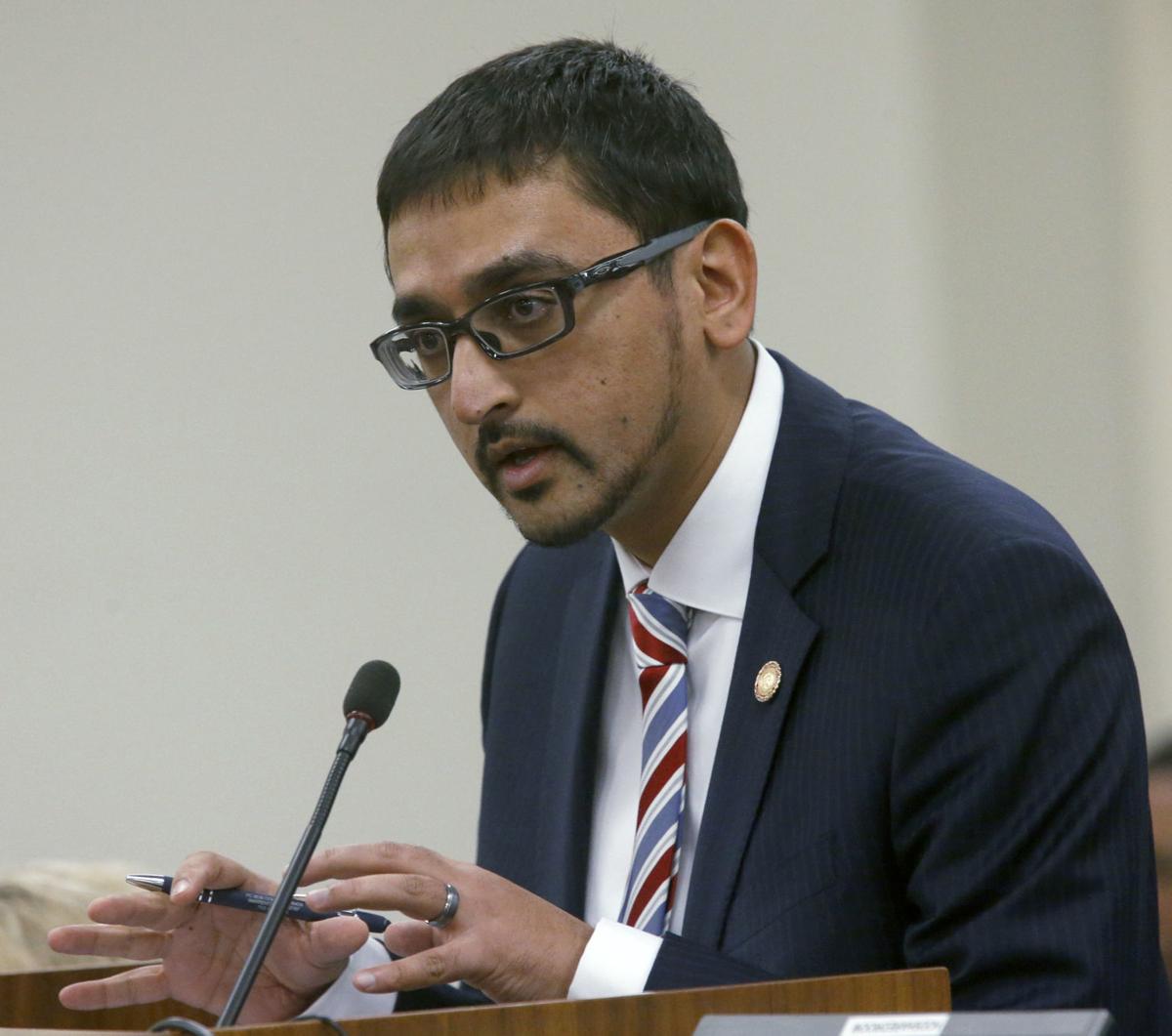 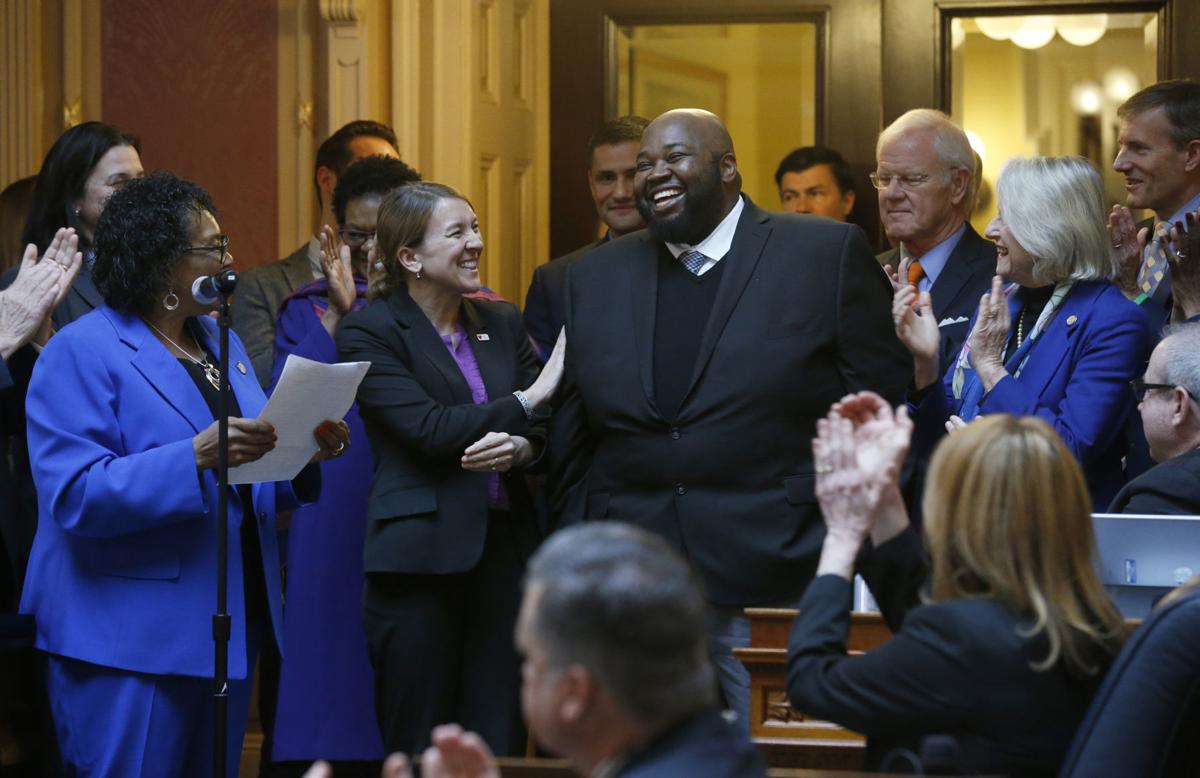 Amid calls for racial justice, Virginia is set to consider requiring teachers to get a certificate in African American history.

RICHMOND — Amid calls for racial justice, Virginia is set to consider requiring teachers to get a certificate in African American history.

The Commission on African American History Education, a group Gov. Ralph Northam assembled last year, is making the recommendation in its upcoming report, Secretary of Education Atif Qarni said in an interview. The report and landmark recommendation comes during a racial reckoning in Virginia and around the country, with protesters highlighting the disparities in education among other issues after the killing of George Floyd in the custody of Minneapolis police.

The full story of the country’s history is not being told in Virginia classrooms, members of the commission said. Having teachers trained and studied on the subject is one way to fix that, they said.

“We want to make sure that we give a full perspective of our history and that’s just not been done,” Qarni said. “We talk about freedom and justice and spreading democracy throughout the world. I would argue that a lot of those principles came from the struggles of African Americans throughout our history and that history is not being told in our classrooms.”

Qarni said he is unaware of any other states that have such a requirement, which the Northam administration is “seriously considering.”

Jennifer Thomsen, policy director for Education Commission of the States, which analyzes education policy across the country, said the Colorado-based organization has seen some professional development and educator preparation program coursework requirements related to cultural competency, but is not aware of a state requiring a specific certificate.

A teacher certification is a recognition that an educator has fulfilled a process to teach in a given area after successfully completing coursework or tests in a specific area.

The idea for an African American history certification started in conversations about a class on the subject the Virginia Department of Education is creating for high school students. That class is scheduled to launch this fall, Education Department spokesman Charles Pyle said.

“We just don’t have enough teachers that are certified or have the background knowledge to teach the course,” Qarni said.

While the state-created class is for high school students, the certificate requirement would be for teachers in K-12, said Qarni, who taught civics and U.S. History in Prince William County before Northam tapped him to lead the administration’s education efforts.

The state is looking to colleges to help teachers get the certification.

Andrew Daire, the dean of Virginia Commonwealth University’s School of Education, said his school and others will need to incorporate the teaching into their programs with students not adequately learning about Black history in their K-12 education. He called it a “important” recommendation.

“We’re going to have to provide those opportunities in our teacher prep programs in order for our teachers to effectively teach it,” he said.

It’s not yet clear whether the certification requirement would be for just new teachers or educators already in the workforce as well.

“There will definitely need to be some professional development opportunities for teachers teaching in that area to come back and learn and get those competencies,” said Daire, who also serves on the commission. “There’s going to be have to be some sort of a mechanism for us to backfill the teachers who are already out there in the field to make sure that they’re effectively teaching that content.”

A separate recommendation from the commission would call for amending the state’s license endorsements for history where applicants would have to show evidence of studying Black history.

Northam created the commission in August 2019, six months after reports emerged of a racist picture of a person in blackface and another in a Ku Klux Klan robe on the governor’s medical school yearbook page. The chief executive, who immediately faced mass calls for his resignation, initially admitted to being in the picture, but denied it the next day.

“The history of African Americans in Virginia, and our nation, is difficult, complex, and often untold,” Northam wrote in his executive order establishing the commission. “A robust understanding of this important history and its continuous influence on our communities today should be an essential component of the knowledge gained by every Virginia student.”

Virginia has had learning standards for history since 1995. State policymakers regularly update them and the commission, according to Northam’s executive order, has been tasked with making technical recommendations to the standards.

Commission members said that review has not found egregious examples of misinformation in the state’s standards, although an elementary school textbook came under fire in 2010 over its claim that thousands of Black people fought for the Confederacy in the Civil War. Rather, the standards do not tell the full story of Black oppression and contributions, they said.

“None of us have been educated in our K-12 experience in a manner that even comes close” to highlighting the contributions of African Americans and people of color,” Daire said. “We’ve all been educated in a manner to hide or ignore the factual realities of our history of racial injustice and we’re all inhaling the smog of a society that’s built on white supremacy that is promulgated and upheld.”

The panel has also looked at professional development and culturally responsive practices, among other things.

“We can’t tell the story of America without telling the story of the contributions of Black people,” said commission member Rodney Robinson, a Richmond teacher who was named National Teacher of the Year in 2019. “There’s a lot of work to be done.”

The 34-member commission initially faced a July 1 deadline for its findings and recommendations, but that was pushed back to Sept. 1 because of the coronavirus pandemic.

Charlottesville and Albemarle teachers have worked this spring and summer to update history curriculum, and will test out new lessons in the coming school year.

Amid calls for racial justice, Virginia is set to consider requiring teachers to get a certificate in African American history.