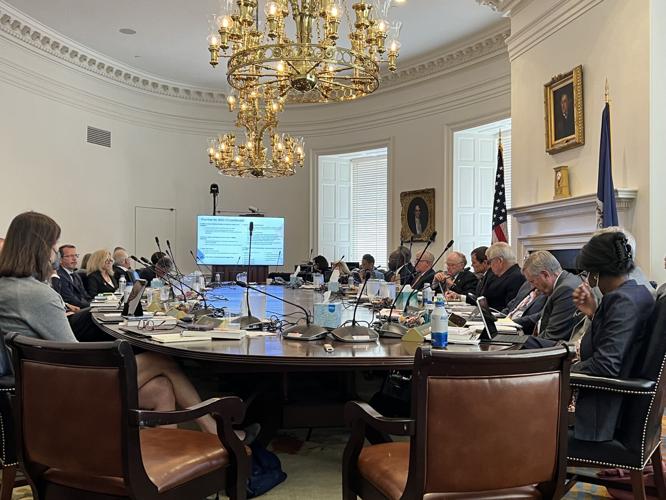 The UVa Board of Visitors, including a faculty representative and a student representative, met on Thursday and Friday to discuss UVa business and a tuition rebate for students. 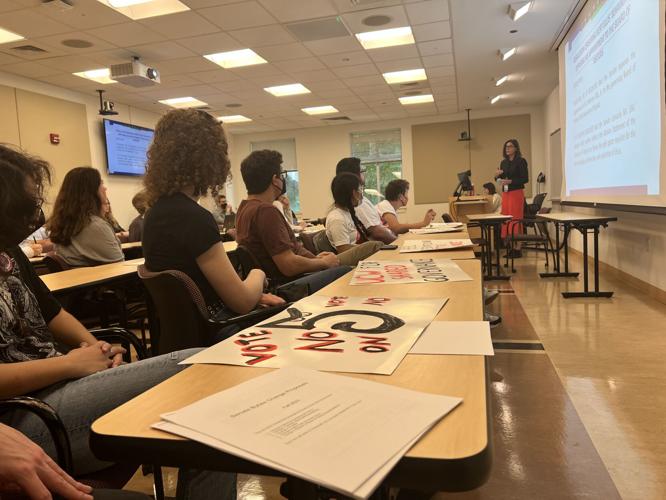 The Faculty Senate at the University of Virginia voted to grant the Board of Visitors the final say in deciding who is appointed as the non-voting faculty representative to the Board for the academic school year. Prior to the vote, the Faculty Senate elected an individual of its own campaign and choosing to sit in the position.

The Senate voted to elect a slate of three proposed faculty representatives to determine which one will sit on the university’s governor-appointed Board of Visitors.

The change allows Board members to choose the representative they prefer among the three options proposed by the Senate instead of accepting the Senate’s single choice. This gives the Board more power to appoint a representative that best fits its agenda for the school year, Board Rector Whit Clement says.

“It has been a request over the last few years, and it really has not been observed,” Clement said.

“The vice rector has been quoted saying, in front of the executive committee of this faculty senate, that the very reason they want to be able to choose the person is so they can make sure it’s someone who is amenable to their point of view,” said Michelle Kisliuk, senator and member-at-large of the UVa chapter of the American Association of University Professors.

In a written description of the most recent bylaw changes, Faculty Senate Chair and education professor Tish Jennings wrote “a faculty representative may be chosen by the BoV by bypassing the senate entirely while still being in full compliance with this statute; this would require some interpretation of “the faculty” to perform the election.”

The Board’s interpretation of the statute created fear among some senators, including Jennings, that the Board would get rid of the faculty representative position if the Senate did not adopt the requested bylaw change.

In an effort to address some senators’ concerns that the Senate would lose its democratic independence, the bylaw amendment includes runoff elections to ensure that those on the slate receive at least 50% of the faculty vote. Those who are elected to the slate but not appointed to the Board of Visitors will serve as alternates to sit in for the faculty representative when they are not available for meetings, input and other responsibilities.

The election process for choosing a faculty representative has been a source of controversy for at least three years.

The Board of Visitors at UVa adopted the non-voting advisory position in October 2020 when it approved a Faculty Senate bylaw amendment calling for the election of an individual representative in a 52-4 vote. Before that, the immediate past chair of the Senate automatically served as the representative for one year following their term as Chair.

Also in 2020, former chair Joel Hockensmith created an ad hoc committee of Faculty Senate executive council members to draft recommendations. The group recommended that the Senate send the Board a list of three potential faculty representatives for them to choose from. In September, the Executive Council approved the recommendations, but the Senate did not.

In 2018, the Board reappointed Mimi Riley, who was the Immediate Past Chair and subsequent faculty representative in 2017, without informing the Senate’s Executive Council. By the time the chair at the time informed the council and the rest of the Senate, it was too late to mount an objection to the board’s decision.

Before the recent Senate vote, faculty members in the UVa chapter of the American Association of University Professors wrote a letter with counterproposals and alternate solutions to the Board’s request to change the representative election process.

“One of the counterproposals was “Tell us what your priorities are, and we’ll find a candidate,” Clement said. “My response to that is we don’t necessarily know what issues are going to come up that require a shuffling of priorities.”

When asked to address some faculty concerns that changes to the election process would diminish real representation on the Board, Clement said “If you take that to the extreme, diminishment would be having no representation. That’s the concern we have.”

Although the bylaw amendment won the majority of votes in favor of the change, some senators are concerned that the Faculty Senate will lose its hard-earned independence.

“Once you have a governing board choosing a [representative], even if it was the same person that might have been elected, it changes the power relationship between the Board and that representative,” Kisliuk said. “It’s pretty clear that the Board’s motivation is about who is going to be in charge of that relationship rather than having an independent representative who’s watching and listening to what’s going on with the idea of representing the faculty’s interests.”

While the Senate has been split over the controversial bylaw amendment, Jennings says the senators have come together again to support faculty and students who are recovering from the Nov. 13 tragedy that claimed the lives of three students, injured another two and traumatized many more.

UVa and Creigh Deeds team up on gun control bill

The University of Virginia has helped craft a bill with state Sen. Creigh Deeds that would make carrying a firearm at state-owned colleges and…

The new luxury hotel at the University of Virginia’s Darden School of Business replaces the former Inn at Darden.

The UVa Board of Visitors, including a faculty representative and a student representative, met on Thursday and Friday to discuss UVa business and a tuition rebate for students.