Gordon Ramsay has a new TV series, the appropriately self-referential "Gordon Ramsay: Uncharted," and it's clearly aiming to fill the food-travelogue void left behind by the late Anthony Bourdain, the chef-raconteur whose signature moves no one can copy. Not even the great Ramsay, a man with more energy than 100 suns.

Announced a year ago, less than two months after Bourdain died, "Uncharted" was met with fierce, white-fanged criticism when the show's news release touted that Ramsay would be "discovering the undiscovered" and cooking against local chefs in some "friendly competition." A month after the announcement, Ramsay defended the project to Entertainment Weekly, saying, "God, the feeble warriors that sit in their dungeons and spout negativity without understanding what we're doing."

He then suggested that all of us wait to judge him after viewing "Uncharted."

Three episodes into the debut season, which launches Sunday on National Geographic, and I'm ready to issue some opinions: "Uncharted" presents a cuddlier, self-deprecating version of Ramsay to the public, a Michelin-starred chef who willingly turns the tables on himself so that he's the neophyte suffering for the sake of something to eat. Serving up fewer f-bombs (all bleeped) and not a single moment in which Ramsay looks like he might spontaneously self-combust into rage dust, "Uncharted" won't easily lend itself to YouTube collections of the chef's greatest outbursts.

Yet Ramsay's DNA suffuses every frame of "Uncharted." Produced by Studio Ramsay, the chef's international production company, the series isn't content with vignettes or mere glimpses into a country's culture. "Uncharted" insists on injecting a dramatic arc into every episode, so that the narrative builds to a climax over the course of an hour. The climax is usually some kind of cooking challenge in which Ramsay pits himself against a local chef (such as Virgilio Martínez, the Peruvian mastermind behind Central, No. 6 on the World's 50 Best Restaurants) or cooks for a special occasion (as when he and celebrated Moroccan chef Najat Kaanache prepare a spread for the Berber New Year).

With each episode, Ramsay uses the challenges as motivation to explore a particular food culture. He uses his bare hands to fish for big, freshwater eel, a specialty of Māori cuisine in New Zealand. He repels down a sheer rock face, with a waterfall showering him from above, to hunt for Berber mountain mushrooms. He hikes across the Andean highlands and fords streams to track down Peruvian herbs. He shows off his athleticism - and his age, 52 - as he huffs and puffs and curses his way through jungles, mountains and lakes to source ingredients.

While instructive (and amusing to watch Ramsay make a pinched face and spit out huhu grubs), these Iron Man explorations only underscore the artificiality of this brand of reality television. Ramsay's pursuits focus almost exclusively on the rural, the indigenous and the preindustrial, at the expense of a country's more sophisticated takes on cuisine. Conscious or not, Ramsay's decision to deal with old cooking cultures, each essentially untouched by the modern world, carries a whiff of Western superiority. It's not the best look for a middle-aged white dude in the 21st century.

At the same time, there's also something strangely vulnerable about "Uncharted." Vulnerability is about the last word I'd ever associate with Ramsay - a guy who has made a living off his invincibility - but you can see it in his eyes as he cooks for Berbers or those with Māori blood in their veins. Yes, he sometimes behaves as if he's competing with Martínez or Māori chef Monique Fiso, hoping to better their dishes, but it feels like an old adrenaline rush that's lost its power. Mostly, Ramsay acts as if he's seeking everyone's approval.

In those moments, you feel this wave of sympathy and affection for Ramsay, as if he were allowing us a glimpse into the inner life of a poor, working-class kid who perpetually sought the approval of his alcoholic father. Why do I suspect that Ramsay despises the idea of being an object of sympathy?

For years, you could argue, Ramsay has just been redirecting the abuse he endured as a boy onto the chefs, line cooks, managers and restaurateurs naive enough to appear on his shows. Then again, you could also argue he has been passing along his hard-earned wisdom: Ramsay learned at a young age to despise those who lied to themselves and others. He has devoted a significant chunk of his TV career to exposing professionals who deceive the public about the quality of their ingredients, their management and their restaurants. You could label his shows public service television if they also weren't vehicles to make Ramsay rich and famous.

"I'd reinvented myself, I suppose," Ramsay wrote in his autobiography, "Roasting in Hell's Kitchen." "I'm not ashamed of that. I've never tried to pretend anything else. All I knew was that I didn't want to be like [my father], and any time I came even close to doing so, I would put the fear of God into myself."

If you read his memoir, you learn that Ramsay survived his childhood by keeping his head down and working hard. Working hard and putting up with the kinds of kitchen abuse that only a certain kid can. With "Uncharted," he's still working hard, perhaps unnecessarily so. I mean, no one needs to scale a mountain to appreciate the beauty and importance of the Sacred Valley in Peru, even if it makes for good television.

But by keeping his head down, Ramsay has developed a singular focus, which has made him a brilliant chef and a keen observer of those who would betray the cause of gastronomy. Yet this trait doesn't make him a great tour guide (a role that he previously attempted with the U.K. series "Gordon Ramsay's Great Escape"). Each of his "Uncharted" episodes is devoted almost wholly to food - and to Ramsay's obsessive pursuit of it. What made Bourdain an exceptional host was his boundless curiosity, which led him to places far from the kitchen, and his humility, which graciously turned the spotlight on others.

"Uncharted," it seems to me, is the beginning of Ramsay's professional shift. The show exhibits signs of a chef moving away from the thrill of competition and the dinner-rush high of the kitchen, the stuff that has fueled his drive for so long. Ramsay may even be trying to shed a little of the body armor that he has worn like a soldier. If my instincts are right, "Uncharted" could make for compelling TV in the not-too-distant future, all without a single scream from the chef known for them.

Coolest drive-ins to visit this summer

At one time, there were about 4,000 drive-ins operating in the U.S.

SpaceX crew returned to Earth and other space news you missed 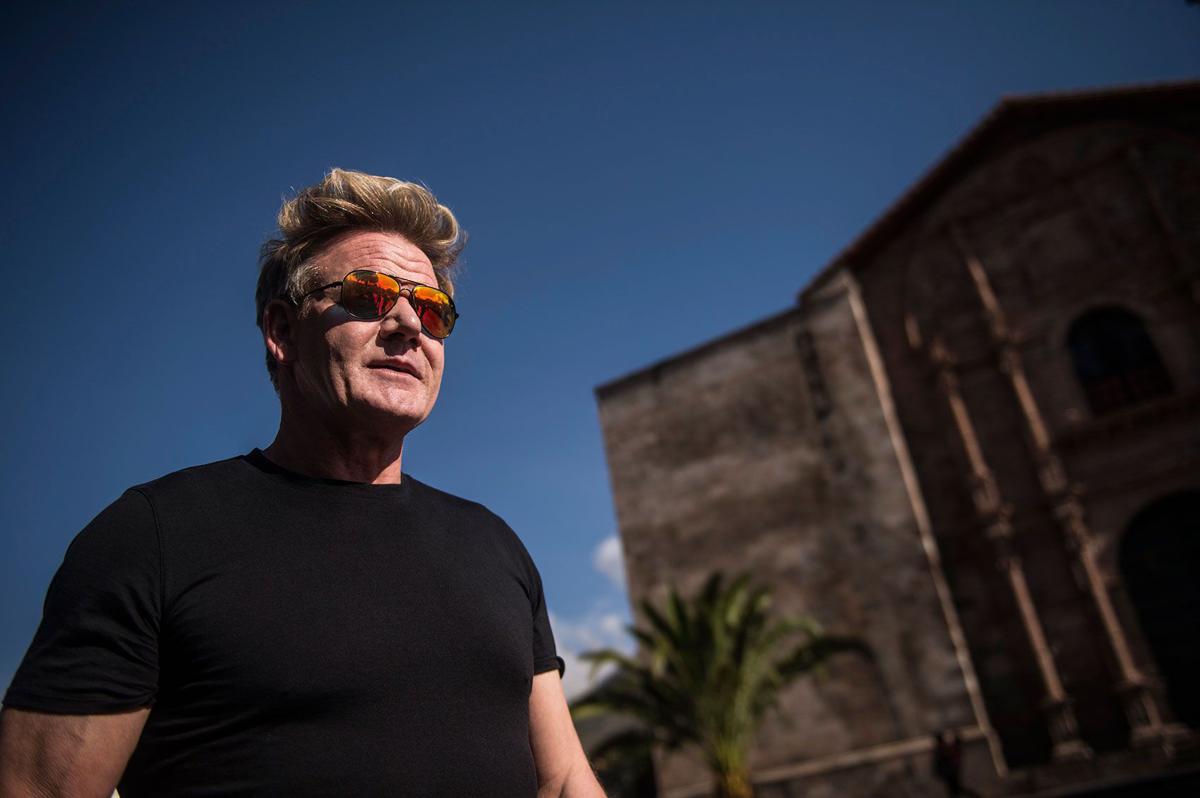 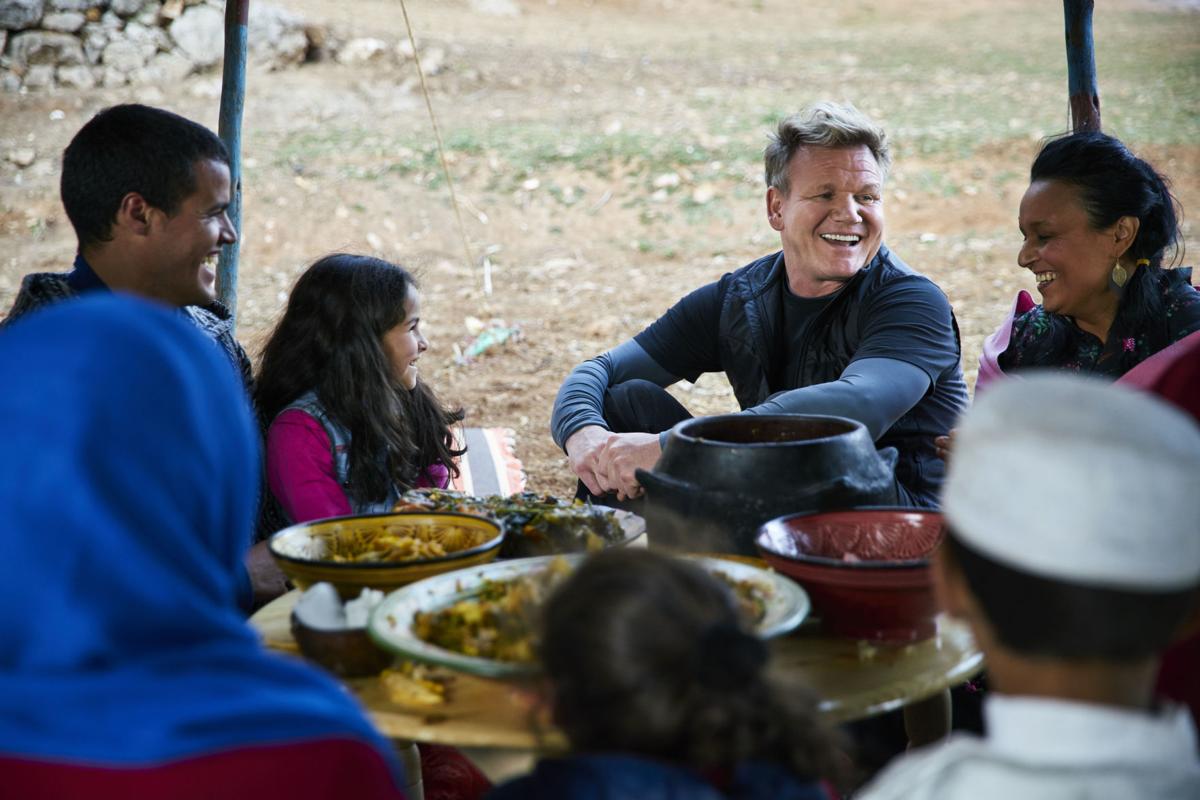 Gordon Ramsay and Moroccan chef Najat Kaanache, right, celebrate with locals during a feast for the Berber New Year. 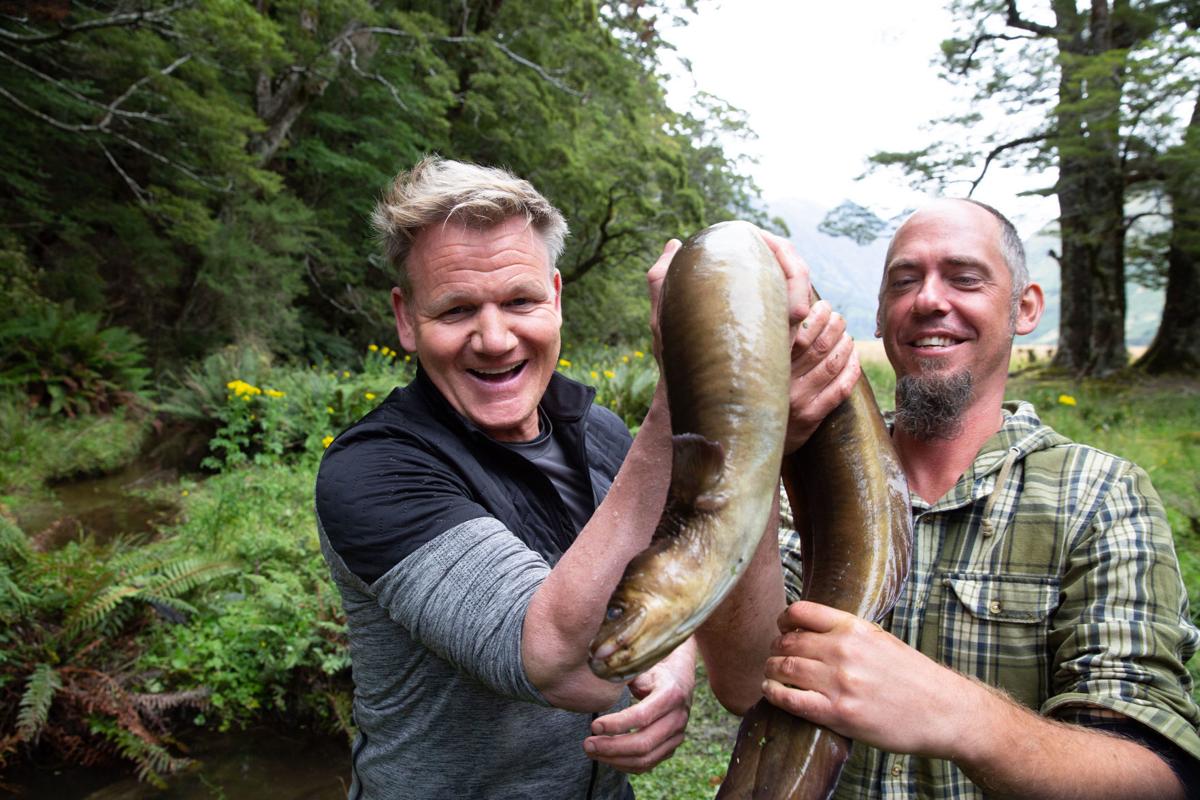