Gov. Glenn Youngkin on Thursday offered general ideas for how Virginia's community colleges can revitalize themselves after a decade of shrinking enrollment, calling for a bold, new way of thinking about community college.

Speaking to the State Board for Community Colleges, Youngkin discussed the importance of finding a new chancellor to lead Virginia's 23 community colleges, the need for more short-term credential programs and expanding dual-enrollment for high school students.

He struck a friendlier, let's-work-together tone, less than three months after telling members of the board they needed to comply with his vision or resign.

The outlook for 2022 is optimistic. According to early enrollment estimates released by the State Council of Higher Education, the number of community college students grew this year by almost 2% to roughly 147,000. It would be the first growth year in more than a decade. The figure is considered an estimate because enrollment numbers can fluctuate the first few months of the year.

The first step to rebuilding community colleges, Youngkin said, is finding a permanent chancellor to lead them. The last chancellor, Glenn DuBois, retired in June. Before he left, Youngkin asked the board to include his administration to help find a replacement.

Instead, the board disregarded the governor's request and hired Russell Kavalhuna, a Michigan community college president, as the new chancellor. Kavalhuna accepted the job but after meeting with Youngkin decided to stay in Michigan.

The board then named Sharon Morrissey its interim chancellor. It hopes to hire a permanent replacement by early 2023, a spokesperson for the system said Thursday.

In June, Youngkin doubled down on his request to be a part of the search, telling members of the board they should agree or resign. The board capitulated and added Secretary of Education Aimee Guidera as a non-voting member to the search committee.

Defending his involvement Thursday, Youngkin said, "I feel like I was hired for a reason, and that is to help, to support."

The governor made a pitch for expanding the number of short-term workforce credentials the colleges offer, which he says will help fill open jobs. Companies interested in expanding in Virginia ask the governor if they can build a sufficient workforce, he said.

The colleges' FastForward program allows students – who are mostly adults – to take classes for six to 12 weeks and become certified one of many industries, including welding, health care, information technology and skilled trades.

Since the program launched in 2016, 48,000 students have earned credentials. Graduates have increased their salaries by an average of 35%, or $7,000 annually.

While the number of degree-seeking students slid in the past decade, students earning credentials has grown in popularity.

Another initiative, the Virginia Infrastructure Academy, aims to produce 35,000 workers in the next five years to improve the state's roads, bridges and airports. In another, Brightpoint Community College in Chesterfield County plans to train future employees of Civica Rx, a nonprofit that manufactures low-cost drugs that is building a laboratory testing facility in Chesterfield.

Colleges need to quickly adapt to meet the needs of the business community, Youngkin said. "We need to be more nimble."

Youngkin asked the board to imagine a world in which every high school student earns an associate's degree or credential by graduation, allowing the student to immediately enter the workforce or go to college more prepared. Doing so could exponentially expand community colleges, he said.

"We can add zeroes to our numbers," Youngkin added.

One initiative Youngkin didn't mention is the G3 program – "Get a skill, get a job, get ahead" – a scholarship that allows low- and middle-income students enrolled in high-demand fields to pay no tuition.

Youngkin spoke about letting go of certain things to make room for what's most important, but he didn't specify what.

The governor also stressed the importance of affordability. One year of tuition and fees at a community college in Virginia costs $4,600 – less than half the average cost of a four-year public college in the state.

This summer, Youngkin asked every public college and university to keep tuition flat. Each school acquiesced except for George Mason University, which is still considering the matter.

"It hasn't been an argument, but a commitment, from this group of leaders," Youngkin said.

As of 12:10 p.m. Tuesday, 17,796 public comments, a majority in opposition to the proposed guidelines, had been submitted to the Department of Education.

A preliminary investigation indicates that a bass boat and an aluminum jon boat collided during a fishing tournament.

Obesity toll for kids and teens in Virginia grew during COVID

Worker was dead in S.C. department store bathroom for 4 days

Authorities say a 63-year-old worker died in the public bathroom of a South Carolina department store, but her body was not discovered for four days.

Robert Patterson, who wanted others to know about the help he'd received from Orange County clinic, died this week.

Attorney General Jason Miyares said this week that he will work with legislators to revive a bill that could allow his office to prosecute alleged sexual crimes against minors.

Hard Mtn Dew, the new alcoholic beverage from Mountain Dew, is now available in Virginia — one of the few states to carry it.

Rep. Liz Cheney says she thinks Glenn Youngkin is doing a good job as governor of Virginia, but faults his plan to campaign next month with election denier Kari Lake, the GOP candidate for governor of Arizona. 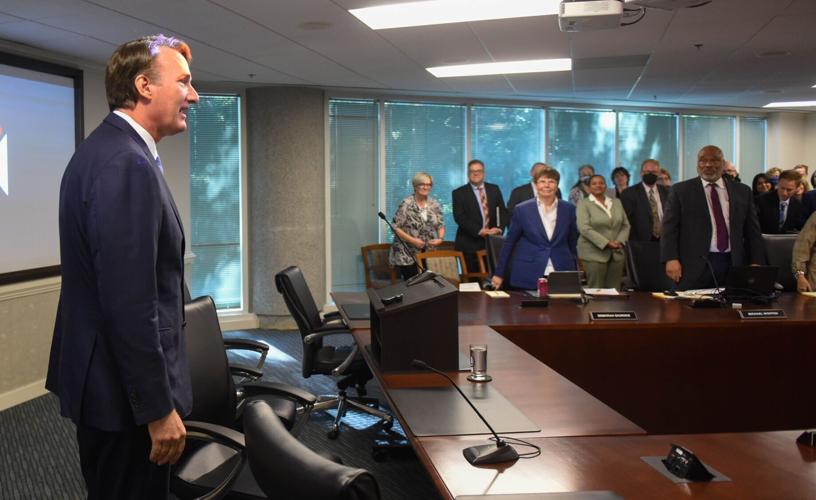 Gov. Glenn Youngkin visited the State Board for Community Colleges on Thursday. 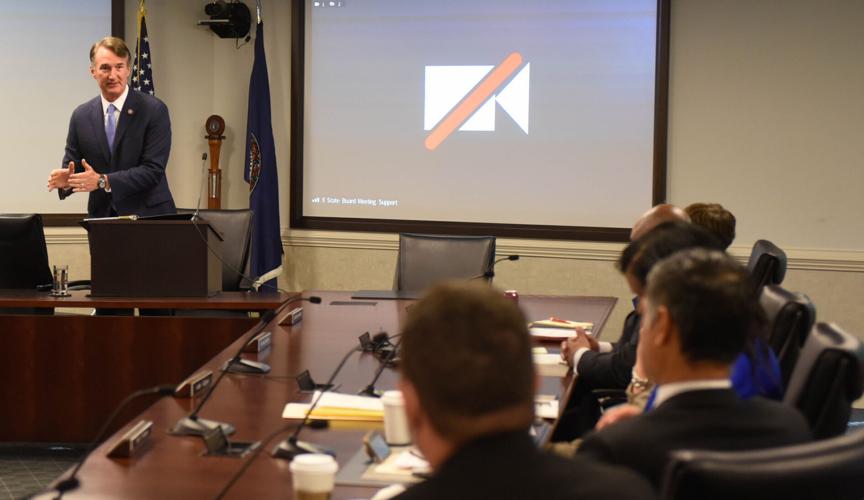