RICHMOND — As hundreds of thousands of Virginians get their shots of the COVID-19 vaccine, disease surveillance experts are turning their worries to those who remain unvaccinated — potential hosts for mutations of the virus.

Some mutations, strong variants bred far from here, are already present in Virginia, spreading more quickly than the virus we already knew. Looming is the threat of a mutation that thwarts safety measures, medical treatments and even vaccines — essentially the state’s reopening.

The ongoing challenge for health officials here and across the nation is that they can’t grapple with what they can’t see: Minimal testing of positive COVID-19 samples for variants, a disjointed patchwork, is leaving an elusive picture of variant prevalence. Building up that capacity, which is an ongoing effort, could prove critical in the face of a dangerous mutation.

Virginia’s state lab, which has been ahead of other states in its ability to analyze samples for traces of a variant, is averaging about 100 to 150 per week. The federal government, which is pulling data from public repositories and its own private contracts, reported that just 8,500 samples were analyzed for variants in the U.S. last week.

“We’re sequencing almost nothing right now,” said Dr. William Petri, an infectious disease expert at the University of Virginia. “Back in November, we were completely in the dark — no one was doing this in any systematic fashion, so now we’re better off than that.”

Testing for variants, also known as whole-genome sequencing, can be twice as expensive and time-consuming as diagnostic testing, and few laboratories have the infrastructure and expertise to do it.

Variants are mutations of the COVID-19 virus that have “some evolutionary advantage,” to the original virus — like the ability to spread more easily, Petri said. That is the case for five of the six variants present in the U.S., with the exception of the New York variants, which are still being studied.

Petri said that what we do know about vaccine and treatment efficacy should help people temper their worries: none of the variants that have been identified here has shown signs of being resistant to the vaccine or proven clinical treatments.

The CDC sorts variants into three categories. Variants of interest, which may be problematic but have not spread widely in the U.S.; variants of concern, which have spread widely and concern experts because of how easy they spread or because they cause more severe disease; and variants of high consequence, such a variant that would thwart our current testing, treatment or vaccination efforts.

As of Friday, the CDC has not identified any variants of high consequence. But as long as millions of people remain unvaccinated, the waiting game continues for epidemiologists.

In the coming weeks, Virginia’s state lab will try to boost its in-house capacity for variant testing from 150 samples per week to 400. A spokesperson for the lab, Killeen King, said the state has already ordered new equipment but it hasn’t been set up yet.

As the race to fight the virus shifts to understanding mutations, Virginia health officials leading the COVID-19 effort say they are tapping a broad range of resources to boost the number of tests that are sequenced for variants.

Dr. Denise Toney, the director of Virginia’s state lab, said she hopes to mirror the state’s efforts to expand diagnostic testing in Virginia, when it pooled resources from universities, hospitals and private labs into the One Lab Network to help increase testing.

The state plans to execute contracts with UVa and Virginia Tech. Toney said they are “closest in their ability to go live,” which would entail performing the sequencing and being able to funnel their data to the Virginia Department of Health.

She said Virginia Commonwealth University may follow, along with private hospitals and eventually smaller private labs. Larger private labs like LabCorp and Quest Diagnostics are already feeding their sequencing data to the federal government, which reported that it had received 5,005 results between January and April.

Around 600,000 people in the state have tested positive for COVID-19 in that time, meaning that 0.8% of all cases in Virginia have been analyzed for variants.

How many tests Virginia or any state should be doing, at minimum, to understand prevalence and detect a new variant is unclear.

“At the current time, there is not an established threshold from federal partners saying, ‘Virginia should sequence this percentage or this number,’” Toney said, adding that VDH is doing some modeling and forecasting to come up with a standard, taking into account limited resources.

At UVa, which will likely be the state’s first partner, Mathers said their capacity is 250 samples per week.

The lab can sequence nearly every positive COVID-19 sample processed by the school’s hospital. Through its partnership with the state, Mathers said her lab may shift to test samples from across the state as needed.

She said building capacity at other labs in the state could prove difficult because labs that have little experience in sequencing viruses may not have the “rigor” necessary for reliable results. She said it’ll be up to state officials to decide who meets their standards.

“We’re going to go ahead and help support and contribute to the state’s numbers,” Mathers said.

Ramping up Virginia’s variant detection efforts could have epic consequences in the fight to control and put an end to the pandemic.

For starters, depending on the specific variant, it could help target the state’s mitigation efforts. If a cluster of positive cases are tied to a particular variant known to spread more easily, like the South Africa variant, the state may ramp up its contact tracing efforts around those cases.

“With that information, we can be more proactive in our contact tracing and testing,” Toney said.

It could also help the state be more proactive about public restrictions. As we understand more about which variants are spreading here and how problematic they are, the state could act to curb spread before hospitalizations and deaths start rising.

There are benefits at treatment level, too. Mathers said UVa Health recently modified its antibody treatment — typically used in high-risk patients — as a result of new sequencing data. Known as monoclonal antibody therapy, the treatment involves infusing sick patients with antibodies that are mass-produced in a lab.

“One of the big things I’m thinking about is which [monoclonal antibody] we’re recommending,” Mather said. Sequencing takes too long to figure out which variant a particular patient contracted, and to treat them with that antibody cocktail. Instead, Mather is looking at the prevalence of variants in Central Virginia, and using that data to drive treatment for everyone.

She said the work is a “struggle” given our limited knowledge of variants, but could be life-saving for the most vulnerable COVID-19 patients.

“At UVa, we just transitioned our formula to focus on one that is more effective against the California variant which we know is in the state,” she said. “I’m using the prevalence data to help our local pharmacy and state pharmacy to decide when it is time to switch.”

The biggest payoff of all could come if the state ever found a variant that is resistant to the COVID-19 vaccine — at which point the state would have to act to quickly mitigate spread while vaccines are adjusted.

“If there is a variant that emerges that is vaccine-resistant, we need to work even harder,” Petri said. “What you’d like to do is identify it quickly and go crazy with public health interventions to make sure it doesn’t spread.”

MANTEO, N.C. — One person was killed after a portion of an old bridge on the North Carolina Outer Banks collapsed and fell into the water, aut…

In Virginia, approximately 30% of infections from the B.1.1.7 variant have been in patients under the age of 20.

William & Mary mistakenly tells 350 applicants they had been accepted

"This mistake is not something that we take lightly, and we sincerely apologize to all of those impacted by this error."

Wins, a 1985 graduate of VMI, took over for retired Army Gen. J.H. Binford Peay III, whose ouster followed publication of a story by The Washington Post that described an “atmosphere of hostility and cultural insensitivity" at the oldest state-supported military college in the United States.

The recording seems to conflict with Northam’s previous account that his team did not intimidate Inspector General Michael Westfall and his staff.

The police chief's remarks drew immediate criticism from the Isle of Wight NAACP.

Liberty University is suing its former president, Jerry Falwell Jr., for at least $10 million, claiming his conduct over the past few years resulted in several breaches of his contract and duties during his time there.

2 tigers at Virginia Zoo test positive for the coronavirus

NORFOLK — Two tigers at a zoo in Virginia have tested positive for the coronavirus.

William & Mary mistakenly tells 350 applicants they had been accepted

William & Mary accidentally sent an email to 350 applicants who had been denied or waitlisted congratulating them on their acceptance. 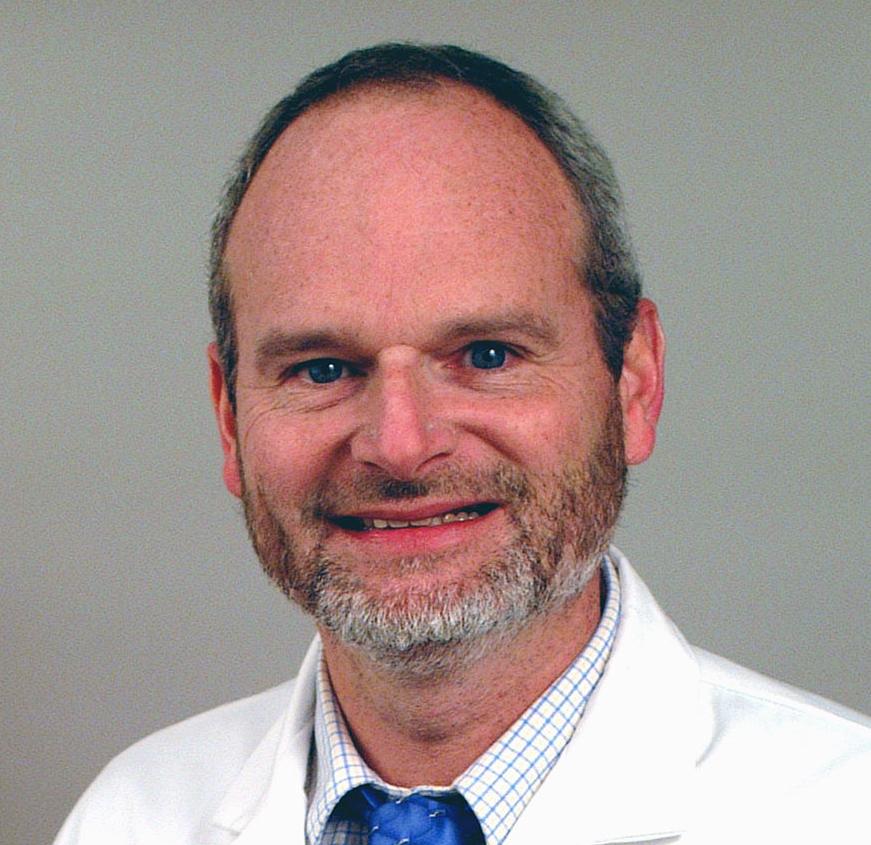 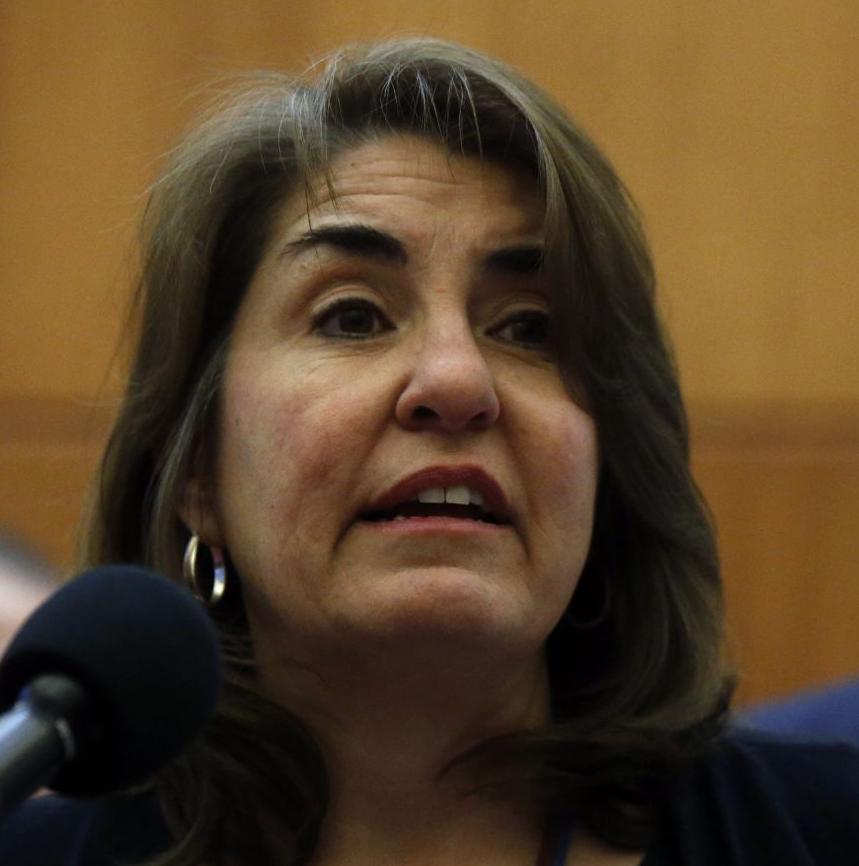