A granddaughter and her boyfriend have been arrested and charged with second-degree murder in the death of an 88-year-old Danville woman, authorities announced Monday evening.

Lindsey Mae Johnson, 24, and 22-year-old Nicasio Antonio Guzman, both of Chapel Hill, North Carolina, are charged in the homicide of Elizabeth Morris Adkins who was found dead in her home at 368 Juless St. on Sunday morning.

“The police department cannot speak on the motive for this homicide, as the investigation is ongoing, but investigators do not believe this to be a random act nor are any further suspects being sought,” authorities announced in a Monday evening news release.

Police have worked around the clock since discovering Adkins dead shortly after 10:45 a.m. Sunday. Officers responded to a 911 call after someone found the woman unresponsive inside her home. She was pronounced dead on scene.

Evidence at the scene led to the death being investigated as a homicide, police reported in a news release, without providing any other details.

“Through the assistance of the members of the local Juless Street community, the suspects in this tragic homicide were identified, arrested and are now being held at the Danville City Jail without bond,” police wrote in the news release.

On Sunday, police enlisted the help of Juless Street residents who had surveillance cameras.

The investigation is still considered active, police said. The Chapel Hill Police Department is helping Danville officers with the probe.

More charges are possible in the coming weeks, police said.

The victim’s body was transported to the Medical Examiner’s Office in Roanoke for an autopsy and final determination of cause of death.

The adult was hospitalized with complications from hepatitis A and had underlying medical conditions, according to health department officials. Thirty-seven cases and 26 hospitalizations have been confirmed.

As of Wednesday, the health department identified 44 cases with at least 26 hospitalizations and one death in the  hepatitis A outbreak at three Famous Anthony’s locations in the Roanoke Valley.

The entire 356 acres of the property including more than 3 miles of lake frontage will be offered in the auction.

When voters decide on a new lieutenant governor Nov. 2 they won't just be picking a personality to preside over the state Senate.

Virginia's redistricting commission, continuing to split along partisan lines ahead of its Monday deadline, appears close to failure on fashioning a map of the state's congressional districts.

A Black judge in NC voiced views on race and religion. Now the case has been overturned.

The 2-1 appeals court decision means it would fall to the state Supreme Court to consider any appeal. But it's unclear one will be requested since both sides in the case sought a new trial.

The Virginia Beach SPCA received 45 dogs Saturday that were surrendered from an animal hoarding situation on the Eastern Shore. In a Facebook post, the SPCA said there were more than 100 found inside a home on the Eastern Shore. Animal hoarding is defined by the American Society for the Prevention of Cruelty to Animals as “an inability to provide even minimal standards of nutrition, ...

One killed, others injured in four-vehicle crash on I-95 in Thornburg

A fatal four-vehicle crash that killed one person and injured at least three others Wednesday morning on Interstate 95 in Spotsylvania County is being investigated by Virginia State Police.

The Spotsylvania man shot by a county deputy during a highly publicized incident on April 21 has filed a $26 million lawsuit against the deputy and Sheriff Roger Harris. 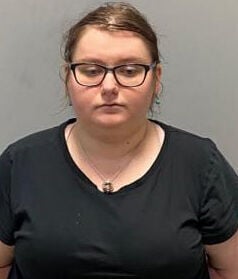 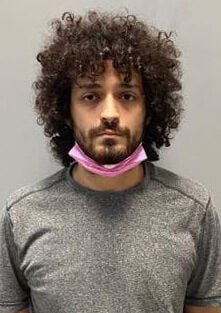