Coronavirus update: Wave of evictions expected as moratoriums end in many states. Get the latest.

A U.S. Immigration and Customs Enforcement official says the agency has taken steps to mitigate the spread of the coronavirus at the Farmville facility. 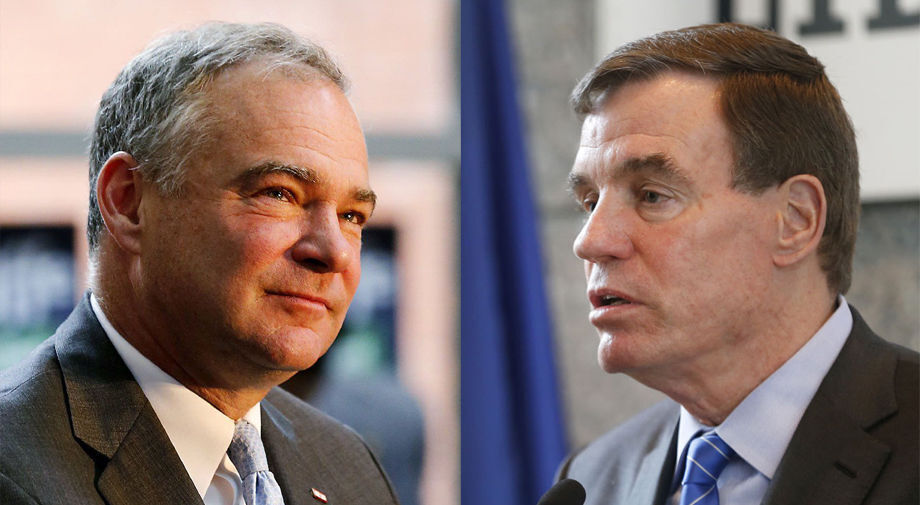 Virginia’s U.S. senators, Mark Warner and Tim Kaine, are urging help be sent to the immigration detention center in Farmville — where roughly 9 in 10 detainees have tested positive for COVID-19, drawing national attention.

In a letter to President Donald Trump on Wednesday, the Democratic senators asked for the White House to work with the Centers for Disease Control and Prevention to dispatch experts to Farmville.

As of Wednesday morning, U.S. Immigration and Customs Enforcement reported that 290 detainees had tested positive for the coronavirus and 262 of the confirmed cases were under isolation or monitoring. According to Kaine and Warner, there were 26 confirmed cases among staff members.

There were 312 detainees at the center, which is owned by Immigration Centers of America, as of Tuesday. ICE said Wednesday that most of the detainees testing positive had no symptoms; one had been hospitalized, and three who were exhibiting symptoms were being monitored at the facility.

In their letter to the president, Kaine and Warner wrote: “The Farmville ICE facility and surrounding community now face a dire situation where almost every detainee at the Farmville facility has tested positive for COVID-19. This presents a clear risk to individuals within the facility but also endangers the broader community as facility staff and released detainees have interaction with the general public.

“It is incumbent upon your administration to work with the CDC to create and deploy teams of epidemiologists to conduct an assessment of the pandemic’s impact at the Farmville ICE facility,” the senators added. “State and local officials stand ready to support the CDC in efforts to help contain the current outbreak before it spreads to the surrounding Farmville community.”

Gov. Ralph Northam’s office offered state help to Farmville in May. In an email, Northam spokesperson Alena Yarmosky wrote Wednesday that the governor is “deeply concerned about increases in COVID-19 cases within ICE detention centers, most notably at the Farmville Detention Center in Virginia.

“On July 22nd, the Governor sent a letter directly to President Trump ... seeking urgent CDC intervention and widespread testing of all residents and staff,” Yarmosky wrote. “The CDC responded and is currently working with state and local health officials to further assess the situation. The Governor appreciates their quick response.”

In May, Northam’s office offered to help conduct COVID-19 testing that could be used to curb the spread of the virus in the facility.

Kaine and Warner’s letter Wednesday complained that they have repeatedly pushed the Trump administration to prevent and mitigate the spread of the coronavirus in Virginia detention facilities. A second facility is located in Caroline County.

In a prepared statement Wednesday, an ICE spokesperson said that the welfare and safety of detainees is a high priority and that steps have been taken to mitigate the spread of COVID-19, including the use of expanded voluntary testing for detainees in the agency’s custody.

ICE said the Farmville facility “has ramped up its efforts to protect and care for detainees in its custody by providing face masks, procuring additional handwashing stations and most recently, administering comprehensive testing of all detainees.”

Testing was offered to all detainees at Farmville from July 1 to July 3 to learn the scope of COVID-19 cases at the facility.

“The majority of those who tested positive are asymptomatic, but are being closely monitored and receiving appropriate medical care,” ICE said.

The agency said medical checks are done twice a day, including a temperature screening.

“ICE continues to incorporate the Centers for Disease Control’s COVID-19 guidance, which is built upon the already established infectious disease monitoring and management protocols currently in use by the agency,” the agency said in its statement.

Kaine and Warner say that after a transfer of 70-plus detainees from Florida and Arizona in June led to a spike of more than 50 coronavirus cases at Farmville, they urged the Department of Homeland Security to prioritize the health of detainees and workers and to stop transfers between facilities.

Within two weeks of the June transfer, more than half of the detainees tested positive for COVID-19, the senators wrote.

Out of 22,000 detainees across the U.S., there currently are 941 positive cases, according to ICE. Almost 4,000 detainees have tested positive at some point, and three have died.

Check out our website for current listings and open houses!

Get a Quote from Towe Insurance Inc.!