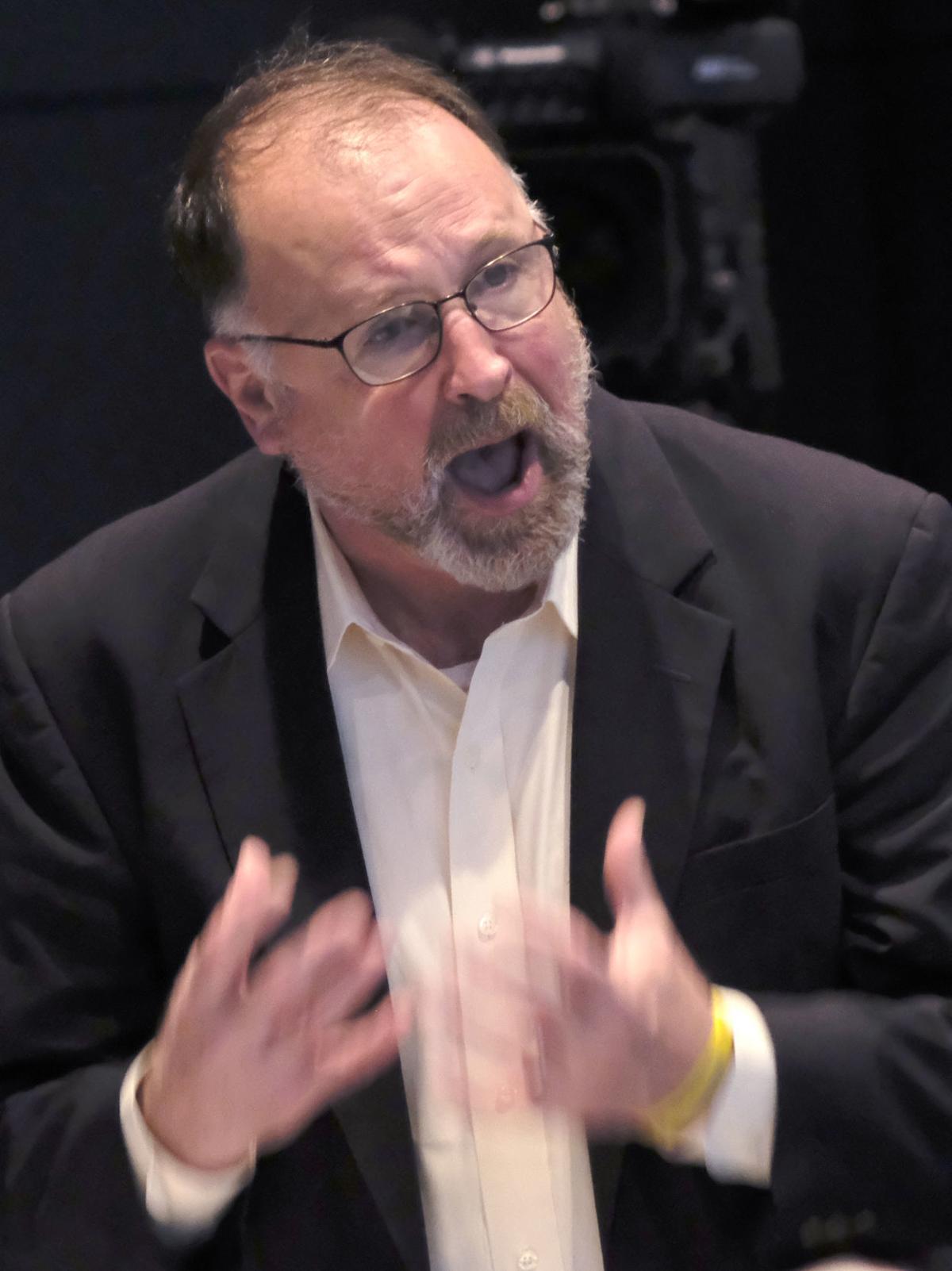 BOB BROWNSen. Creigh Deeds, D-Bath, speaks for passage of SB5120, a bill dealing with changes to the election law during the floor session in the temporary Virginia Senate chamber inside the Science Museum of Virginia in Richmond, VA Friday, August 28, 2020. 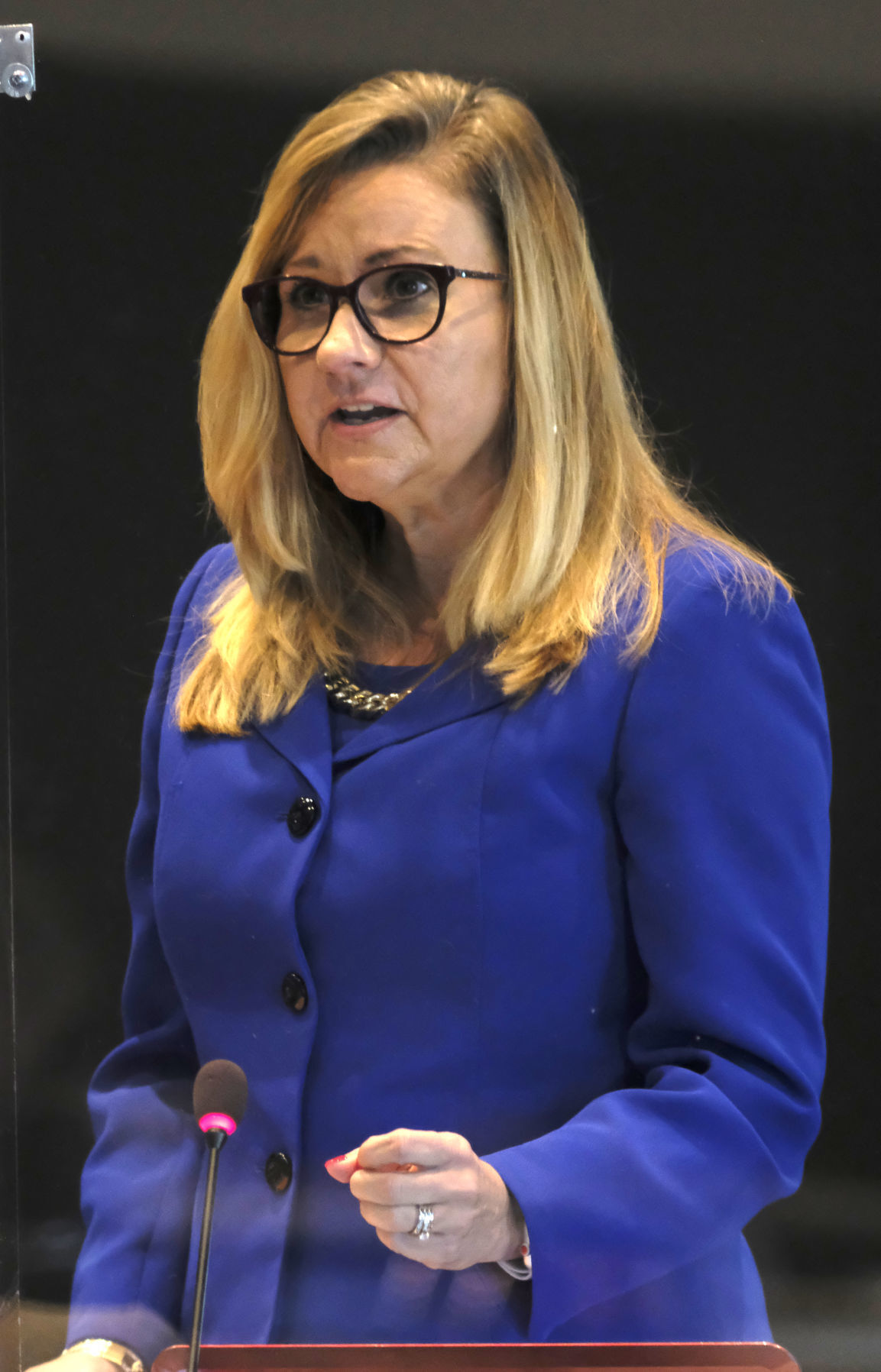 BOB BROWNSen.Amanda Chase, R-Chesterfield, speaks against passage of SB5120, a bill dealing with changes to the election law during the floor session in the temporary Virginia Senate chamber inside the Science Museum of Virginia in Richmond, VA Friday, August 28, 2020.

The legislation, which was broadly opposed by Republicans citing security risks, was championed by Democrats who now control the state legislature and want to expand access to the ballot.

Along with the presidential race, Virginians will vote for a U.S. Senator, seats in the U.S. House of Representatives and local offices in the Nov. 3 election. Voters also will weigh in on a proposed constitutional amendment regarding how the state draws its legislative and congressional districts.

Lawmakers voted to appropriate $2 million to reimburse local governments for the cost of providing prepaid postage to voters to mail their absentee ballots. Other language in the bill requires local election officials to create drop boxes ahead of the November general election for people who don’t trust the U.S. Postal Service to deliver their ballots in time to be counted.

The legislation also allows voters who make technical errors on their ballots to correct them as long as their original ballot was cast by Oct. 31. Senate Bill 5120, and its companion measure, House Bill 5103, is a stand-alone budget bill that would take effect immediately after Gov. Ralph Northam signs it into law.

After brief debate, the House voted 54-42 to approve the measure.

“We have taken steps today to ensure we protect Virginians’ scared voting rights from interference — whether from a pandemic or a Postmaster General,” said House Speaker Eileen Filler-Corn, D-Fairfax.

Del. Kirk Cox, R-Colonial Heights, spoke briefly against the bill, saying that there are more pressing needs that could be addressed with the $2 million dedicated to prepaid return postage on absentee ballots.

“We might as well give gas cards to people to get to their polling place,” said Cox, who is exploring a run for governor. “This is just not a wise use of money.” Cox added that the state isn’t providing any funding for the drop boxes — an unfunded mandate for localities amid uncertainty about much they’ll cost.

The Senate voted 21-16 to approve the measure after a second day of prolonged partisan debate.

Republican opposition focused on the use of drop boxes under regulations that the Board of Elections has yet to develop and adopt. Sen. Steve Newman, R-Lynchburg, who has led the fight to amend or defeat the bill, said the use of drop boxes “is clearly not necessary to allow an individual to safely vote.”

Newman also reminded the Senate again about the danger of fraud by allowing someone other than the voter to deliver an absentee ballot to a drop box, which the bill said would be located at the local registrar’s office, voting precincts on Election Day and other secure locations recommended by the registrar. The Senate rejected his proposed amendment on Thursday to require the voter to deliver the ballot.

“This bill allows us to put someone or an organization between the voter and the ballot box,” he said.

However, Sen. Adam Ebbin, D-Alexandria, said, “Anybody can take it to the mailbox, too.”

Sen. Joe Morrissey, D-Richmond, voted for the bill, but argued that the use of drop boxes is unnecessary because people can mail their absentee ballots, but Sen. Janet Howell, D-Fairfax, and other Democrats said their constituents don’t want to rely on the under-funded U.S. Postal Service to deliver their ballots on time.

“There are people who just don’t trust the post office,” said Sen. Creigh Deeds, D-Bath, chairman of the Senate Privileges and Elections Committee.

Supporters say the use of drop boxes and other measures in the bill are necessary to allow people to vote on Nov. 3 without risking their health by leaving their homes.

“It’s the elderly, people with disabilities, people with underlying conditions, most of them Black and brown Virginians, who are already suspicious about whether their ballot is going to count,” said Sen. Jennifer McClellan, D-Richmond, who is running for governor.

Opponents argued that the bill would undermine public confidence in the November election.

“I think we’re really missing the root of the problem, which is we have to make our voting more secure,” Sen. Jen Kiggans, R-Virginia Beach, said.

Deeds said Republicans concerns about the bill were overstated and misplaced.

“There is no evil in this bill,” he said. “We’re in a pandemic. People are afraid to leave their homes.”

Each chamber will now take up the opposing chambers’ legislation — a mere procedural vote since the language is identical. The measure will then go to the governor’s desk.

Sudanese man in NYC unable to talk to family

BOB BROWNSen. Creigh Deeds, D-Bath, speaks for passage of SB5120, a bill dealing with changes to the election law during the floor session in the temporary Virginia Senate chamber inside the Science Museum of Virginia in Richmond, VA Friday, August 28, 2020.

BOB BROWNSen.Amanda Chase, R-Chesterfield, speaks against passage of SB5120, a bill dealing with changes to the election law during the floor session in the temporary Virginia Senate chamber inside the Science Museum of Virginia in Richmond, VA Friday, August 28, 2020.