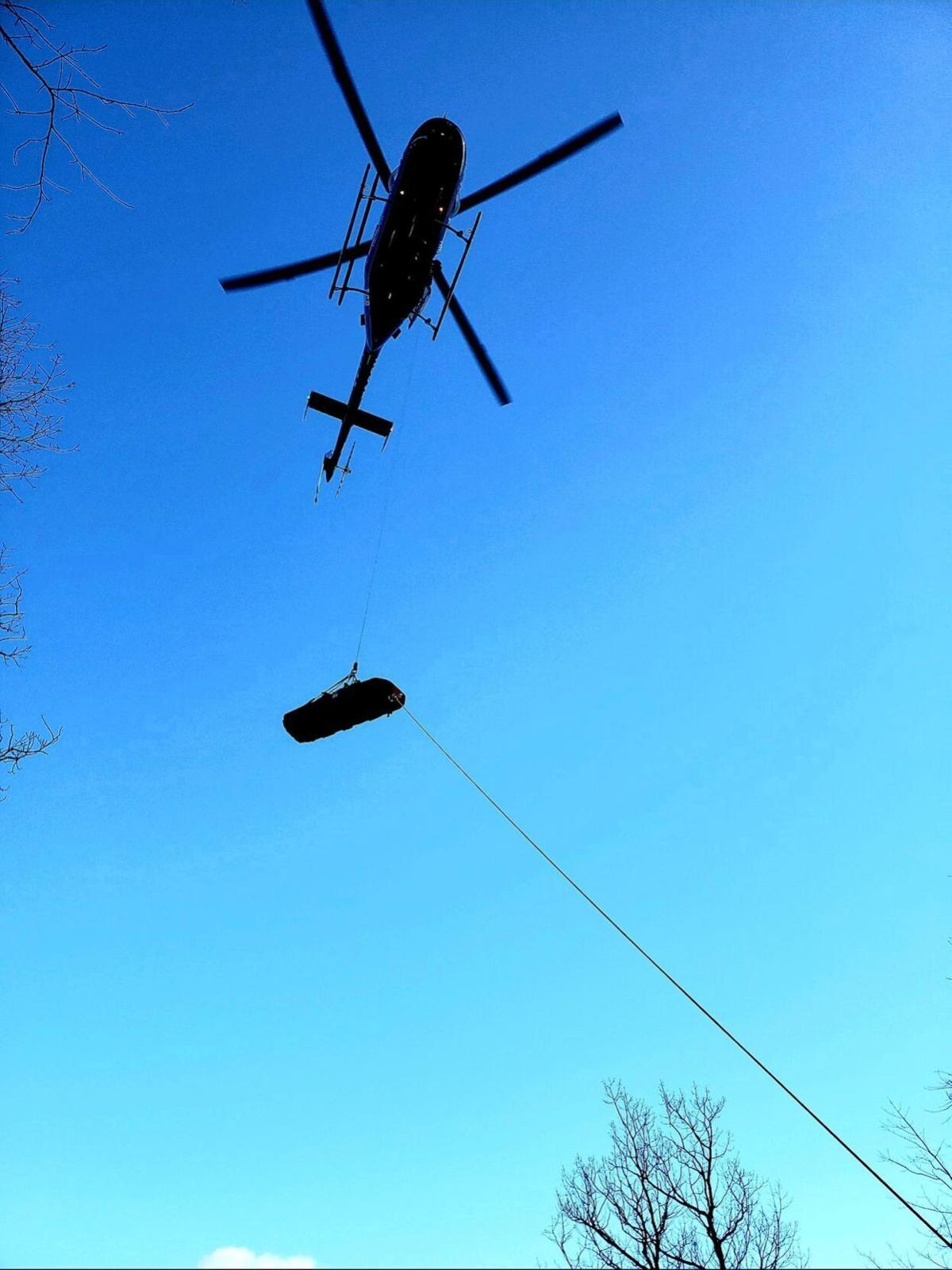 The first rescue took approximately nine hours and happened on the trail near Big Island and the James River Foot Bridge in Bedford County.

A Facebook post from Virginia Division III Technical Rescue Team said the hiker fell down a snow- and ice-covered portion of the "mountainside at least 250 feet." The hiker had injuries to his legs and face and was suffering from hypothermia.

A helicopter from the Virginia State Police was requested by rescue officials to assist in removing the hiker from the embankment.

A Facebook post from the Roanoke County Fire & Rescue Department said the hiker fell from the Sawtooth Trail, which is the Appalachian Trail connector trail from McAfee to Dragons Tooth.

Officials said the hiker was about a mile away from the parking lot and suffered a head injury after falling down the steep embankment. The hiker was later carried "off the trail through steep, icy terrain and over a creek, exiting near The Homeplace Restaurant."

Both hikers were hospitalized in stable condition.

US rejoins the Paris Agreement

Gov. Ralph Northam announced Wednesday the loosening of some public COVID-19 restrictions, including the lifting of a stay-at-home curfew and an expansion of alcohol sales.

"The loud cheering that you're about to hear from [death row] can metaphorically be heard at the graveside of those five crime victims," said Del. Rob Bell, R-Albemarle.

The familiar silver-gray-and-blue police sedans driven by state troopers on Virginia's roadways are being phased out, perhaps for good, as the department transitions its fleet to Ford Interceptor Sport Utility Vehicles as a matter of necessity.

Teachers, state employees and state-supported local employees would receive raises of 5% in the next fiscal year, with additional money for state police salaries, under a budget agreement House and Senate leaders reached late Wednesday night.

"… It’s in our creeks and in our rivers, in our ditches and on the roadways.”

After claims of discord and sexism, Virginia Tech to dissolve Student Government Association

“I’m really proud of the way that our students have been collaborative and visionary in looking for ways to share power among themselves.”

Due to a shorter session, legislators were forced to narrow the number of bills brought before their respective bodies.

Virginia Gov. Ralph Northam along with health and public safety officials gave an update on the state's fight against COVID-19.