RICHMOND — More than 3,500 people have been hospitalized by COVID-19 and discharged.

The Virginia Hospital and Healthcare Association, which represents 27 health systems and 110 hospitals, reported Wednesday that 3,544 people have been discharged after fighting the virus, an increase of 144 people since Tuesday. Roughly 1,500 people remain hospitalized, according to the VHHA.

Of Virginia’s 927 COVID-19 deaths, which is 36 more than VDH reported Tuesday, 899 are confirmed to have been caused by the coronavirus and 28 are probable.

The Thomas Jefferson Health District has reported six new cases this morning, based on data submitted to VDH as of 5 p.m. yesterday. This brings the total amount of cases in the TJHD to 360. 65 people have been hospitalized, and there have been 13 reported fatalities.

The VDH has also put together a dashboard with information broken down by zip code. You can explore that below.

Last month, the agency started including probable COVID-19 cases and probable deaths in the state's overall tally. Probable cases are people who are symptomatic with a known exposure to COVID-19, but whose cases have not been confirmed with a positive test.

The number of outbreaks - defined by the state as at least two laboratory-confirmed cases connected by people, place and time - rose slightly from Tuesday to Wednesday from 275 to 277, the majority of which are in long-term care facilities.

Northern Virginia, specifically Fairfax County, continues to have the most cases in the state.

the Richmond Times-Dispatch's Justin Mattingly contributed to this report. 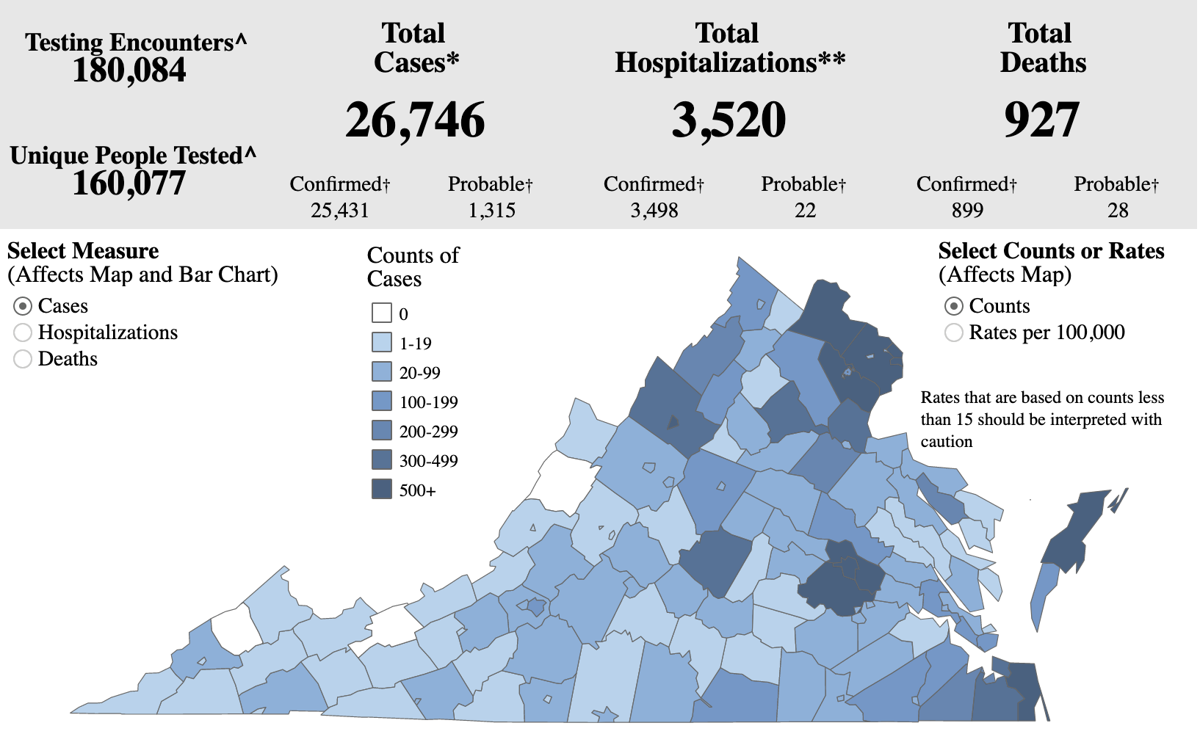 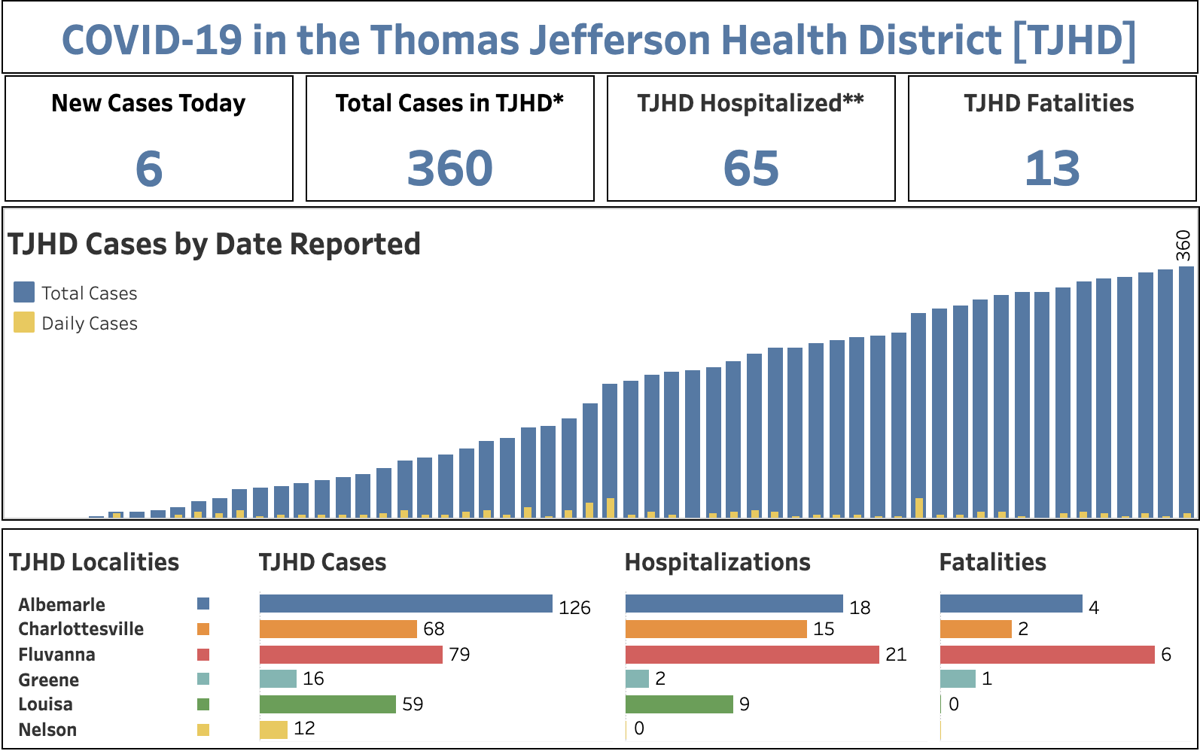 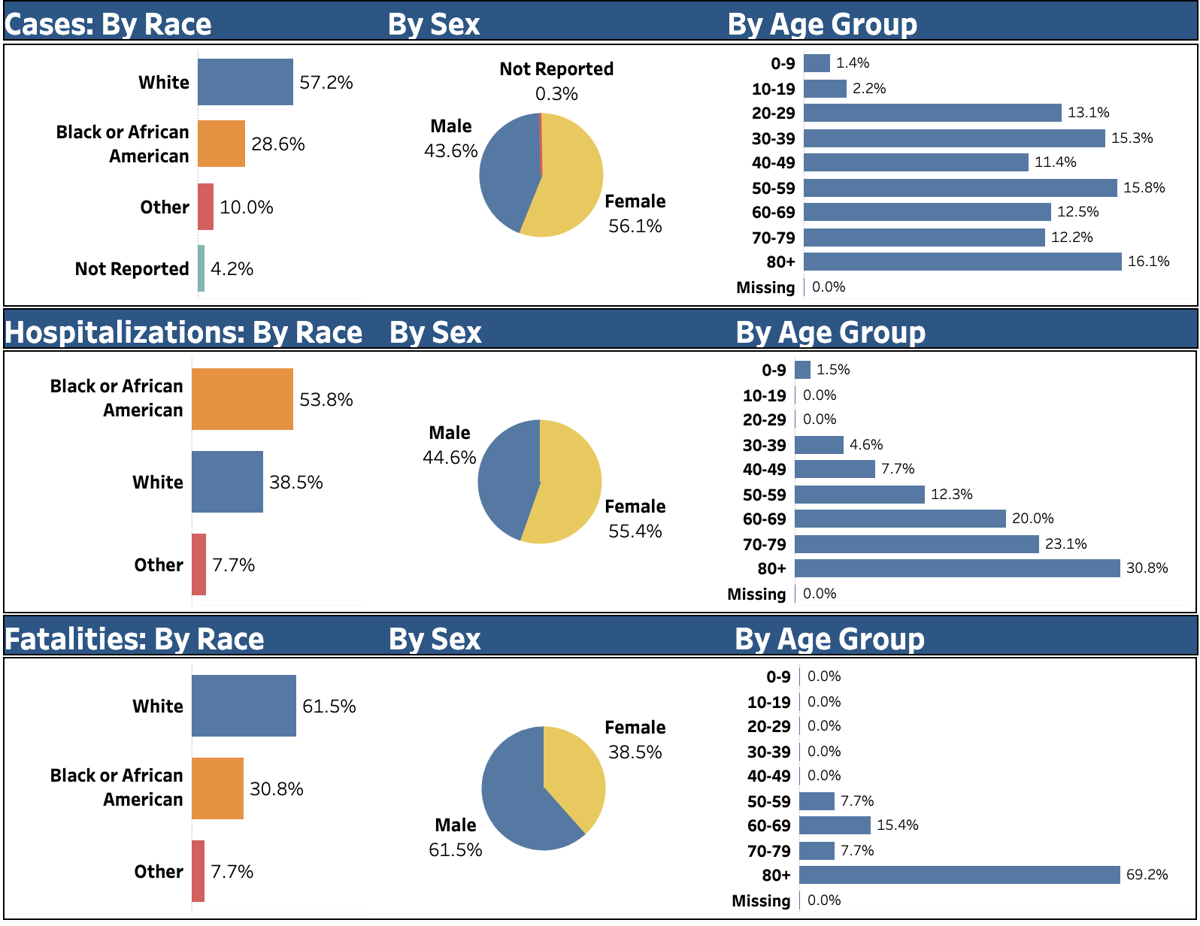